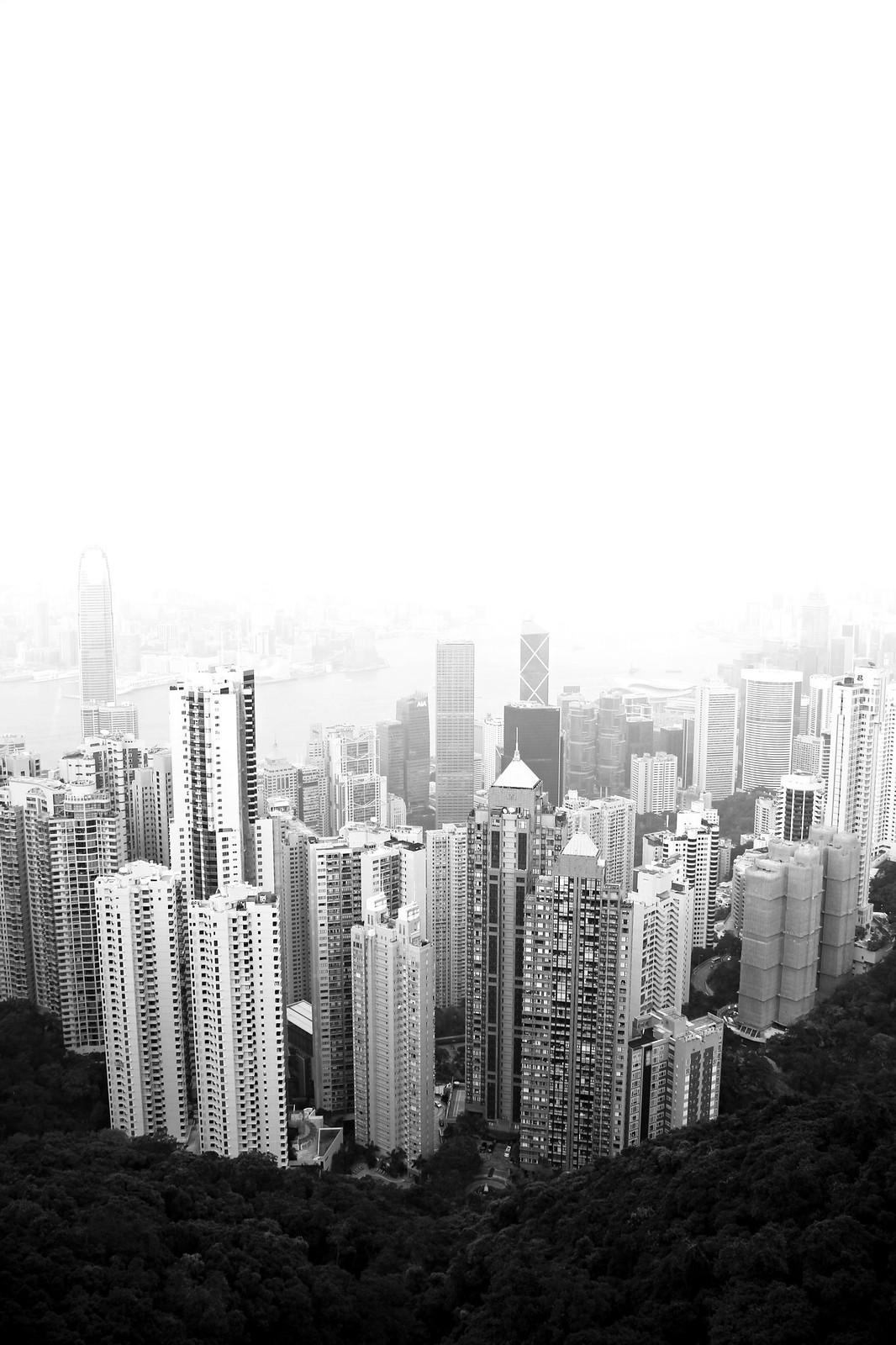 As one of the top travel destinations for us Singaporeans this year, Hong Kong needs no introduction, I presume. Memories of my last time here (when I was still a child) are already a blur so I was determined to come up with a good itinerary. On hindsight, Hong Kong may seem like a bore to some since all you can do is eat and shop. Indeed, those were all I did. And I was enjoying them so much that returning home was absolutely dreadful…

This time round, I’ve taken less photos compared to my other trips but I still included a guide to nearly all the places I’ve been to dine at! Hope they’ll be of help to anyone at all. I also headed up to the overrated-but-still-amazing Victoria Peak via the Peak Tram. I was actually more fascinated by the sunset over the trees on the other side of the observatory deck than the urban density. 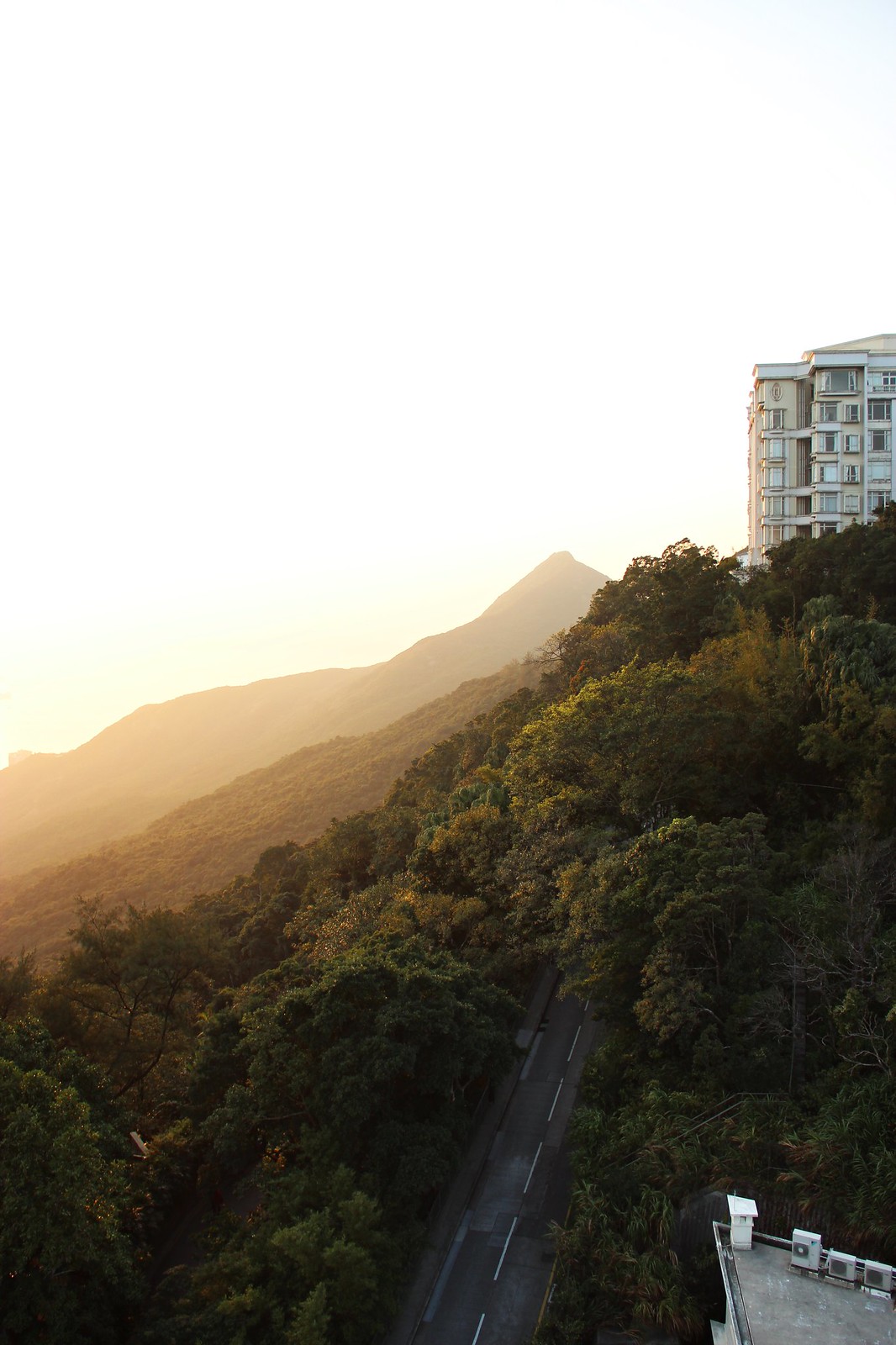 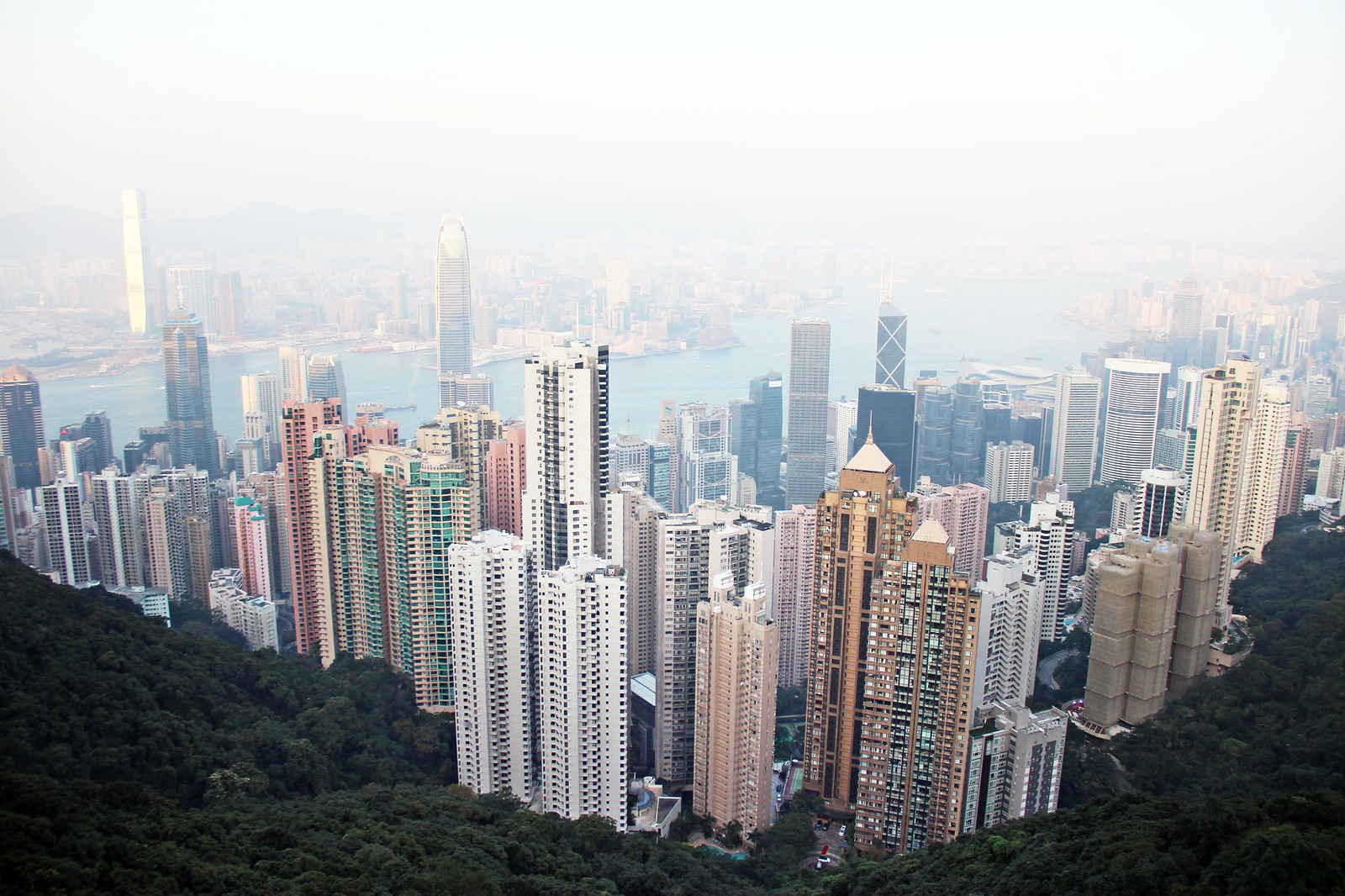 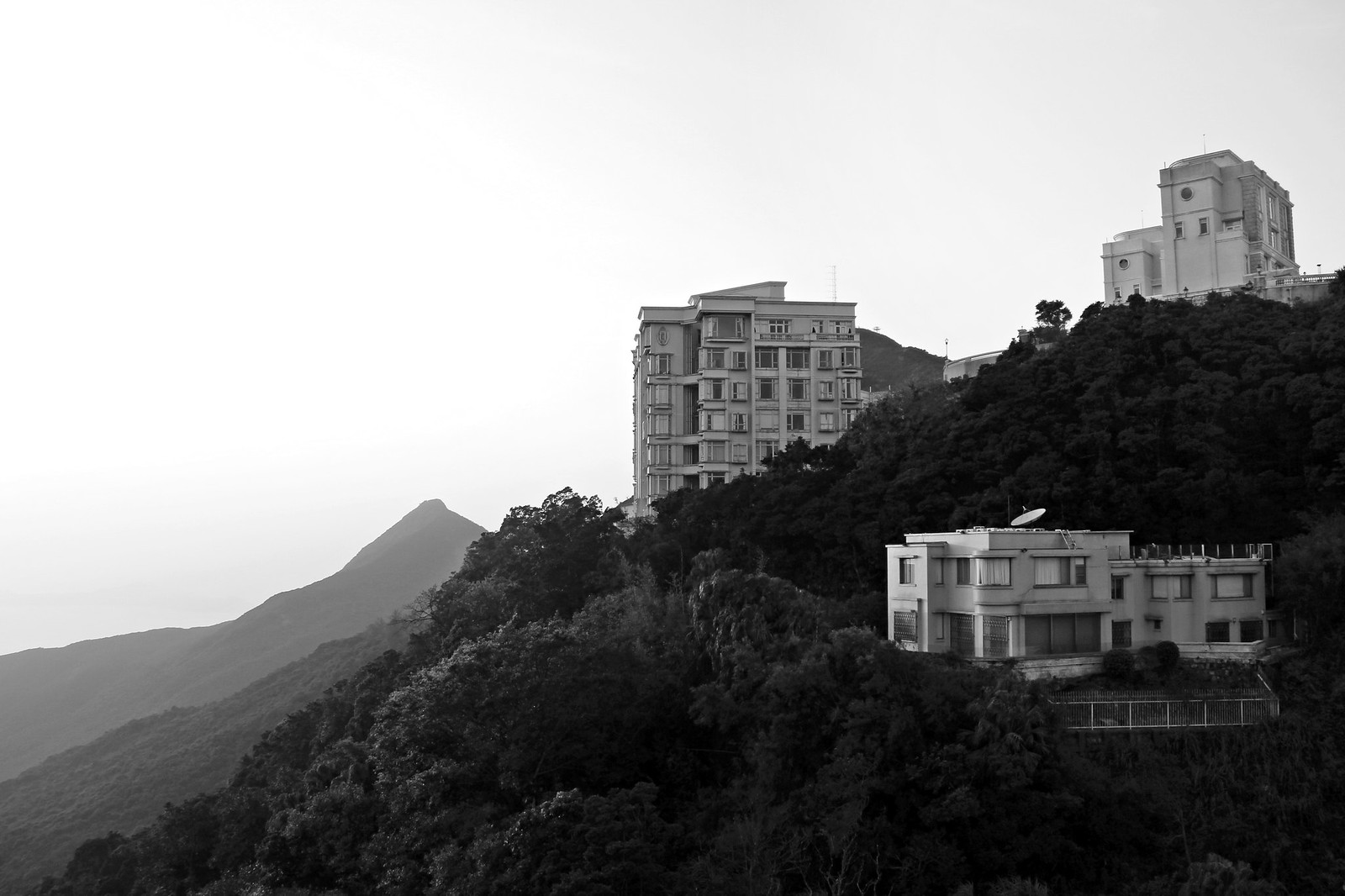 Kau Kee Restaurant – according to reviews, this place serves the best beef brisket noodles. I had the Beef Brisket in Oyster Sauce with Flat noodles served with broth (HKD$50) and the beef brisket sure did not disappoint. Portion sizes are huge as well. At 10pm, half an hour to their closing time, there was still a line of people queuing to get a seat in the house!

Little Bao – essentially an American diner in Asian style. This was perhaps the most memorable meal for me. I really wanted to do a separate post for this place initially but I was rather hungry from waiting half an hour to get seats so I just went ahead and dug in. Plus, the food here was so good, I could barely stop to snap some crappy photos on my iPhone. Over here, I ate the best Truffle Fries (HKD$98) I’ve ever had. Instead of simply frying the fries in truffle oil and salt, the ones here come with a unique truffle mayo with shitake tempeh and pickled daikon. Who knew a mushroom-infused truffle mayo sauce can make truffle fries taste so damn good?! The Orange Chicken (HKD$98) is more of an acquired taste because of its salted egg yolk though. Their baos take the center stage here. We tried the Pork Belly (HKD$78) and Chicken (HKD$78), both were superbly tasty. Don’t leave without trying the LB Ice Cream Sandwich (HKD$48), which comes in flavors like green tea and vanilla.

Lof 10 – this one’s for the hipsters who are in need of some caffeine intake. I am absolutely in love with the small, minimal space of the cafe. 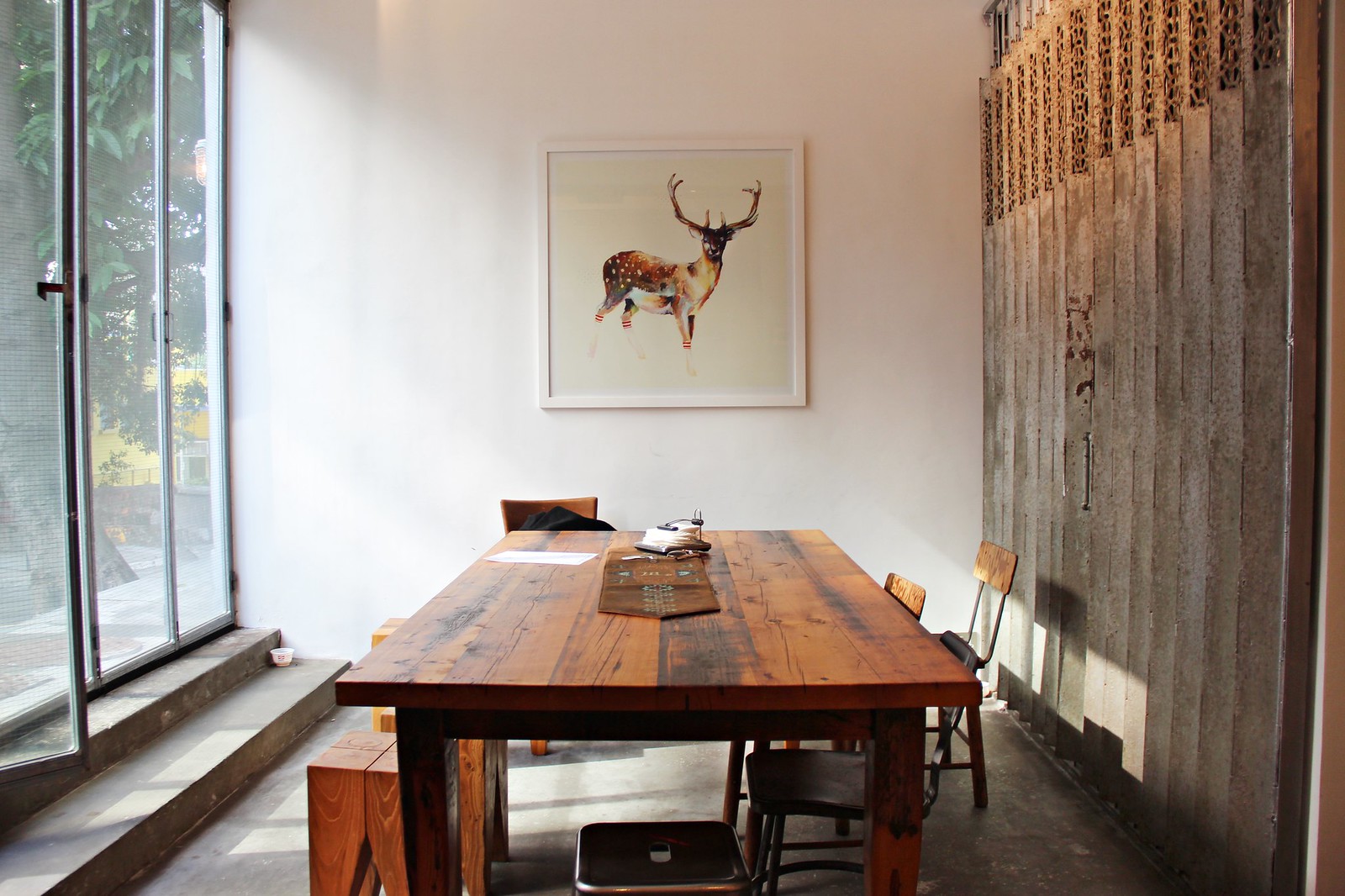 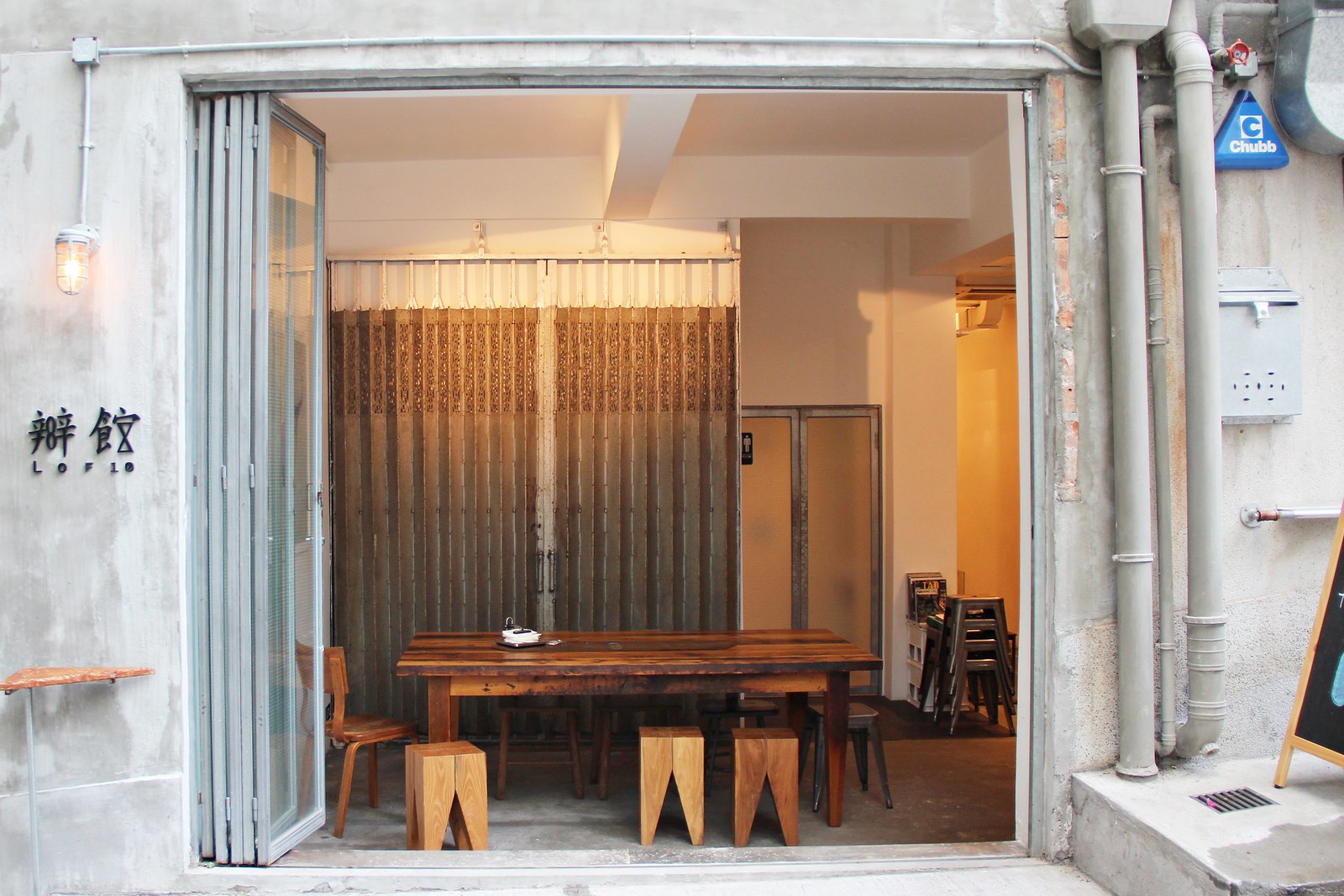 Mido Cafe – this two storey cha chaan teng is full of nostalgia, it’s like you’re transported back in time. Sitting next to an open window with a cool breeze flowing in while having their Iced Milk Tea (HKD$17), Pineapple Bun with Butter (HKD$12), Condensed Milk and Butter Toast (HKD$10) and Ham and Macaroni in Broth (HKD$30)… I don’t ever want to move an inch from my seat. Unlike the more touristy cha chaan tengs, there is no need to share a table with others, be squeezed to discomfort in a small corner or be pressured to finish up your meal and go.

One Harbour Road – getting into an “atas” Chinese restaurant is also a must in HK. Originally, I wanted the all-time famous 3 star michelin Lung King Heen, but since there were only the two of us I thought it might be better to go with a bigger group another time. Dining at merely the 7th floor of the Grand Hyatt hotel may not sound as impressive, but we had a great view overlooking Victoria Harbour by the floor-to-ceiling glass windows. Service is impeccable, and I was surprised that they have an attendant in the toilets to greet you and hand you paper towels to dry your hands. Some memorable items from the dim sum menu we tried include the Steamed Honey Roasted Barbecued Pork Buns (HKD$66) and the Baked Turnip, Minced Pork and Pepper Puff Pastries (HKD$66). We also had a mouthgasmic Minced Beef and Egg Fried Rice with Black Truffles (HKD$218). Best fried rice I’ve had. 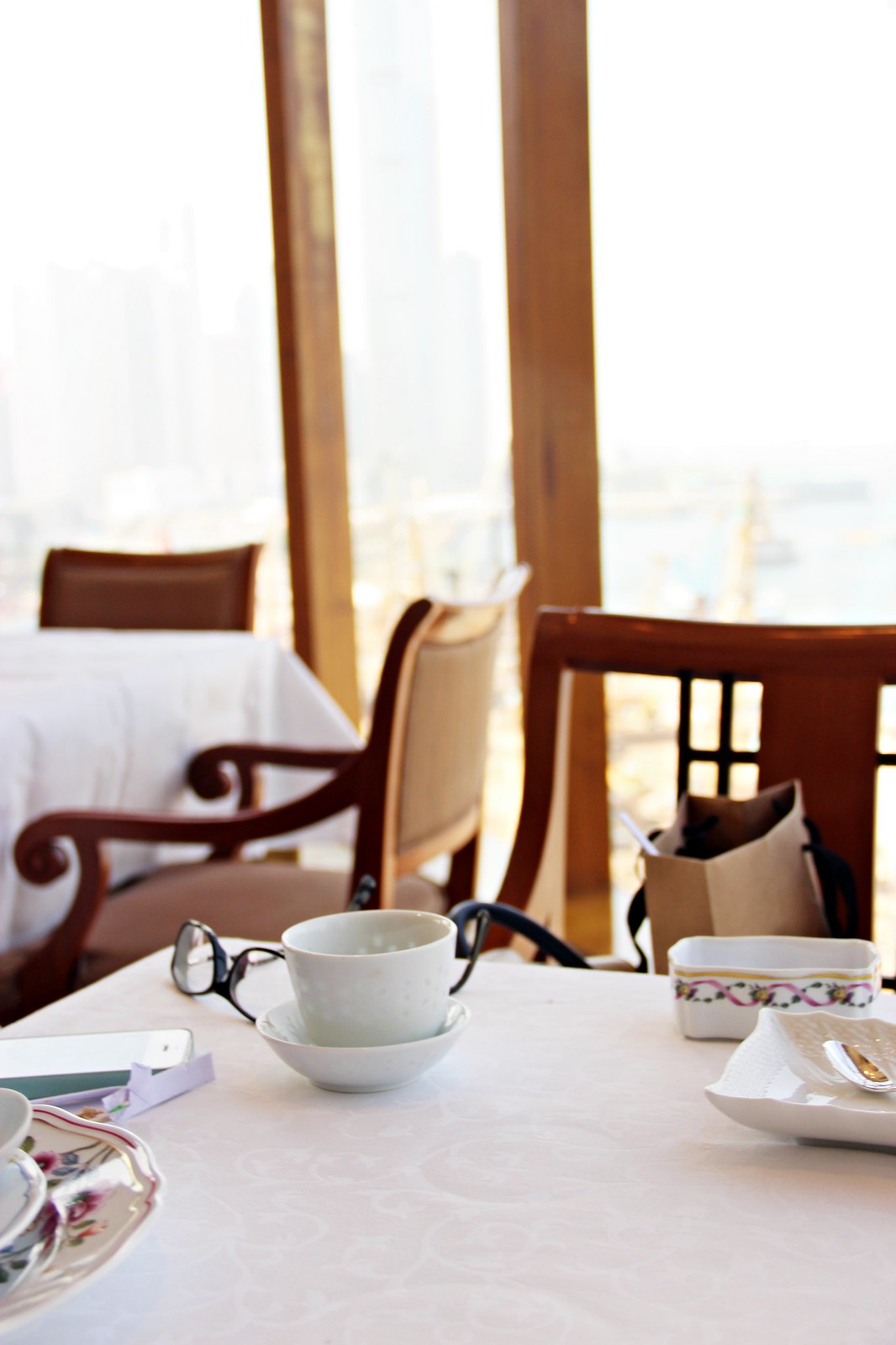 Pierre Herme – I got the box of 12 at an astounding HKD$350. Well, it was worth every cent. You have to get the White Truffle with Piedmont Hazelnut macaron and the Chocolat and Foie Gras macaron. Nuff said.

Syut by Tfvsjs 談風: vs :再說 – the most “concealed” place I went on the trip. This restaurant set up by their local band is hidden in one of the several nondescript factory buildings, you would think that nobody would ever find their way here. Fact is that this modern industrial themed restaurant was nearly full for lunch. The Chicken Risotto with Walnut Oil (HKD$86) was not overly cheesy while the Veal Sausage Cassoulet (HKD$98) came with a special 64°C egg and balsamic shallot chutney. 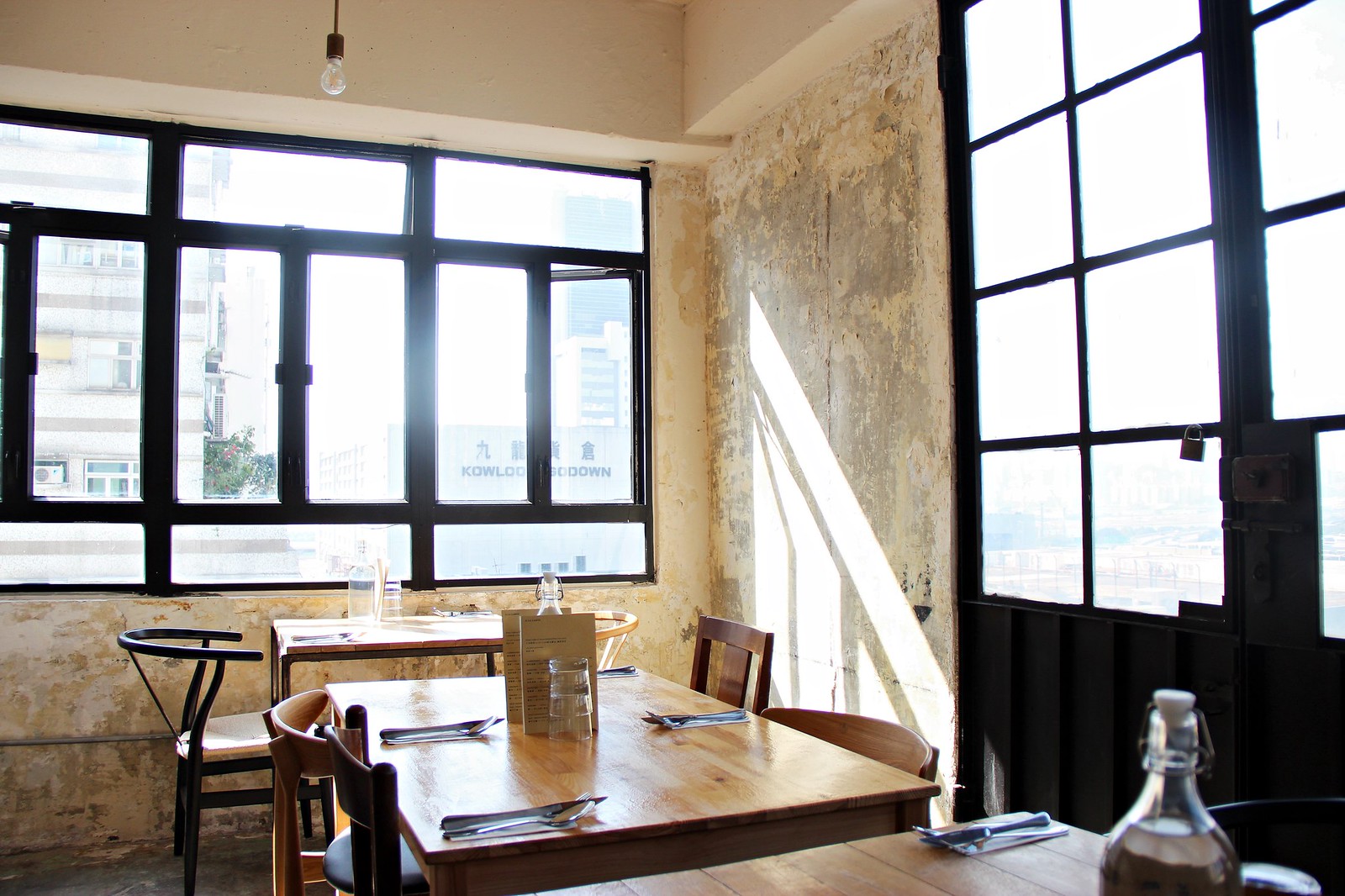 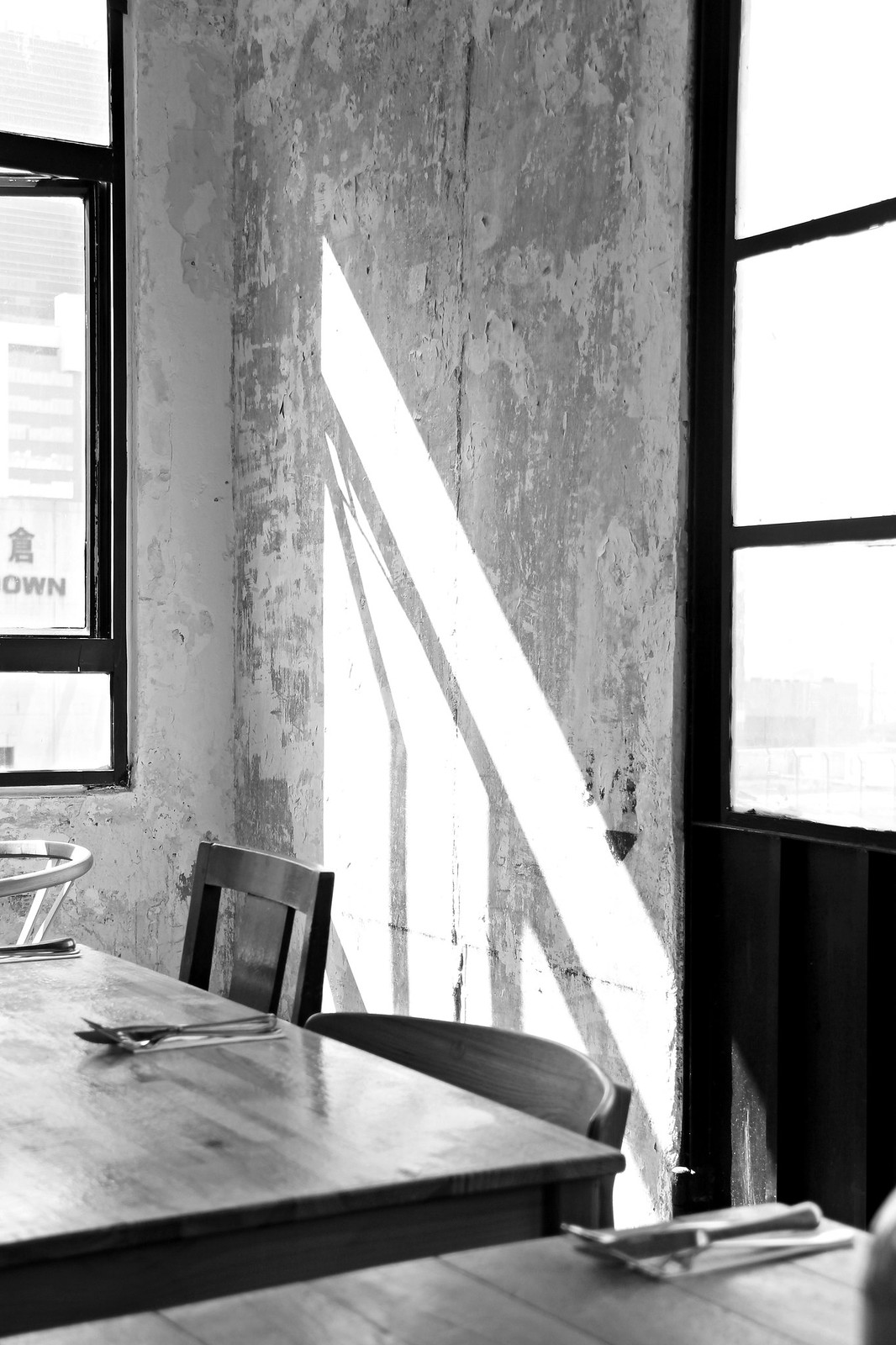 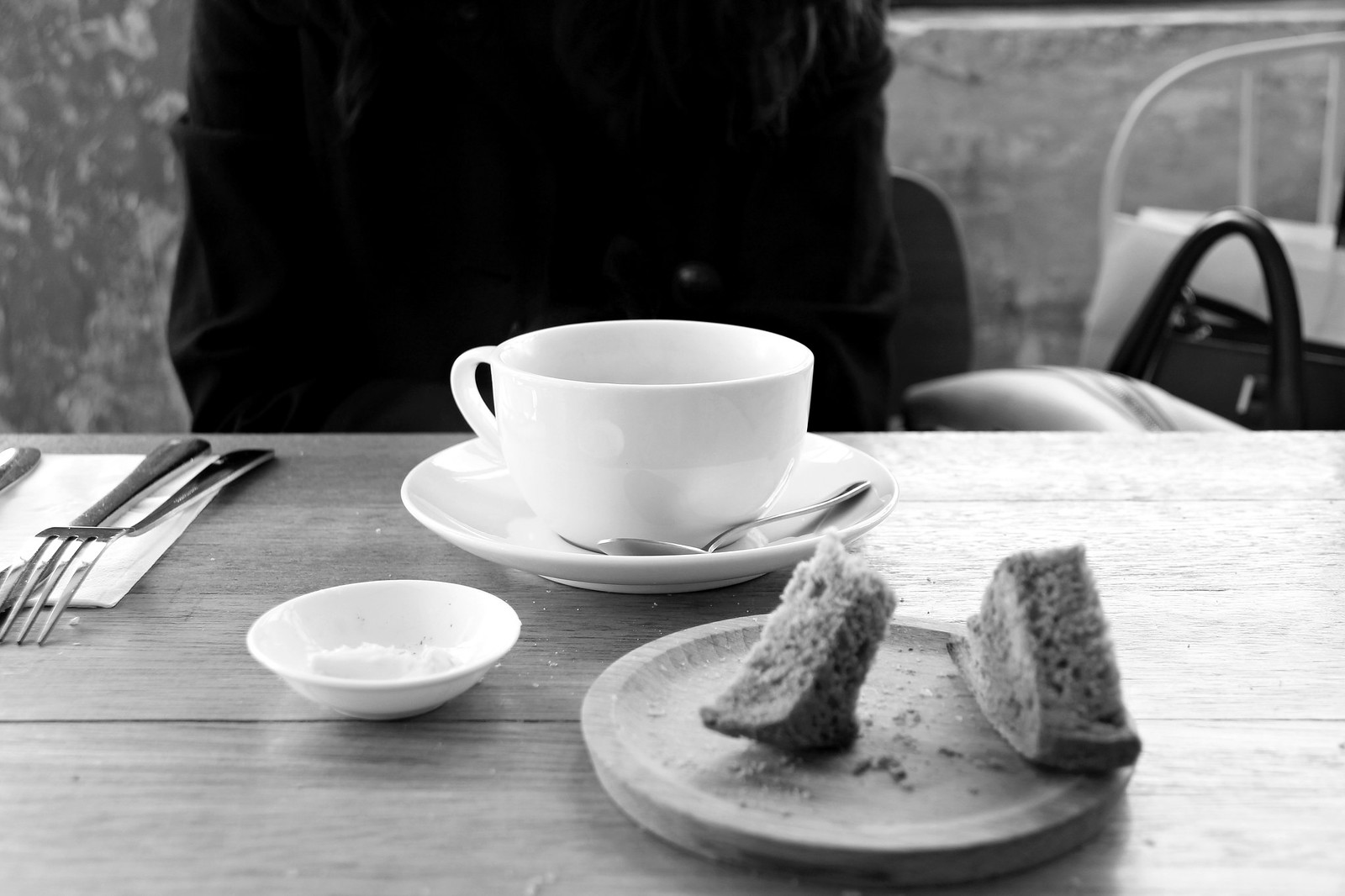 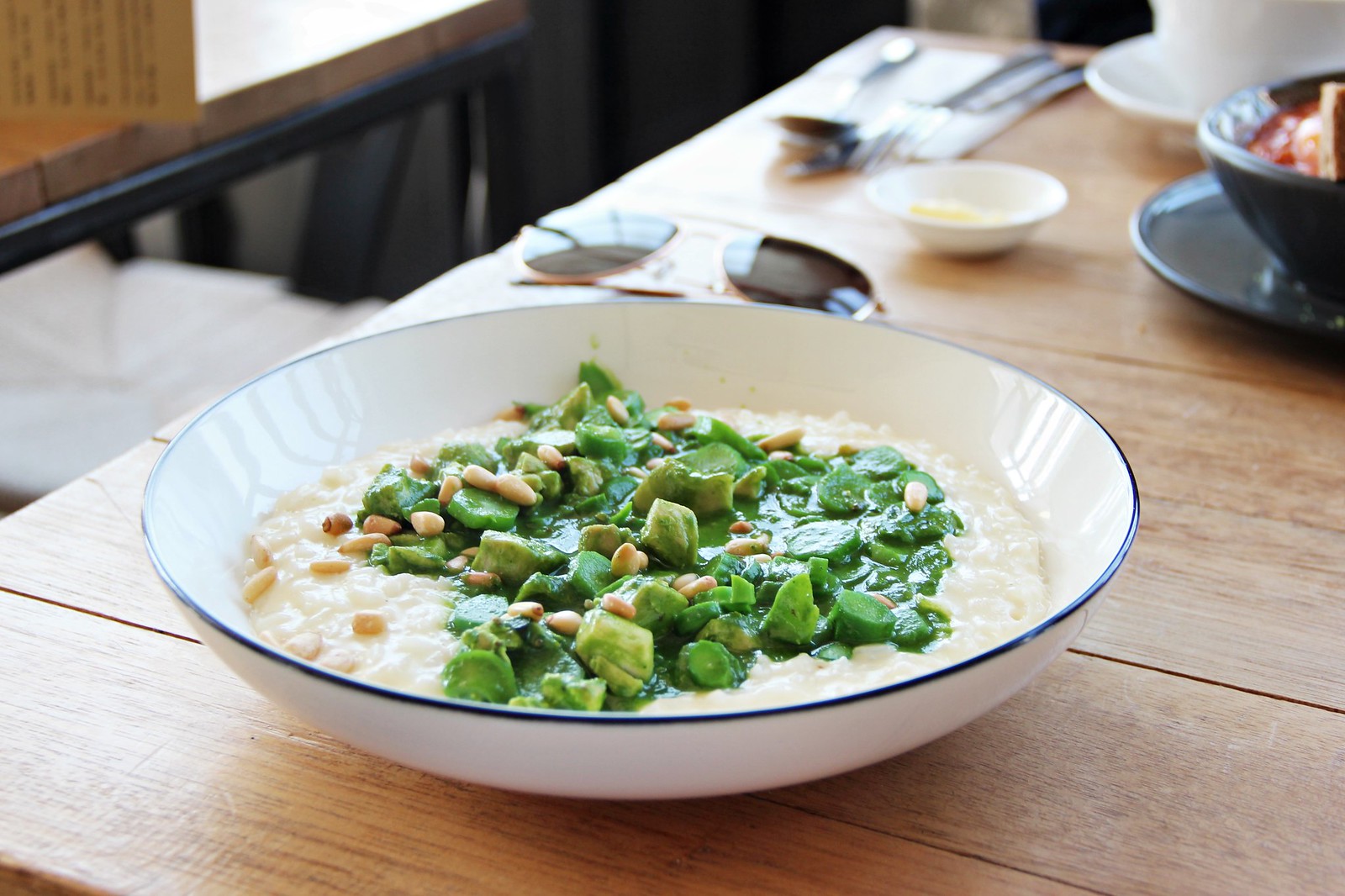 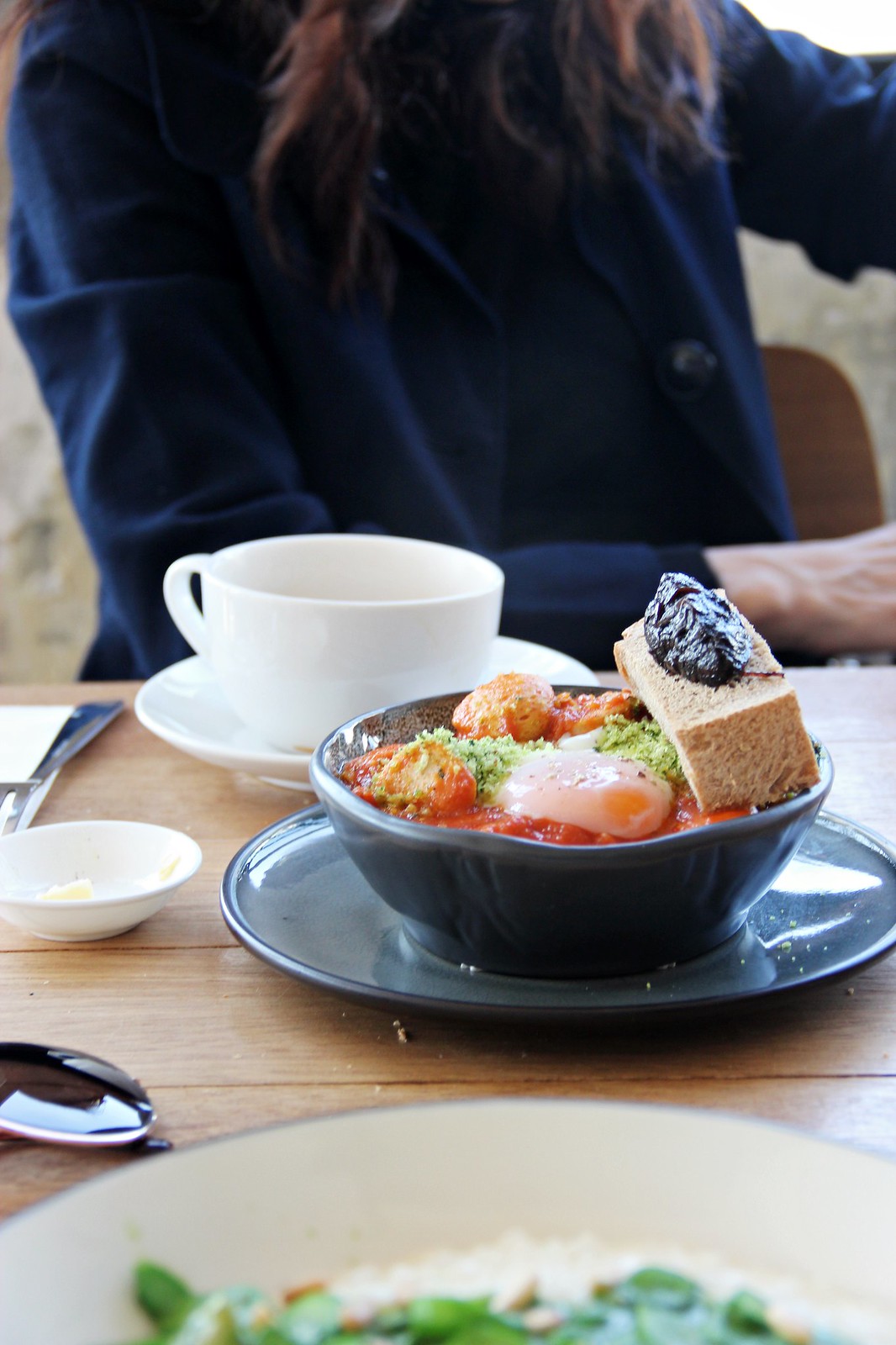 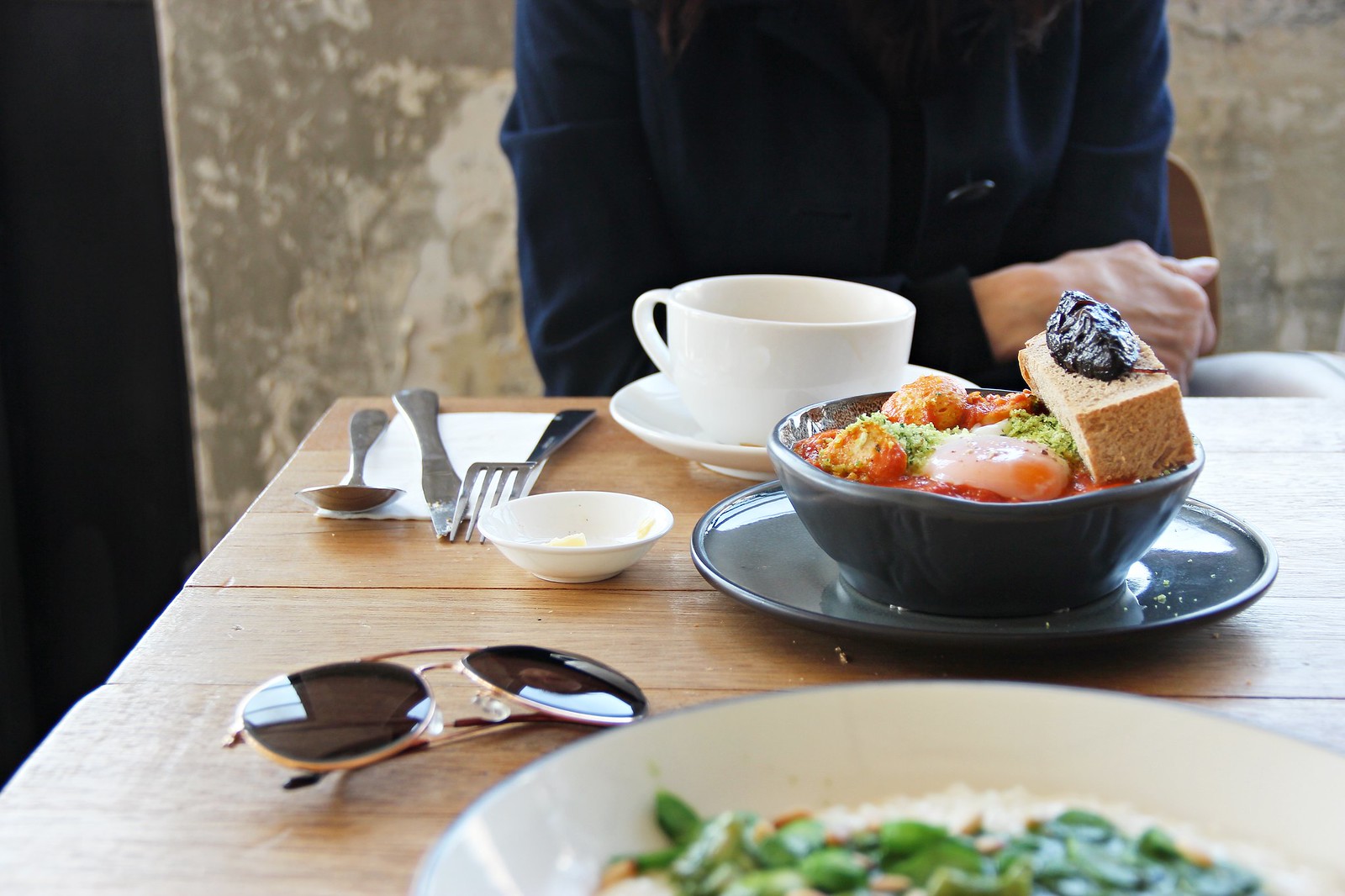 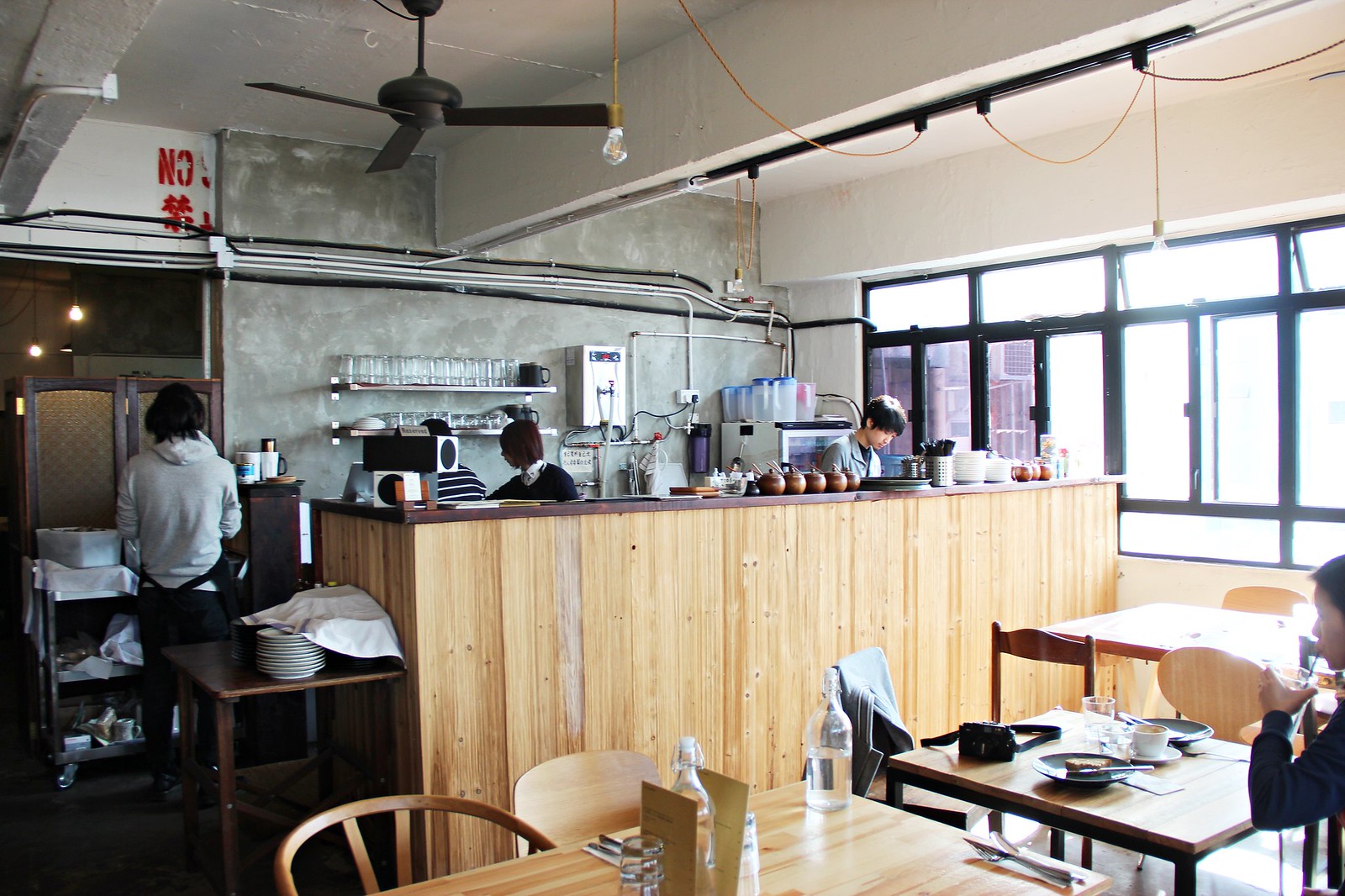 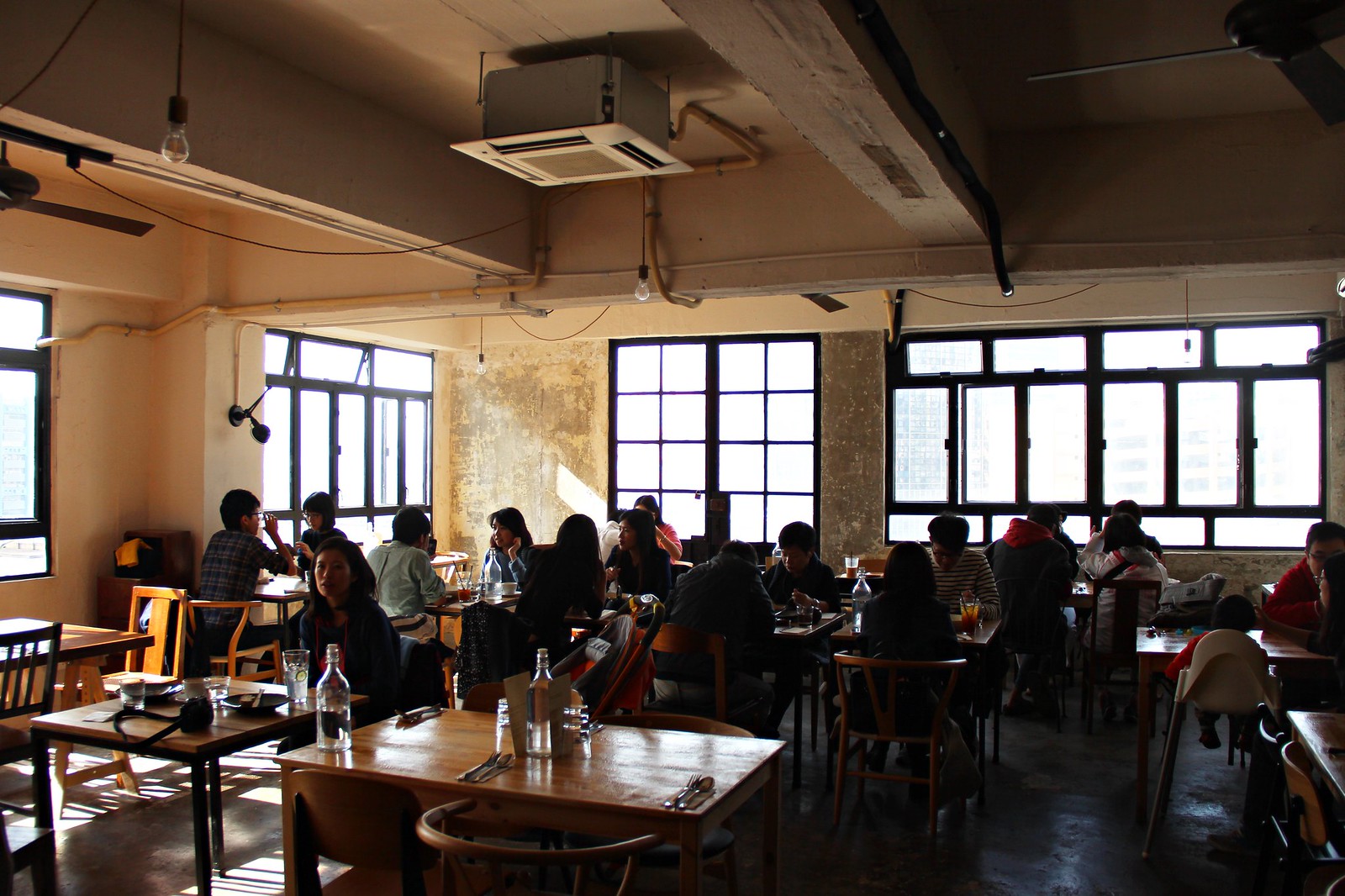 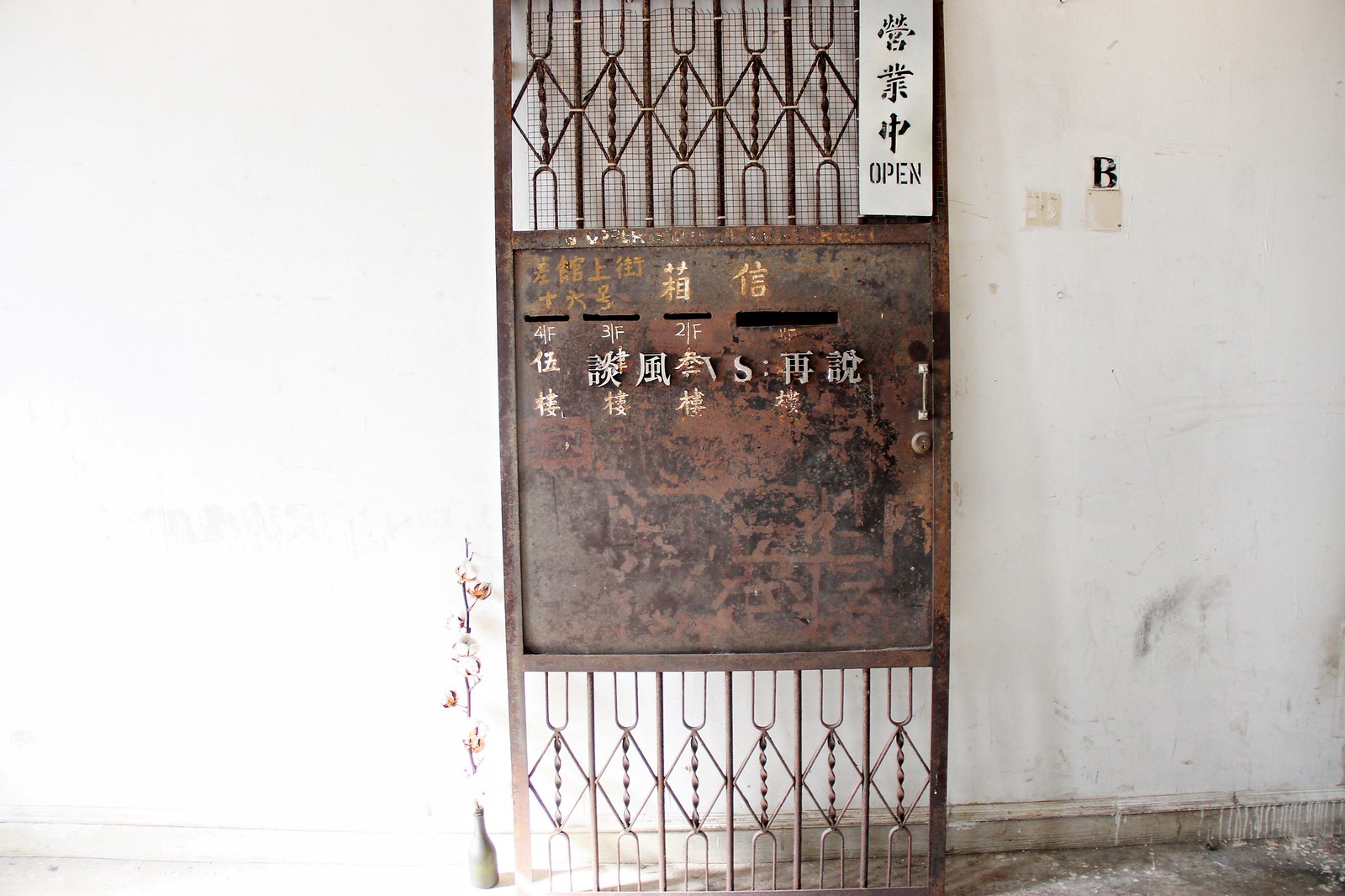 Tai Cheong Bakery – Egg tarts!! The custard is smooth, eggy and comes with a tinge of sweetness, and the crust is flaky and light. HKD$6 each.

The Coffee Academics – the original, larger flagship store is in Causeway Bay, but I went to the newer branch at Wan Chai instead. Coffee was pretty smooth, and you have to get their Mile High Blueberry Pancake Dessert (HKD$78) for sure. They don’t look as aesthetically pleasing as the ones we have in Singapore but trust me, they beat most places hands down.

Tim Ho Wan – the cheapest Michelin-starred dim sum restaurant. It’s also much cheaper over here than our local branches. Their variation of the signature Baked BBQ Pork Buns (HKD$66) are slightly different from ours – we boast a sweeter version while HK does it salty. Singaporeans like me may prefer our local ones though. However, the Steamed Egg Cake (HKD$12) (another one of my personal favorites) here is more flavorful and fluffier.

Tsui Wah Restaurant – the many branches they have show us how a simple breakfast of Satay Beef Instant Noodles with Scrambled Eggs and Butter Buns (HKD$27) can be so satisfying.

Yee Shun Milk Company – supposedly the best milk pudding you can find on Hong Kong island. The red bean on steamed milk (HKD$29) I had was smooth, silky and not overly sweet. We so need more of such stores specializing in milk puddings in Singapore.

That’s all for now folks. Merry Christmas and have a Happy New Year!