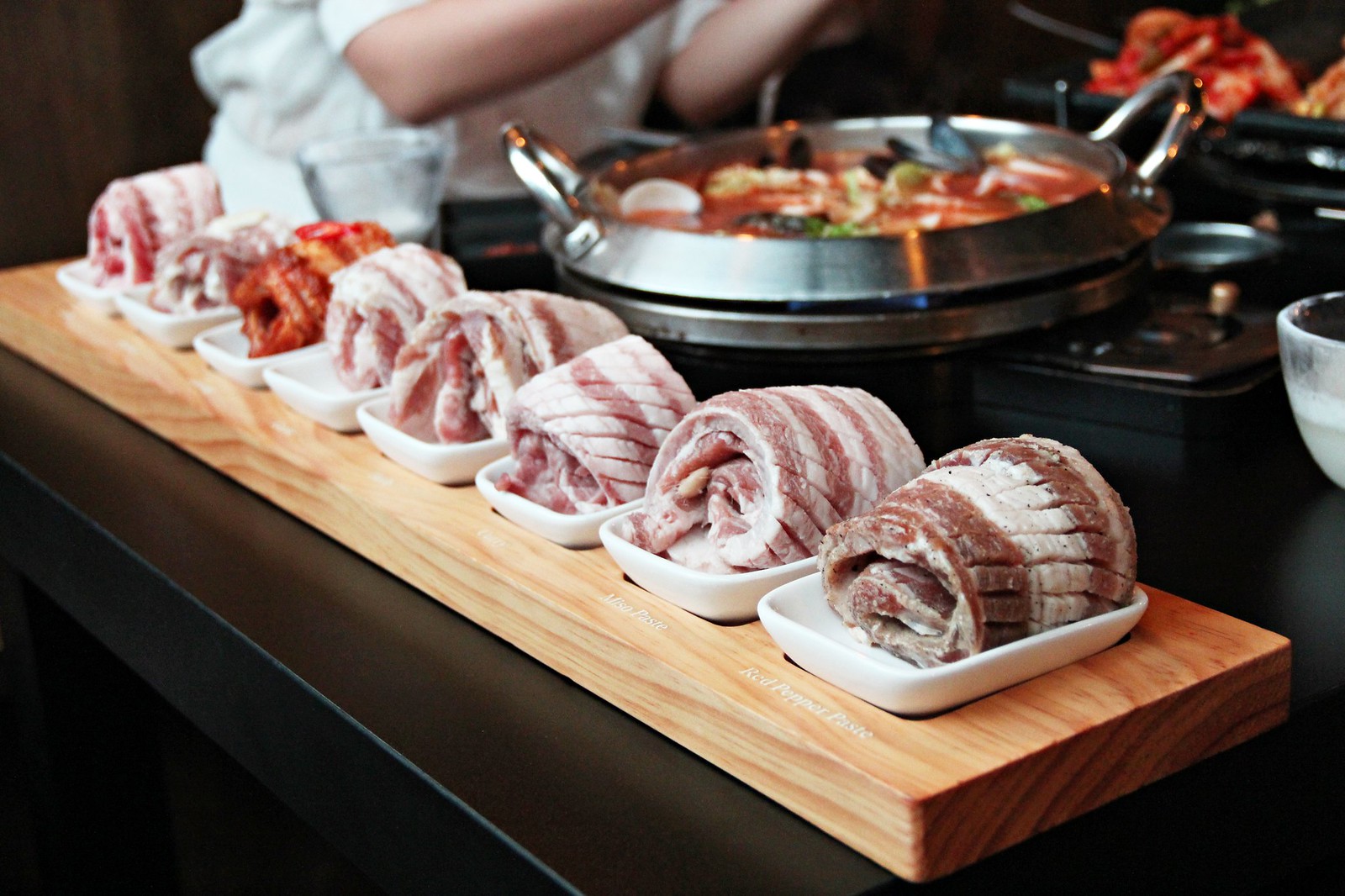 I know it’s hard to tell from my social media, but I’m a huge fan of Korean food. Needless to say, I was thrilled to try out this hidden gem in Clarke Quay – 8 Korean BBQ, which is named after their signature, must-have 8 Colours Set (on to that later). 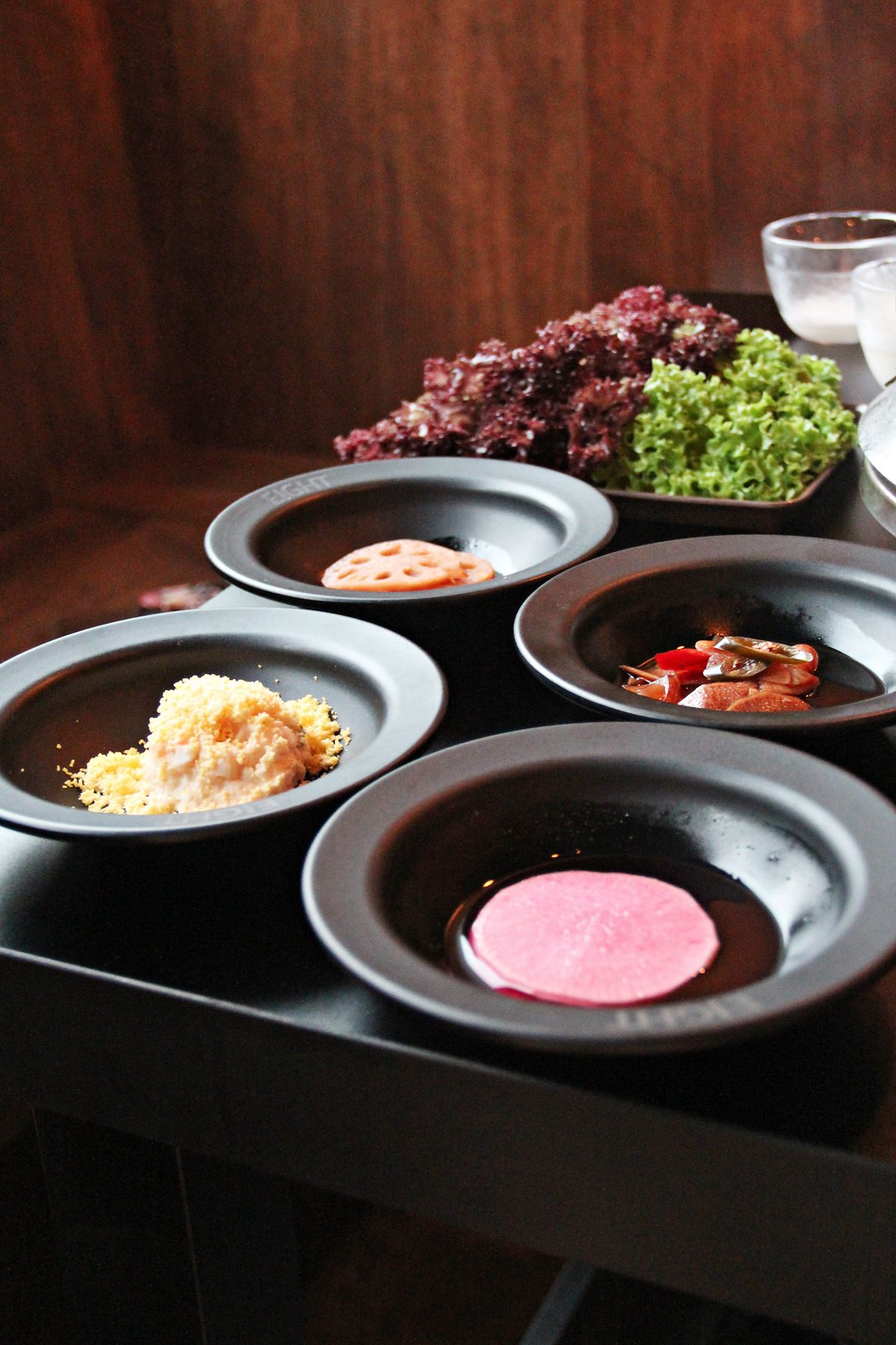 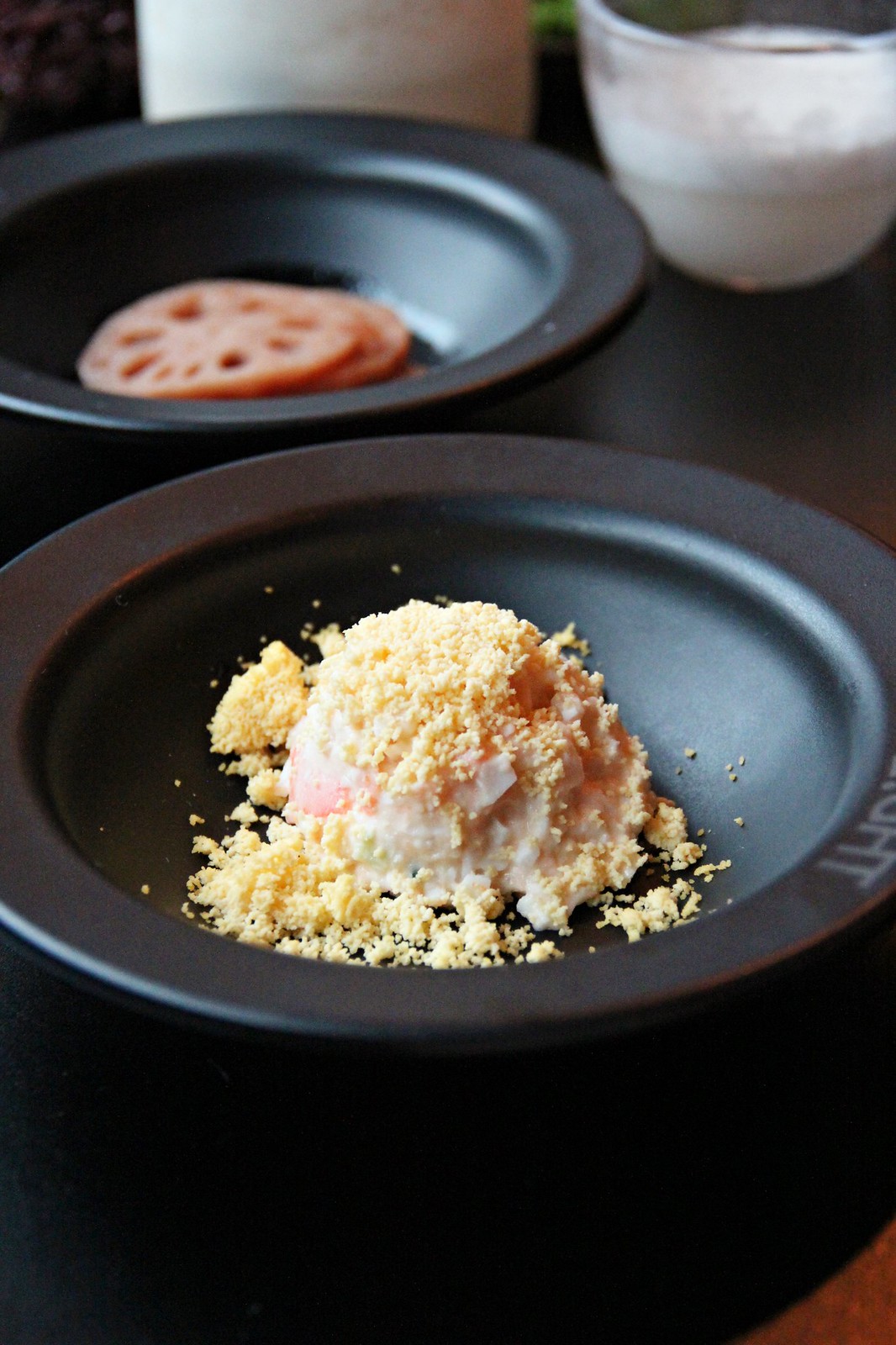 The restaurant occupies a relatively large space, including an al fresco area with a view overlooking the Singapore River. The raw industrial designs are complemented with their brick walls… word has it that these bricks were sourced from Korea. 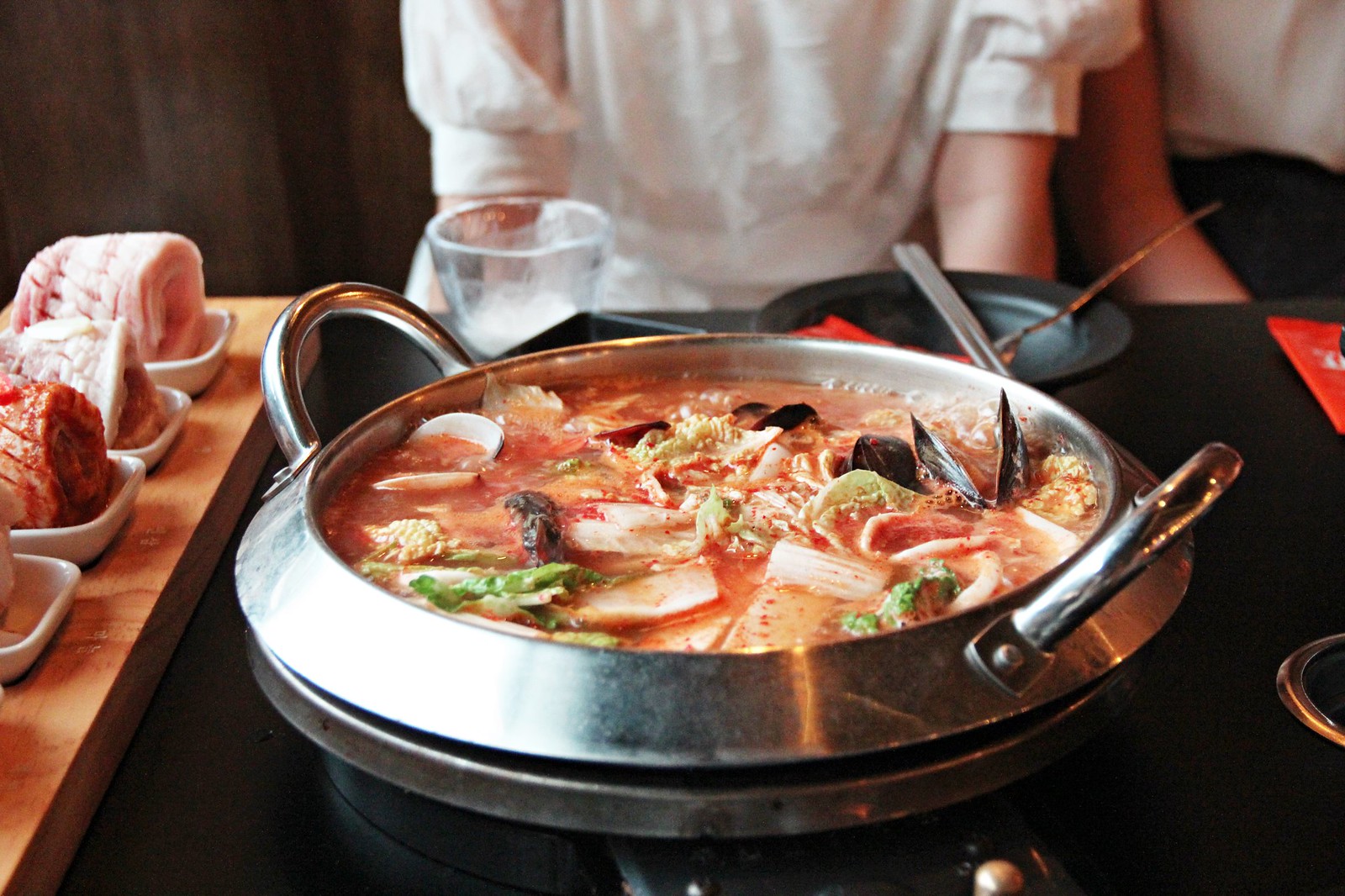 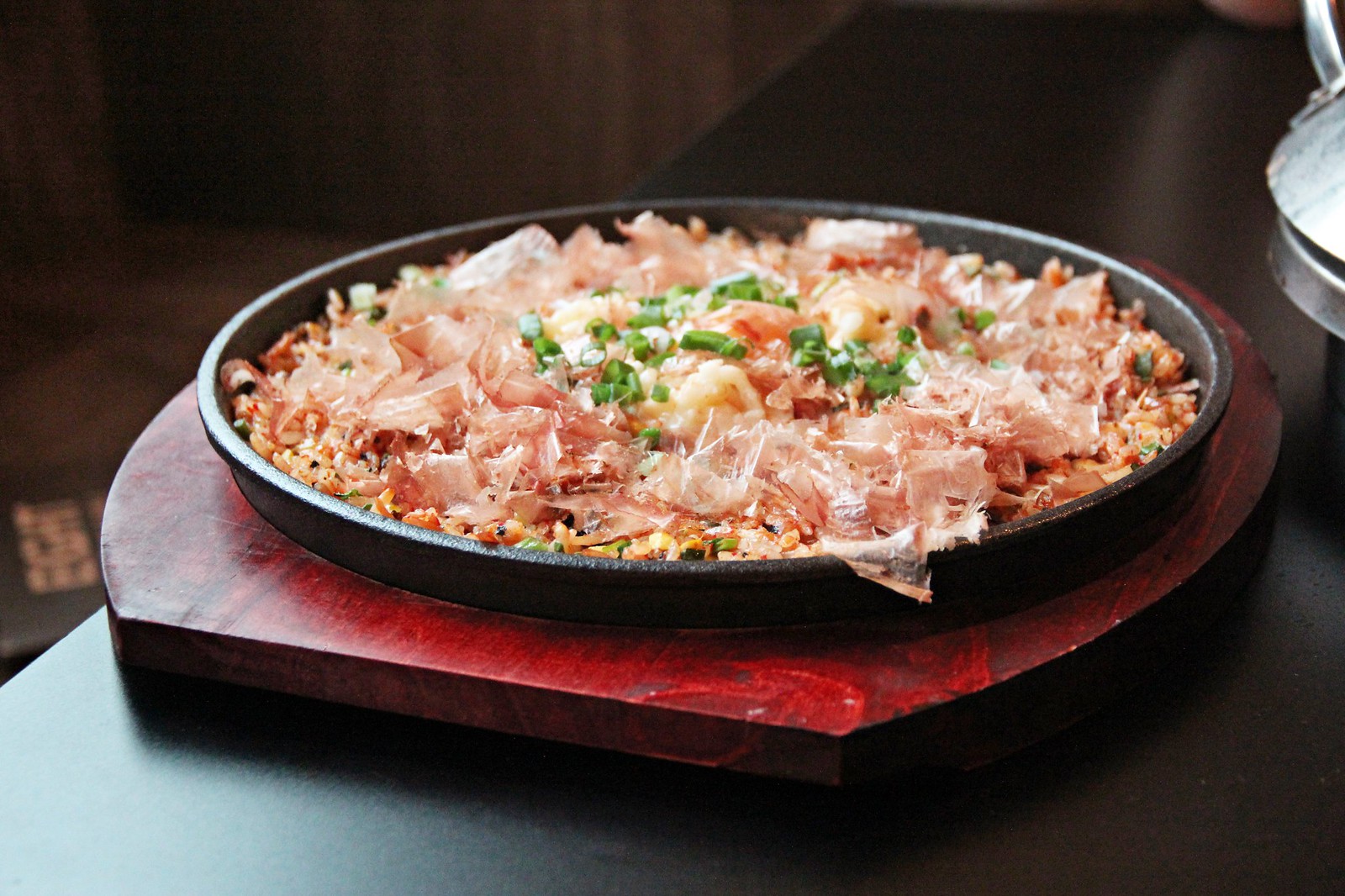 And so we started our meal with the essential banchan (Korean side dishes) followed by the Seafood Bean Paste Stew ($18) which is mildly flavoured. Their Kimcheese Fried Rice ($20, good for 2-3 pax) which came next on a sizzling hot plate was rather special, boasting a twist on the kimchi fried rice. On top of kimchi fried rice, there are added mozzarella, egg, bonito flakes and Mangalitsa bits, which all leads to a flavourful rice dish. The rice also has a nice crisp to it. 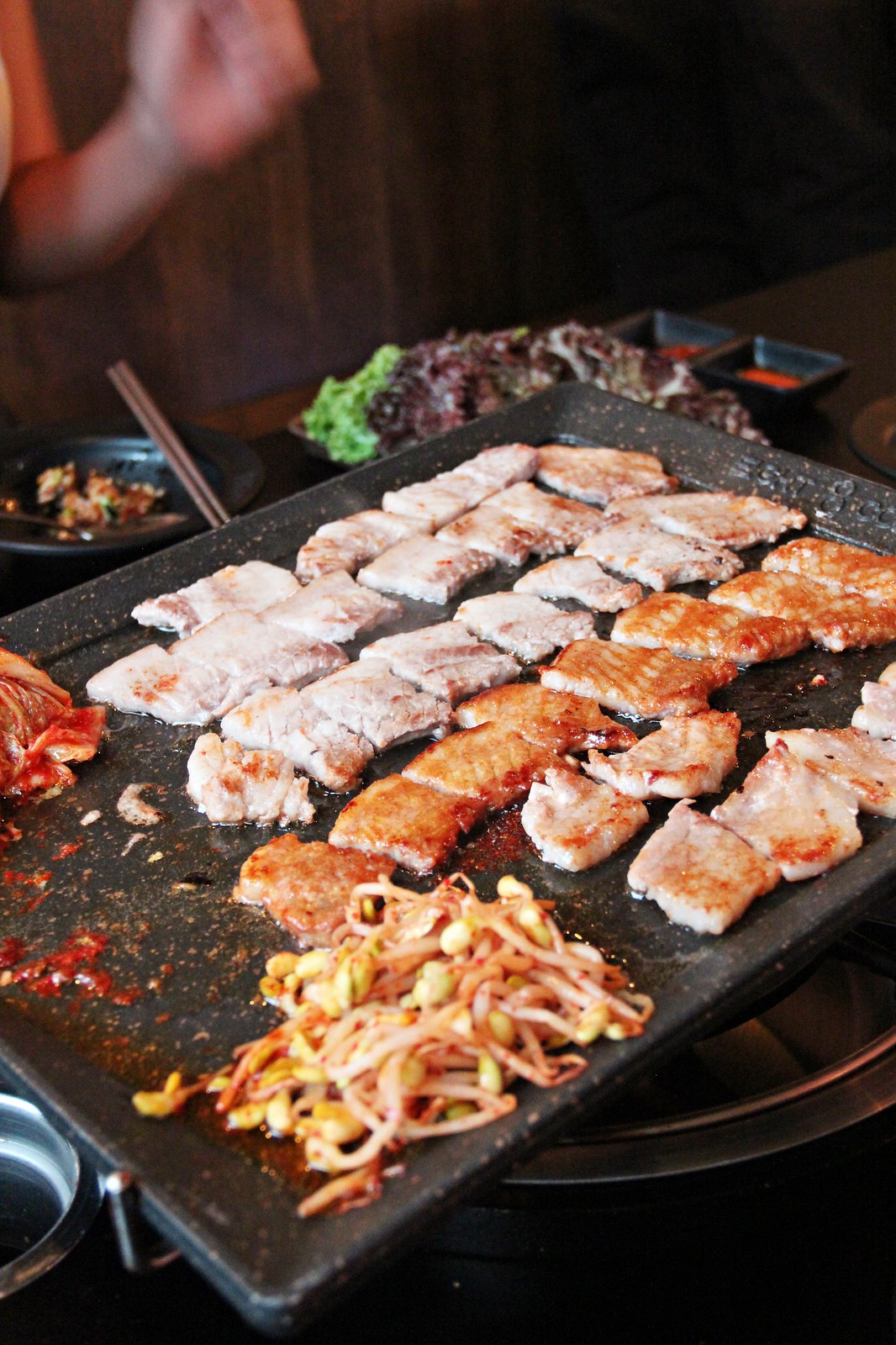 Then our eyes started feasting on it as the server brings out a humongous, long tray of Mangalitsa pork strips. The 8 Colour Set Version 2.0 ($98, good for 3-4 pax) features 8 thick strips of Mangalitsa pork belly, each of which is seasoned for 6-8 hours in different marinades. We were advised to follow this order of eating them: original, garlic, red pepper paste, yucha, plum, blackberry, honey ginger and galbi. The marinade is neither too mild nor too intense, making it enjoyable. The thick and fatty mangalitsa was slightly chewy and oddly complements the seasonings used pretty well. Some of my favourites are yucha, blackberry and honey ginger as they gave a slight sweetness to the savoury pork – this combination was surprisingly good. I would say this is a must for all who come, but if pork isn’t really your thing, there are still the tentalizing options of USDA Prime Beef and Kagoshima Wagyu on the menu. 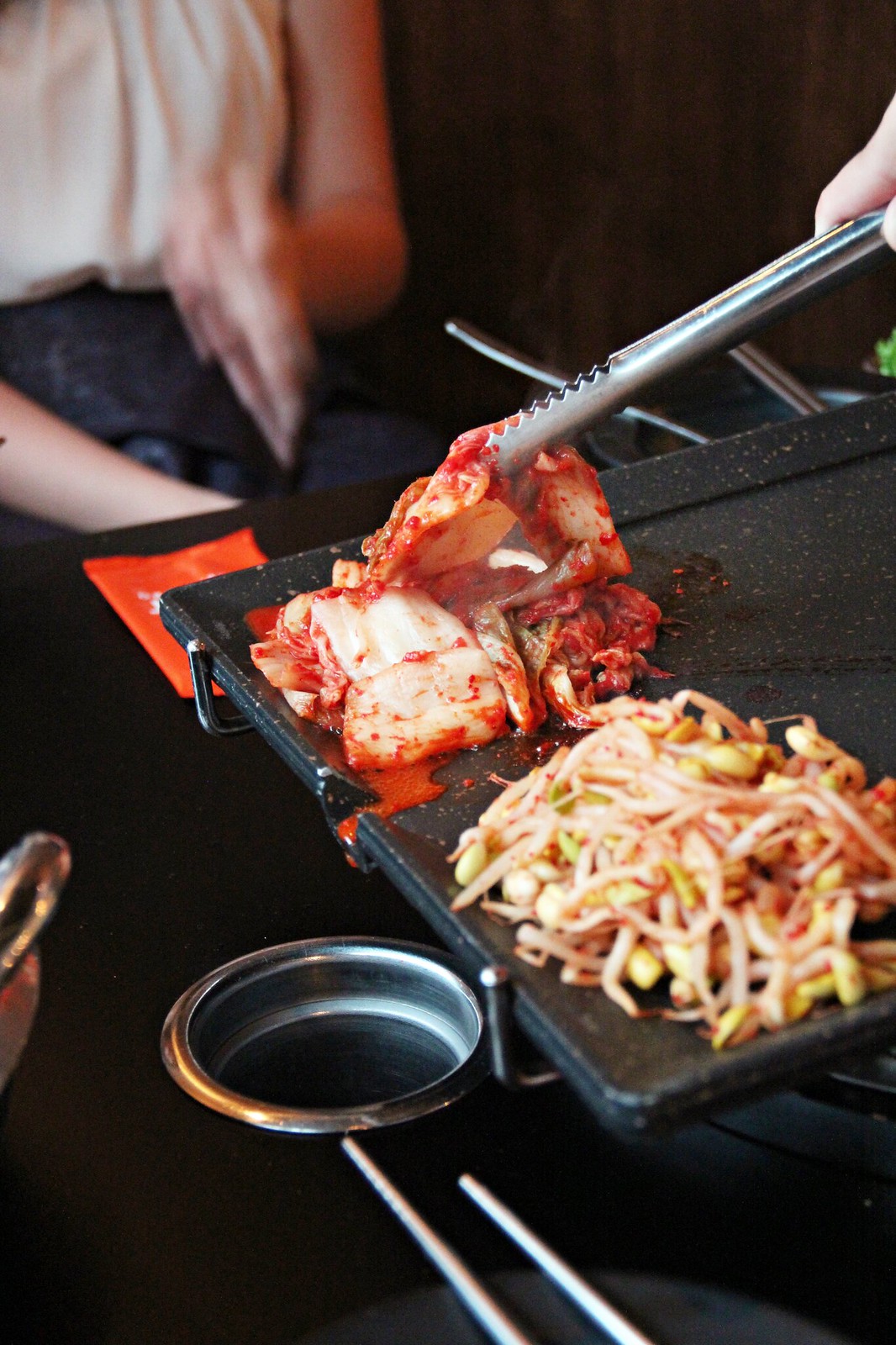 Ending on an even sweeter note, we had the Bibimbap Bingsu ($28, good for 3-4 pax). This large bowl of bingsu is made to resemble a bibimbap in a hot stone bowl, with each ingredient being replaced by stuff like fruits, granola, crushed oreo and red beans. Beneath the ingredients is the shaved milk ice which you mix the toppings thoroughly with. Though not exceptionally good, my friends and I didn’t leave any crumbs or ice behind. 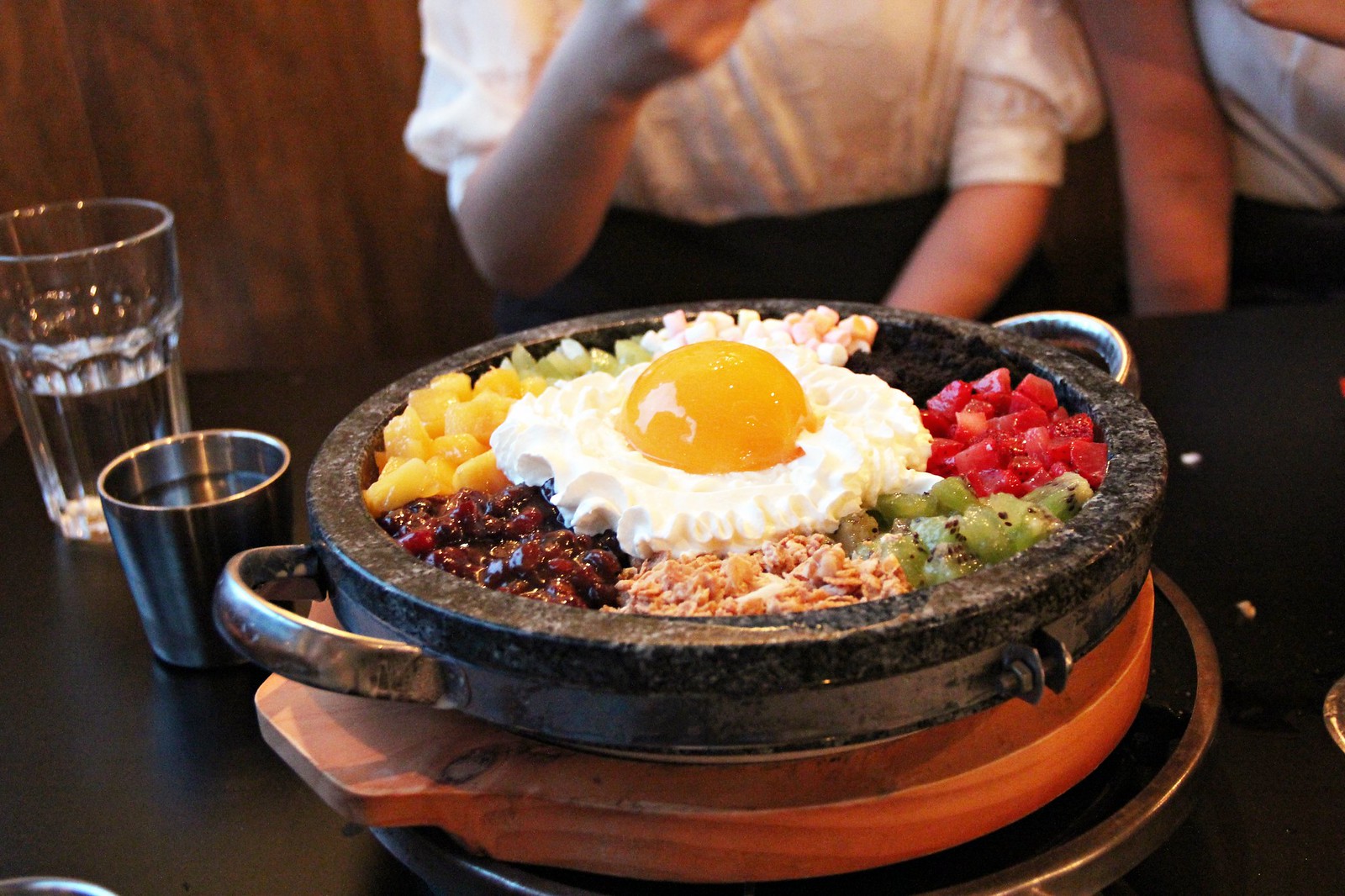 The overall experience I enjoy at Korean restaurants appeal to me very much, and is this why I feel that 8 Korean BBQ is one of the underrated BBQ places that you should try. From the warm and helpful service staff to the quality of the pork to even the simpler details such as the cool, just right temperature setting (you know it can get pretty warm when barbecuing), they encapsulate my wonderful dinner there. Extra points given because you barely get the smell of smoke on your clothes after leaving!

Special thanks to Cherry and 8 Korean BBQ for the invite.

One thought on “8 Korean BBQ”