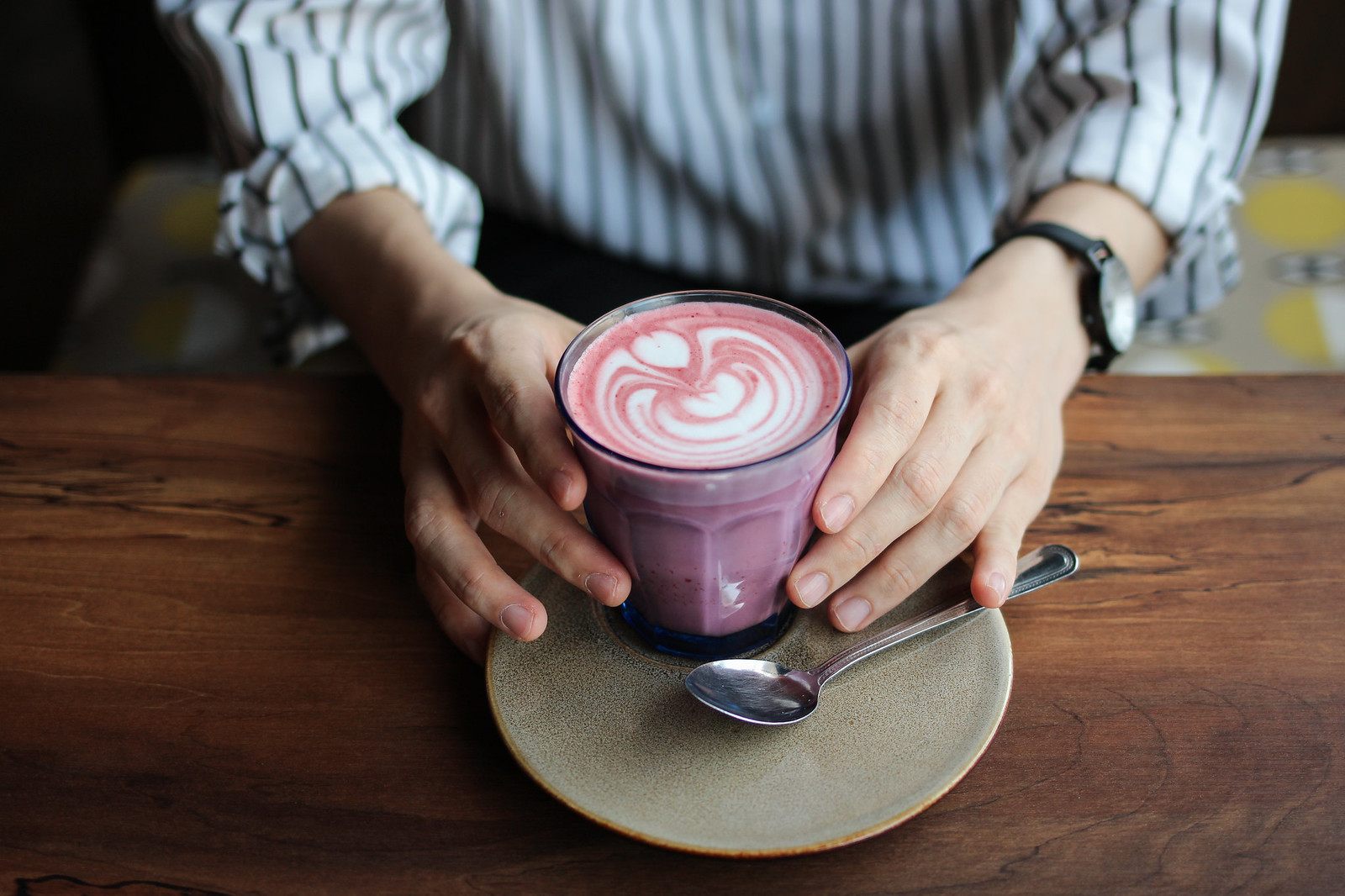 From the owners behind Penny University and Fluff Bakery, Brothers in Fine Food, or BFF in short, is a 6 months old halal café restaurant in Tampines. Unlike his other eateries, owner Mouss decided to focus on high yet affordable gastronomy at his third establishment. 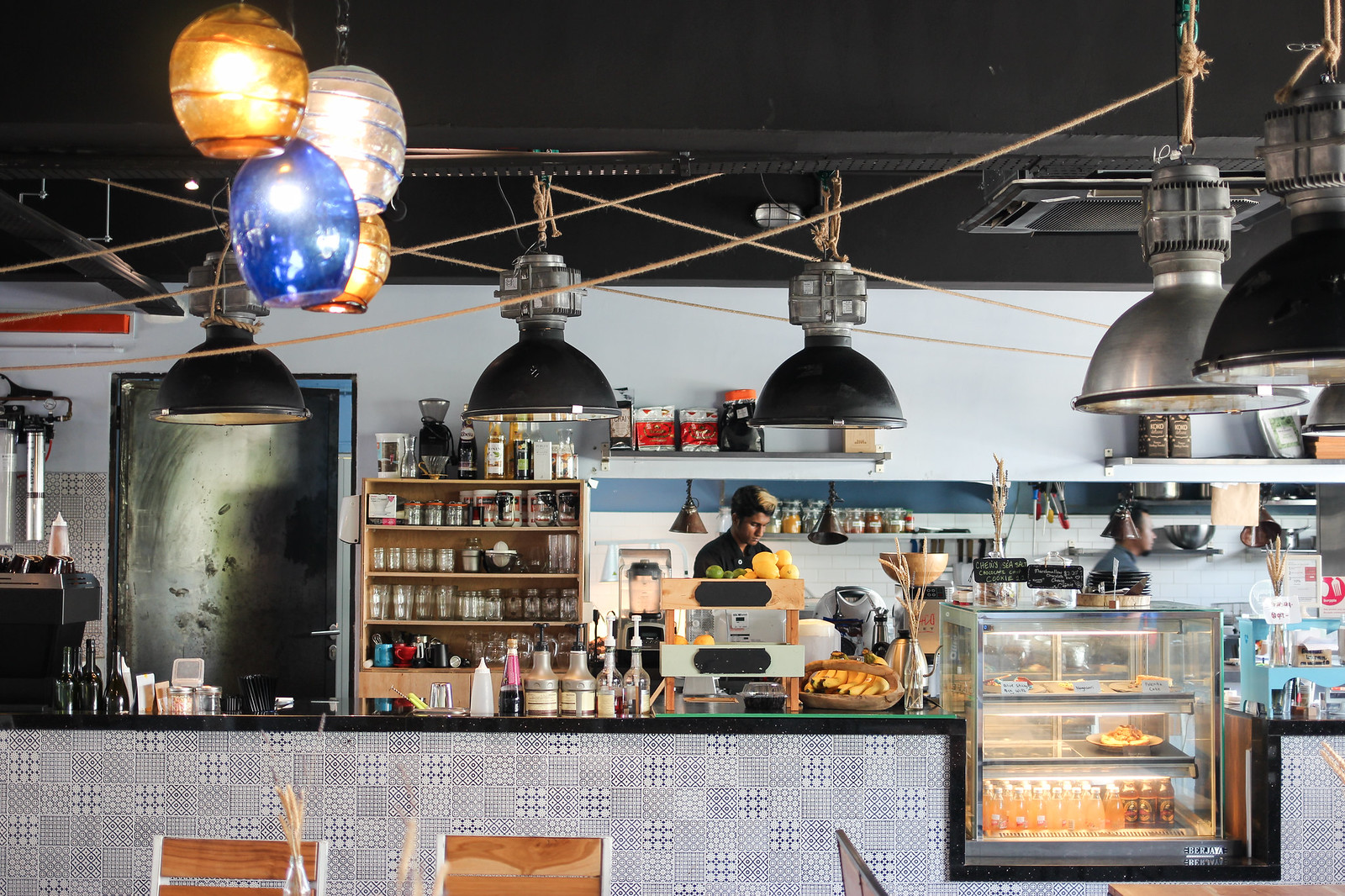 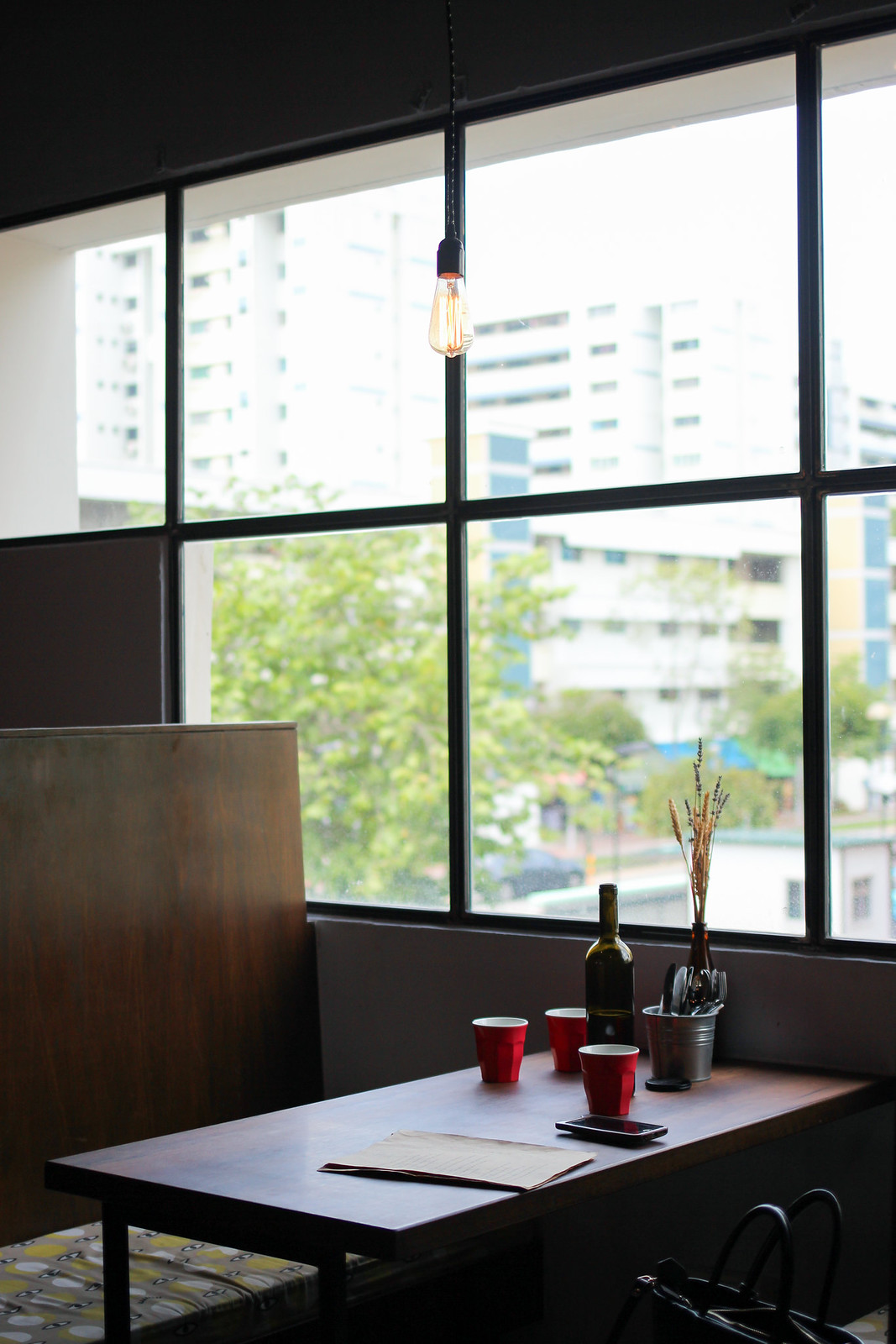 It is impossible to not give attention to the coffee at BFF since it is set up by the founder of Penny University. I vaguely remember those days I’ve spent having coffee and brunch at Penny University till they became too packed on weekends. That was years ago, by the way. The interesting, pink-rather-than-red Red Velvet Hot Chocolate ($5.50) seems to be a popular drink here. What you can expect are quite subtle chocolaty tones. 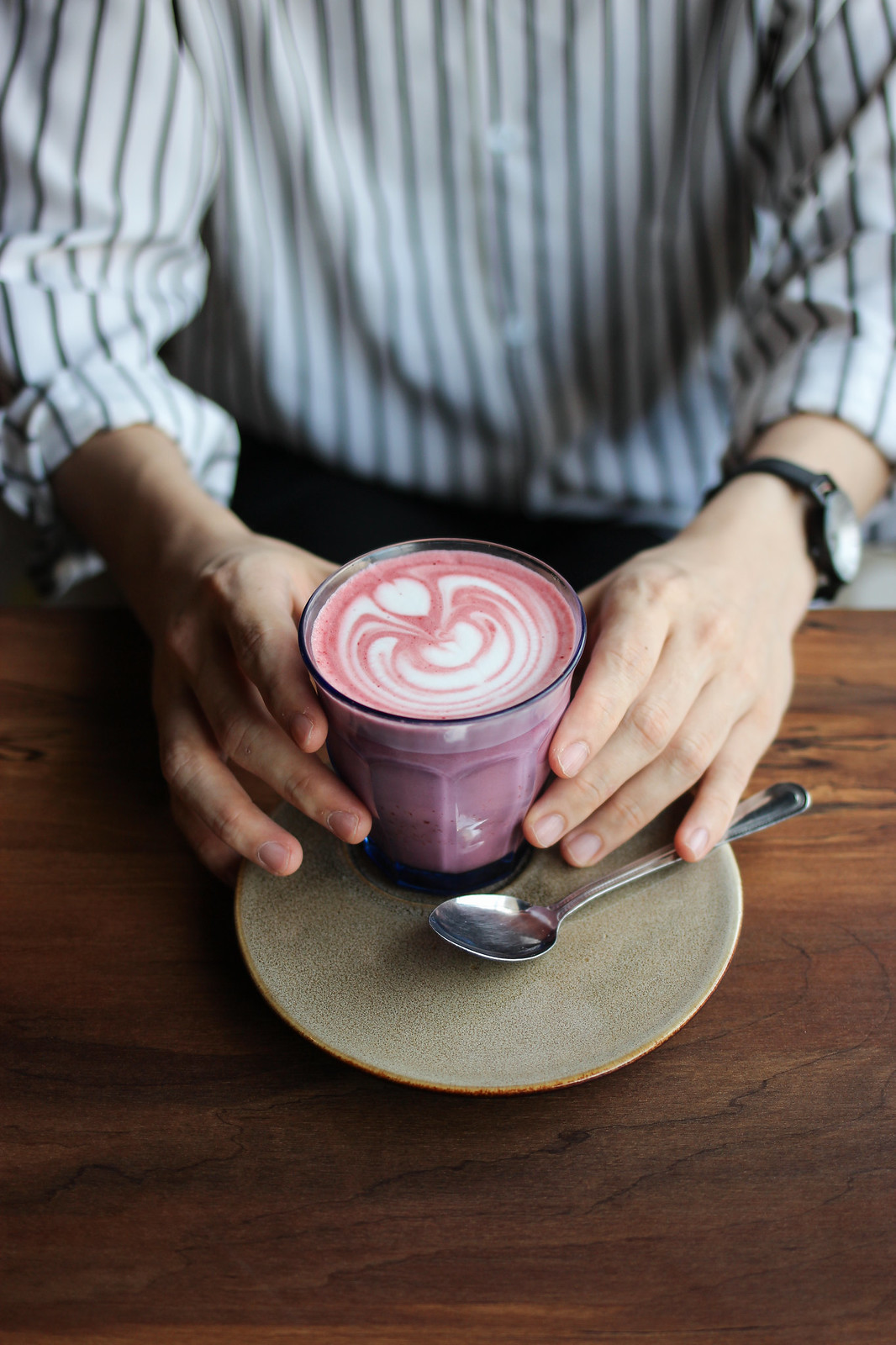 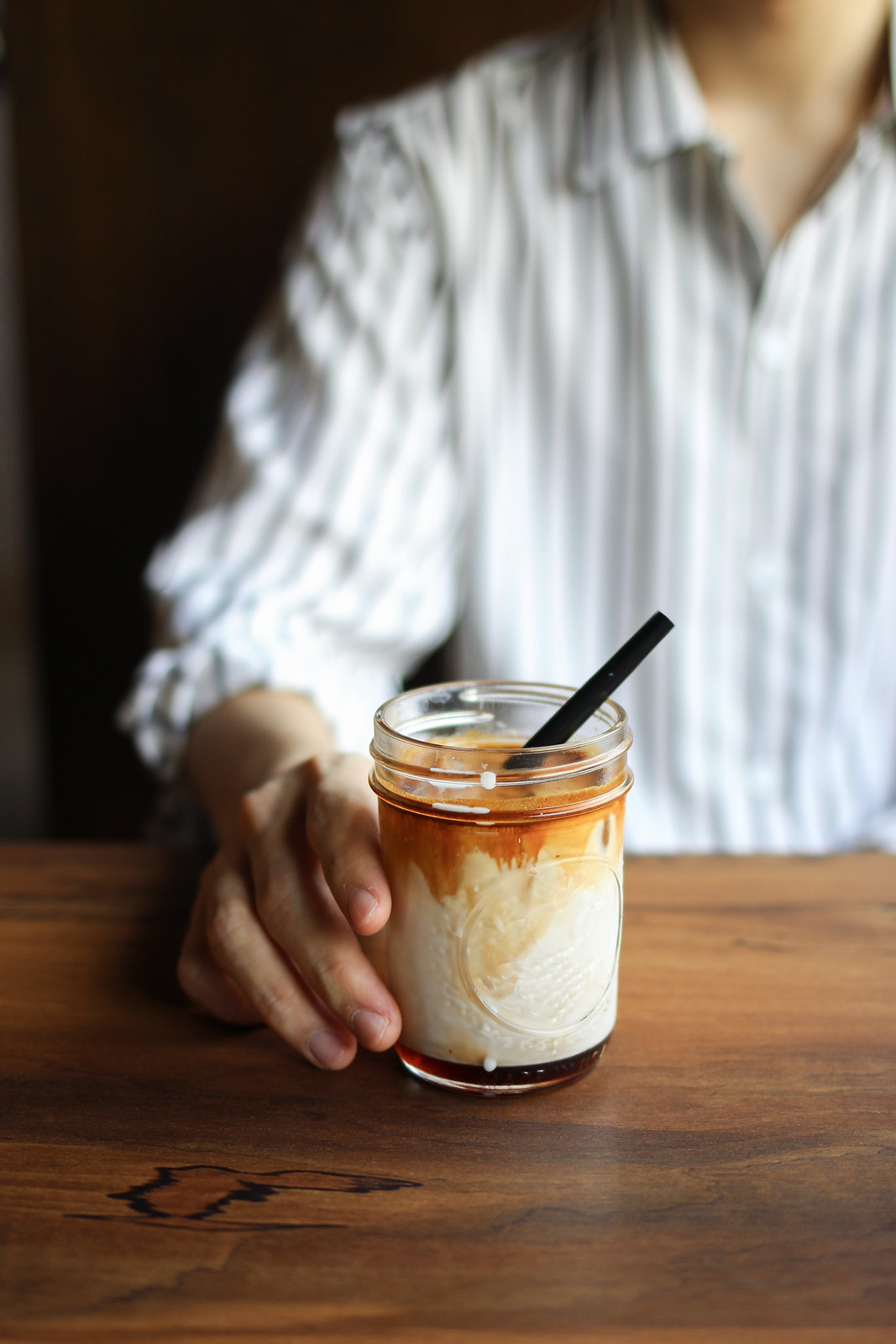 Served in a small glass jar with a lid is the Spiked Muddy Espresso with Gula Melaka ($6.50), which was on the milkier side. Stir well to mix in the bottom layer of gula melaka for that sweet shot. Would also love to try their Orange Hot Chocolate ($5.50) and Jaffa Orange Mocha ($6) in the future!

The style of food here is best described by Mouss as mix of modern European Mediterranean, North African and loads of Asian influences. It also seems like they innovate and experiment a lot here. 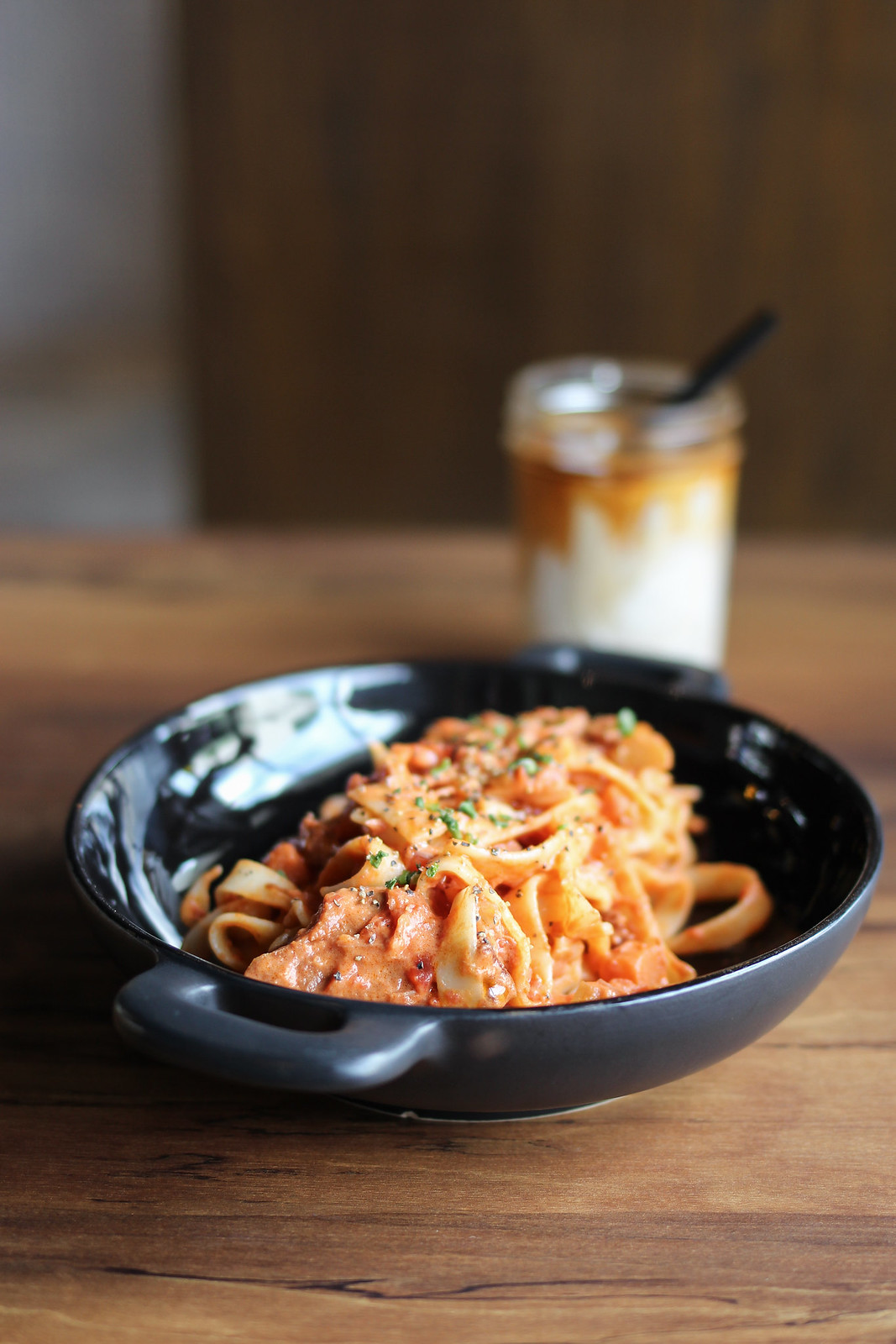 For sides to start with, we had the Duck Ragout ($9), featuring 24-hour pulled smoked duck served on taglietelle pasta with tomato cream ragout sauce and basil. The pasta tends to get dry after a while, so you’ll have to dig in quick. I wished there could be more slice of duck though. 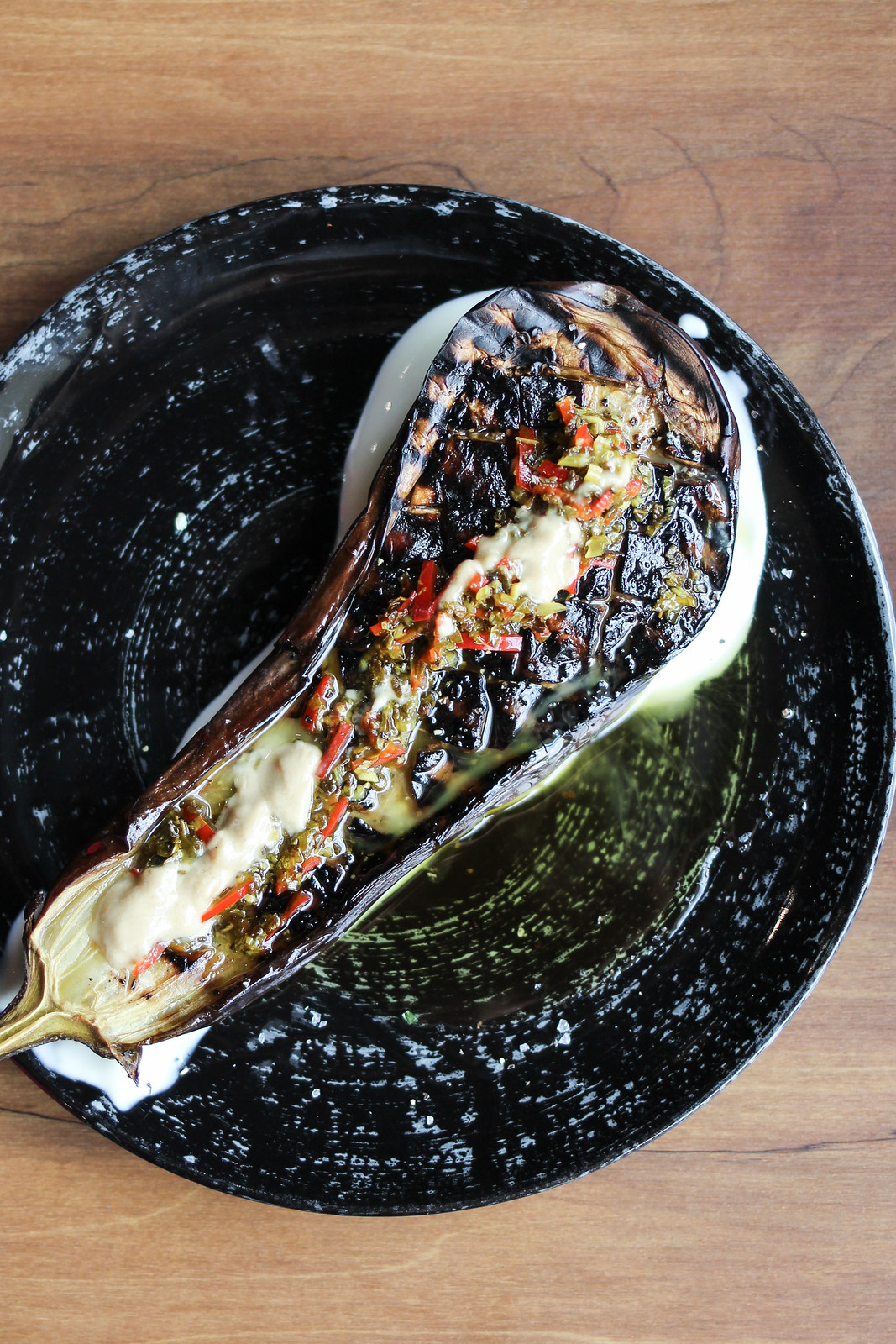 We were caught by surprise by the Grilled Aubergine with Tahini ($7) as the eggplant was well-executed, rid of its natural bitterness. 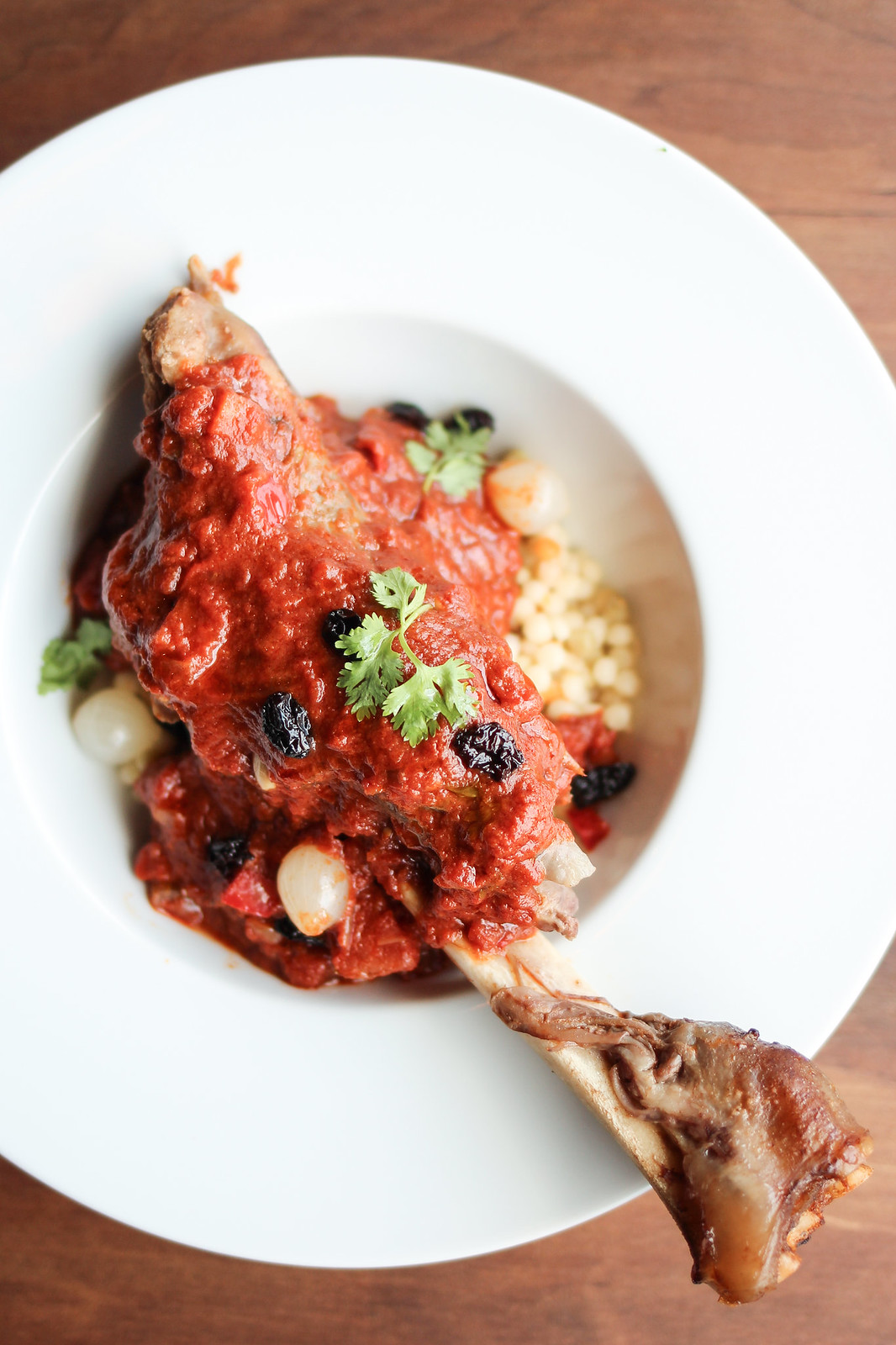 Served in a rather generous portion, the Lamb Harissa ($18) was made by 12-hour low temperature braising of lamb in a tomato reduction, though I find that the harissa could be spicier as I like it to be.

Being the only vegetarian option of the main courses, the Spinach and Feta Pie ($13) turned out as a comforting dish. The Filo pastry pie was stuffed with spinach mixed with feta cheese, then served with sweet carrot puree on the side. Rather than a main, this felt like a light bite that was not heavy on the palate at all.

There were pretty decent reviews on the Churros ($4.80/$5.30) here but alas, they weren’t available that day. Instead, we went for their new desserts which made us forget about the churros quickly. 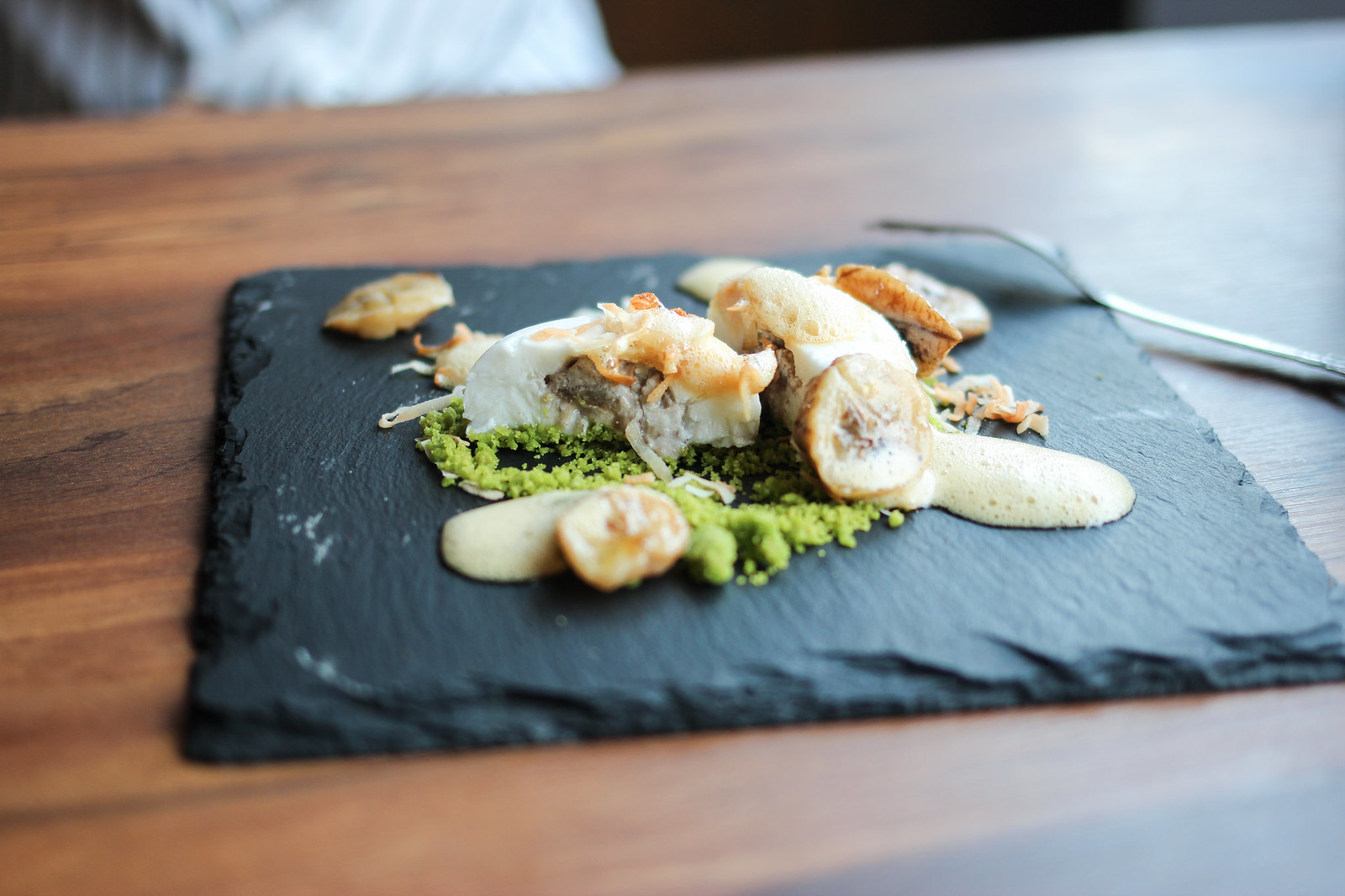 A traditional snack hailing from Indonesia, the Nagasari ($8) is remade into a beautifully plated dessert. The white steamed cakes filled with caramelized bananas were incredibly smooth and moist especially on the inside. Also accompanied by gula melaka foam, sautéed coconut shavings and crumbs for that interplay of textures. 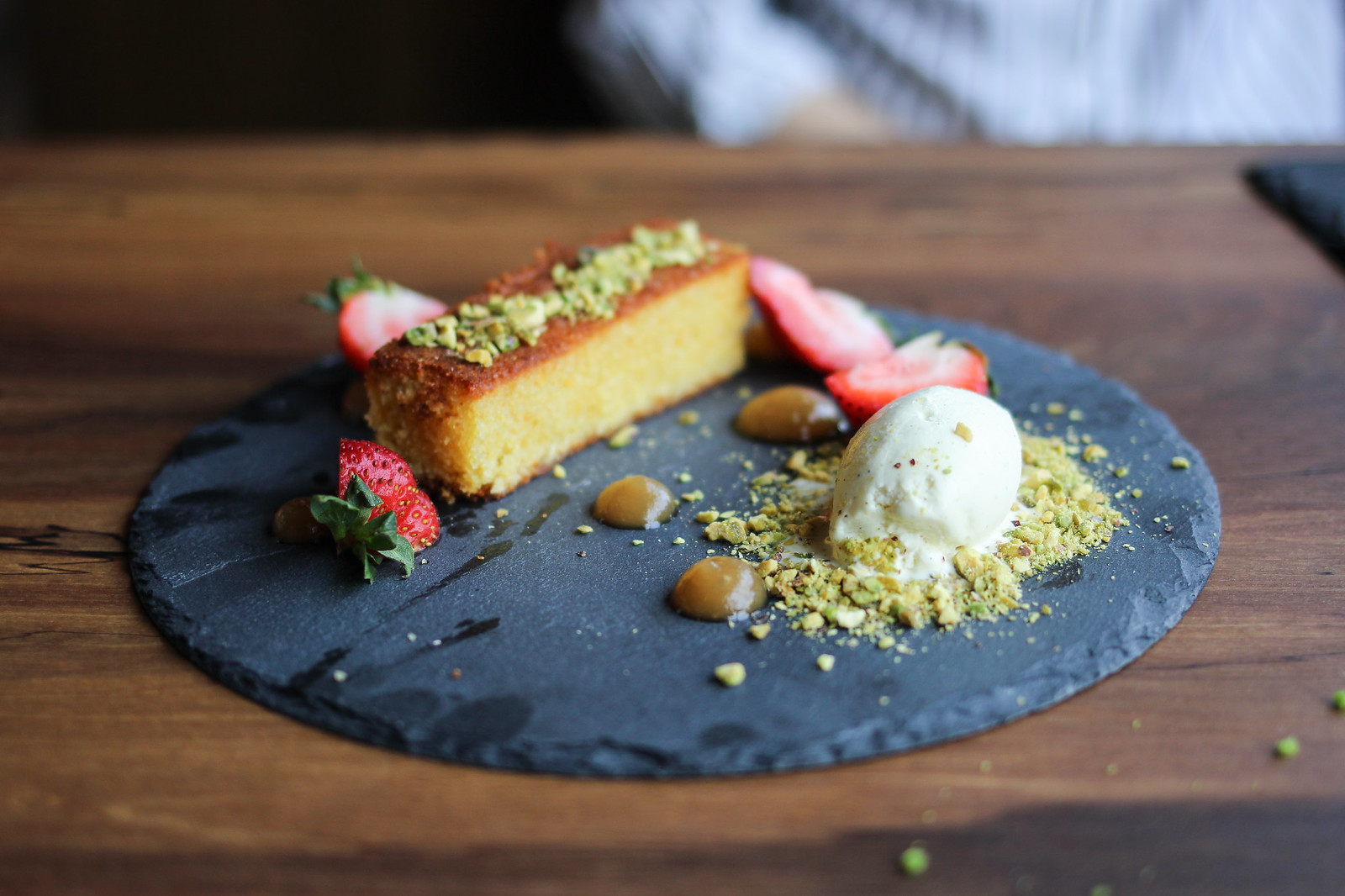 Baked to the right amount of moisture, the orange infused Polenta Cake ($9) with apple coulis, cardamom syrup and flavoured cream was a mix of sweet and citrusy flavours.

Having lunch there that day was like stepping out of my comfort zone, from the travelling to a part of Singapore most might not have visited, to the eclectic, not-the-usual café fare on their revamped menu. On weekends, a different brunch menu is whipped out instead, and I definitely wouldn’t mind a taste of that someday. 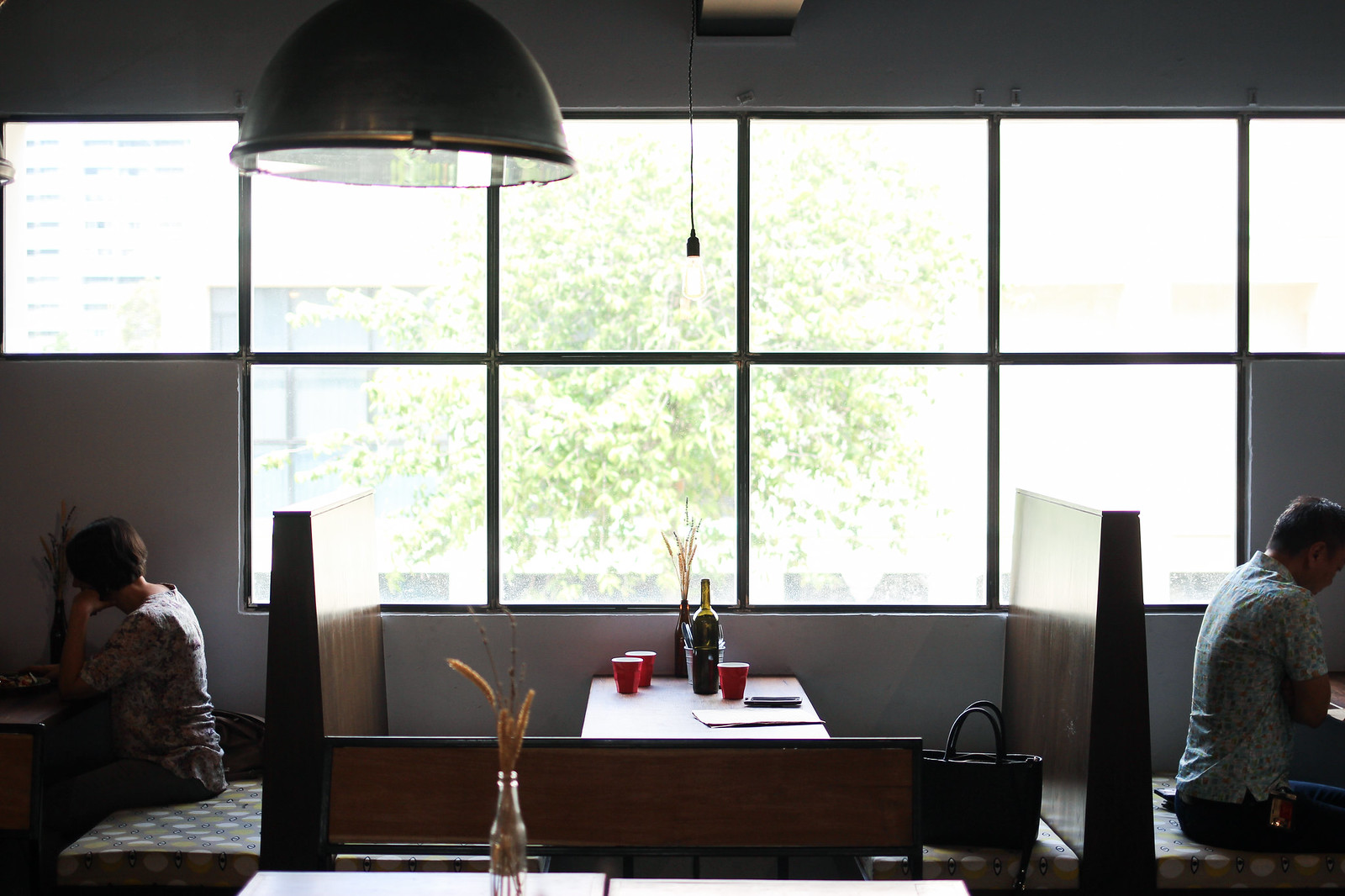 One thought on “Brothers in Fine Food”