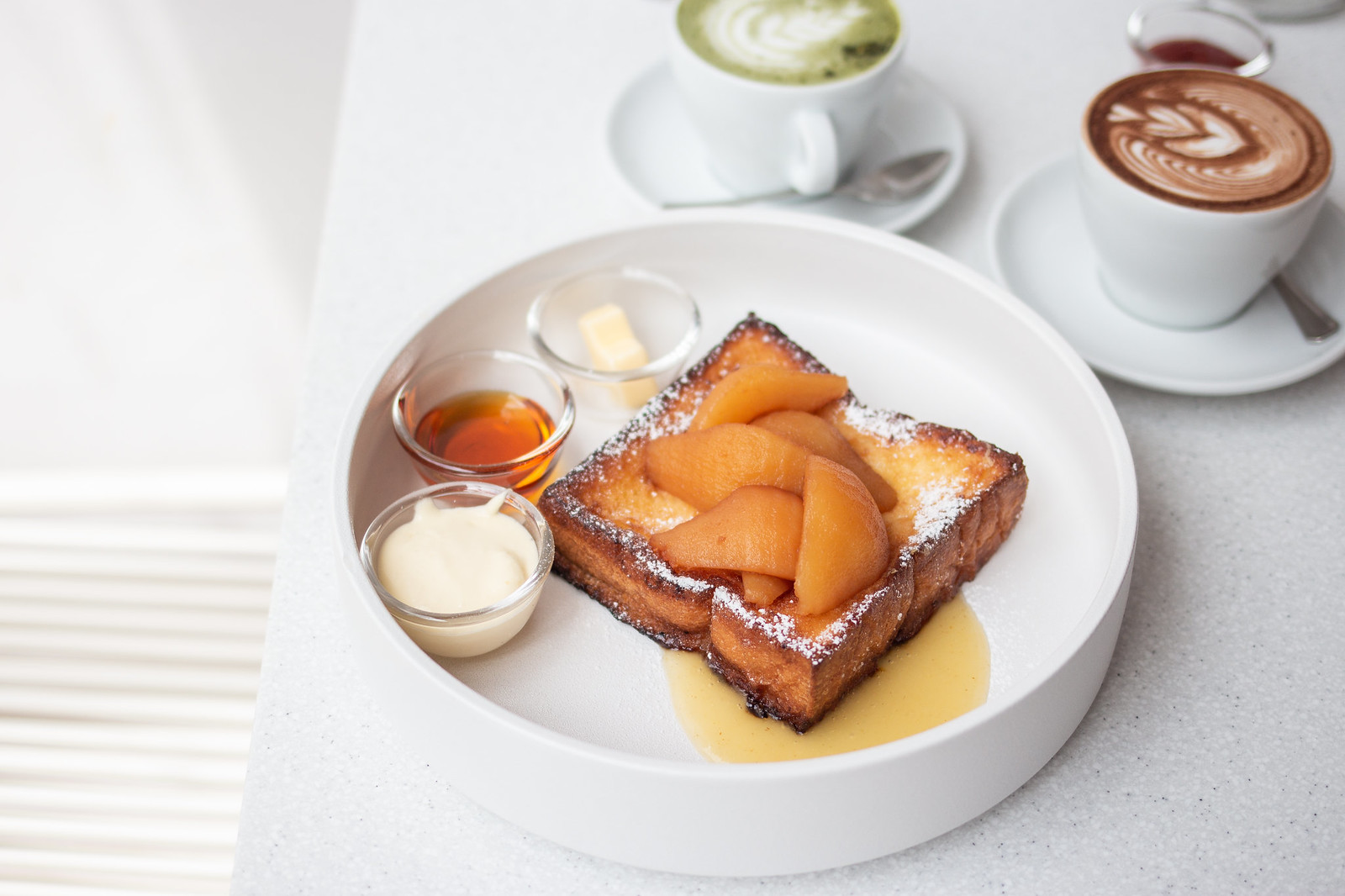 My time spent on cafes this year has seen a drastic reduction compared to the previous years and I attribute it to various reasons – wanting to focus on school work, saving for travel, getting a little tired of visiting the same good old favorites and just because there were barely any new cafes which I took a liking to. 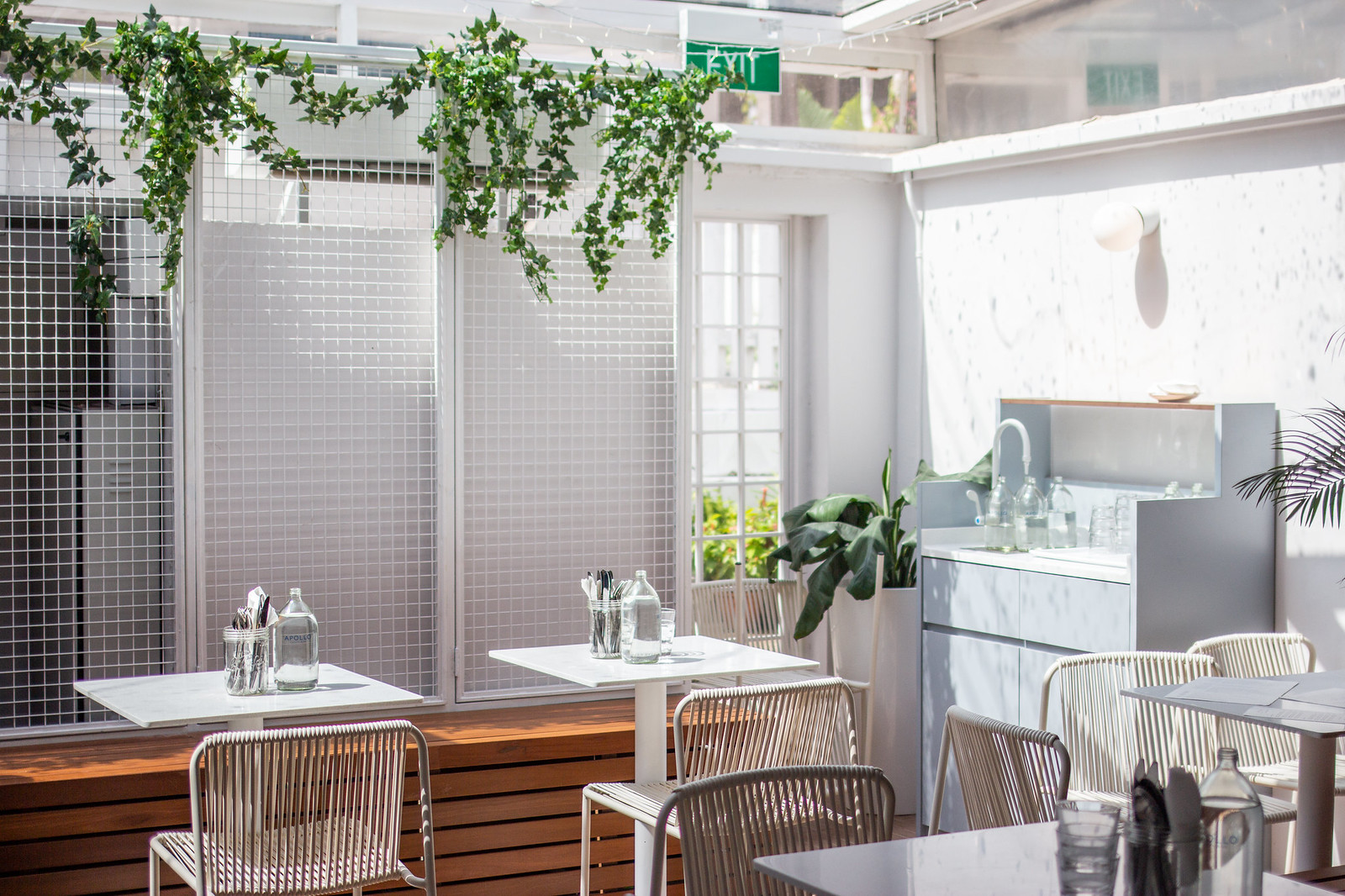 But very thankfully, I got freshened up after visiting the newly opened Apollo Coffee Bar. Having heard that it is reigned by the people behind Atlas Coffeehouse, Lunar Coffee Brewers and Columbus Coffee Co., it was hard not to build expectations and I went with fluttering feelings. 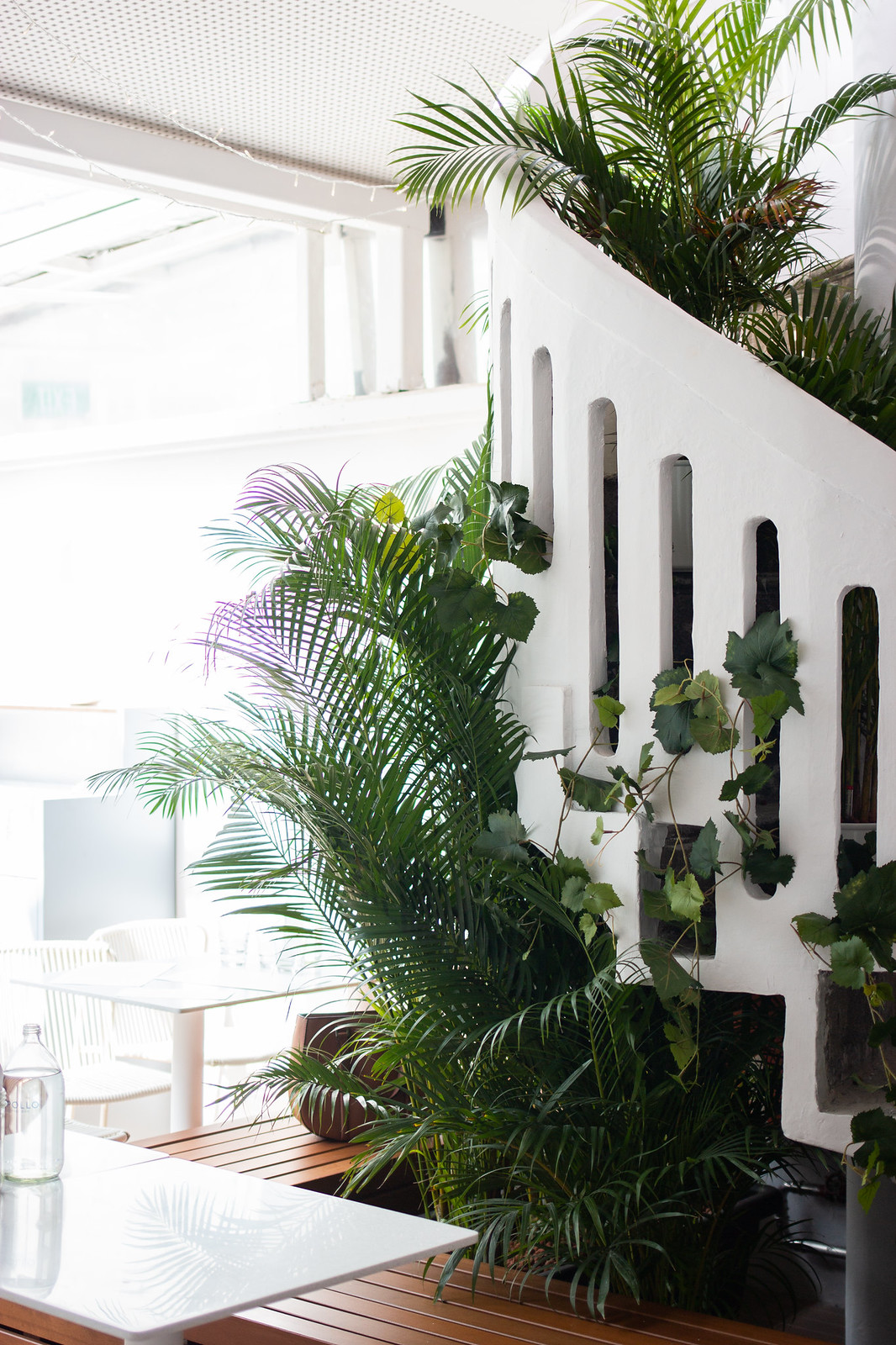 Being a North-Eastie, the location of the café at Serangoon Gardens feels homely and brings back faint memories of brunches at the now defunct Arbite. The café was lively on a weekday morning and I naturally found myself at the quieter “backyard” lit with sunlight via a transparent roof.

The menu is split into the brunch (9am – 4pm) and lunch menu (12pm onwards), with some familiar dishes from the sister cafes (i.e. pancakes, waffles, soft serve) that I haven’t had in a long time but decided to try new dishes instead. 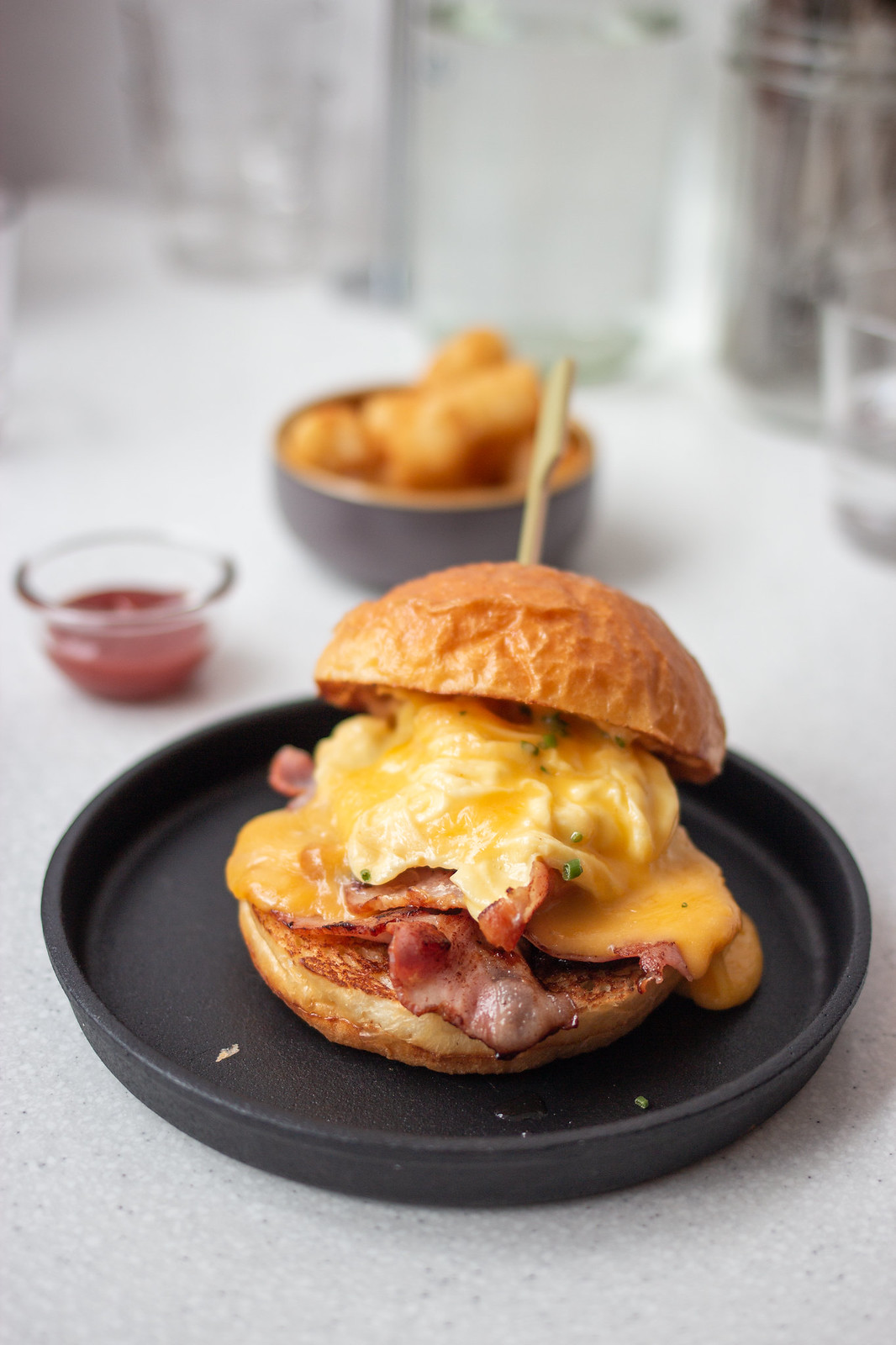 Having read good reviews on the Breakfast Burger ($16.50), it went straight to the order list. True enough, there was barely anything to fault at this satisfying dish – the back-bacon slices were thick and juicy, the cheddar-chive scrambled eggs were creamy, and the homemade brioche bun fluffy and savory. 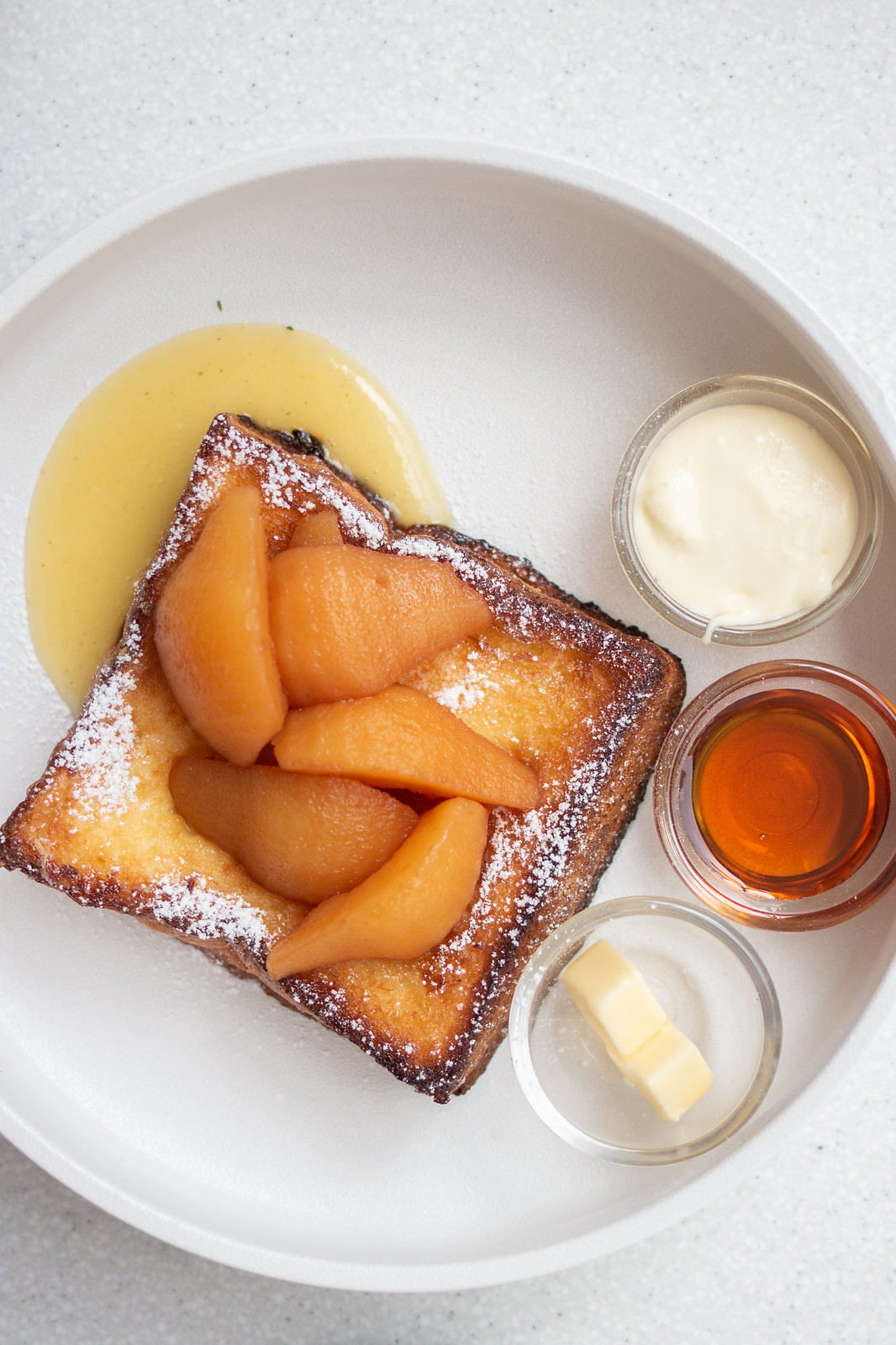 Featuring poached pears topped on buttery potato bun French toast, the Honey “Prench” Toast ($18.50) tasted best when I cut up a small piece of toast and soft pear and swiped it with a dollop of tangy lemon curd, a dash of fresh cream and a controlled serving of sweet honey before sinking my teeth into it. 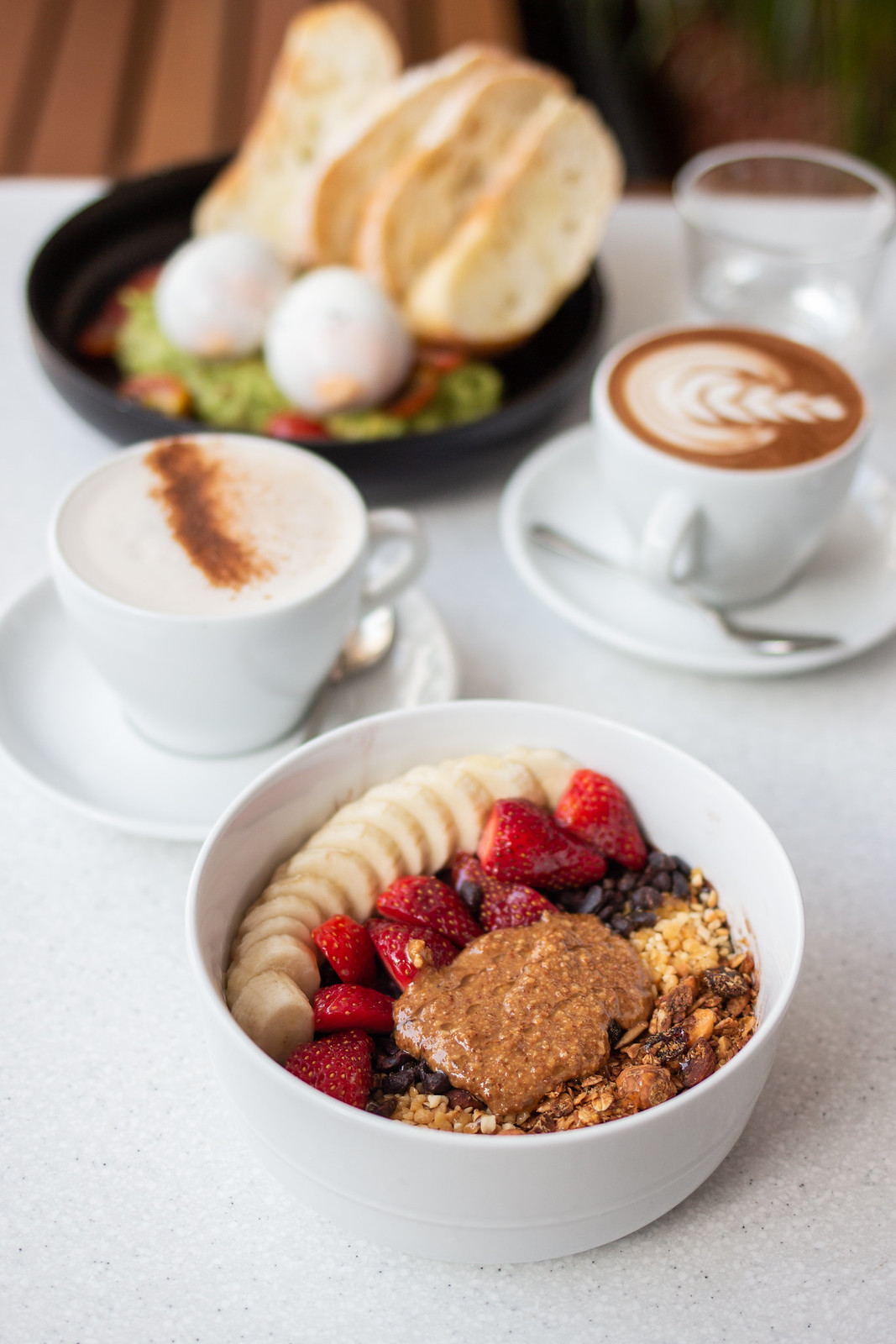 The Super Nutty ($15) Açaí bowl was well-balanced with fruits and nuts and I liked the distinct dark chocolate-y taste in the berry blend. 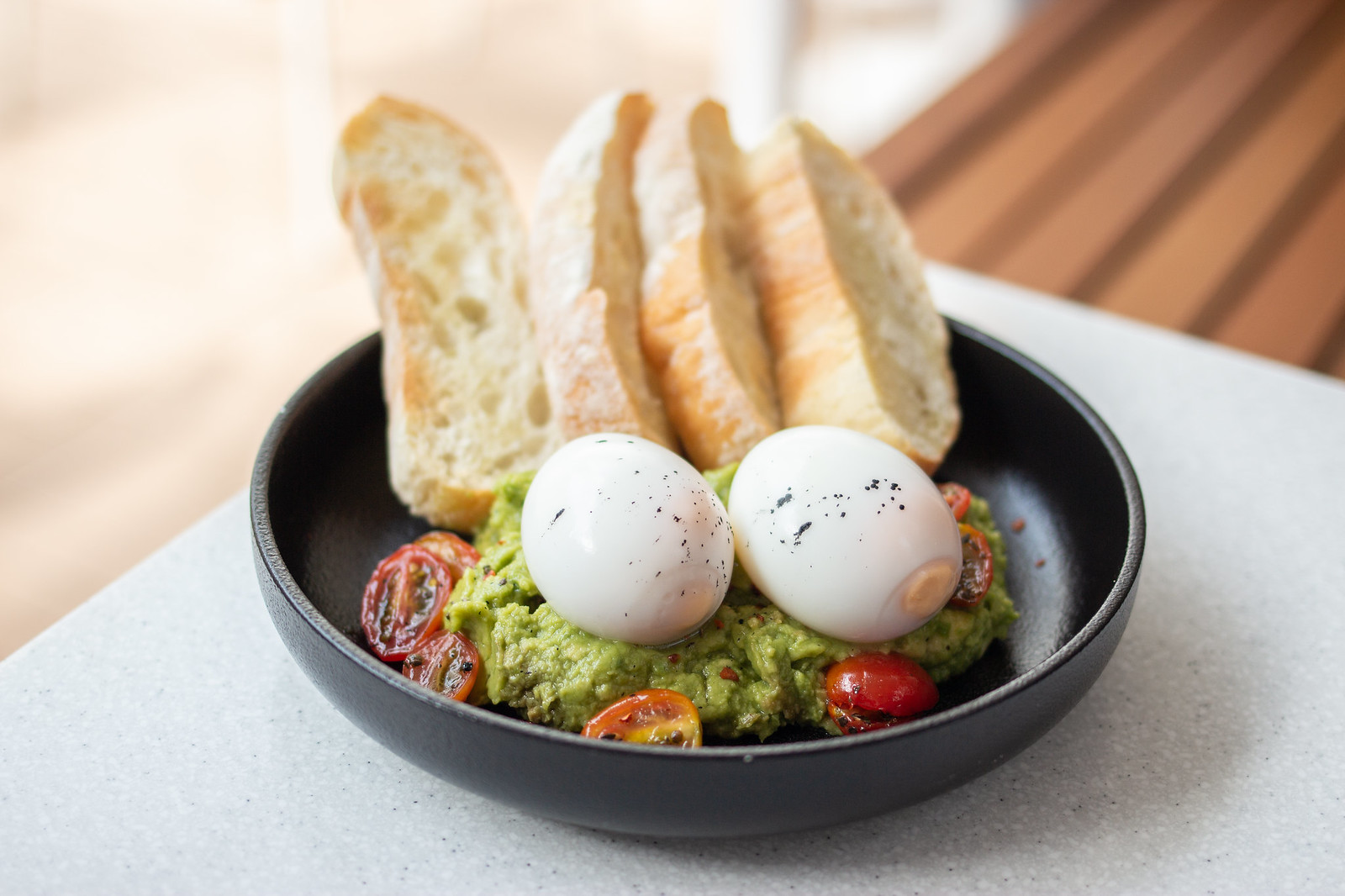 A more ordinary item, the Smashin’ Avo ($16.50) was decent but the one thing that left a memorable note was neither the avocado, the soft boiled eggs nor ciabatta but surprisingly the cherry tomatoes which were drizzled in a special sweet sauce.

I also tried the Truffle Fries ($9.50) which although was not the best in Singapore, still had a distinct truffle fragrance and taste sufficient for us to clear the plate (and forget to take a picture of it). 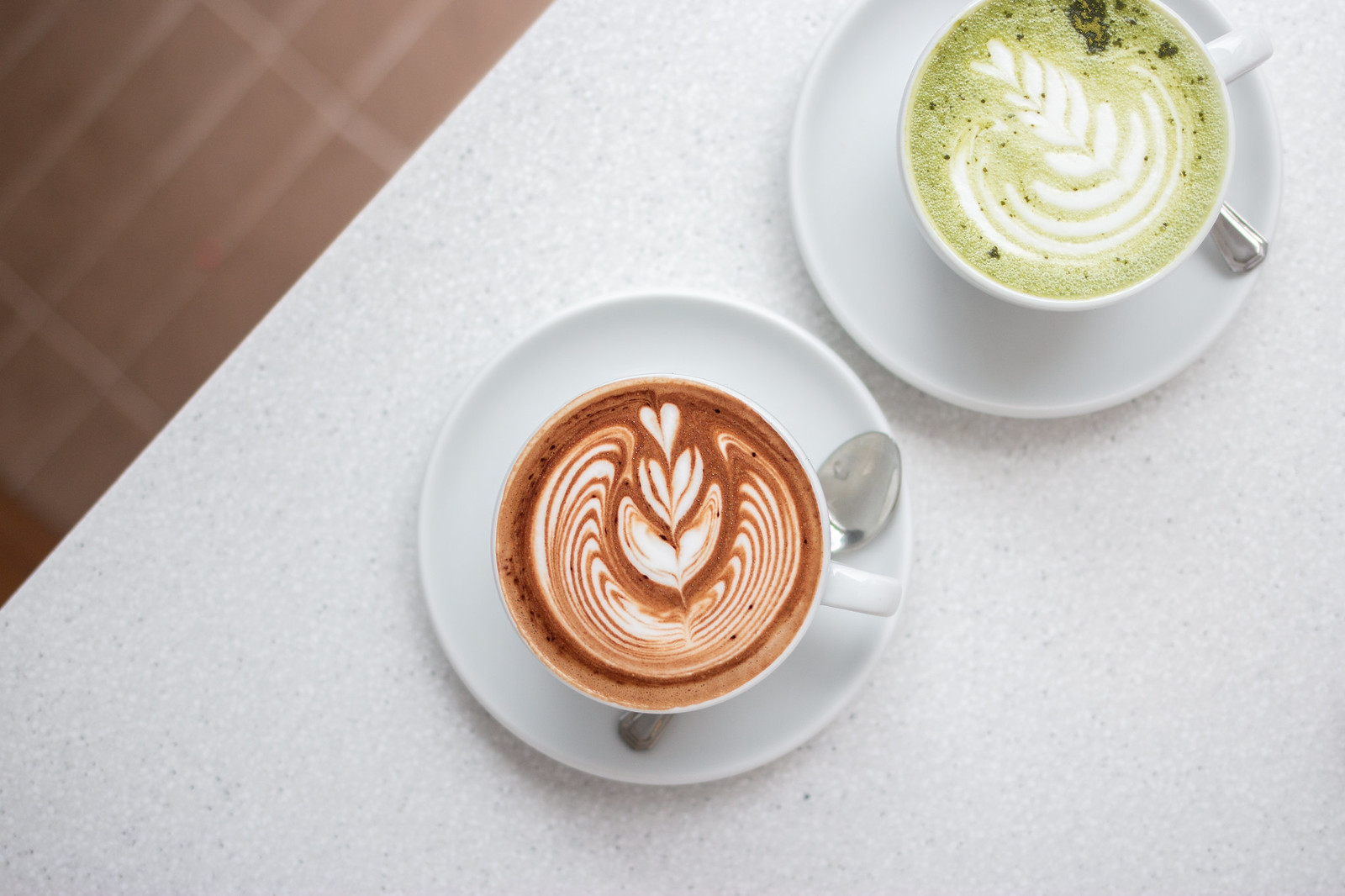 Drinks-wise, I felt that the Matcha Latte ($6) was on the sweeter side, while the Mocha ($5.50 for reg 7oz, $6.50 for large 9oz) was good and consistent with the ones I had at Atlas and Lunar. I would also recommend to stick to the coffee here, after having a rather weak and limp Chai Latte ($6) on my second visit. 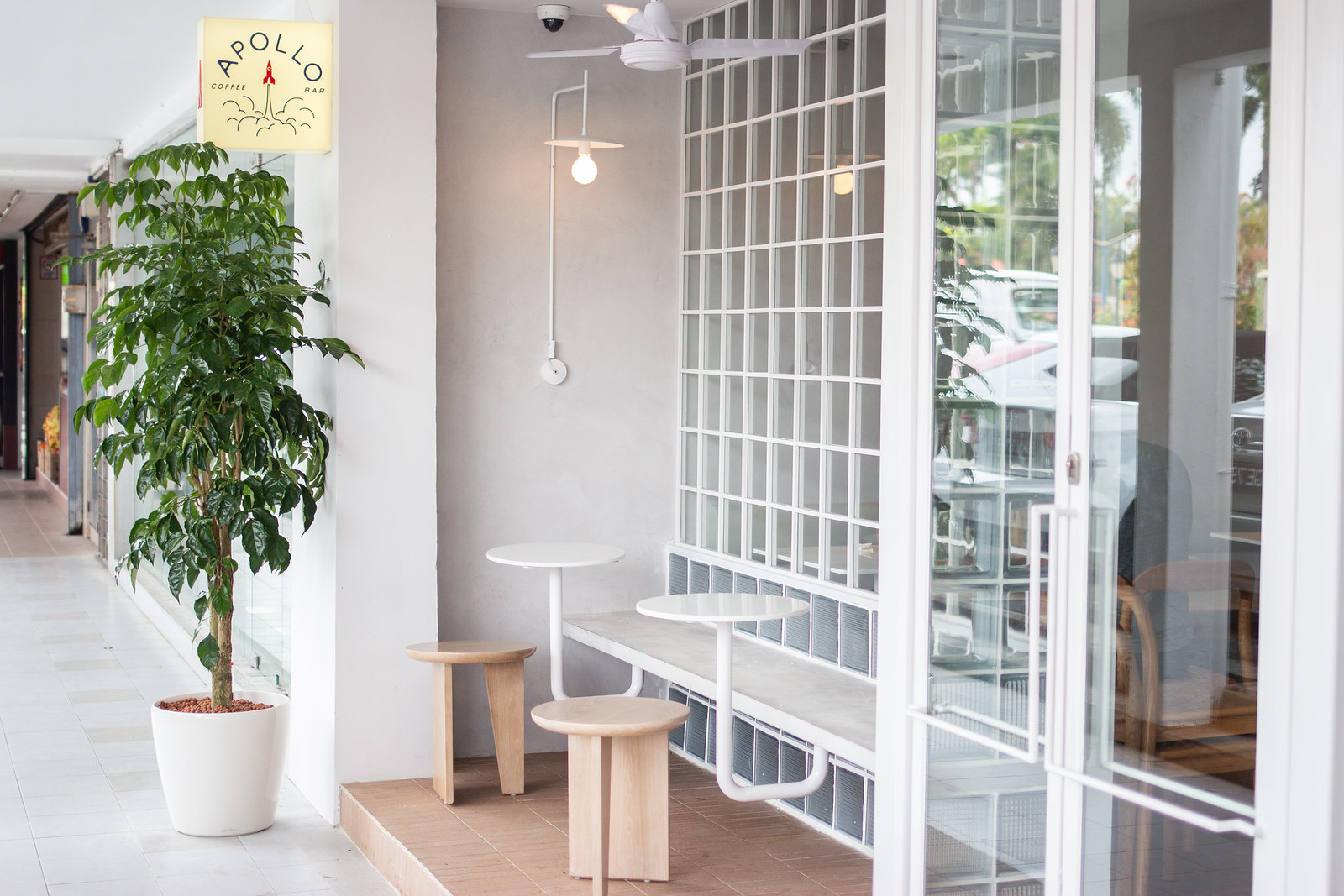 Having only ordered from the brunch menu, I wouldn’t hesitate to be back for the lunch menu, which is further divided into small and large plates, and also their homemade pastries and cakes on display at the counter.

One thought on “Apollo Coffee Bar”