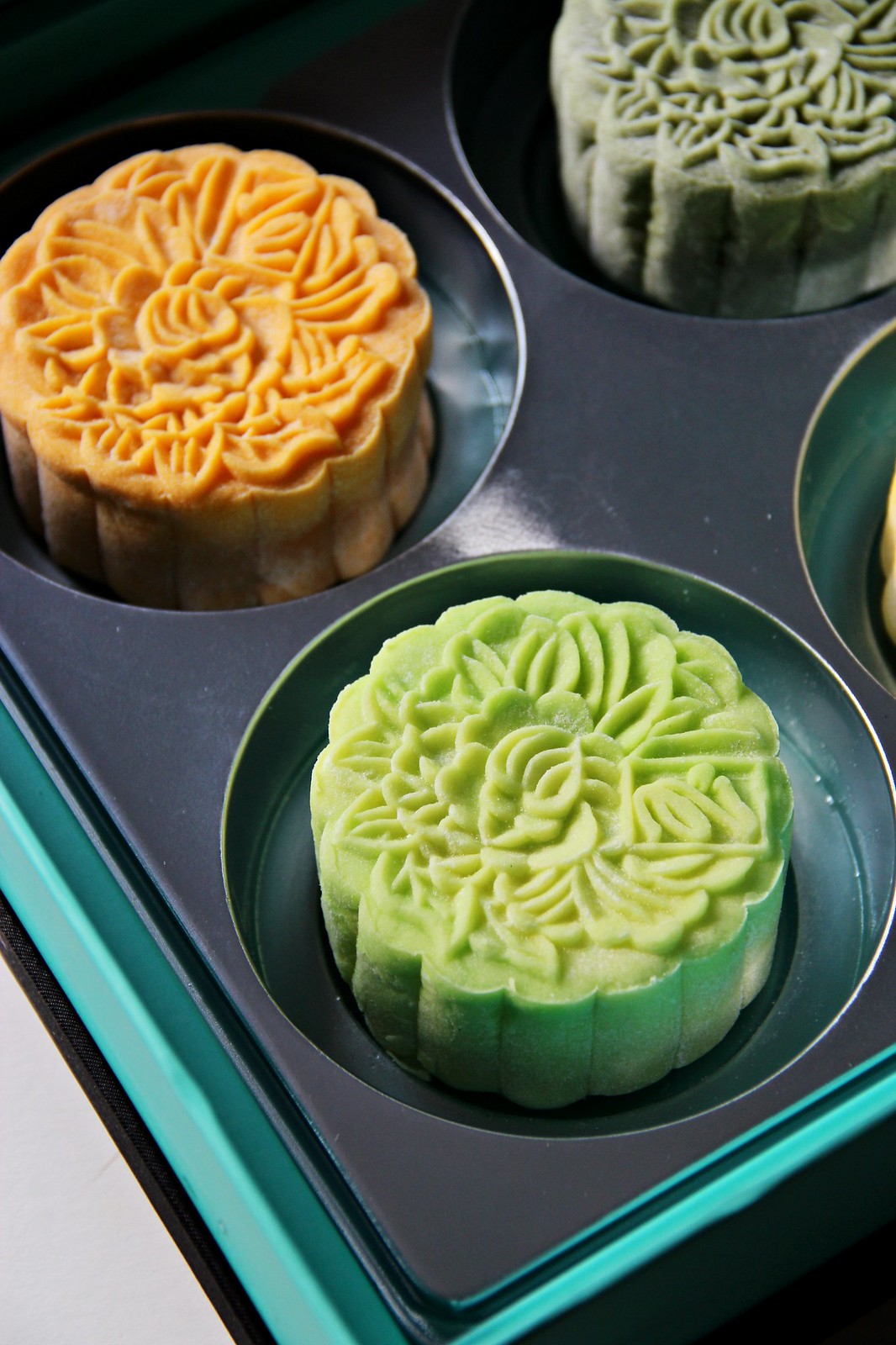 With less than a month to go to the Mid Autumn Festival, everyone’s off scurrying to mooncake fests to source for that good box of mooncakes. This year round, I’m glad to have tried both traditional and snowskin mooncakes from Peony Jade Restaurant. Led by Peony Jade’s dim sum master chef Chef Wong, the culinary team has brought back old classics as well as new flavours, all of which are made with no artificial flavourings, stabilisers or preservatives. 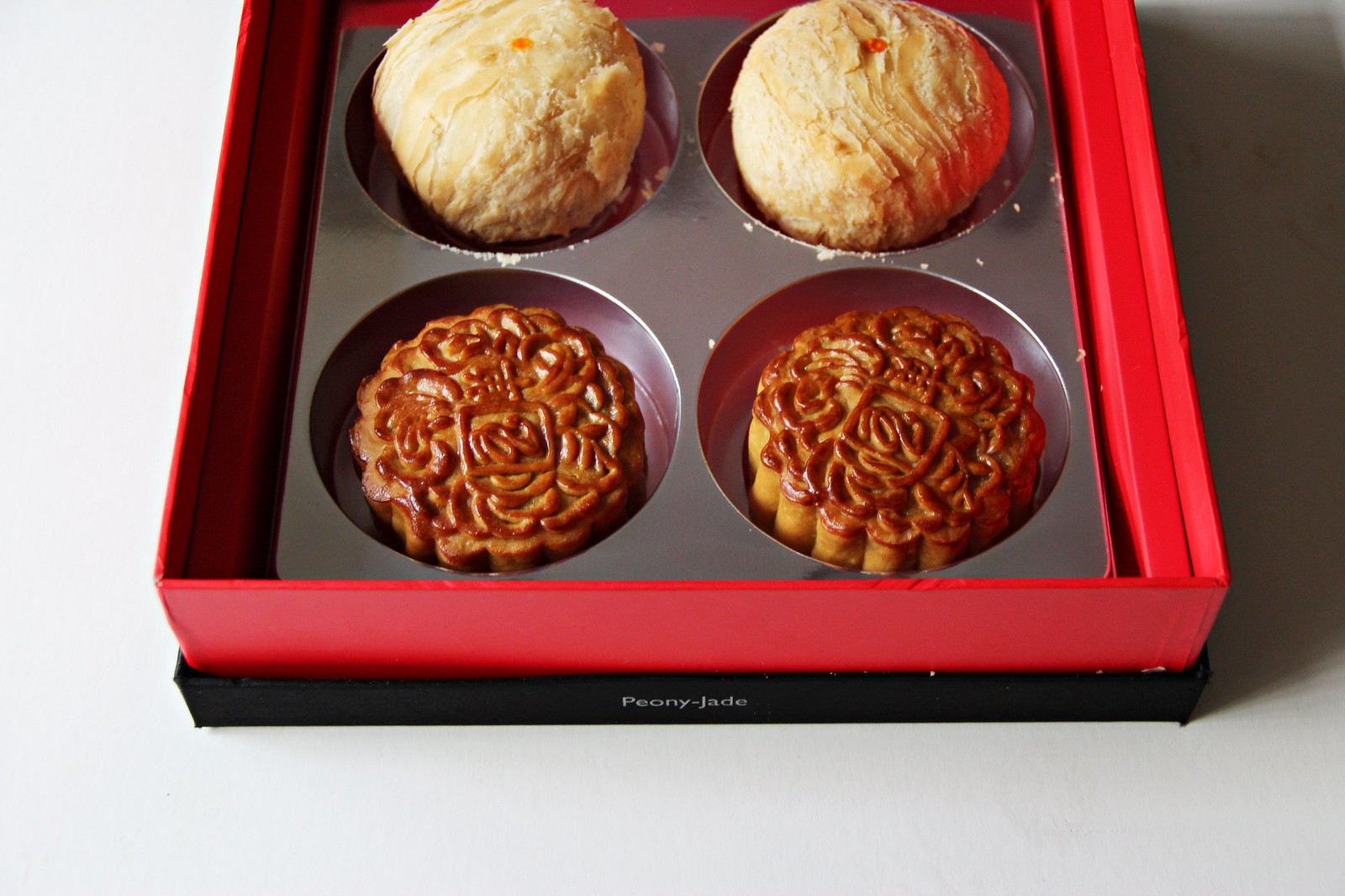 One of the most renowned items from Peony Jade is no doubt their signature Flaky Teochew Orh Ni Mooncake with Premium Fragrant Golden Pumpkin & Single Egg Yolk ($33 for 2 pieces, $59 for 4 pieces). Peony Jade’s version of the teochew mooncake is even crowned to be the best in Singapore by some. The yam filling is smooth and is enhanced by a thin layer of pumpkin which gives a more distinct flavour. The skin is also adequately flaky for that extra crunch.

The other traditional piecce I had is the Low Sugar Baked Mooncake with Premium Mother of Pearl White Lotus Paste & Single Yolk ($33 for 2 pieces, $59 for 4 pieces). Good thing’s that you can’t even feel it’s baked with less sugar! There are 2 other renditions to this traditional baked mooncake – one with jin hua ham and assorted nuts and the other with macadamia and double yolk. 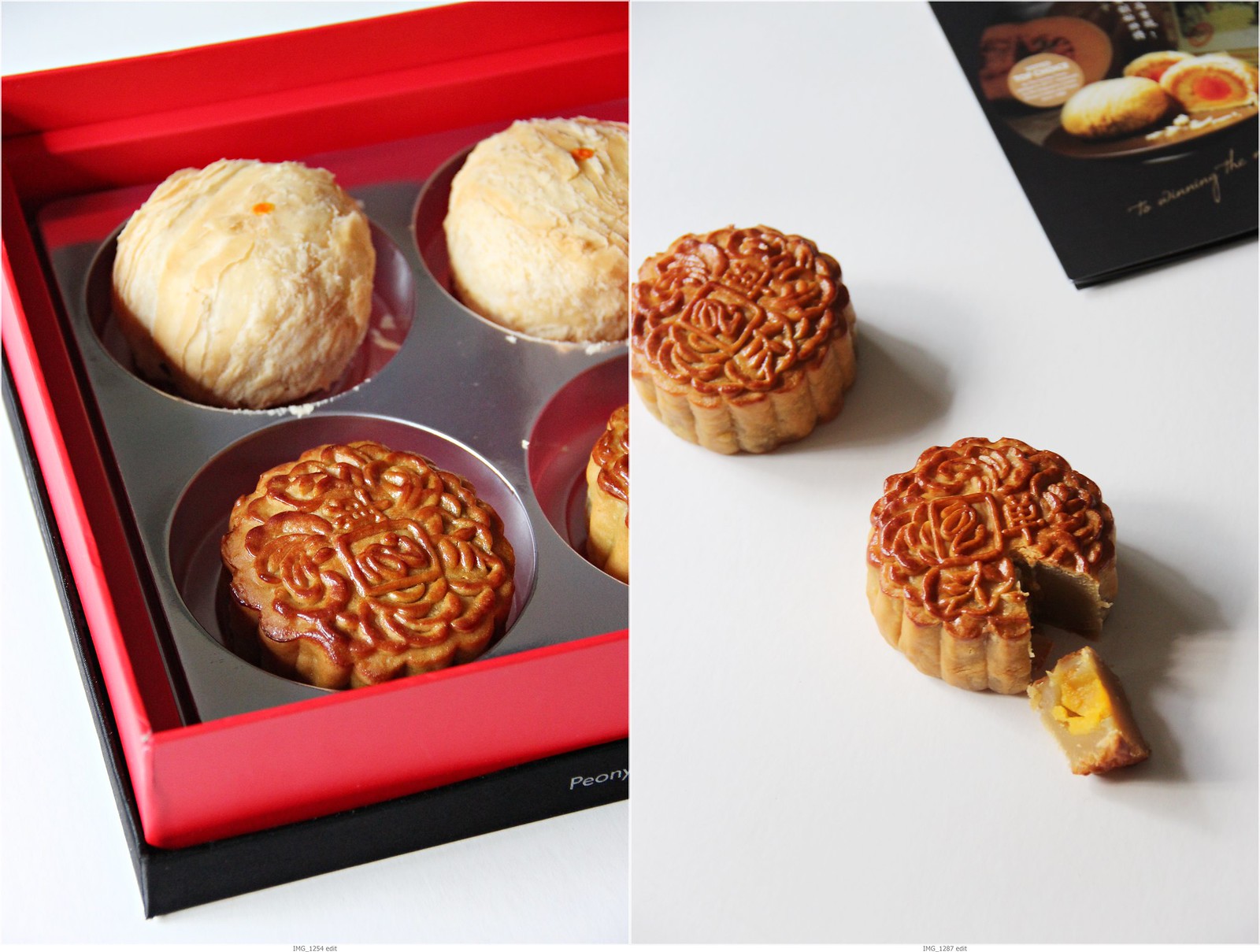 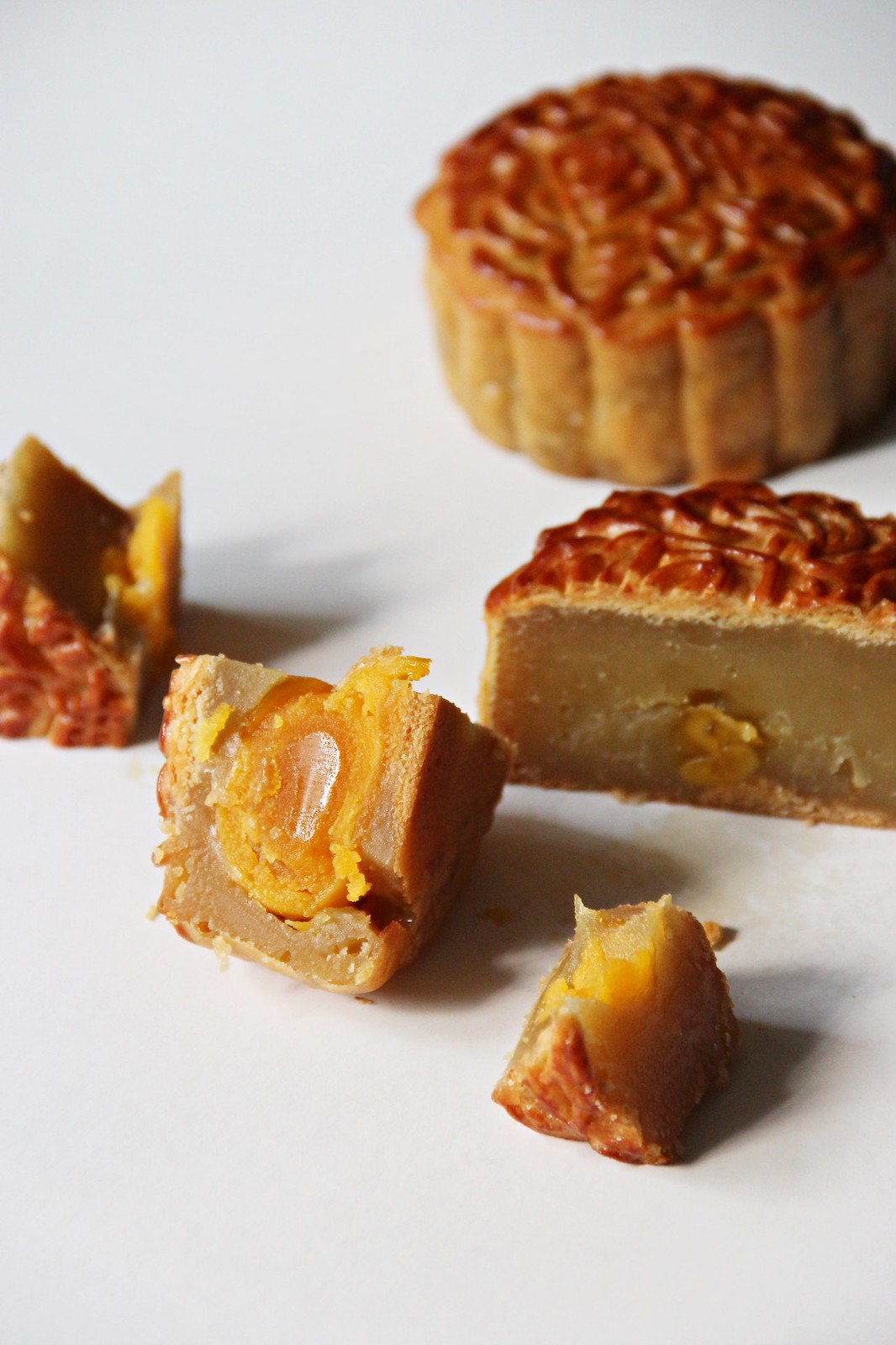 Just like previous years, Peony Jade’s 4 Heavenly Flavours ($64 for 4 pieces) is back again this year. Among the 4, my favorite is definitely the durian mooncake. This Top Grade Pure Mao Shan Wang Durian Mooncake in Organic Pandan Snowskin has a core of 100% pure mao shan wang – if that’s not self-explanatory enough already. The rich filling also complements its organic pandan snowskin, which has a less subtle fragrant of pandan but refreshing nonetheless. Another interesting contender is the Snowskin Kochi Yuzu & Apple Cream Cheese Mooncake. The filling is a creamy concoction with the yuzu flavour dominating that of apple cream cheese. I found that pretty unique. And for those who lust for exotic fruits, the Snowskin Soursop Mooncake and Snowskin Premium Cempedak Mooncake would suit you.

What I’ve tried are only the large snowskin mooncakes. The small ones come in a variety of new flavours, including Valrhona chocolate, coconut truffle and apricot. The only issue to consider is that the snowskin mooncakes degrade quite rapidly after 3 days. Otherwise, Peony Jade’s mooncakes should be on your shopping list this year. Grab them at either their 2 restaurant branches (location stated below) or at on-going roadshows, one of which is the mid autumn fest at Takashimaya. The fest at Takashimaya will run from now till 8 September. 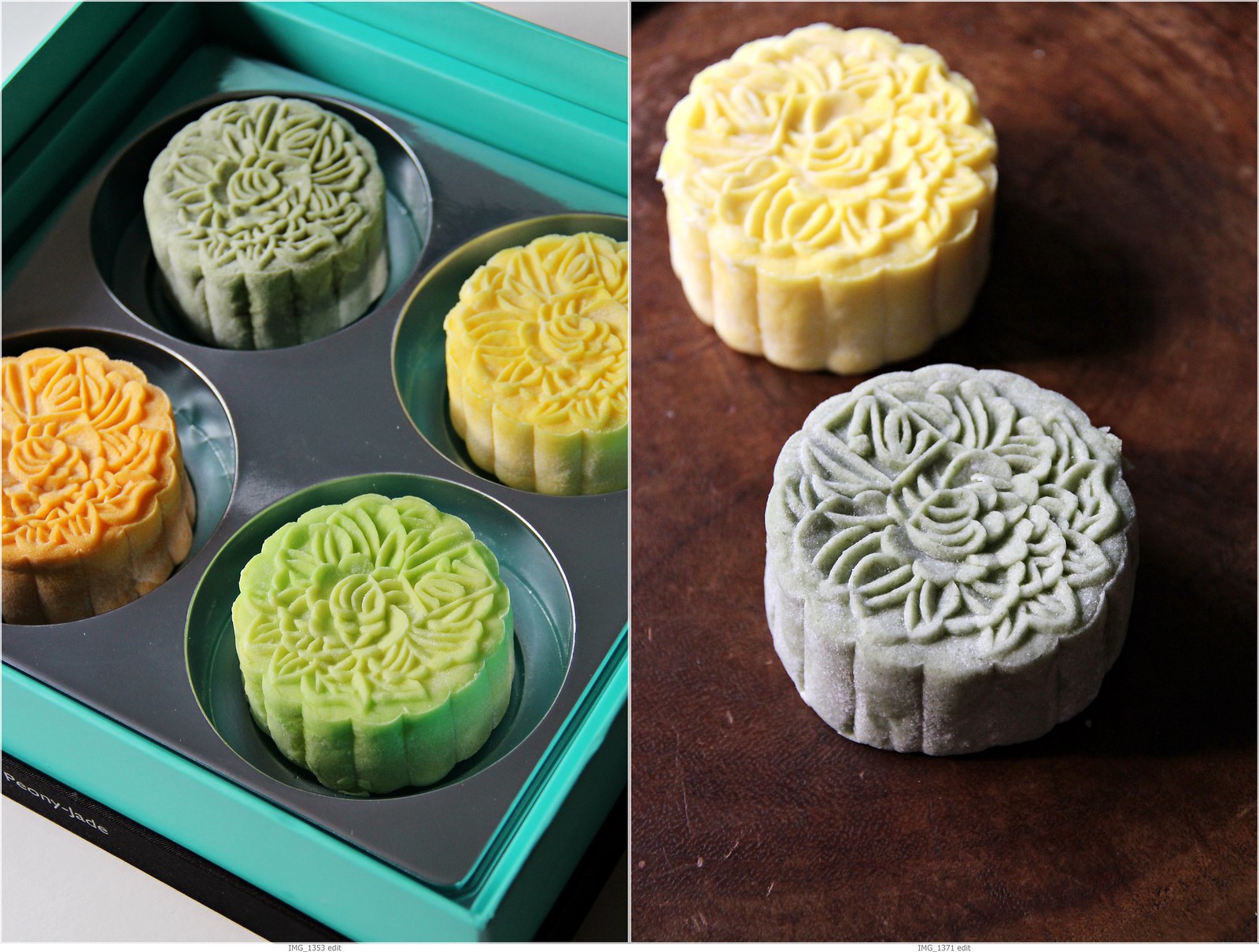 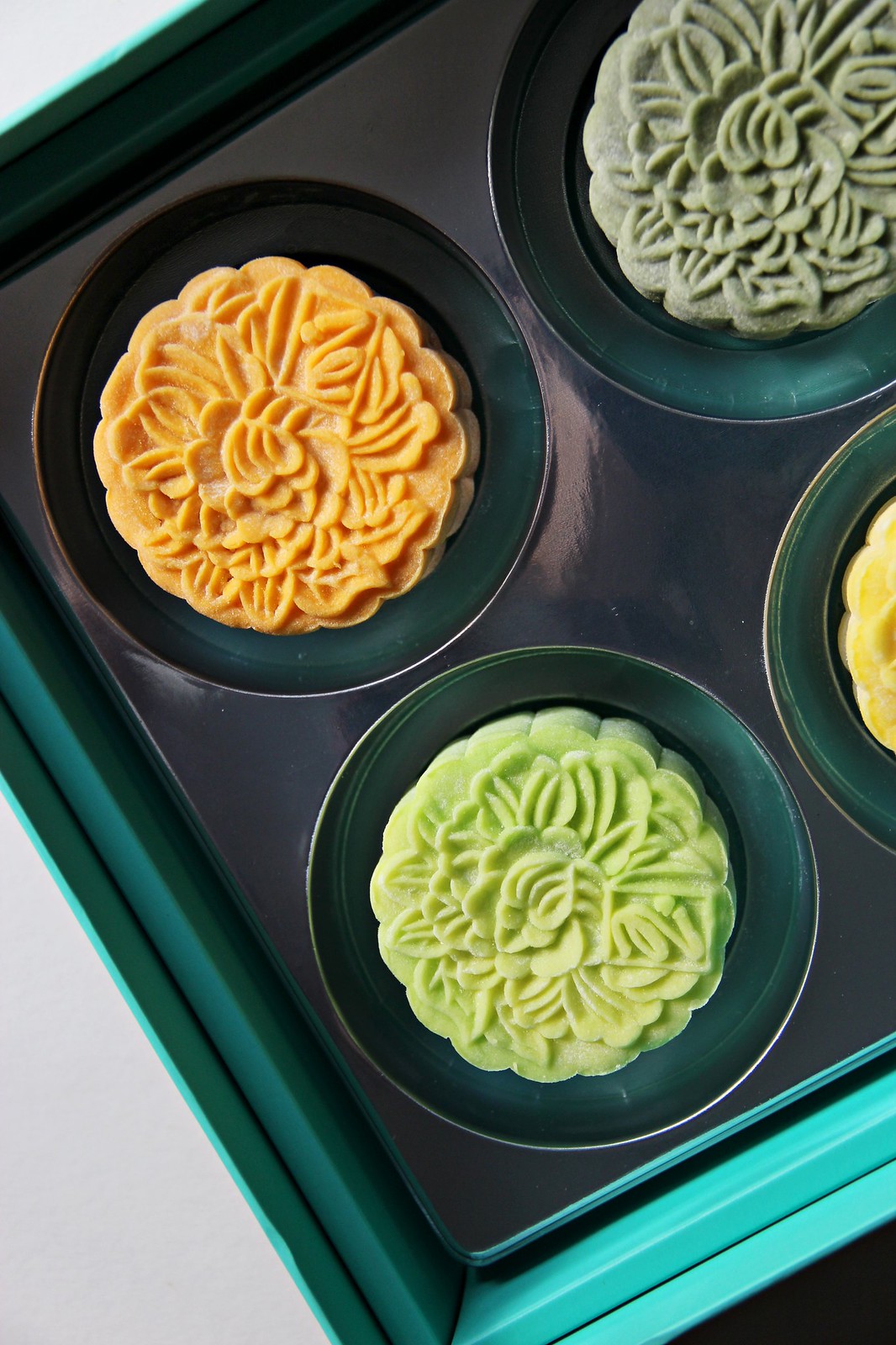 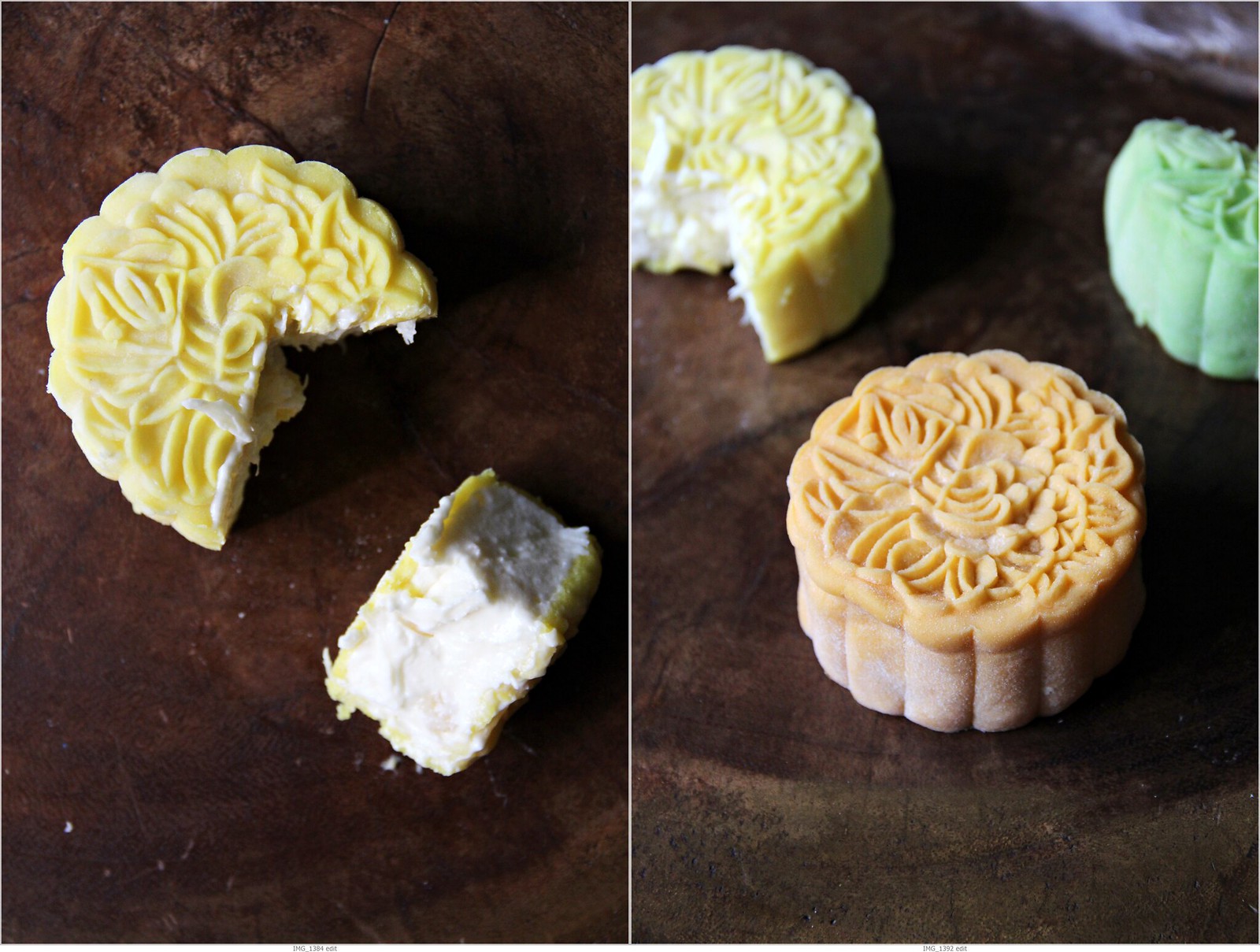 Special thanks to Peony Jade and 37 Communications for the mooncakes.