Mille Crepes from The Udder Pancake 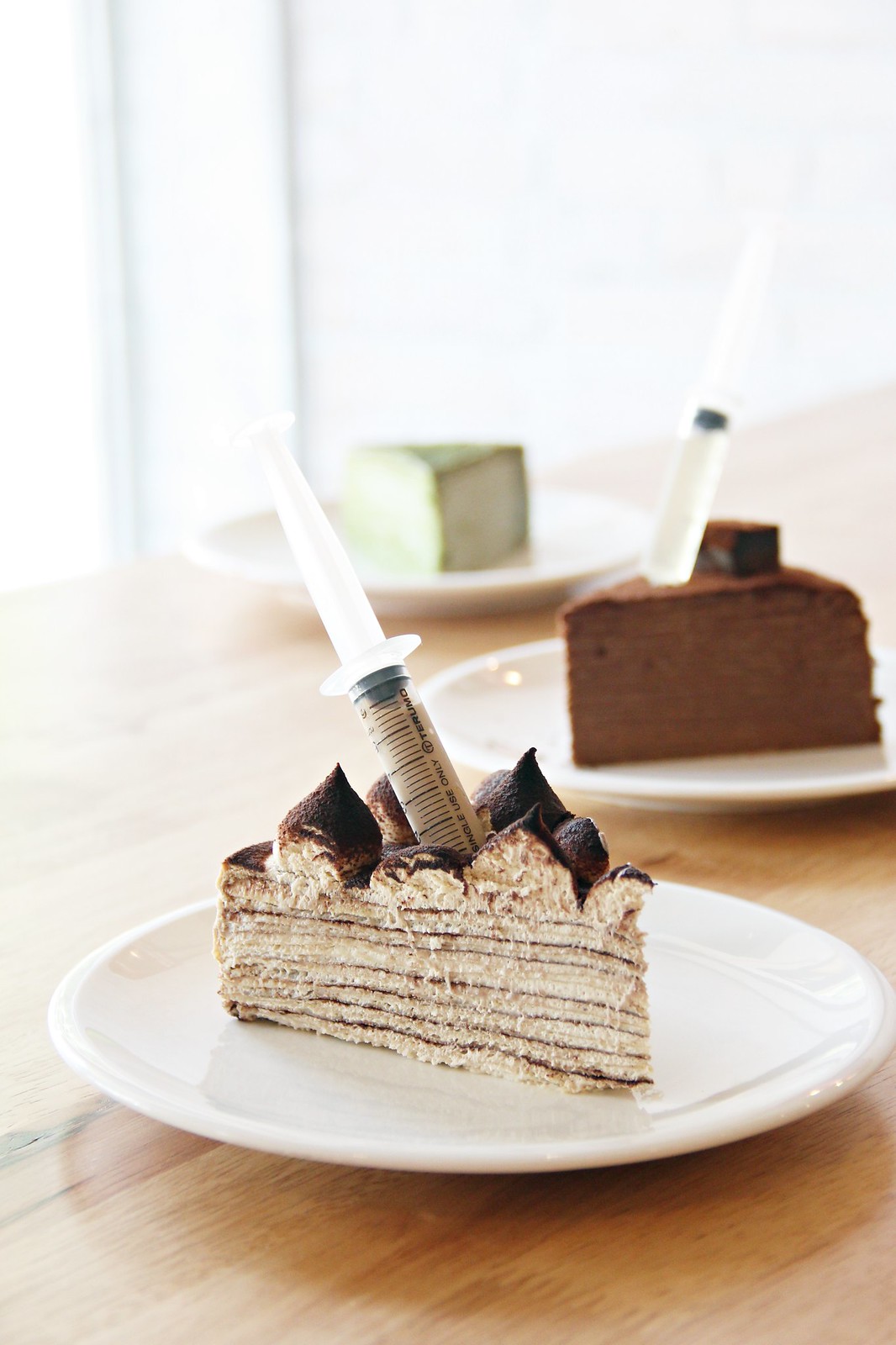 The original plan was to head to Carpenter and Cook (haven’t been to the main store at Lorong Kilat for ages), or to the newly-opened Revelry which seems to serve up some decent waffles. Alas, both were closed. You would think that after years of food hunting I’ll do my research beforehand all the time…

Next to Udders along Lorong Kilat is its new born sister, The Udder Pancake. Udders does have some pancake dishes on their menu but now this outpost which is directly connected to Udders instore has larger range of pancakes on the menu, from sweet to savoury. Oh, there’s truffle fries too. You can also get ice cream and waffles from Udders next door and chill at this larger space. The cushion seats are a lot more comfortable than those wooden stools at Udders.

Sadly and oddly enough, we didn’t get their pancakes. I’ve been eyeing their mille crepes and I was previously disappointed by Udders’ pancakes. Between the two of us, we shared a Geisha Matcha ($7.90), Brandied Chocolate ($11.90) and a Baileys Tiramisu ($11.90). 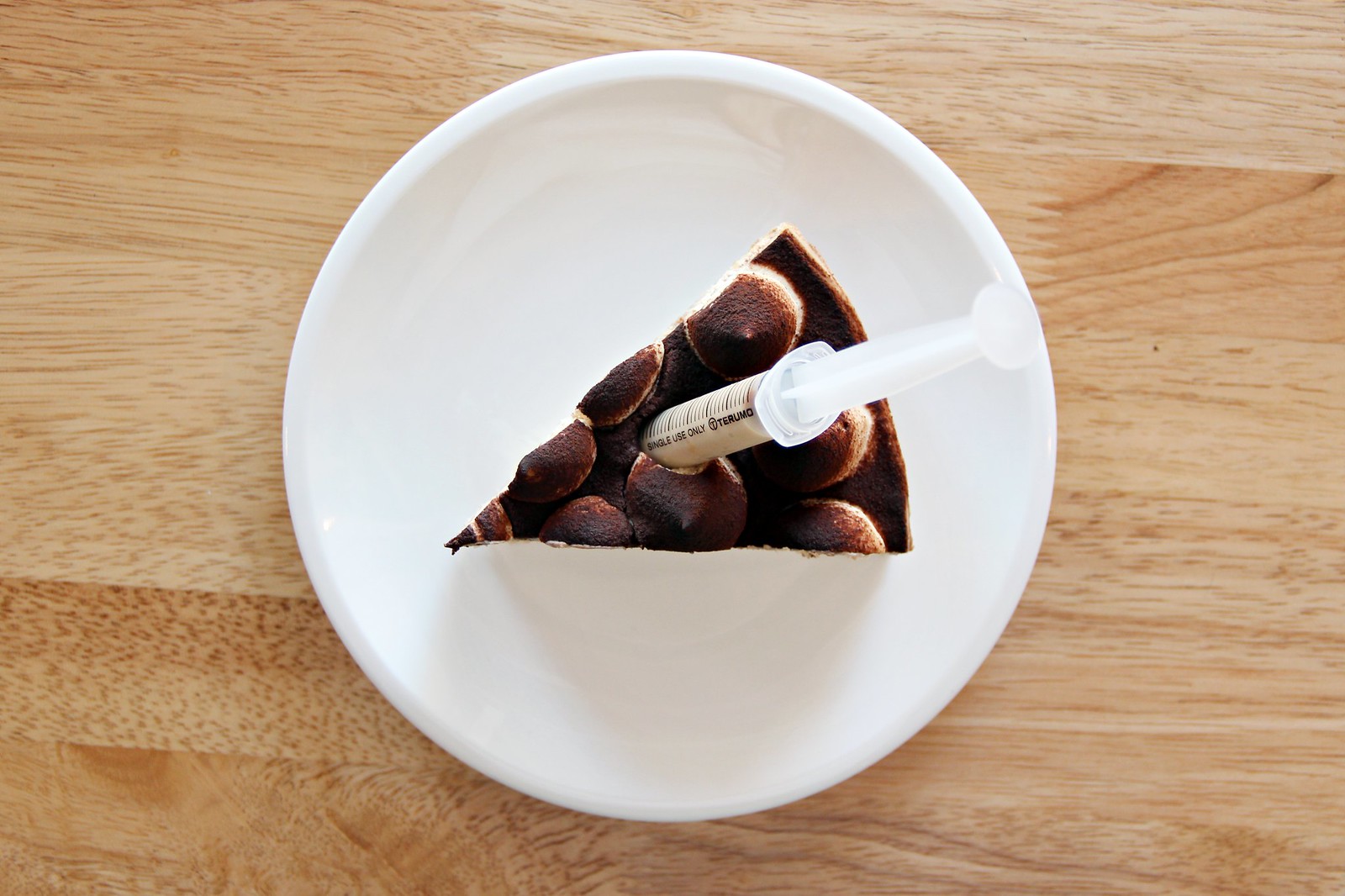 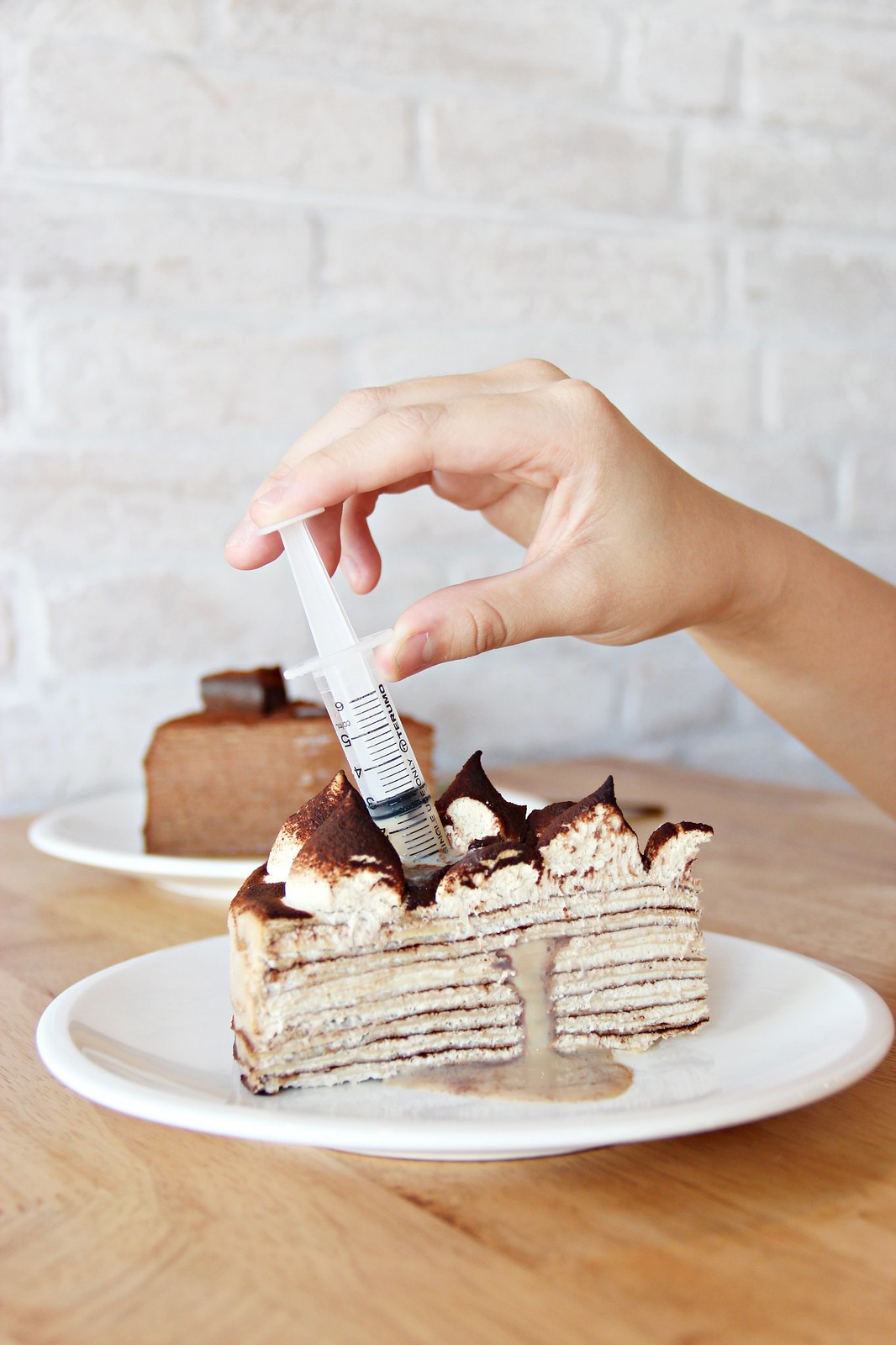 They tasted as good as they looked. My personal favourite is the Baileys Tiramisu, which came with a shot of baileys in a syringe. It’s pretty therapeutic to inject it in and watch the liquid flow in between and out of the layers of the crepe. Tiramisus were made to be a lighter, fluffier, mousse-like cake but I thought this denser crepe version could give the original a run for its money. The cream might put off some people though. 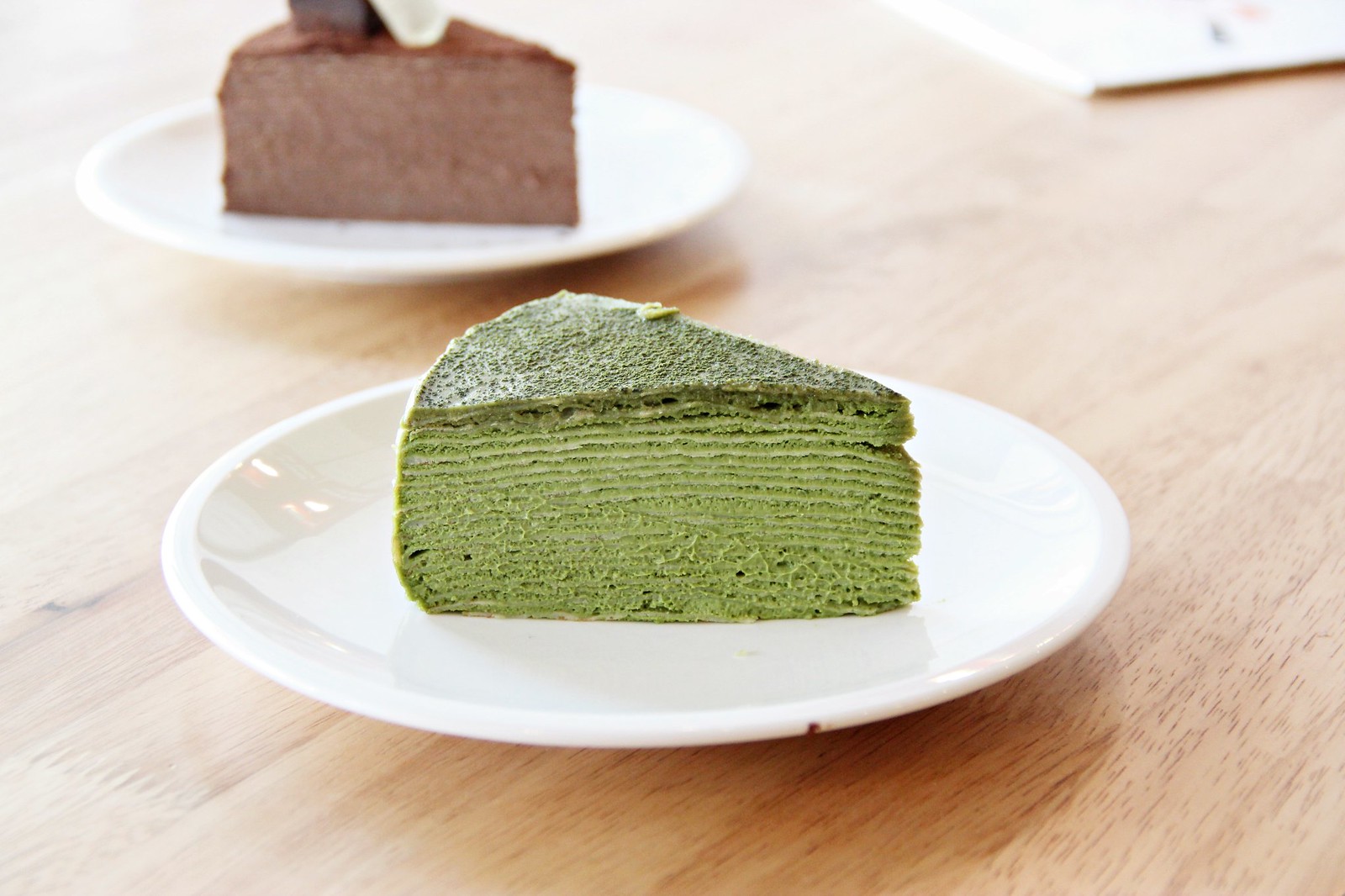 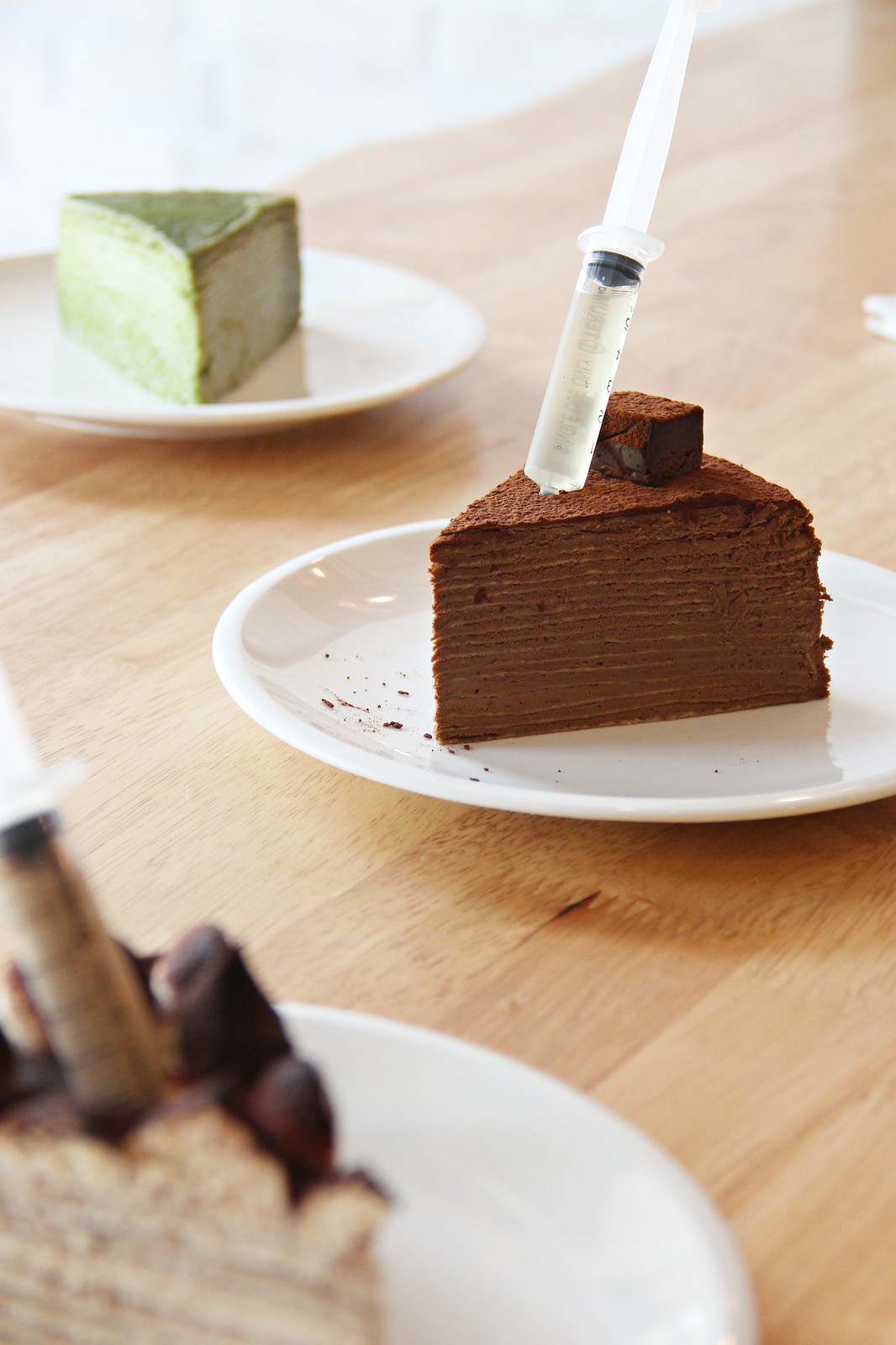 Green tea lovers would be a fan of the matcha crepe. It is hardly (artificially) sweet at all and the essence of green tea is great. On the other hand for the brandied chocolate crepe I felt that the brandy was overpowering the chocolate crepe. Wouldn’t recommend it if you’re not accustomed to alcohol.

The mille crepes are a tad pricey but I say go for it if you’re looking to try something different. Maybe I should’ve got some ice cream next door to go along with the cakes… 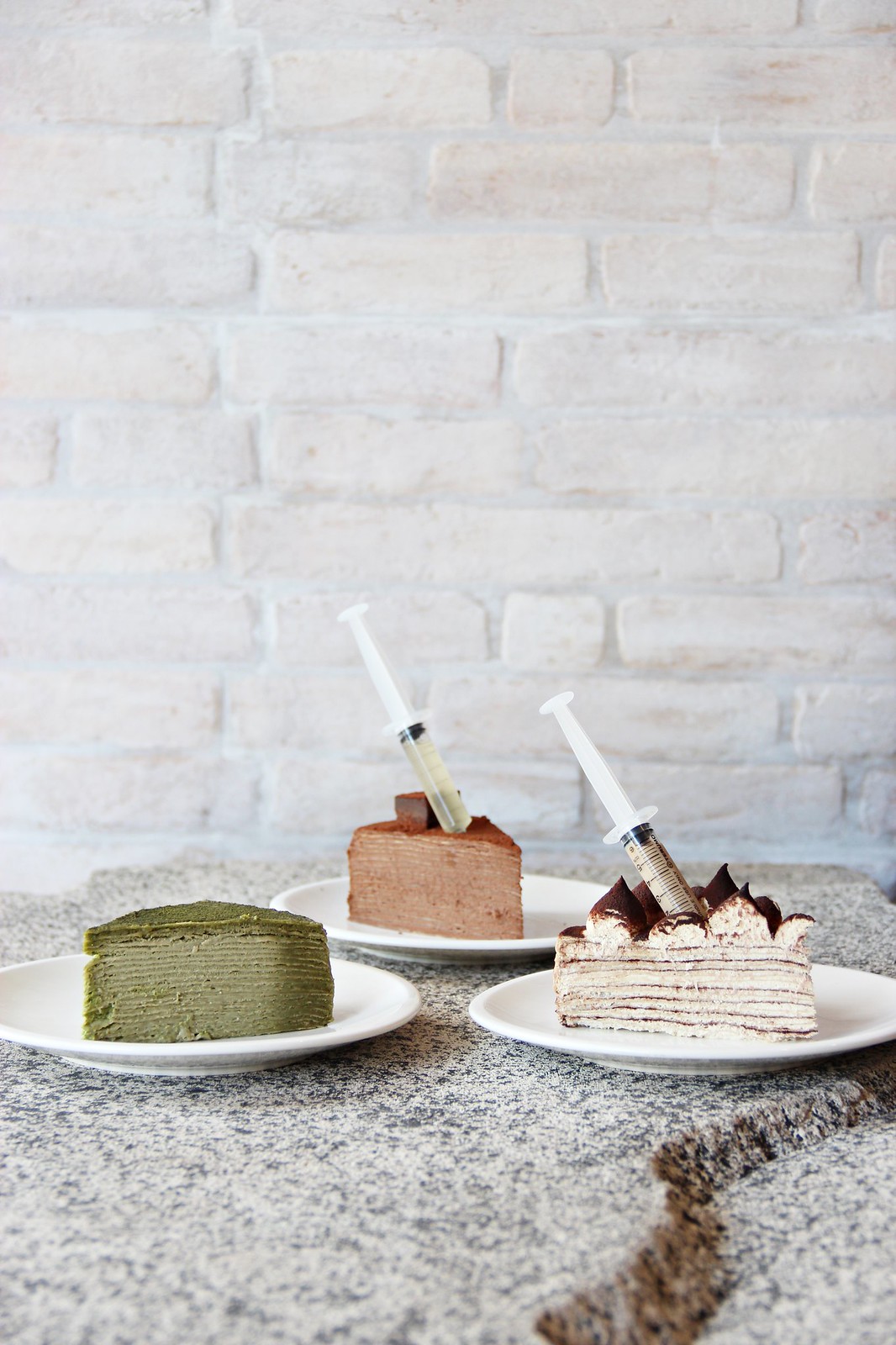 One thought on “Mille Crepes from The Udder Pancake”