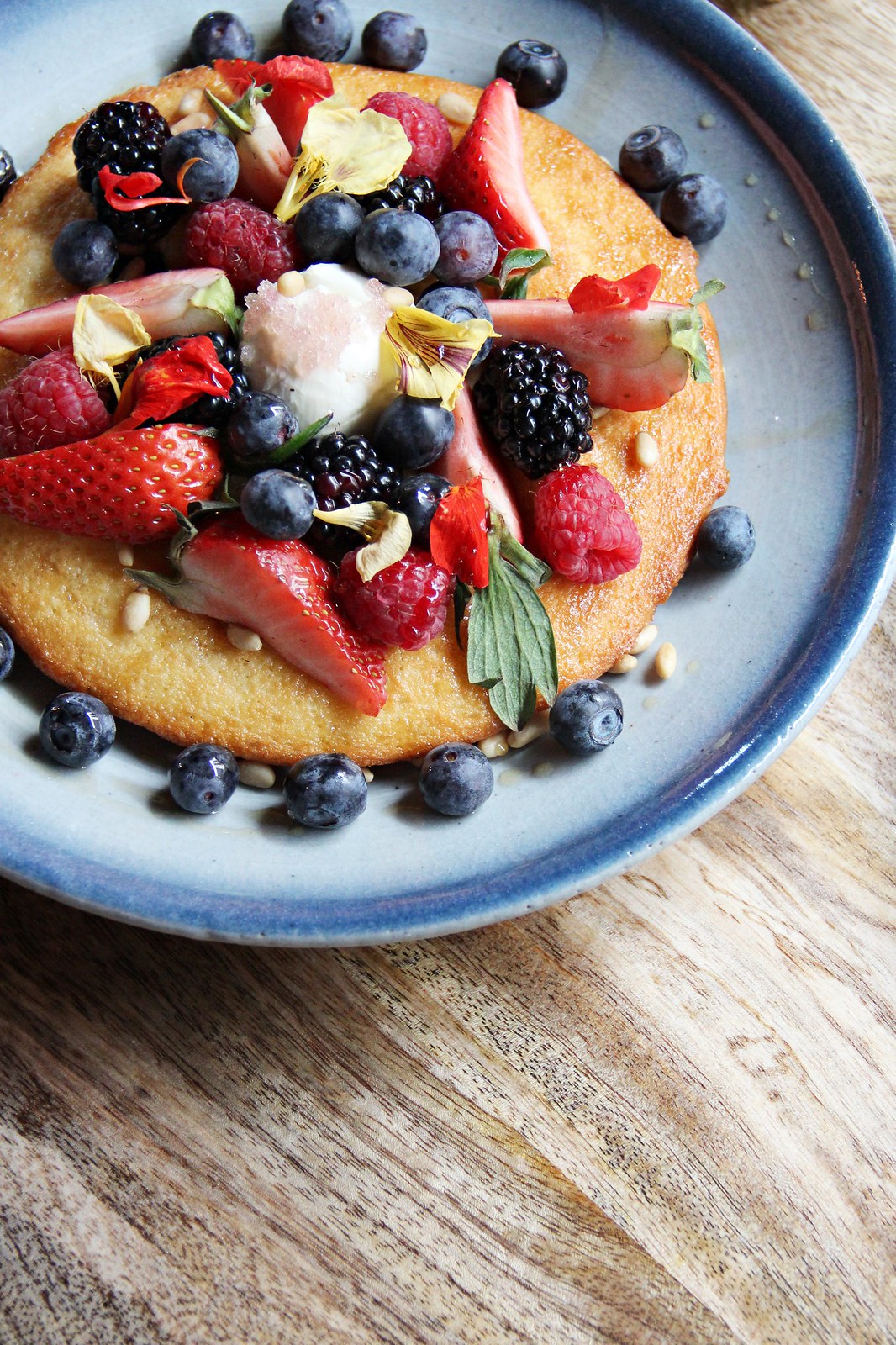 This is kind of a late post since my first visit to Paddy Hills was about 6 weeks ago but I thought I should visit a couple more times since I was pretty impressed by the initial dining experience here. I was getting bored of the other new cafes that opened so much so that I started to appreciate the old places I frequent a lot, but this new café that opened this year was surprisingly very promising. 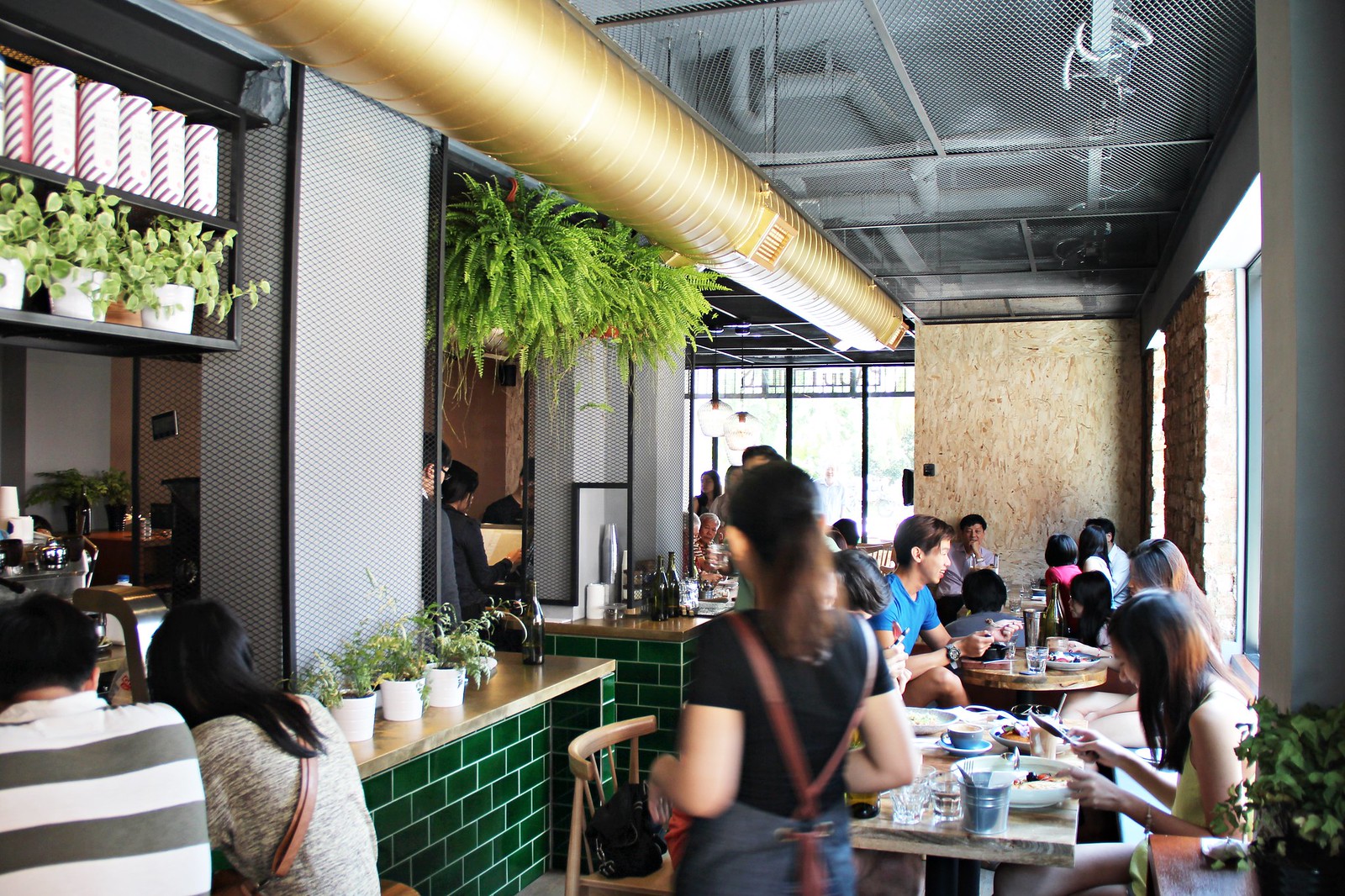 The café occupies a relatively huge space with a bar counter dividing the place into two halves. There are blue walls, wooden tables, green tiles and gold counter tops which seem like a mismatch of colors and textures but eventually gave rise to a pleasant aesthetic and ambiance. Stellar effort put into the décor for sure.

The menu splits into Daytime Eats (9.30am to 5pm) and Nightime Nosh (6pm onwards) and is packed with a variety of interesting eats. You’ll probably take some time to browse through the entire menu and pick the items. Word of advice: Order your items quickly as waiting times can be pretty long especially on the weekends. 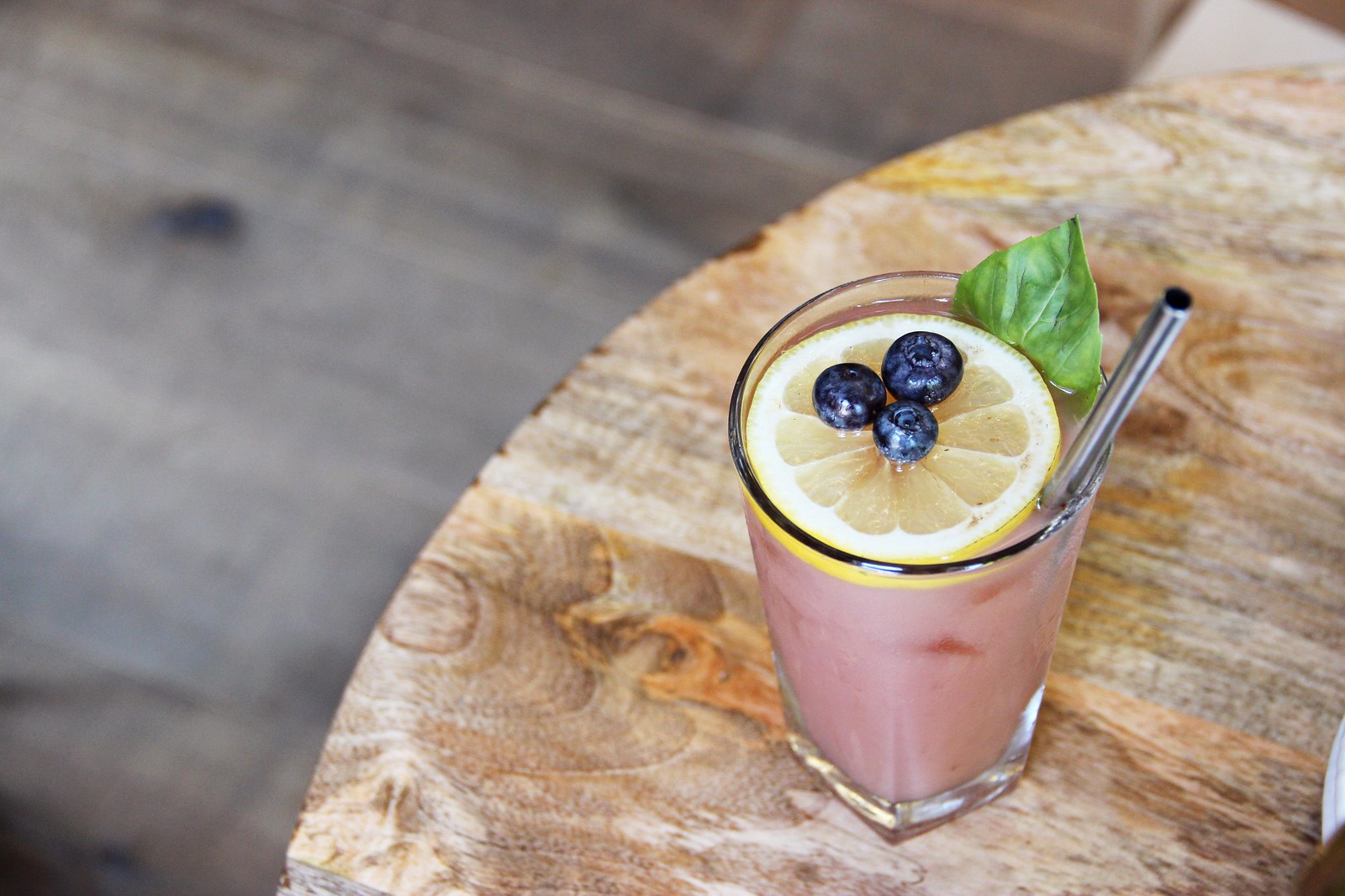 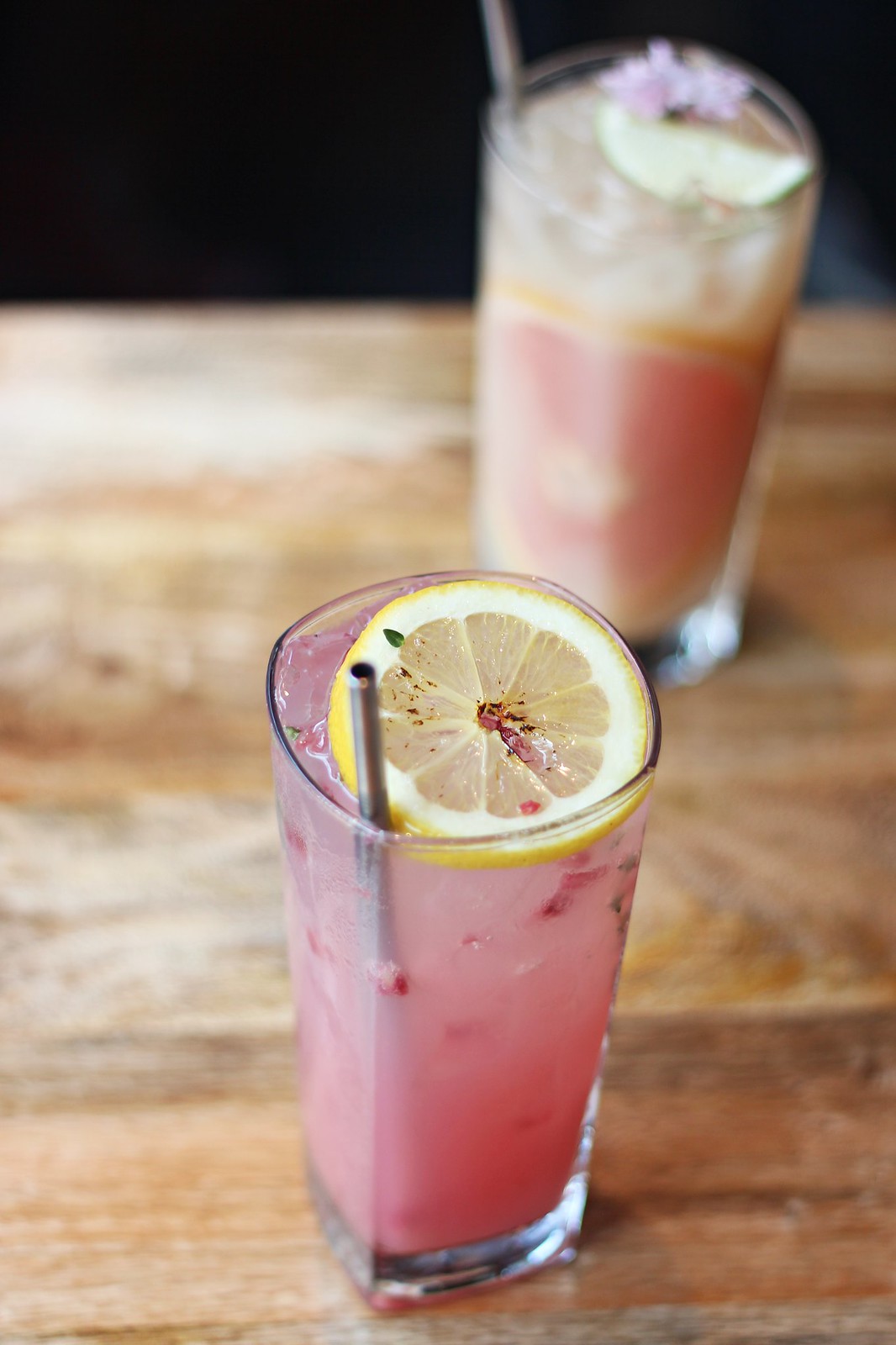 I’ve skipped the coffee here since reviews were not too impressed with it, and went ahead with their more popular fruit-based drinks. Taste like purple ($7) is made from cold pressed grapes. Albeit a little sweet, the basil taste kept the drink refreshing enough to go with the heavy main courses and sides here. It’s probably a wise choice to skip the caffeine here and go for their truly thirst-quenching drinks. Others include the Yuzu effervescence ($7), Rise and Grind ($7) and Pinkish Lemonade ($7). Otherwise there are also milkshakes like the Hawaii ($11) – a smooth coconut milkshake but came with an acquired taste. 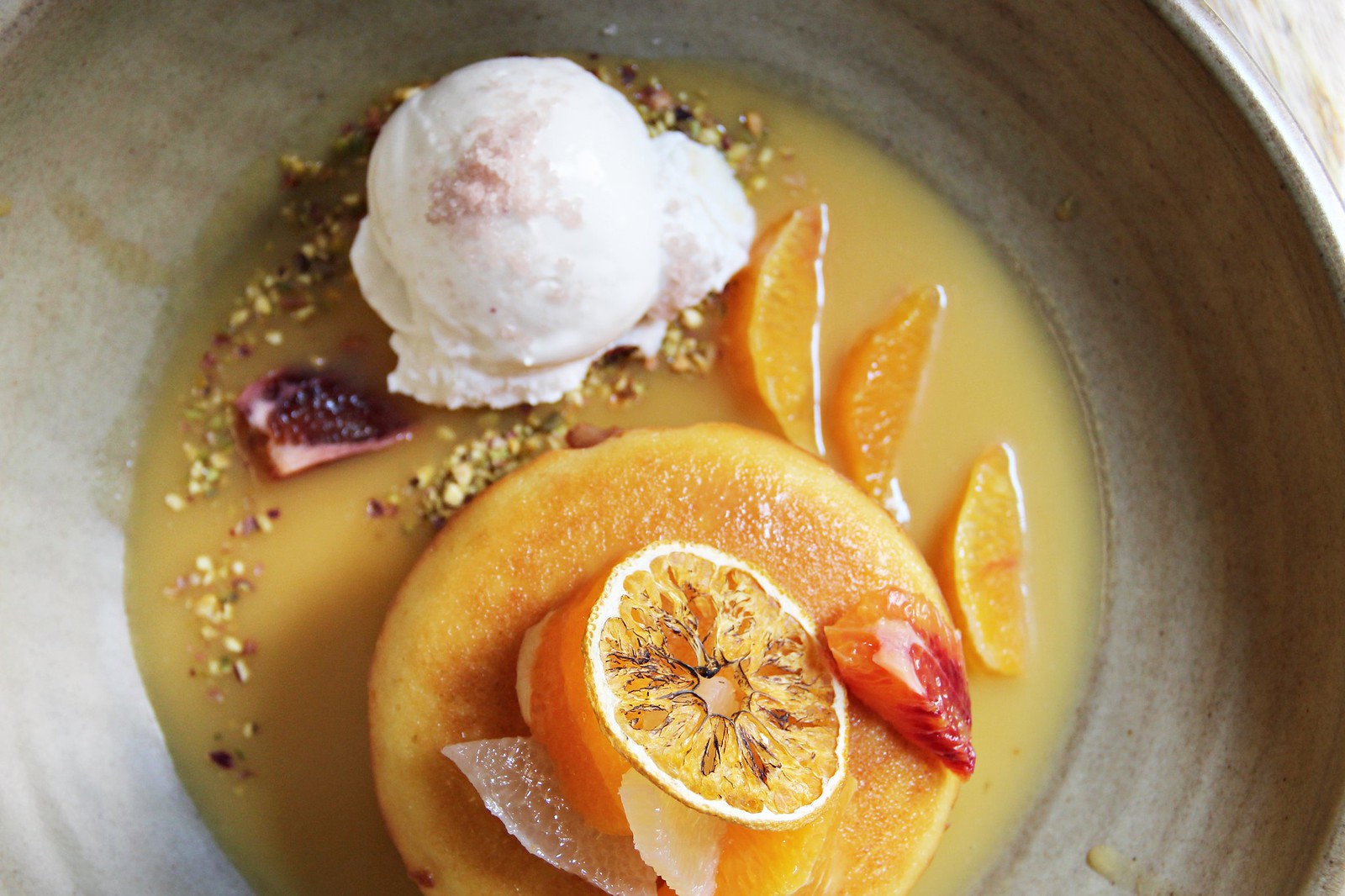 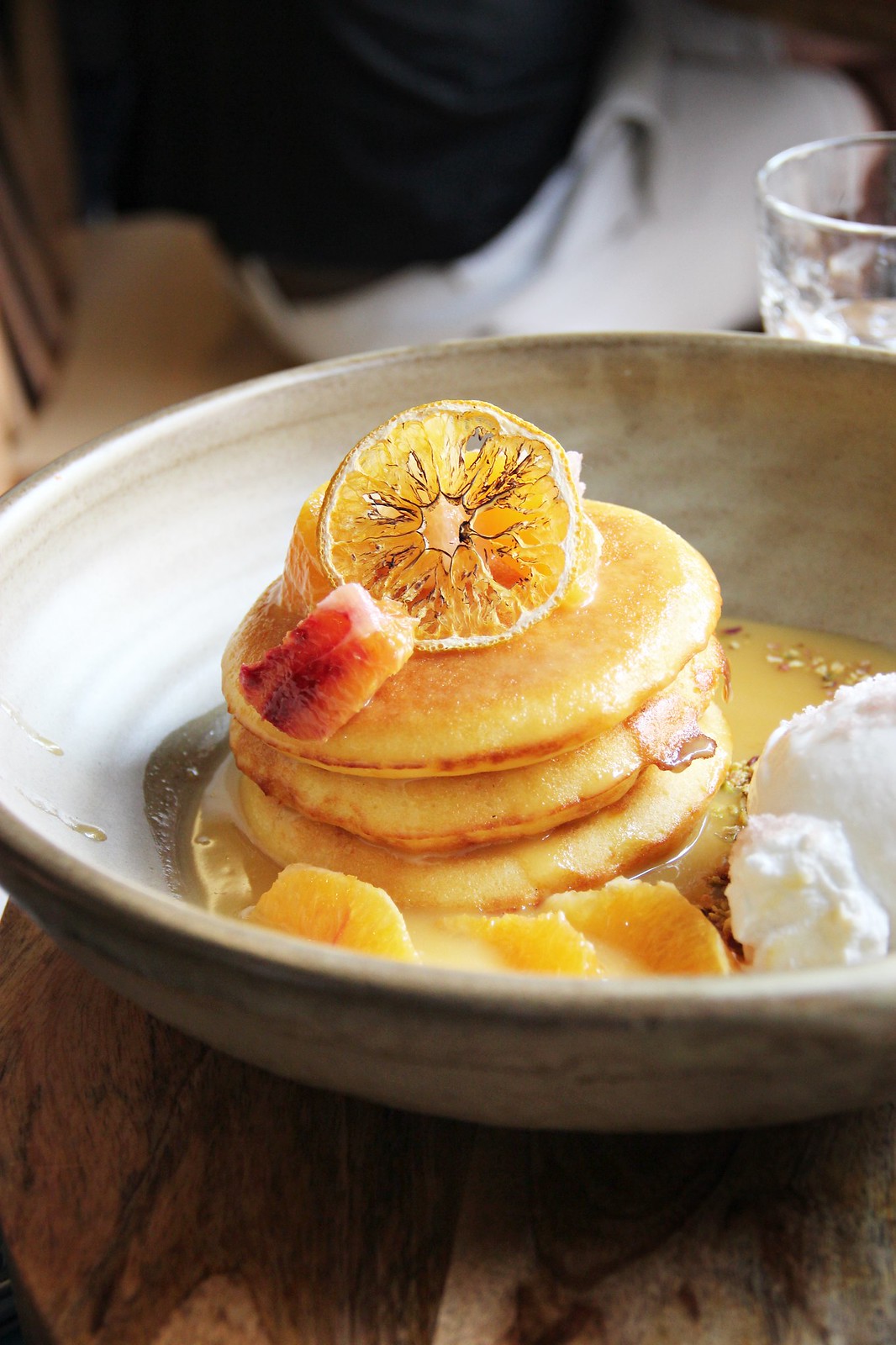 The fluffiest pancakes award definitely goes to the Orange ricotta pillows ($18). The stack of 3 came with a generous pool of orange caramel sauce along with a scoop of coconut ice cream. The caramel sauce which came with a mix of citrus, coconut and custard is possibly the X factor of this dish as well. 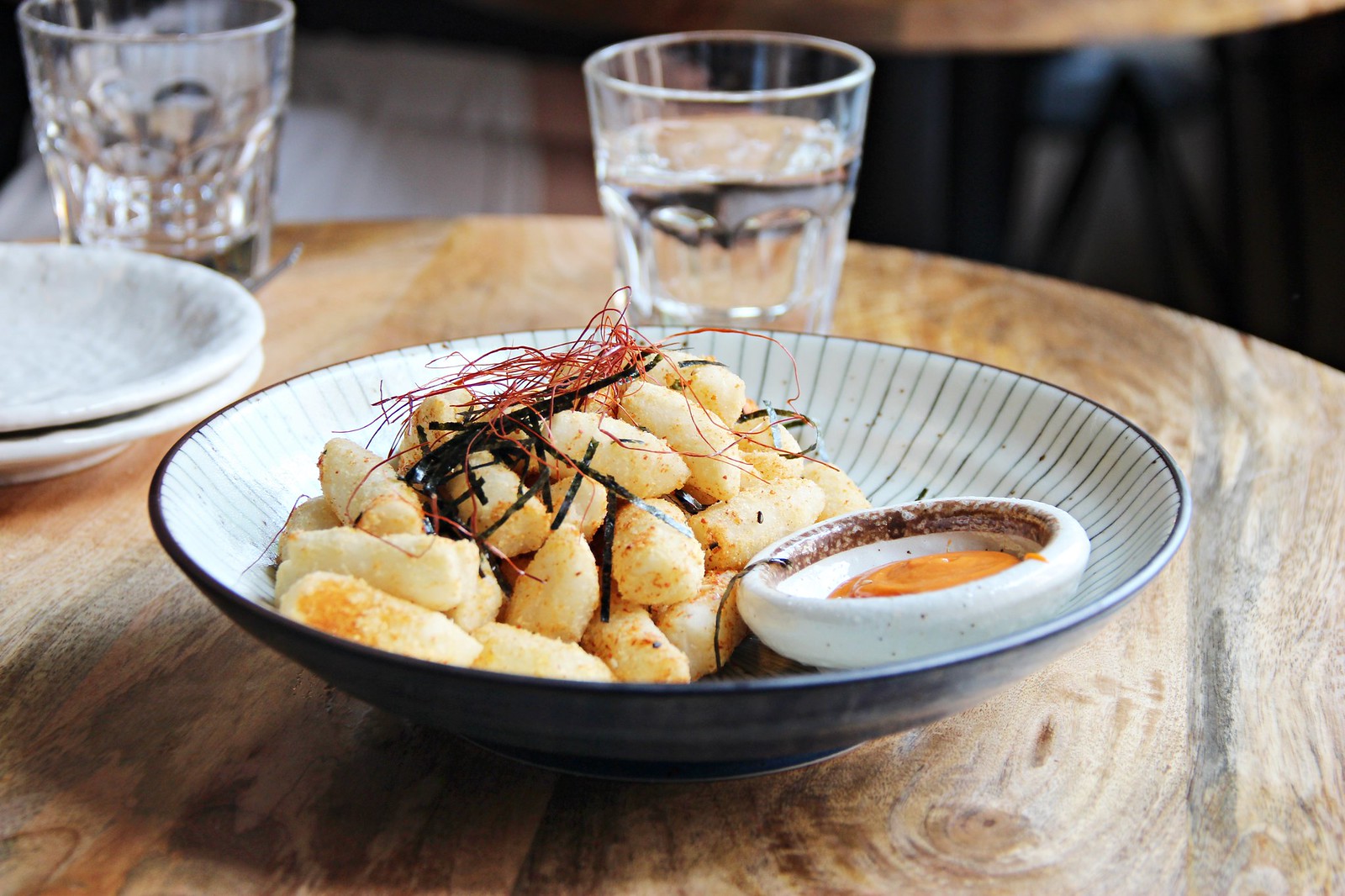 Though not as soft and chewy as the traditional Korean version, the Toasted spicy rice cakes ($15) was oddly addictive as well, especially with the gochujang mayo which came on the side and added some spice to it. 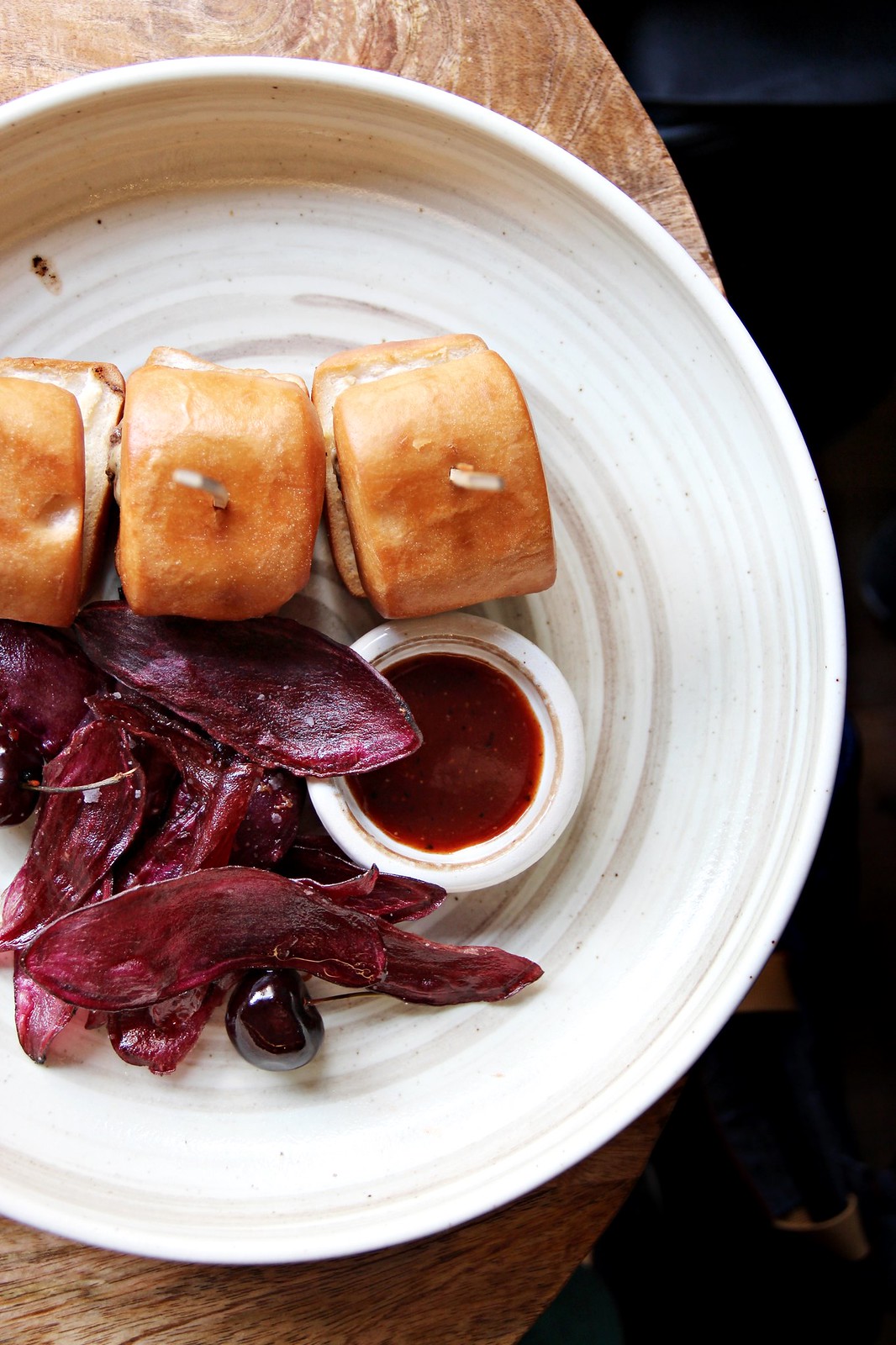 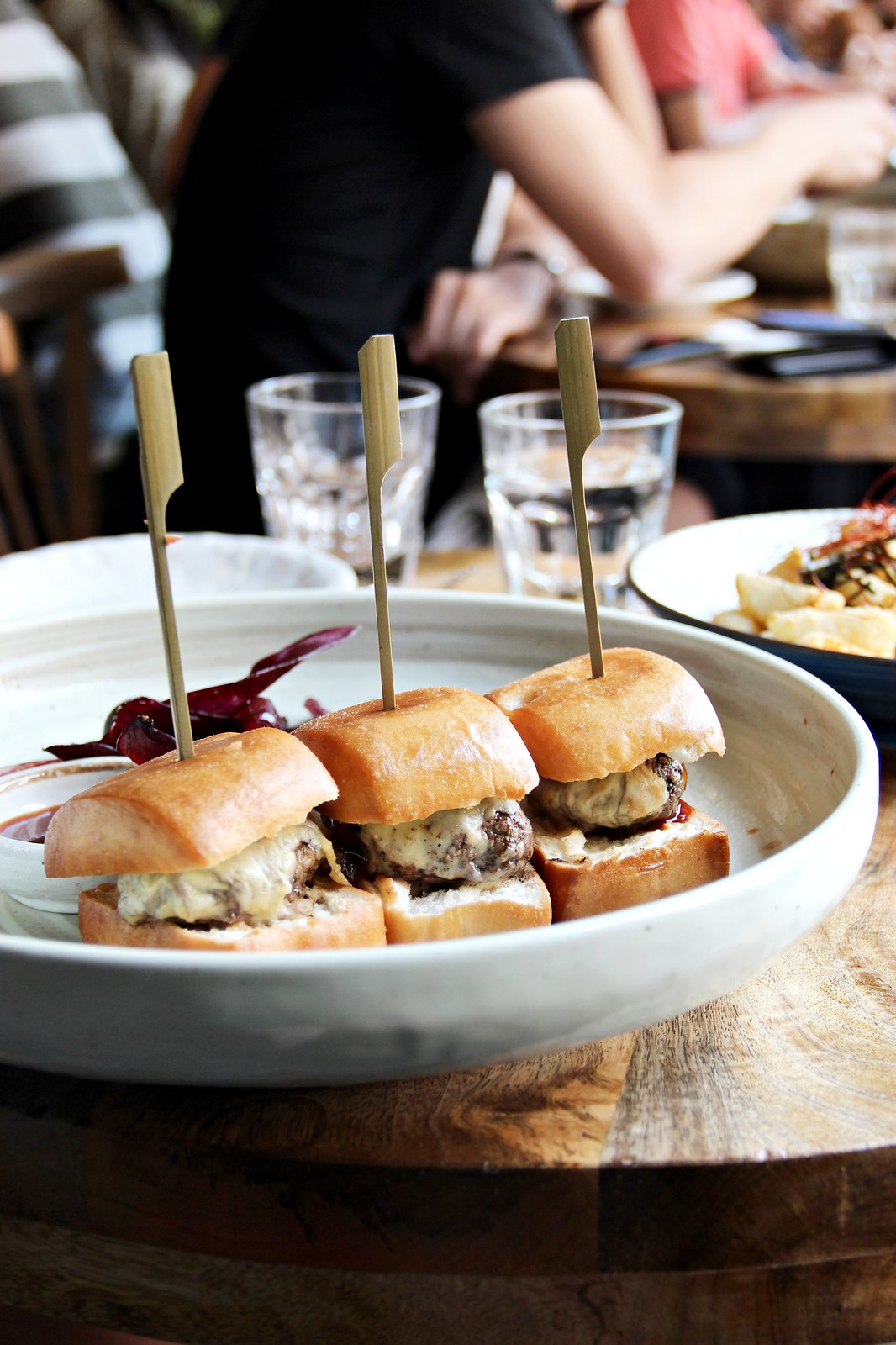 Who knew that mantou could be used for sliders? The Golden man tou sliders ($23) features beef patties with a great consistency in between sliced mantous. They came with an equally good sweet potato fries on the side. Well I’ve had a couple of versions of sweet potato fries recently and I must say that their thin, crispy purple sweet potato fries is one to beat. They tasted even better when dipped in their homemade BBQ sauce. 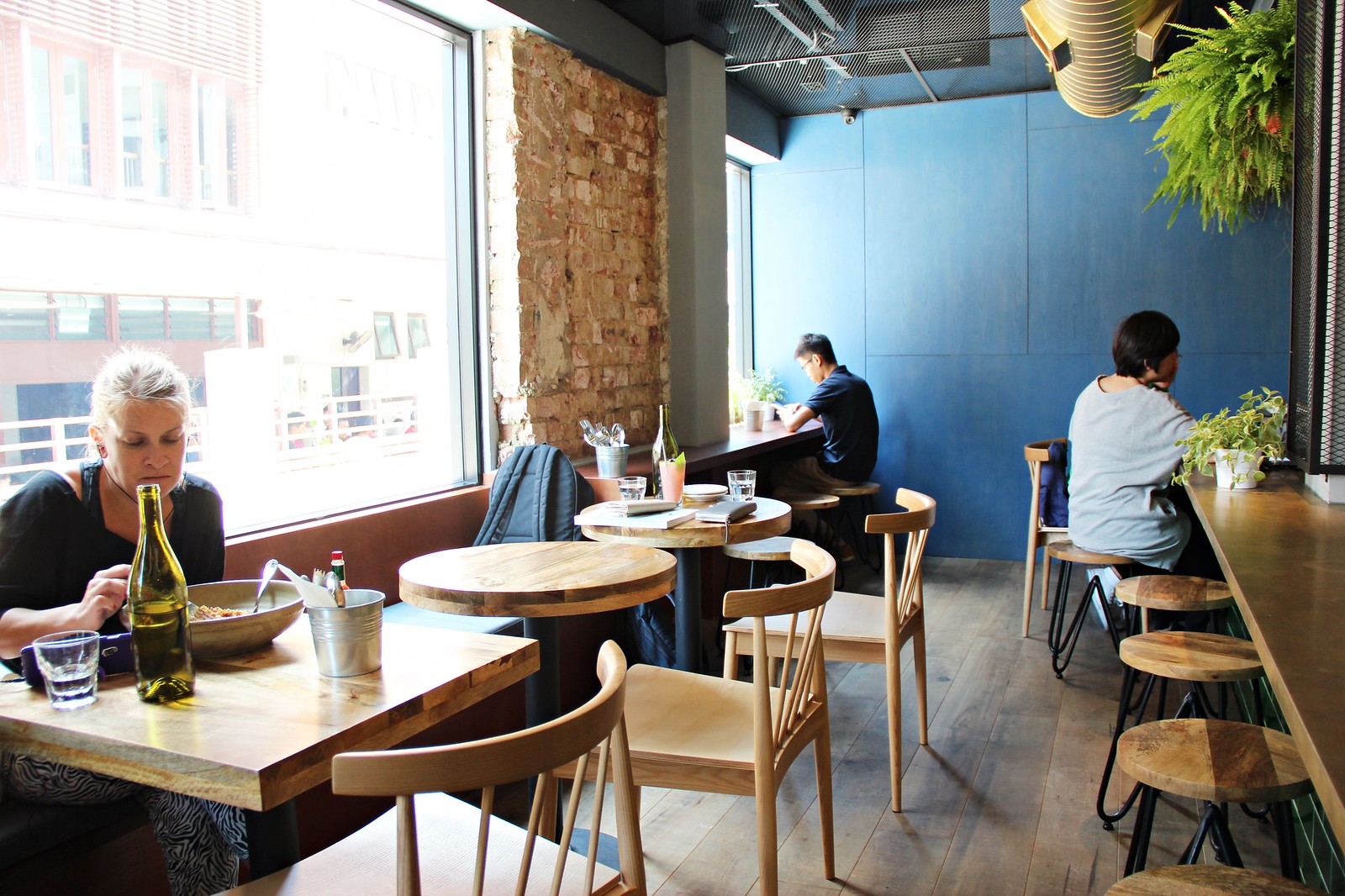 Possibly the most popular item on the menu would be the Berry ricotta hotcake ($19), what with its rave reviews and photogenic aesthetic. I like how the edges of the hotcake come with a slight crisp to it, while the insides are fluffy as ever. Strangers’ Reunion has a similar hotcake which I happened to try as well but this alternative seems a lot better. Some has even compared it to the famous ones from Top Paddock in Melbourne. I just wish they could give extra maple syrup on the side to pour over it.

Some other items I’ve tried:

Salmon carpaccio ($18) – the portion was a tad small but I was impressed by the freshness of the house cured salmon.

Kimchi fried rice ($20) – the addition of a salted hangar steak and sous vide egg made this simple Korean dish a lot more exquisite, hearty and flavourful. I wish that there could be more traces of kimchi in the fried rice though.

Unlike other cafes, Paddy Hills whips up dishes with each dish having its own uniqueness. This is one place you should never tire of. Its location in an ulu area near Haw Par Villa means that it might not be the most accessible café around, but I assure you that the venture will be worth it.