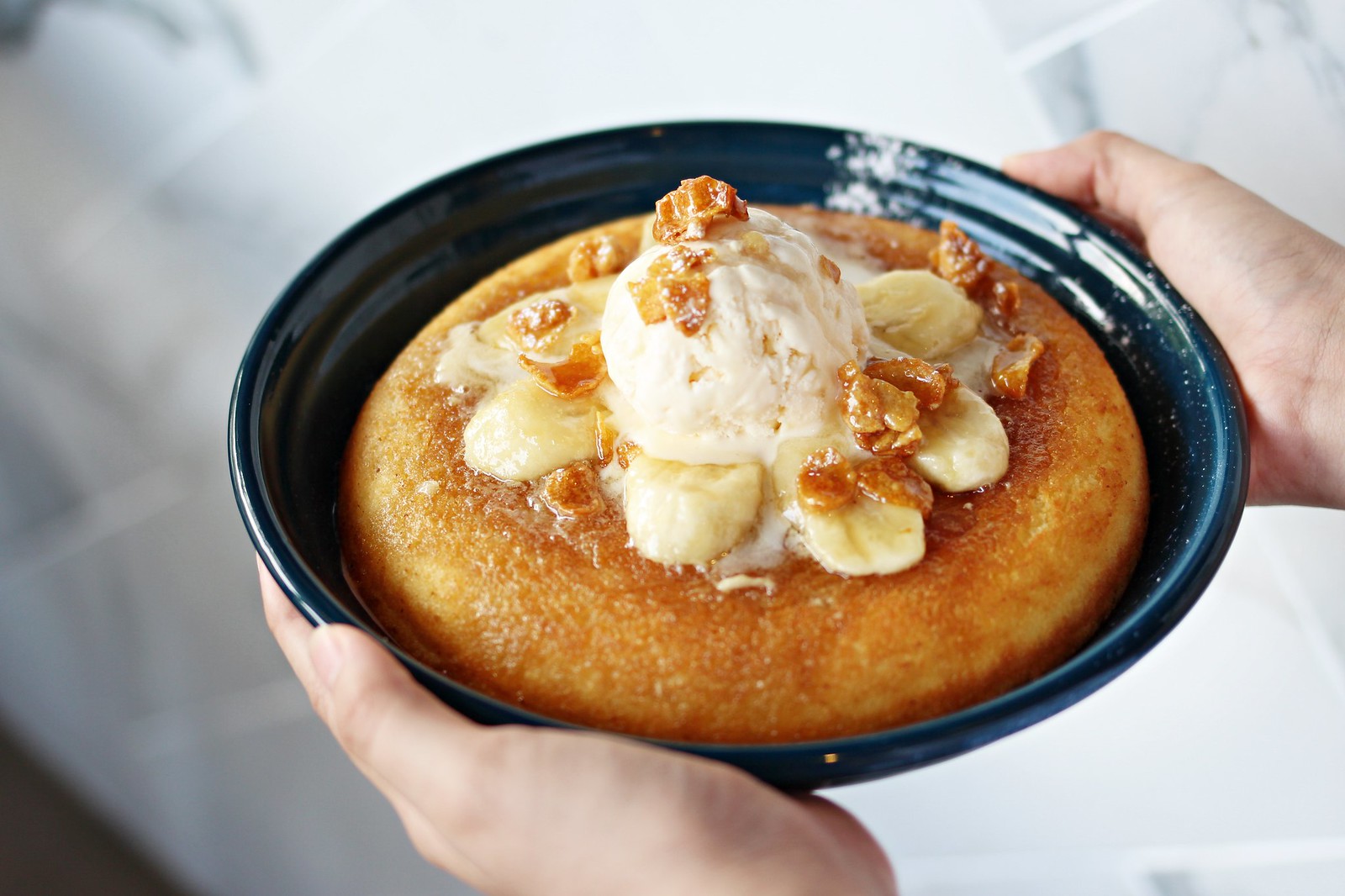 Fans of Assembly Coffee were certainly not underwhelmed by their new venture, Atlas Coffeehouse. Within one week of operations, the entire café was packed to the brim (with a queue outside) on a Sunday when I went on my second visit. In the end, I had to settle for seats by the counter. Look out for the very cool owner, Daphne, pulling shots by the coffee machine. 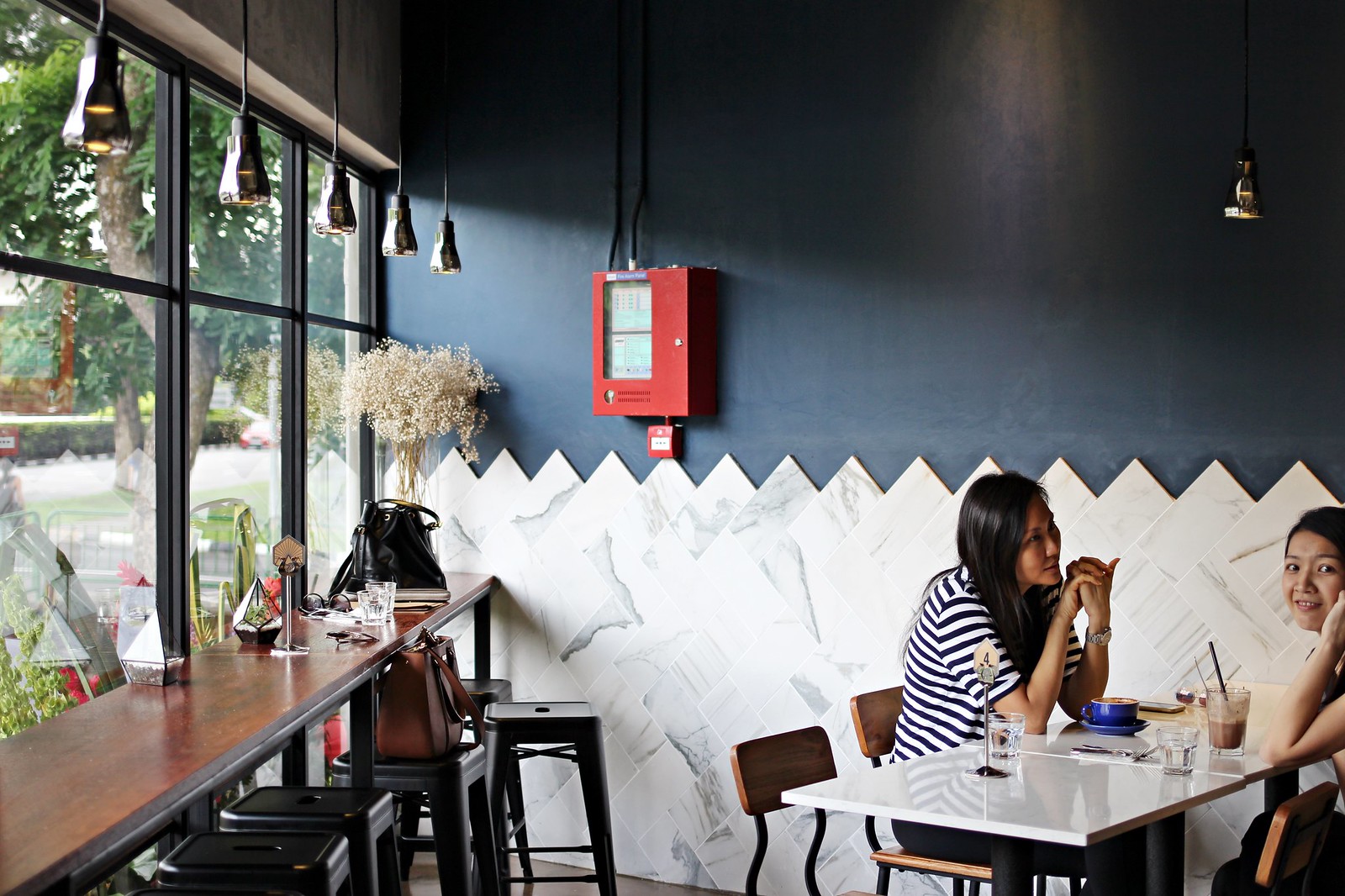 Interior wise, Atlas’s much bigger space gives it an edge over Assembly Coffee where I always had squeeze between tables. Minus the louder echoes at Atlas. The brunch menu is also more extensive, serving up stews, pancake, French toast, egg dishes, and last but not the least, Assembly Coffee’s signature buttermilk waffles (one of the best in Singapore). Check out their new flavor Candied Bacon ($14). 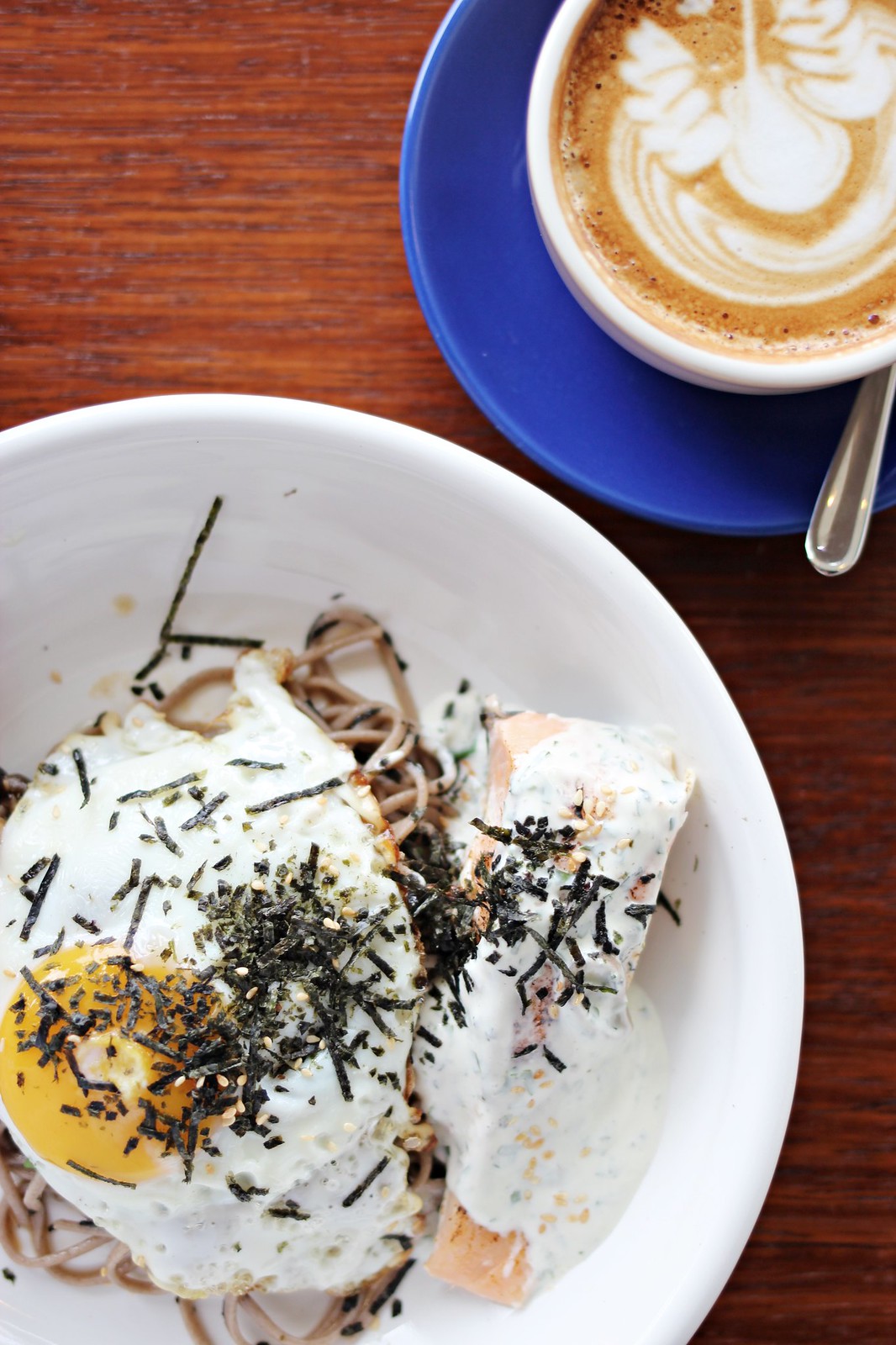 As expected, coffee here did not disappoint, but oddly enough, I felt that the coffees I had in the past at Assembly were smoother and less bitter. I tried the Flat White ($4.5) and I believe that other cafes usually price them between $0.50 to $1.50 more than the price here. Hmmm. 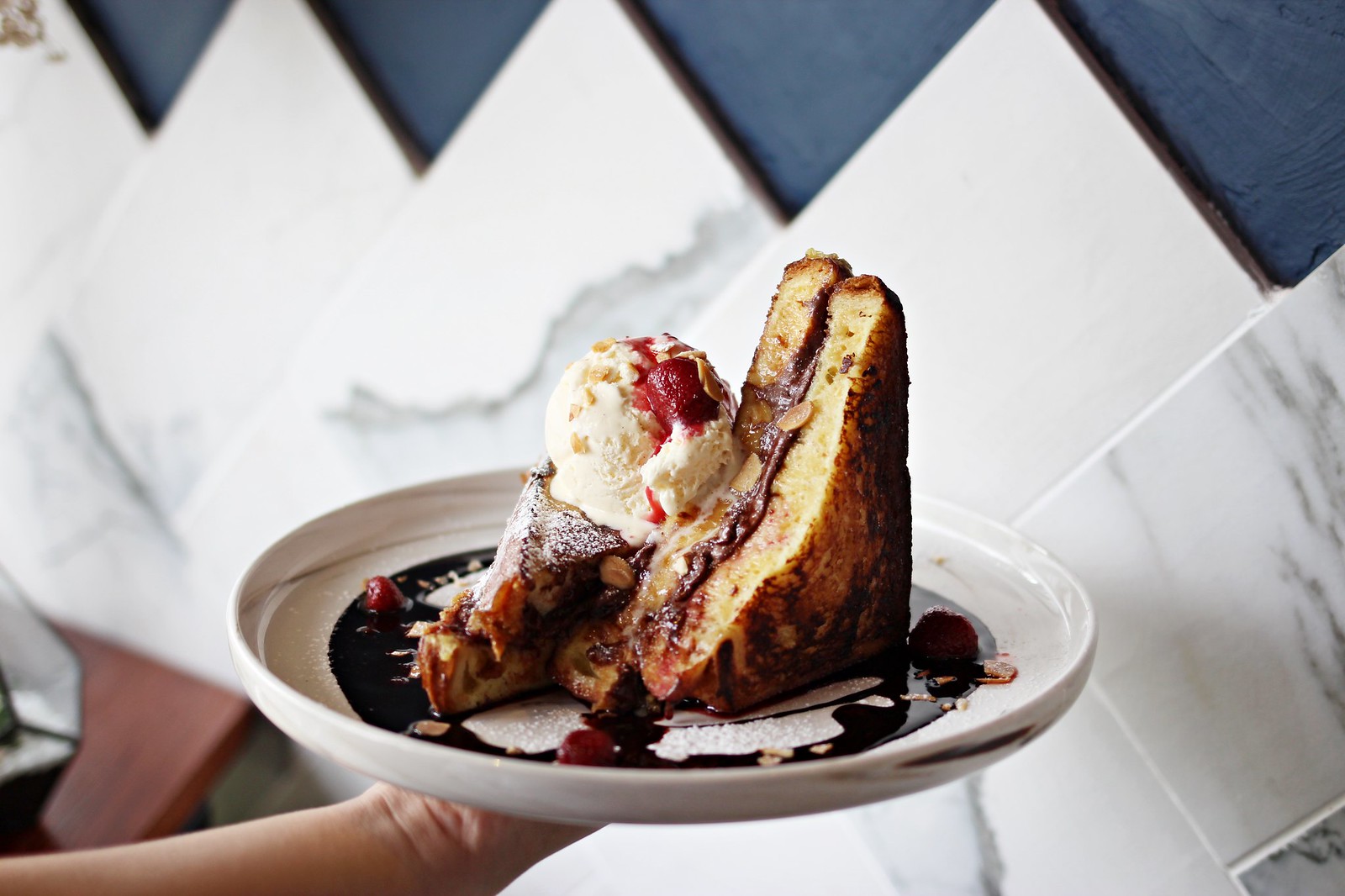 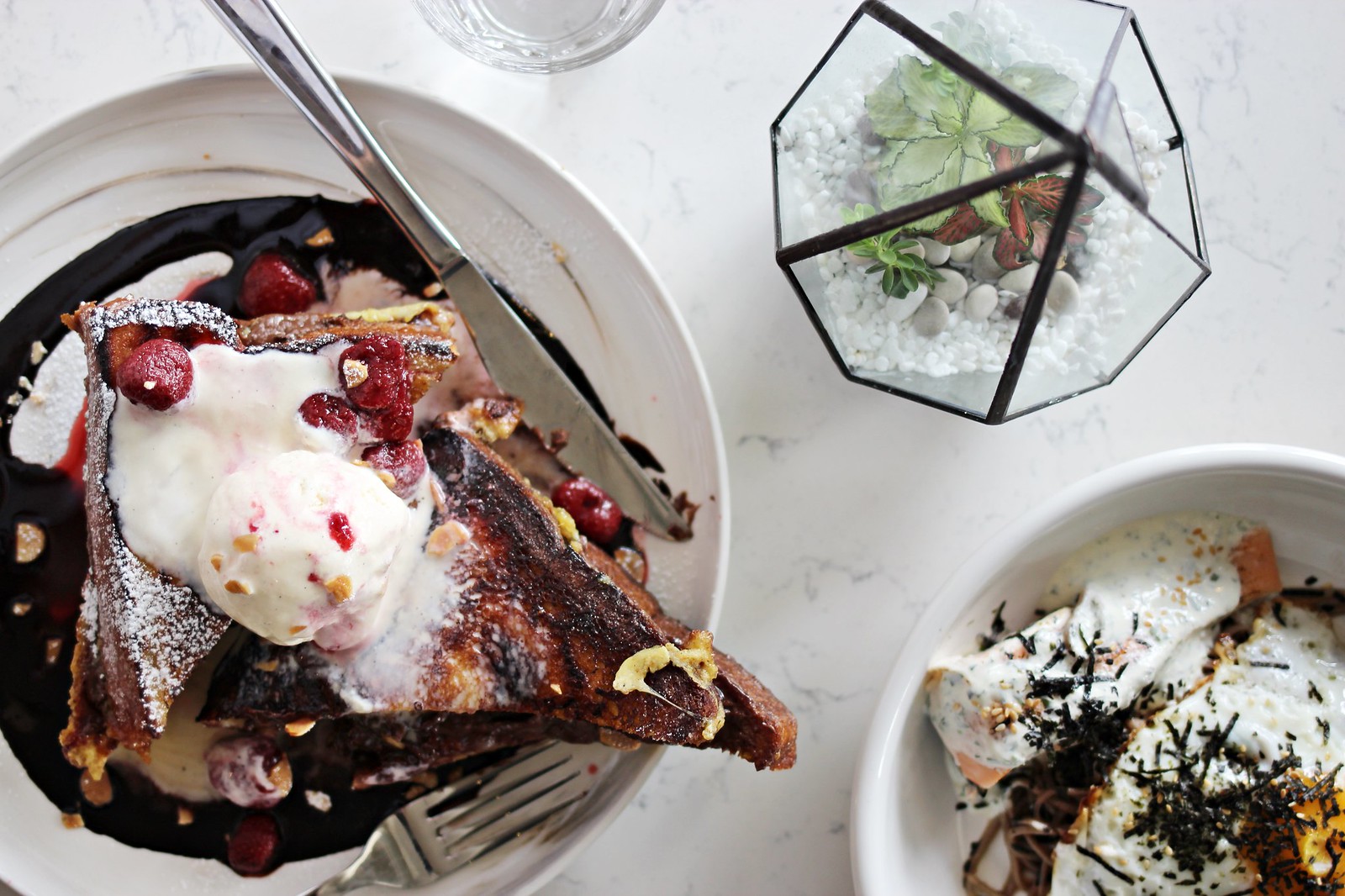 The Nutella Brioche French Toast ($15) served with a scoop of vanilla ice cream and maple drizzle is quite jaw-dropping dish. Its portion makes it impossible to be finished alone, no matter how big a chocolate or nutella addict you are. The amount of nutella between the two slices of French toast is no joke. The winning factor for me was the brioche French toast which proved to be soft, fluffy and very moist. Ah so sinful. 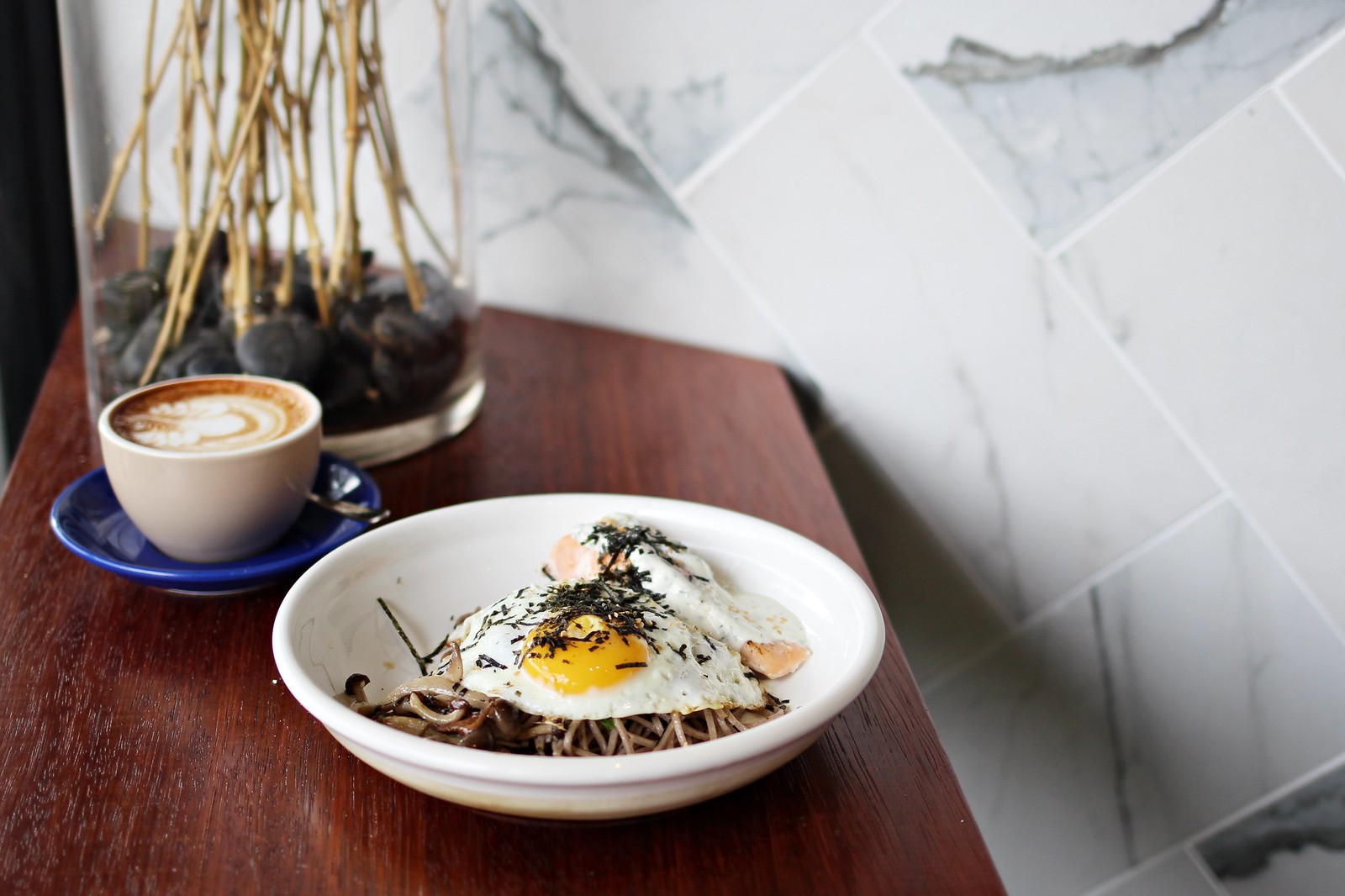 A much lighter and healthier option for brunch here would be the Salmon Soba Noodles ($17) – house made yogurt dressed on poached salmon served on soba noodles, roasted shimeji mushrooms and fried egg. The house made yogurt was less thick and dense than yogurt and felt more like a lemon dill sauce which was refreshing to pair with the salmon and soba. Would love to see an option to switch out the fried sunny side up for poached eggs too. 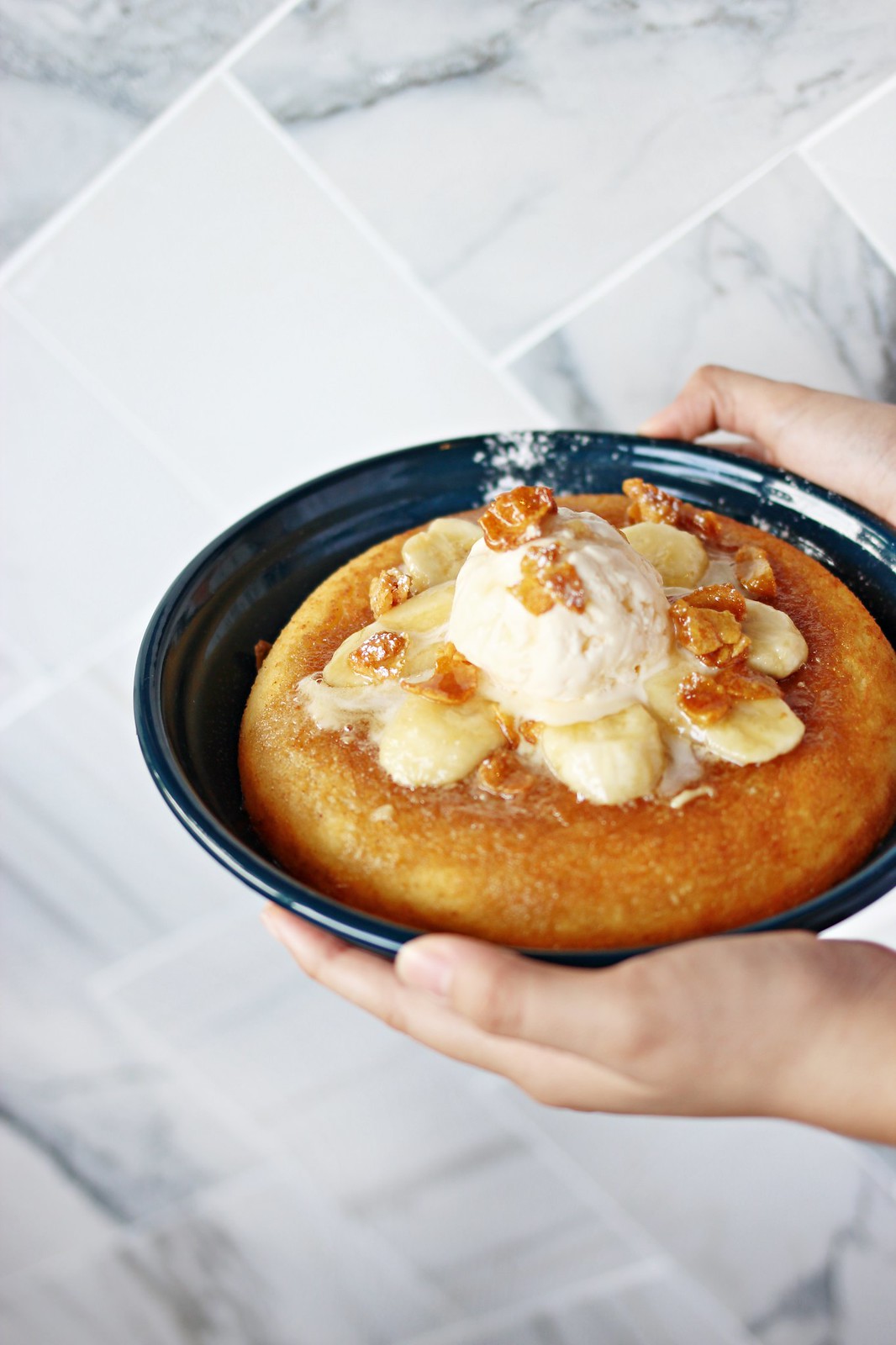 Amongst the three main dishes we had that day, my friend and I agreed that our favourite was the Atlas Butterscotch Banana Pancake ($18), served with honeycomb icec cream. It seems more like a hotcake though. Unlike ricotta hotcakes, this pancake was less buttery and milky and came with a tinge of saltiness that paired well with the sweet caramelized bananas and house made butterscotch sauce. This pancake is also one of the airiest and fluffiest I’ve had in cafes. Aesthetically, it may not look as good as the pretty berry ricotta hotcakes around but taste-wise, it happens to be the opposite. Despite the huge portion size, it was not overly heavy and ‘gelat’ like the nutella French toast. 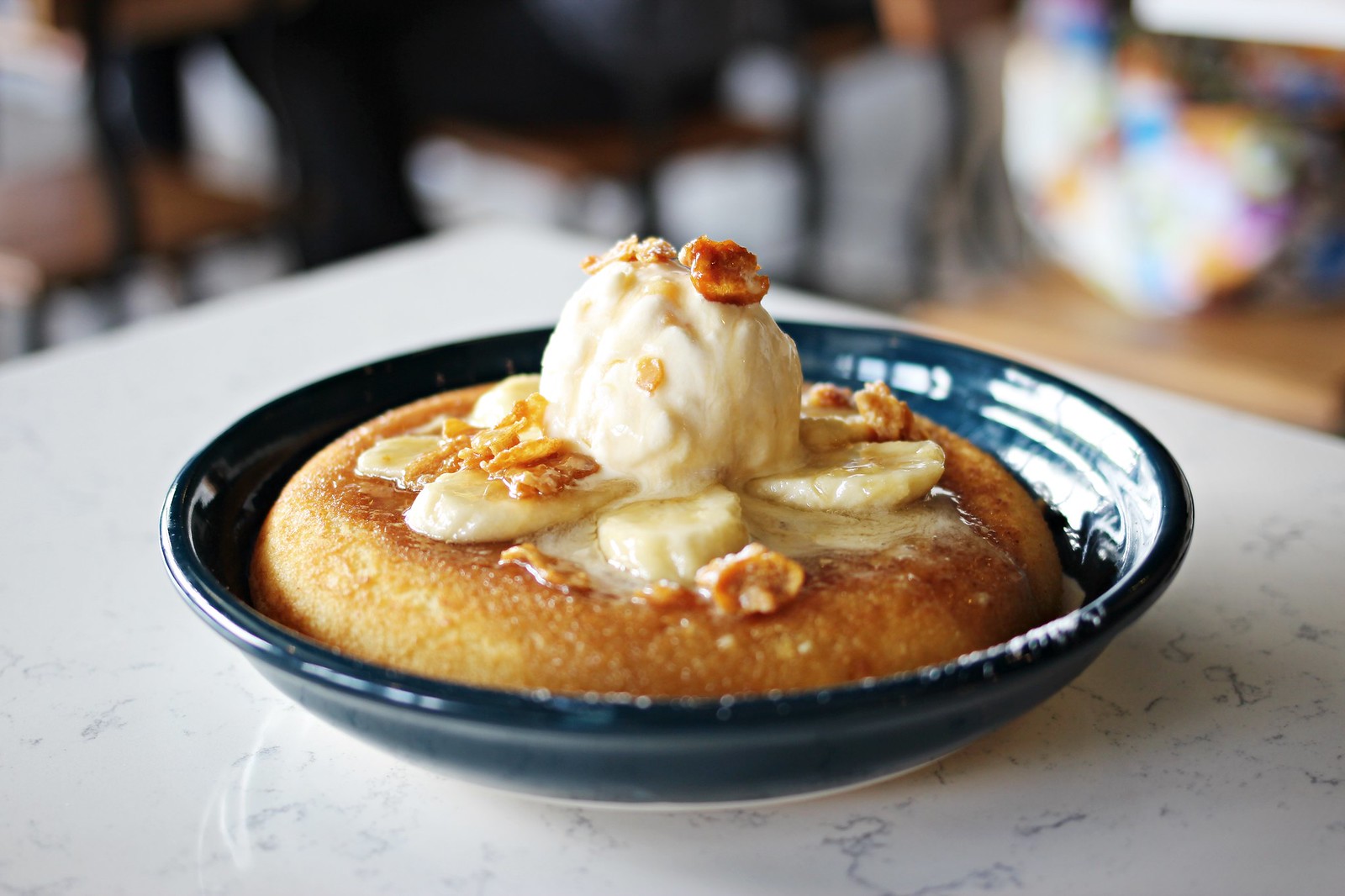 I’ve also heard good things about their Summer Chicken Stew ($17) and Creamy Mushrooms on Sourdough ($12), so I’ll definitely be back to try those items. Let’s hope the new cafes this year do food as well and as affordable (considering the huge portion sizes) as Atlas Coffeehouse.

One thought on “Atlas Coffeehouse”