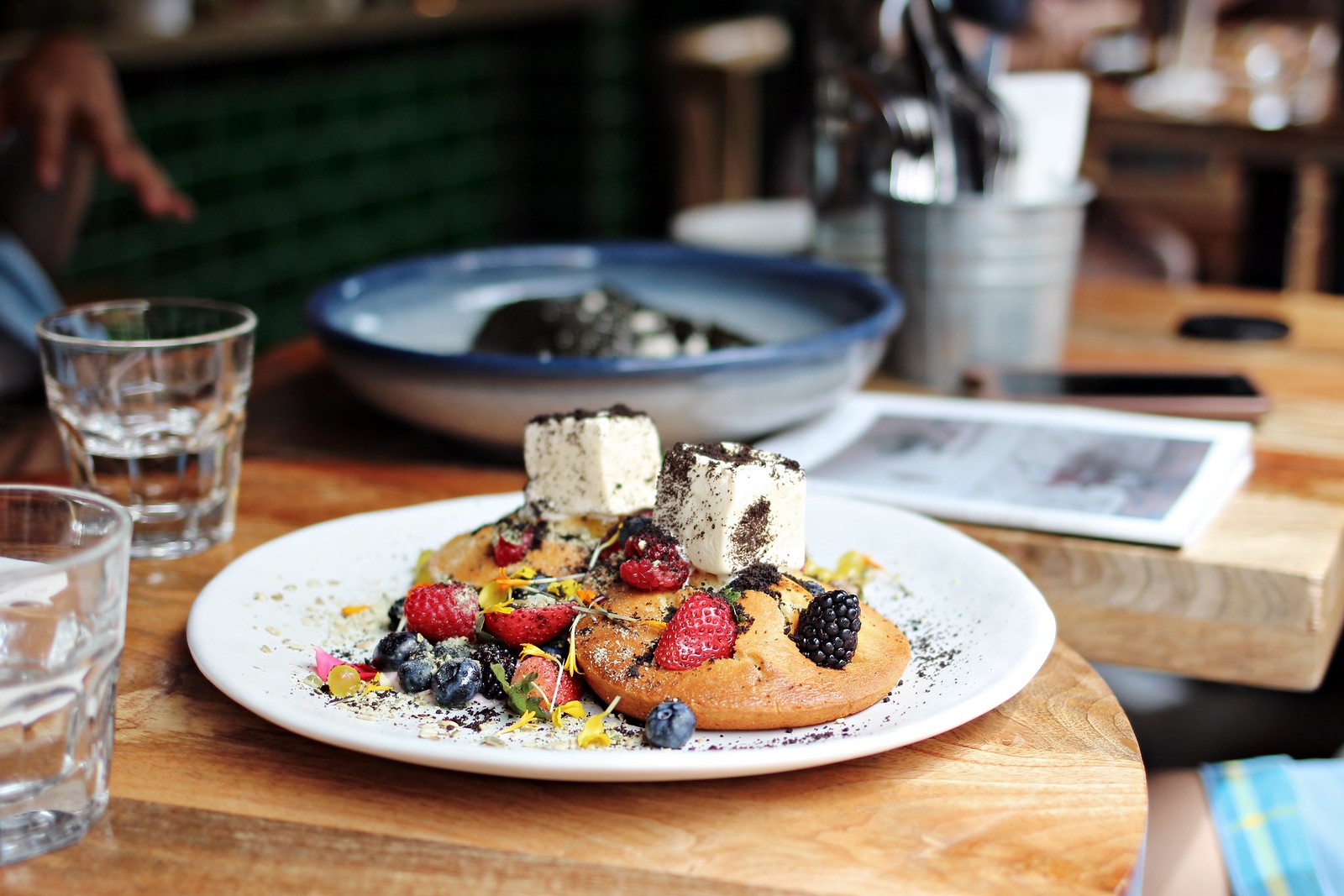 I still remember all those days last year that I spent brunching at the then talk-of-the-town café Paddy Hills. I nearly finished trying all the food and drink items on the brunch menu. Cray. You can still view my post here but it’s not that relevant anymore, I guess. For Paddy Hills has rolled out an all new brunch menu!! From what I saw, nearly all the old dishes have been switched out for new ones… Does this mean that I’ll spend more café hopping days here again? 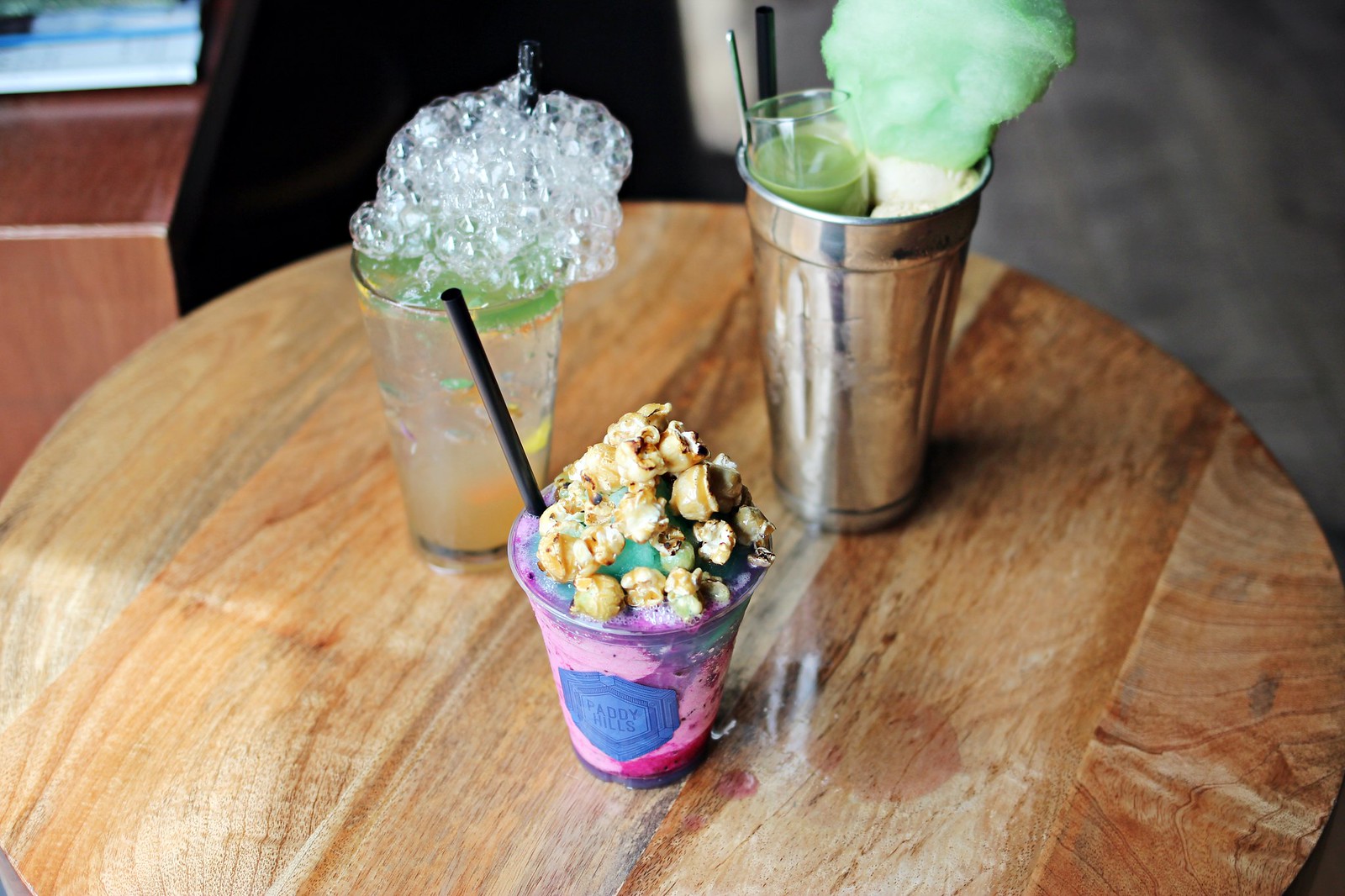 I always thought that Paddy Hills does very decent non coffee and tea related drinks and this time they have upped their game with an even wider range of ‘quenches’. Among the drinks we had we unanimously voted the Beer Slushie ($12) to be our favourite. This alcoholic slushie of dragon fruit & margarita and topped with popcorn not only stole our hearts because of its colourful appearance but also of its refreshing taste with a sweet and spiked finish. 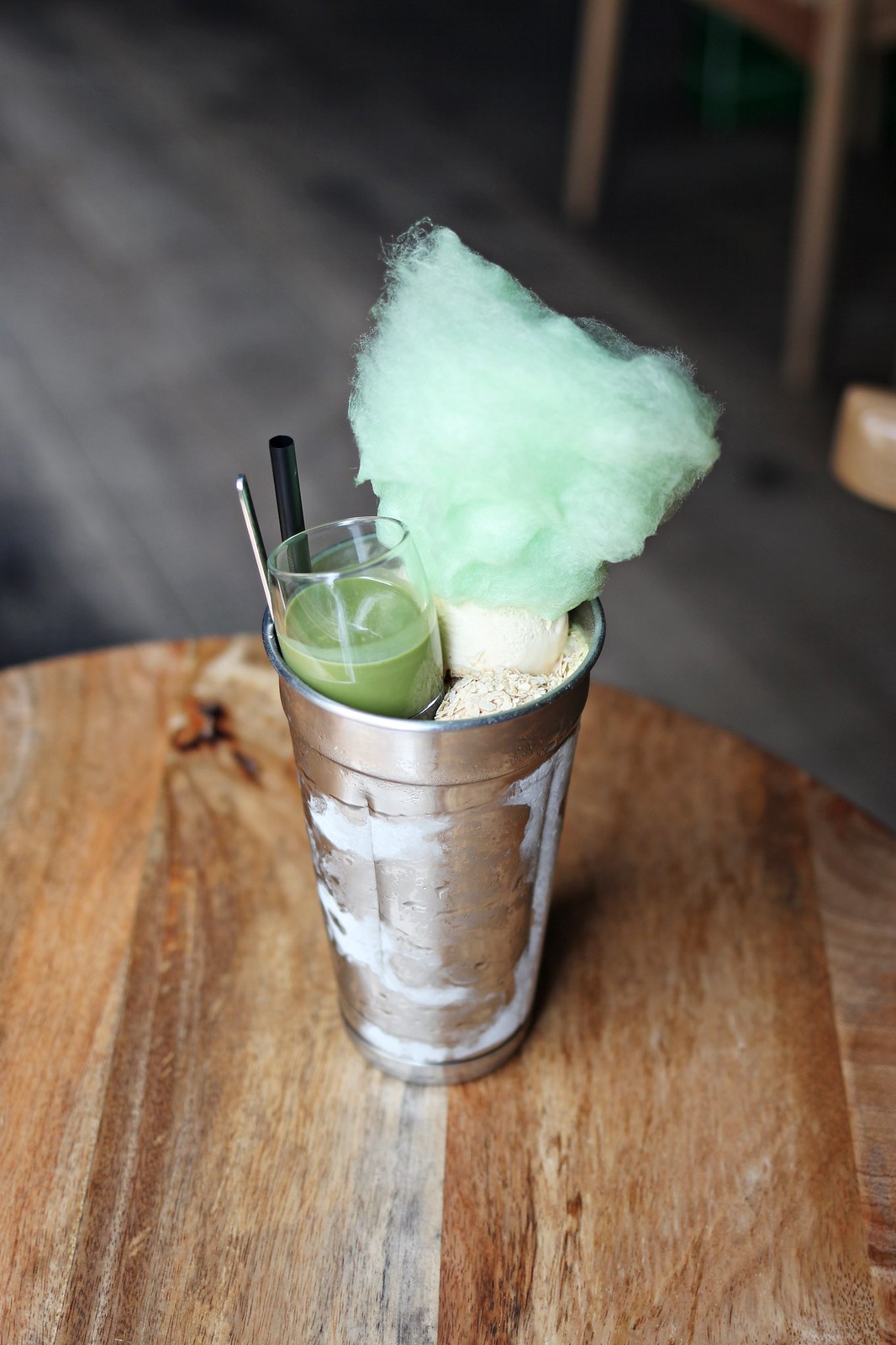 We also had the Mount Matcha ($13) which was sinfully good and felt like a mountain to finish, what with that incredibly tall glass filled to the brim with matcha milkshake, matcha sauce, a scoop of vanilla ice cream, cereal and cotton candy. Sounds like a mouthful already. And then there was the Bubbly Yuzu ($8) comprising yuzu, plum & grape jello. Take that shot before the bubbles start popping. 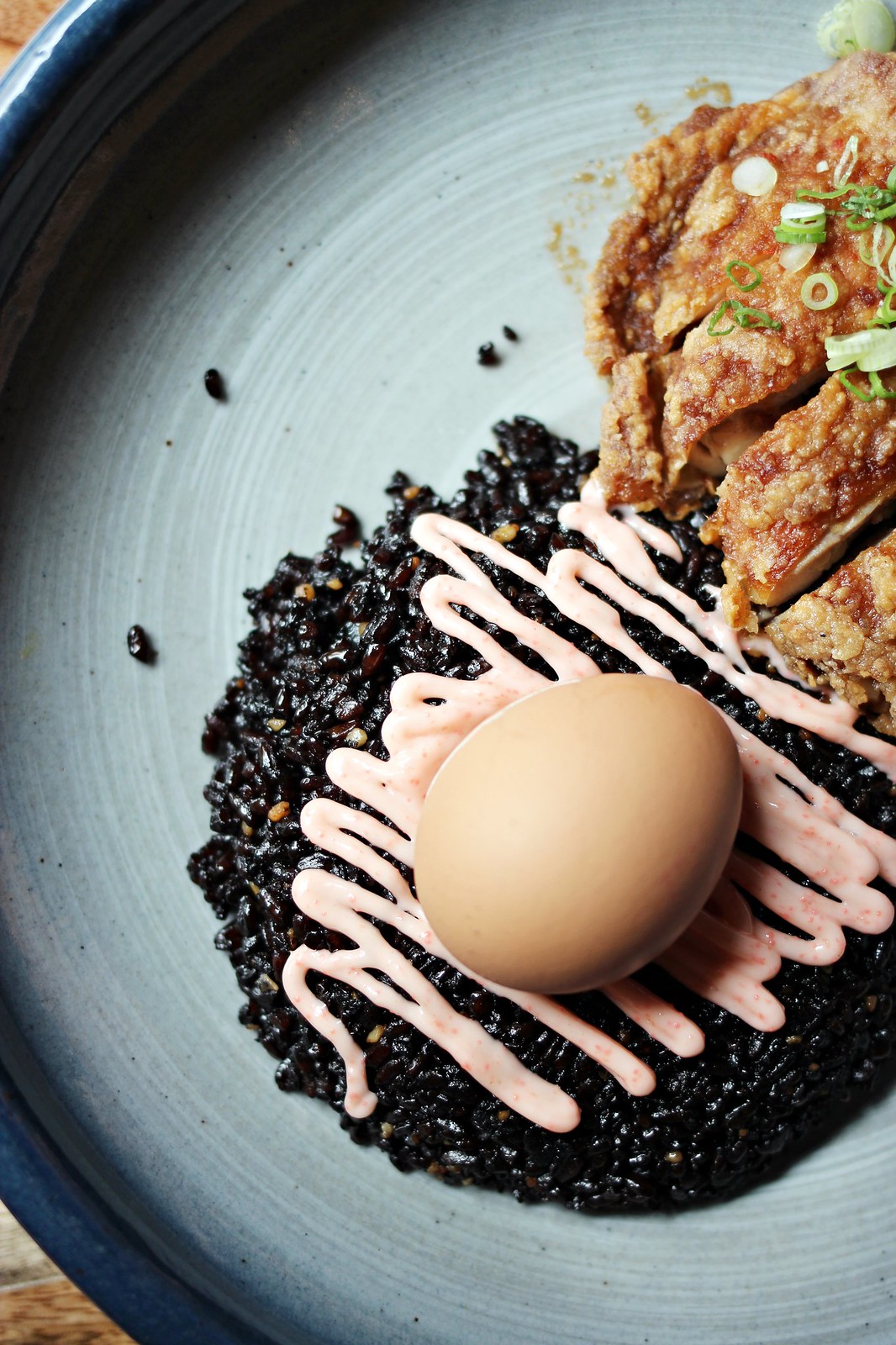 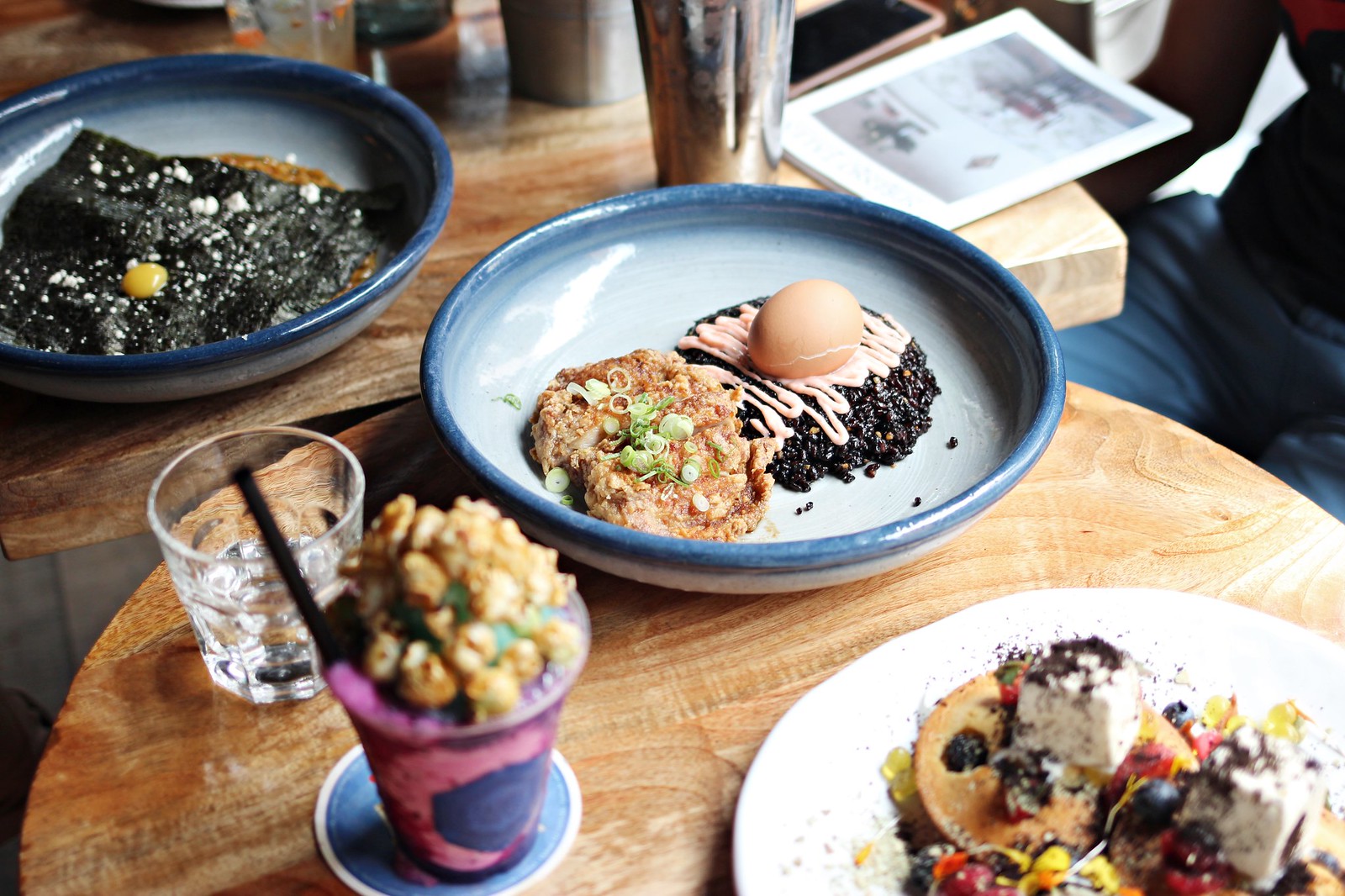 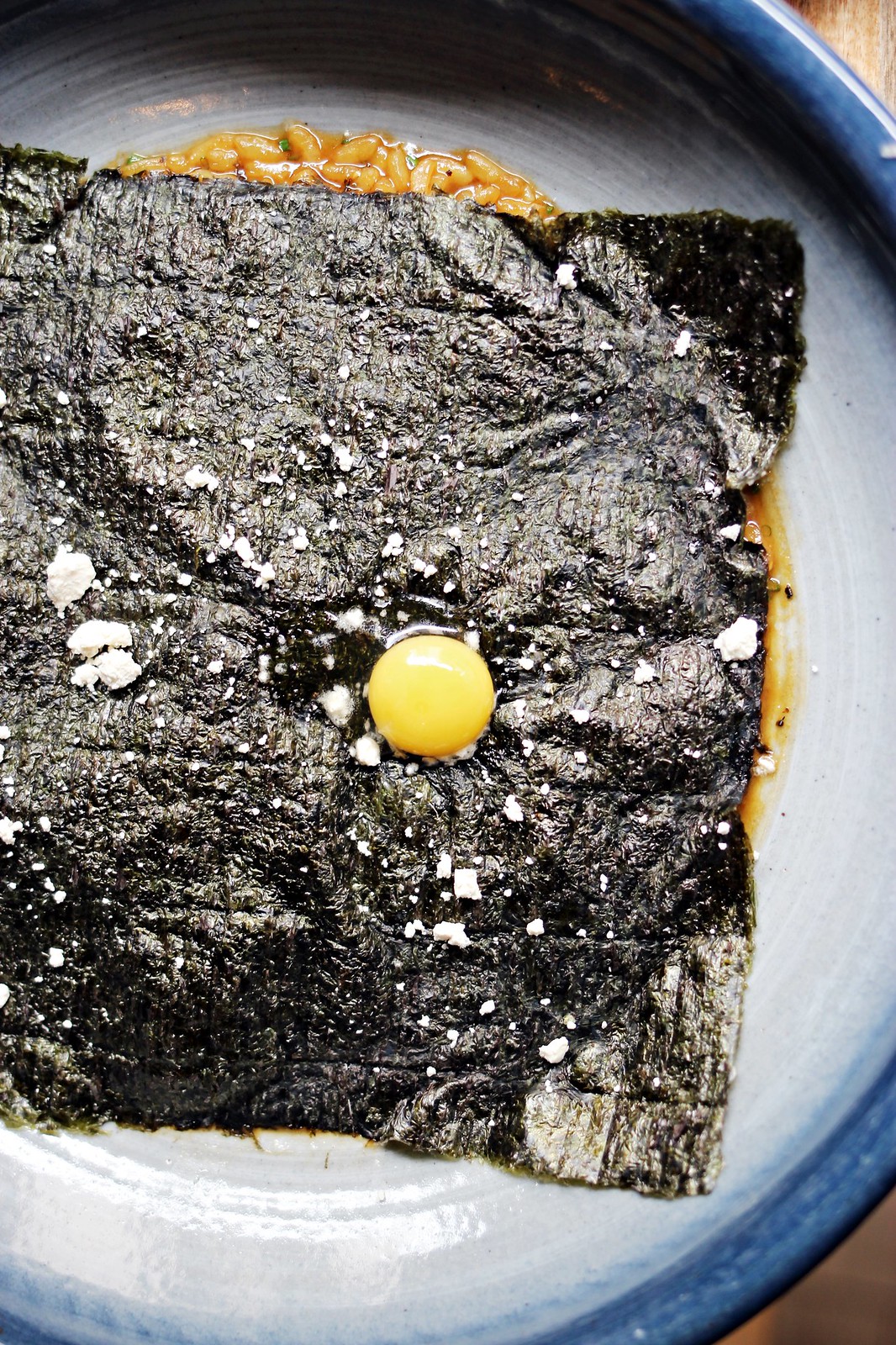 No ramen in the Ramen Risotto ($25) – expect a Japanese inspired risotto instead. Since a tonkotsu ramen broth is used to soak the grains, the ‘risotto’ is not as sticky and dense as its Italian counterpart. I found this more suited to the Asian palate. The tender slices of kurobuta cha shu also deserve a shout out. If only that quail’s egg can be replaced by ajitama with a molten, flowy yolk… ahh. 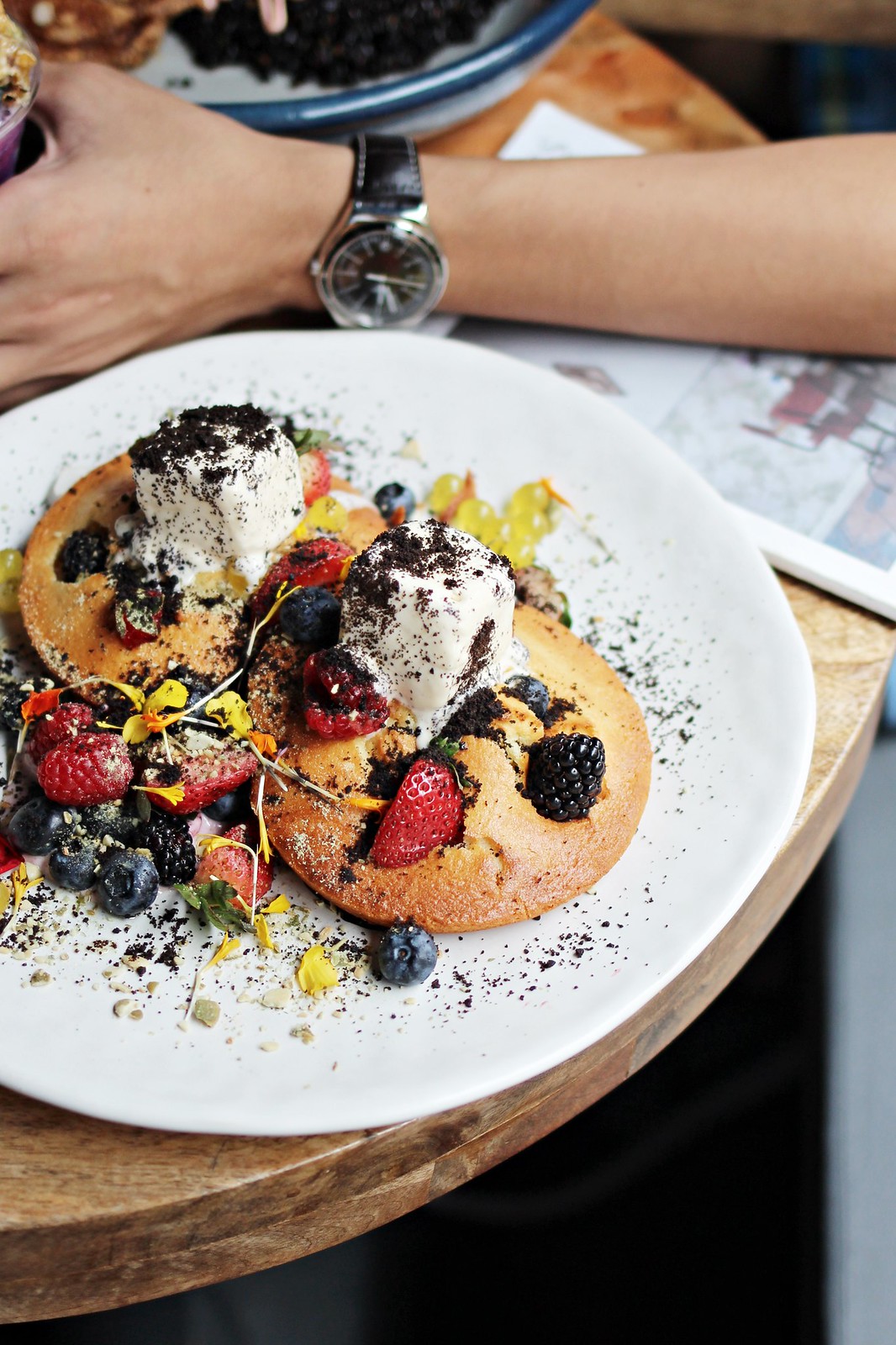 Though the famed Berry Ricotta Hotcake is scraped, it is not completely gone. Their new version of the hotcake is set to be the next signature. Essentially, the two pieces of ‘muffcake’ in the Berry Muffcake ($20) has the same taste and texture of the then hotcake. This revamped dish is however enhanced with vanilla bean ice cream squares, chocolate crumbs, magic balls (let them burst in your mouth), pink milk & pumpkin seeds compared to just berries and seeds. With such added texture and flavour, it’s definitely a change for the better.

Without a doubt, Paddy Hills is one of the few places which does food that looks as good as it tastes. Sooo looking forward to my next visit here 😉

Thanks Paddy Hills for the invite!