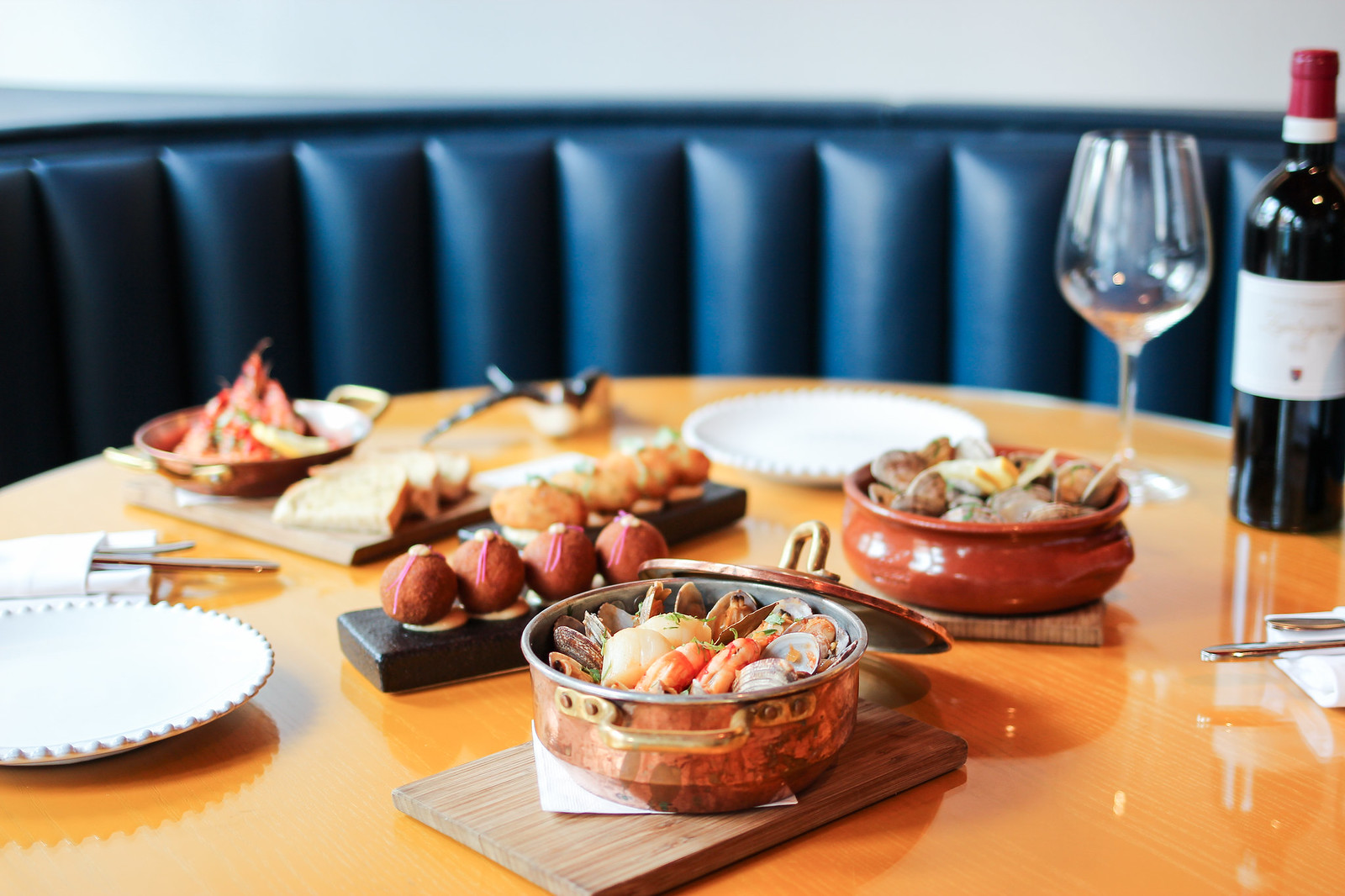 Fancy a hearty, Portuguese feast in Singapore? Boca Restaurant is possibly the only restaurant serving up authentic, Portuguese cuisine up till date. It also dawned on me that I haven’t had Portuguese food (excluding Portuguese egg tarts) prior to visiting Boca. Though not new to the culinary scene, the restaurant recently relocated to the Ann Siang Hill enclave this year with changes their menu.

The three-storey high restaurant seemed suitable for all occasions – a late night tavern for drinks and food with friends on the first floor, a laid-back family corner for weekend brunch on the second, and a private party at the attic on the third floor.

Since we went on a lazy Saturday, it felt most appropriate to perch ourselves comfortably on the sofa seats on the second floor, where tables are partitioned from one another. 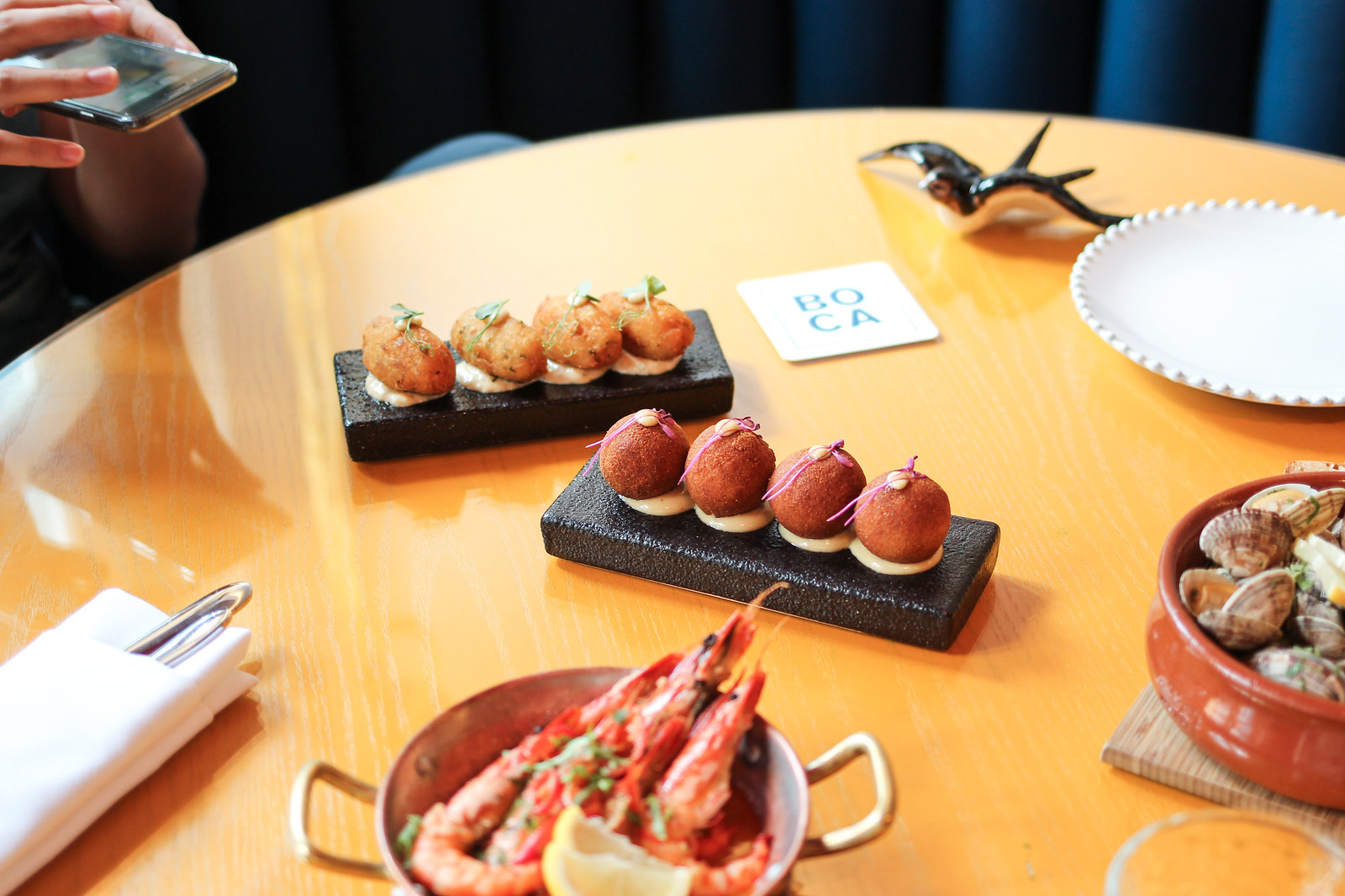 We started our meal with two trays of Croquettes – the round ones are deep fried meat balls stuffed with iberico pork cheek, while the odd-shaped croquettes, or “Pasteis de Bacalhau” were actually deep fried cod fritters. Though a tad on the dry side, these are great to munch on.

We also had the “Ameijoas a Bulhao Pato”, which is a steamed pot of clams in white wine sauce, lemon and coriander. 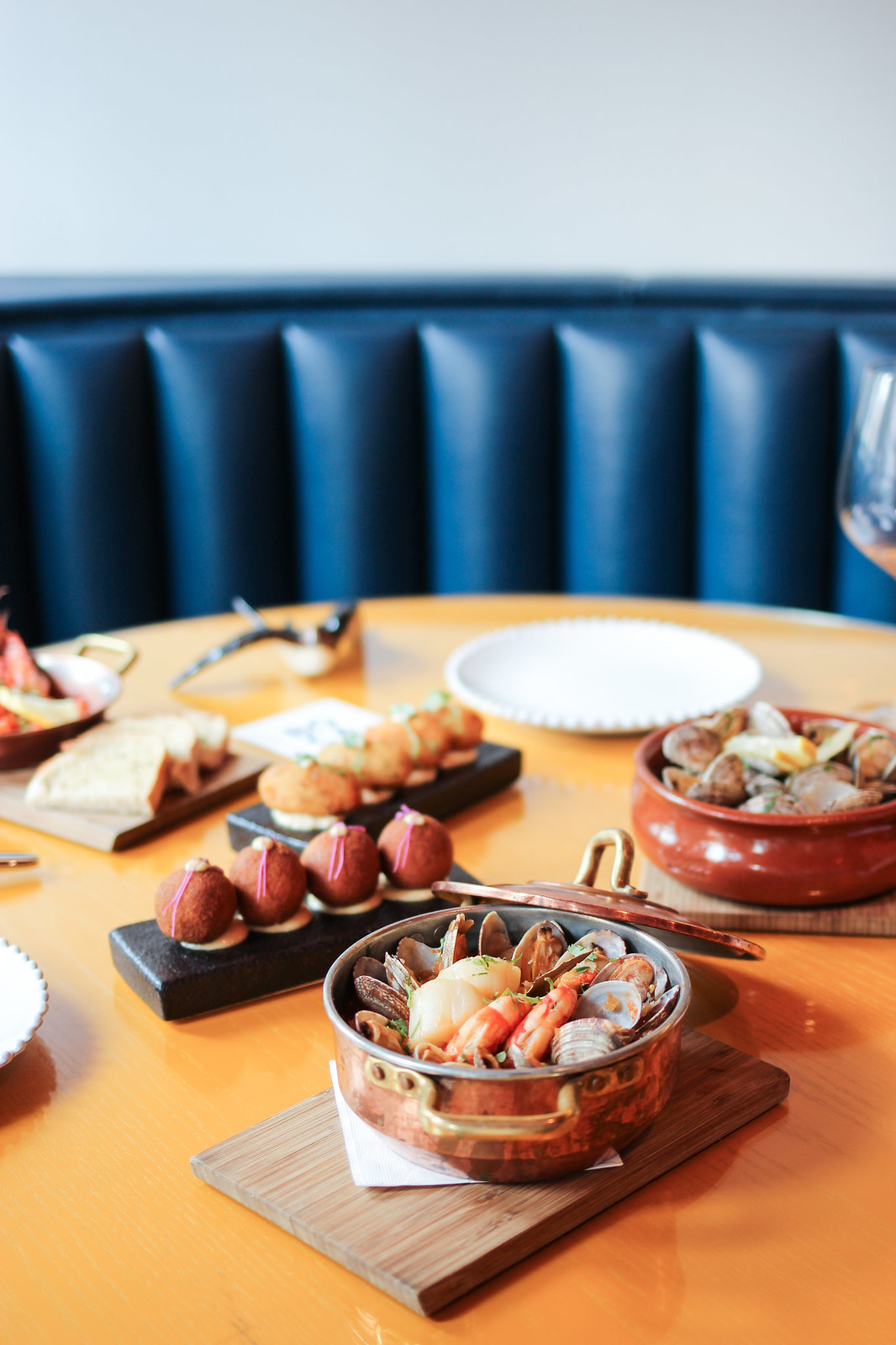 The Mixed Seafood Rice Stew, or “Arroz marisco”, was a medley of seafood – scallops, prawns, and clams atop a bed of seafood rice. This was like Spanish seafood paella, except that the sauces were not as heavy on the palate. 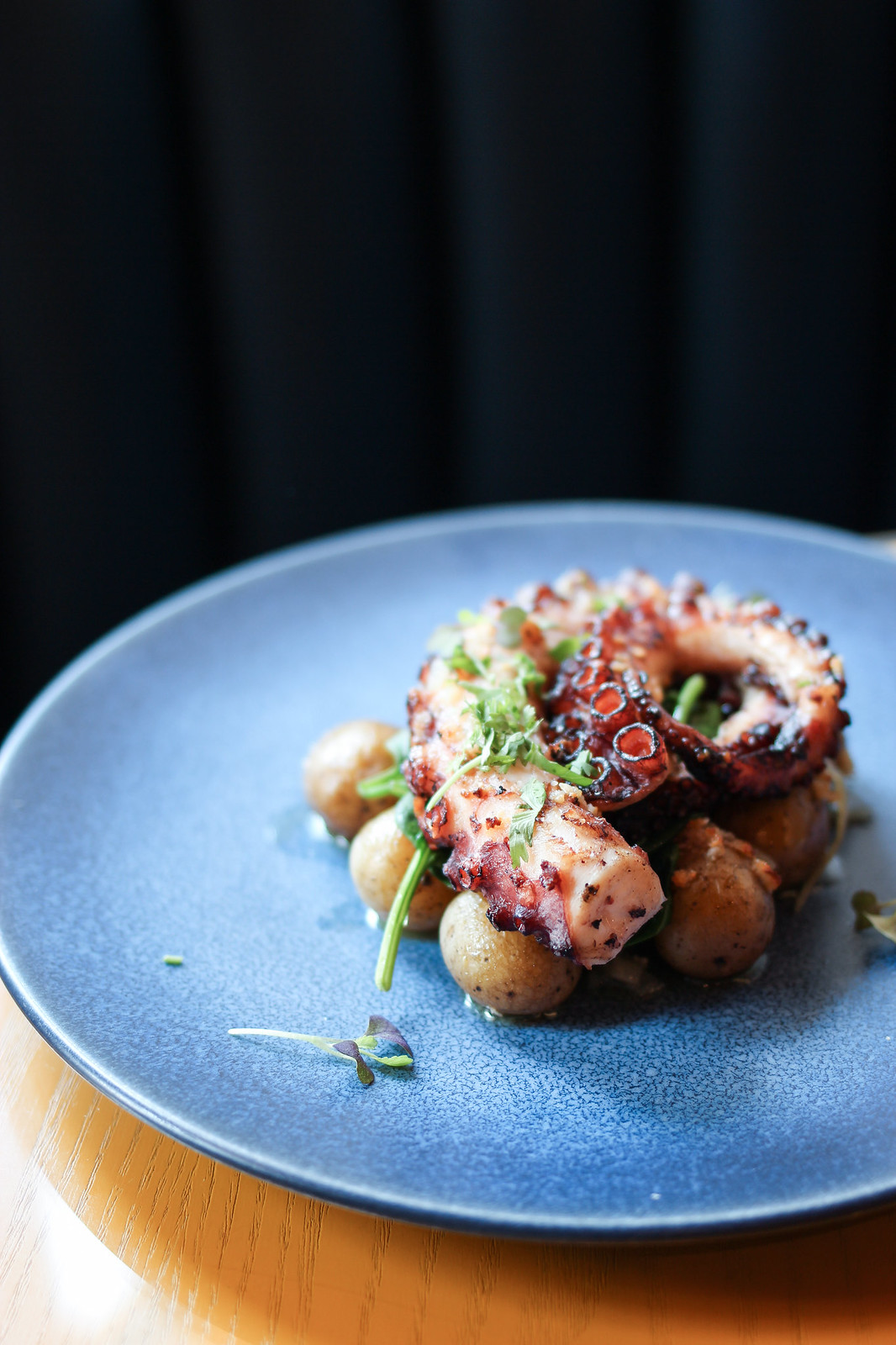 Truth be told, I don’t eat octopus usually (just me being a fussy eater and picking on food that is too chewy/rubbery to my liking). But the “Polvo a lagareiro” – comprising Octopus, Garlic, Olive Oil, Potatoes & Baby Spinach was an octopus dish in which I had nothing to pick on. The octopus was cooked till tender, and the accompaniments were great on their own too. 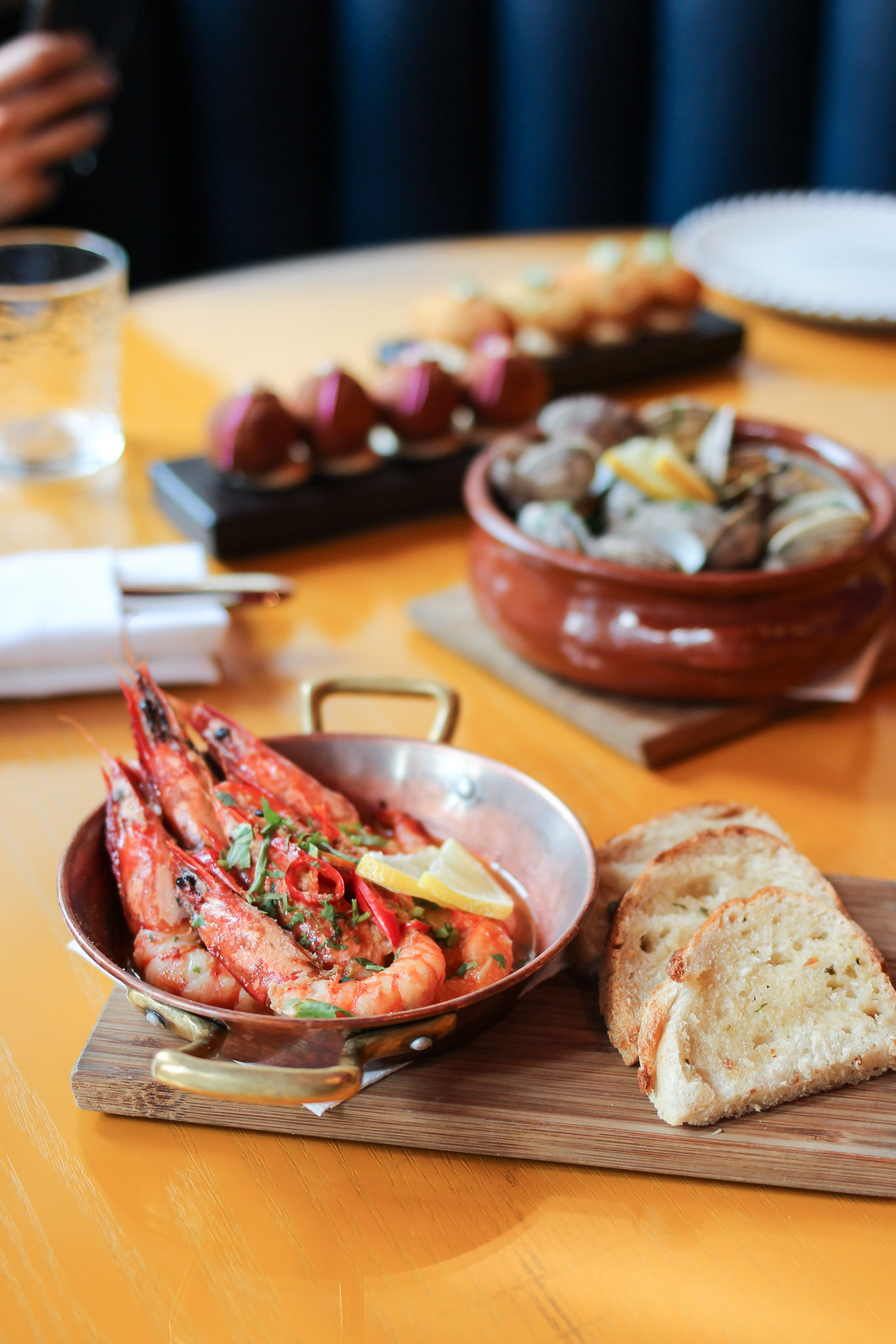 Due to my fussiness yet again, I skipped the Grilled Prawns with Lemon Sauce but my friends thought they were pretty good. 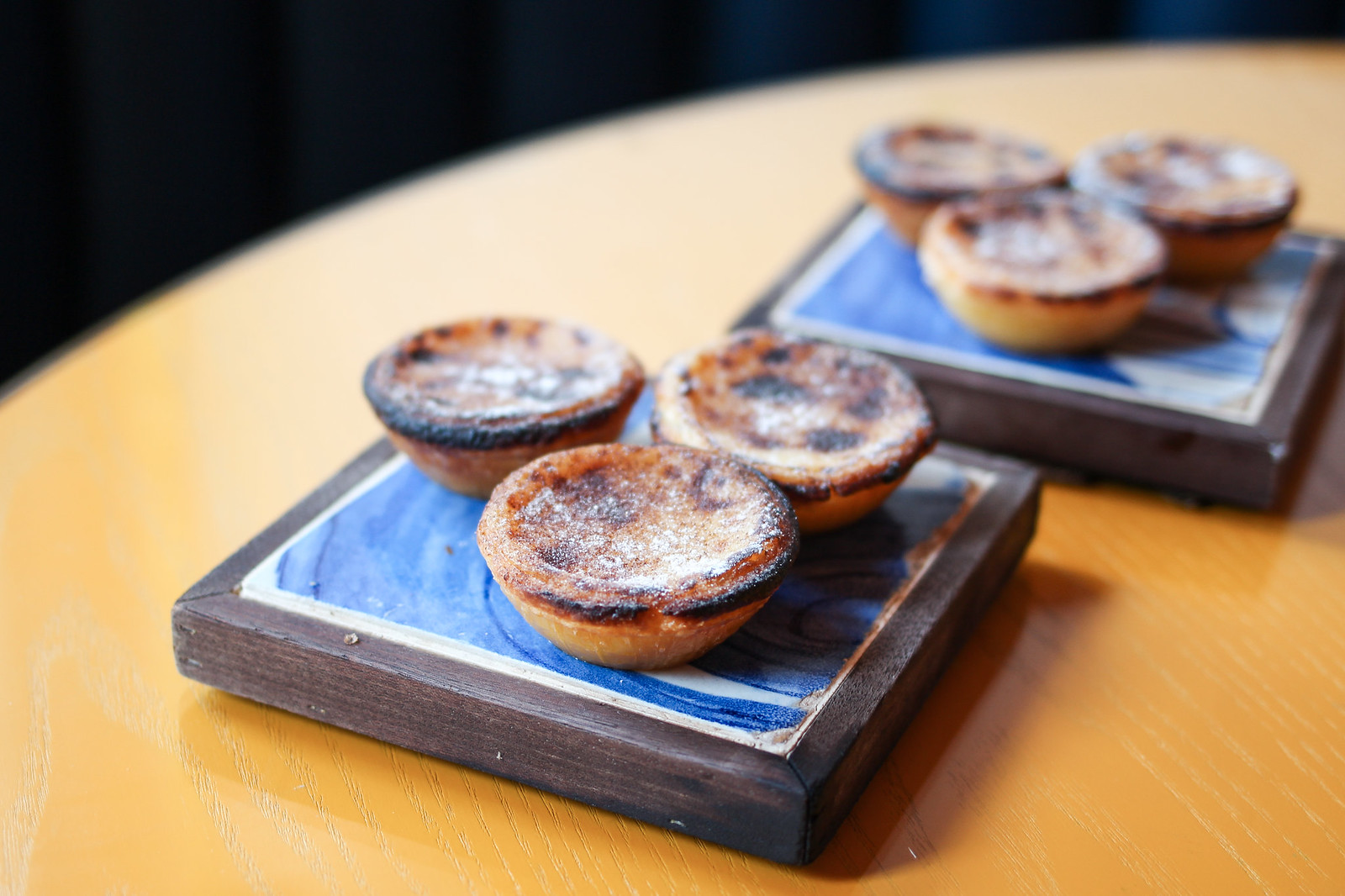 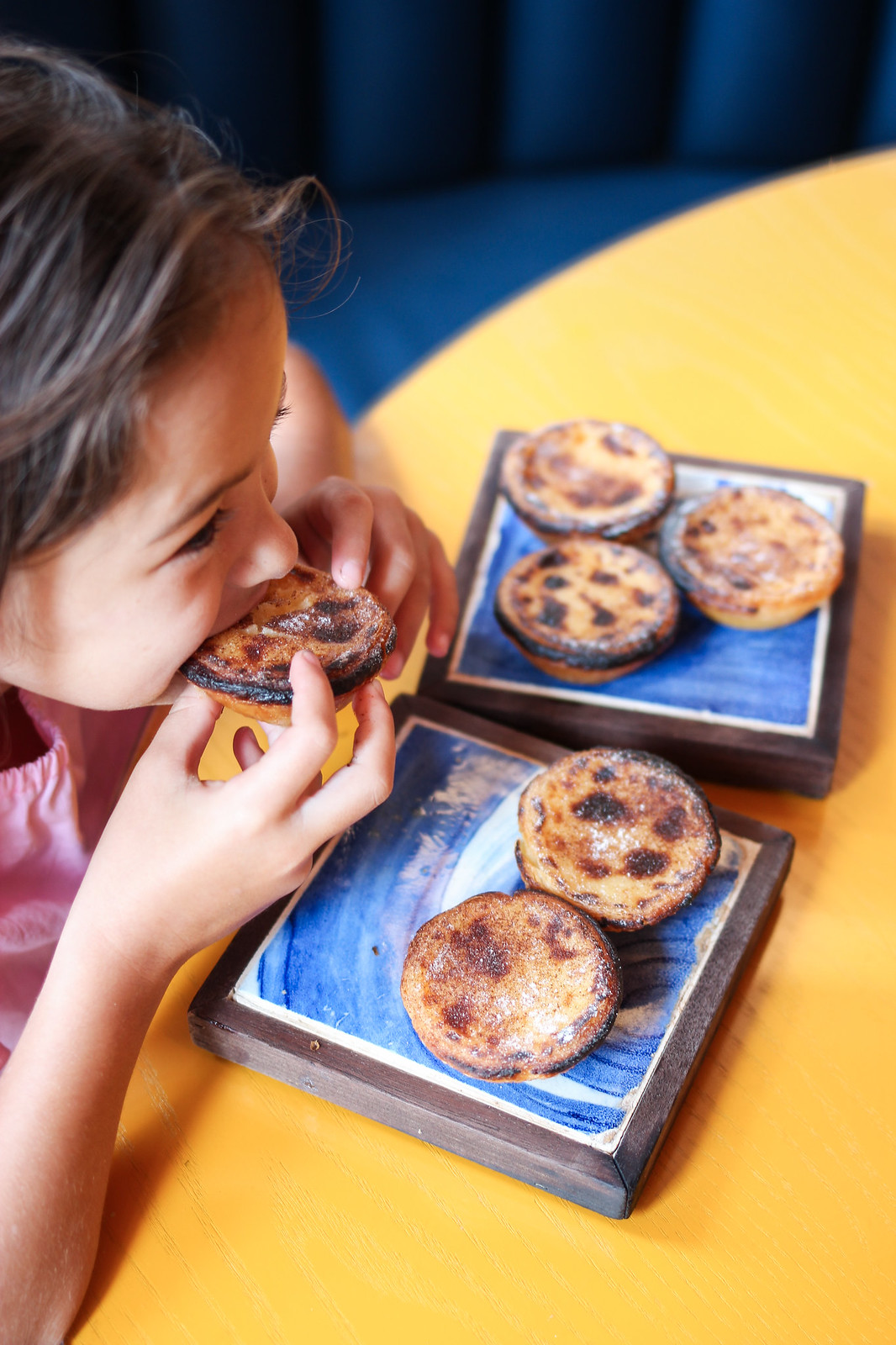 We were pretty stuffed after that heavy yet satisfying round of meats and seafood, but it would feel so incomplete if we left without trying their signature “Pastel de nata” or Authentic Portuguese Egg Tart . It seemed as though a second stomach opened up when the warm egg tarts came freshly out of the oven, served on oriental blue tiles in front of us. I’m not kidding when I say, that these are hands down the best egg tarts I’ve had, though the prices are not cheap. The crust had a very good crisp and being dusted with cinnamon and sugar, came with a tinge of sweetness to it. All these while the inside remained gooey, warm and molten. Delicioso.

Thanks Boca Restaurant for the kind invitation.

One thought on “Boca Restaurant”