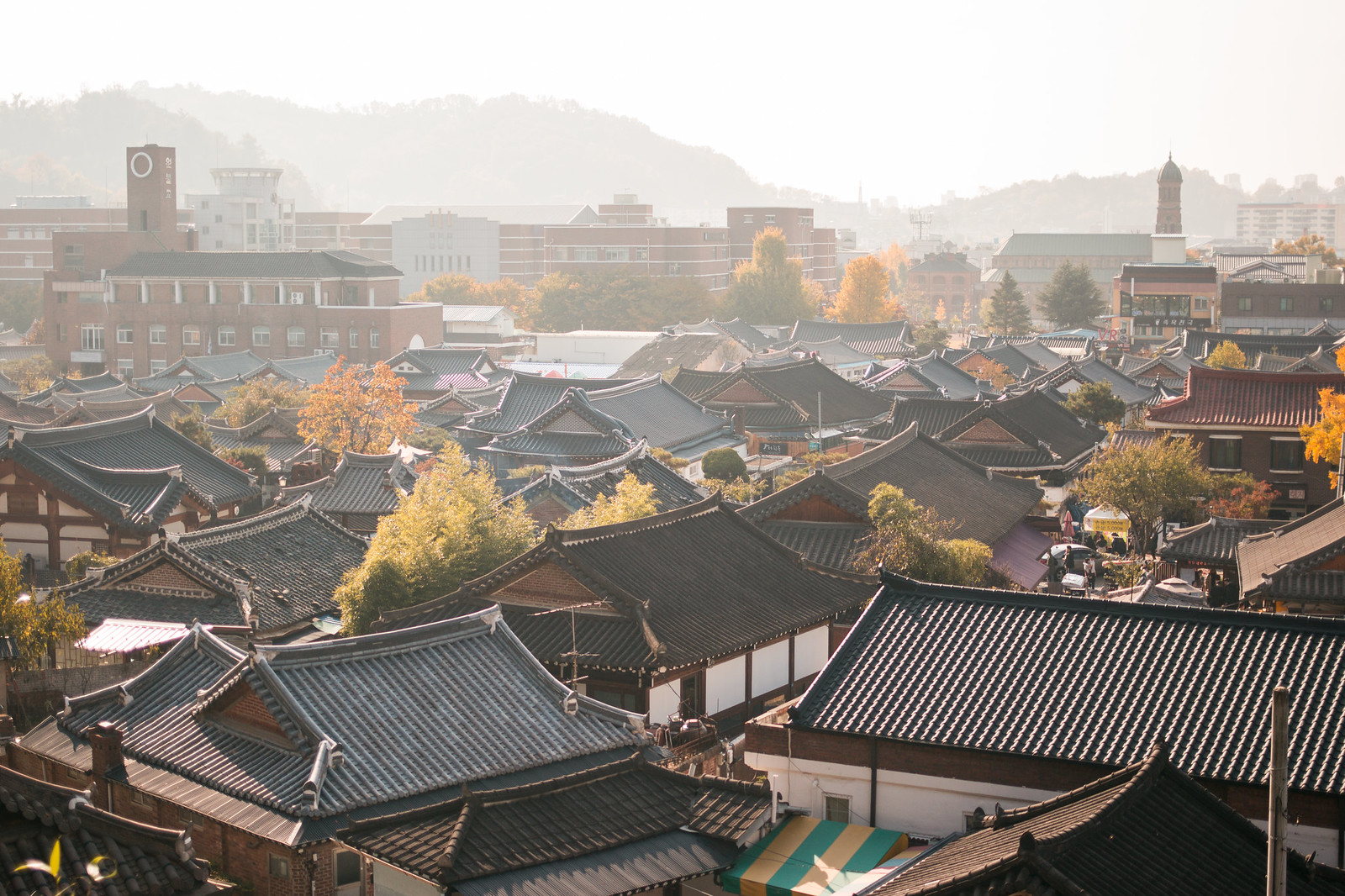 Jeonju had been that one city I’ve been wanting to visit. Seems like the countless of mentions of Jeonju bibimbap and hanoks in Korean language textbooks do their magic. And so, during my exchange in Korea, I thankfully got to visit in fall, when the fall foliage was at its peak (to be exact, I was there during the first few days of November). I believe this time is the best to travel around in Korea for cooling weather (~8 to 16oC) and the colors of fall. In this post, I’ll be sharing some of my tips and experiences. 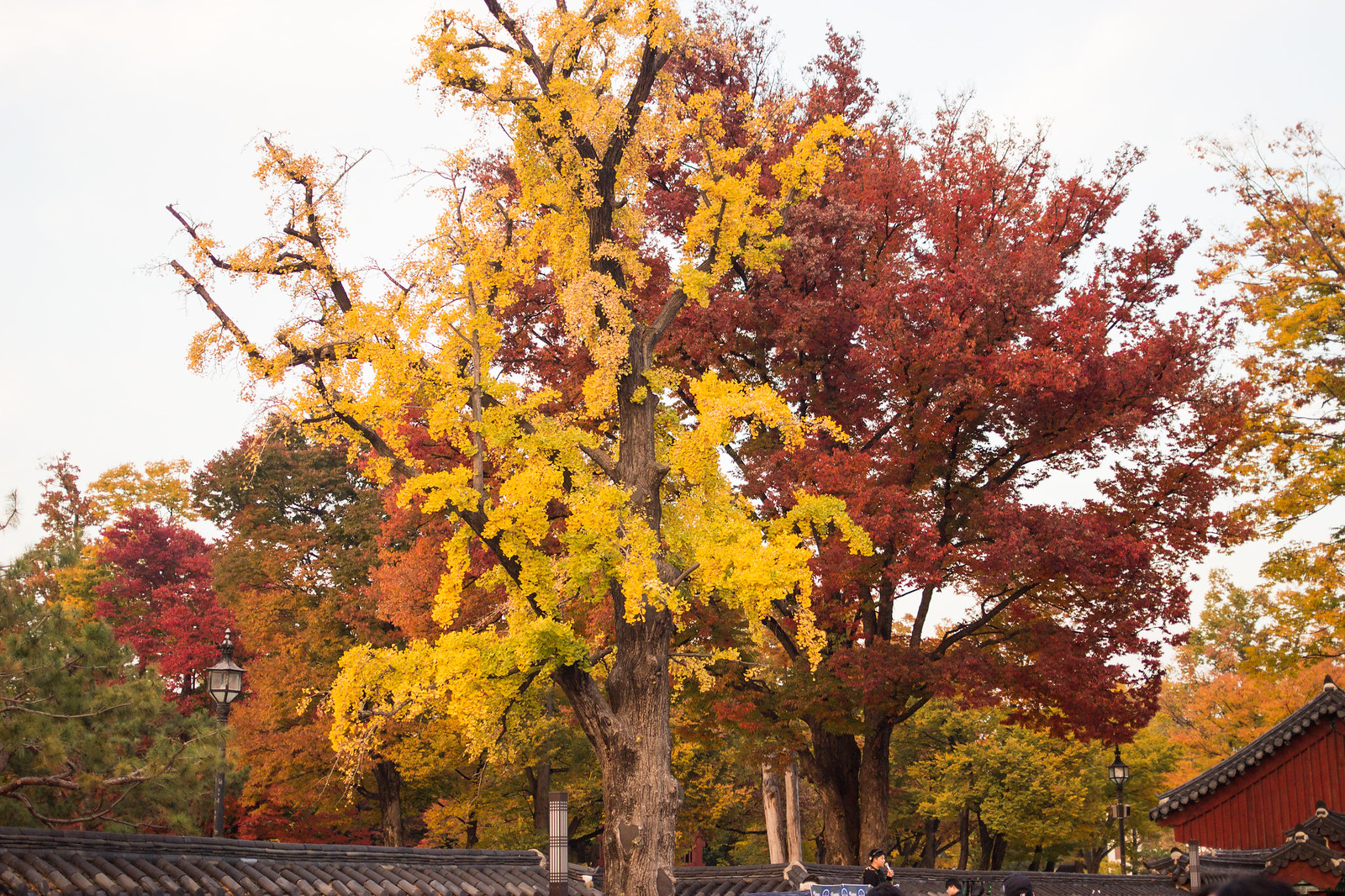 I arrived at my Jeonju accommodation on Friday night, which was a hostel providing private rooms booked on AirBnB. Despite the need to commute to the main tourist areas by bus for a few stops (Note: no trains in the city) and the slight rundown appearance on the outside, the room was very cheap, spotless and came with a tv, attached bathroom, humidifier and portable aircon. The owner is also experienced with foreigners. (Will provide the exact link if you request it from me!) 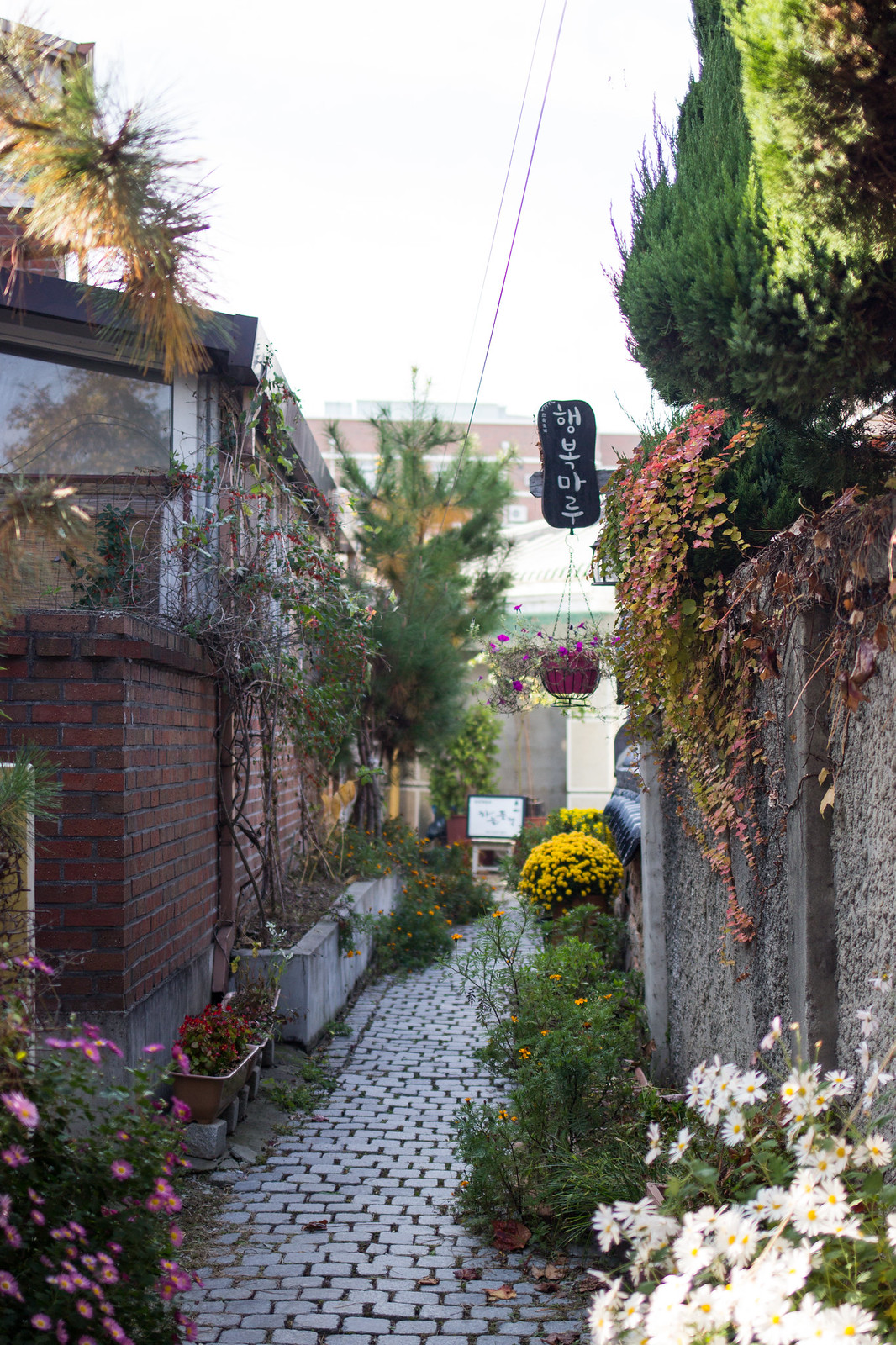 The next morning, I headed down to the main attraction in Jeonju, which undisputedly is the Jeonju Hanok Village. With its vast expanse of hanok houses, even the Bukchon Hanok Village in Seoul seems insignificant. Most of the other attractions in Jeonju are actually found within the Hanok Village itself, so you can expect to spend most of your time in Jeonju in the village. Personally, I spent an entire Saturday (about 7-8 hours) walking to cover every nook and cranny of the village.

At the main entrance of the Hanok Village, you will notice the Jeondong Cathedral as it stands out conspicuously with its European designs alongside traditional hanoks. 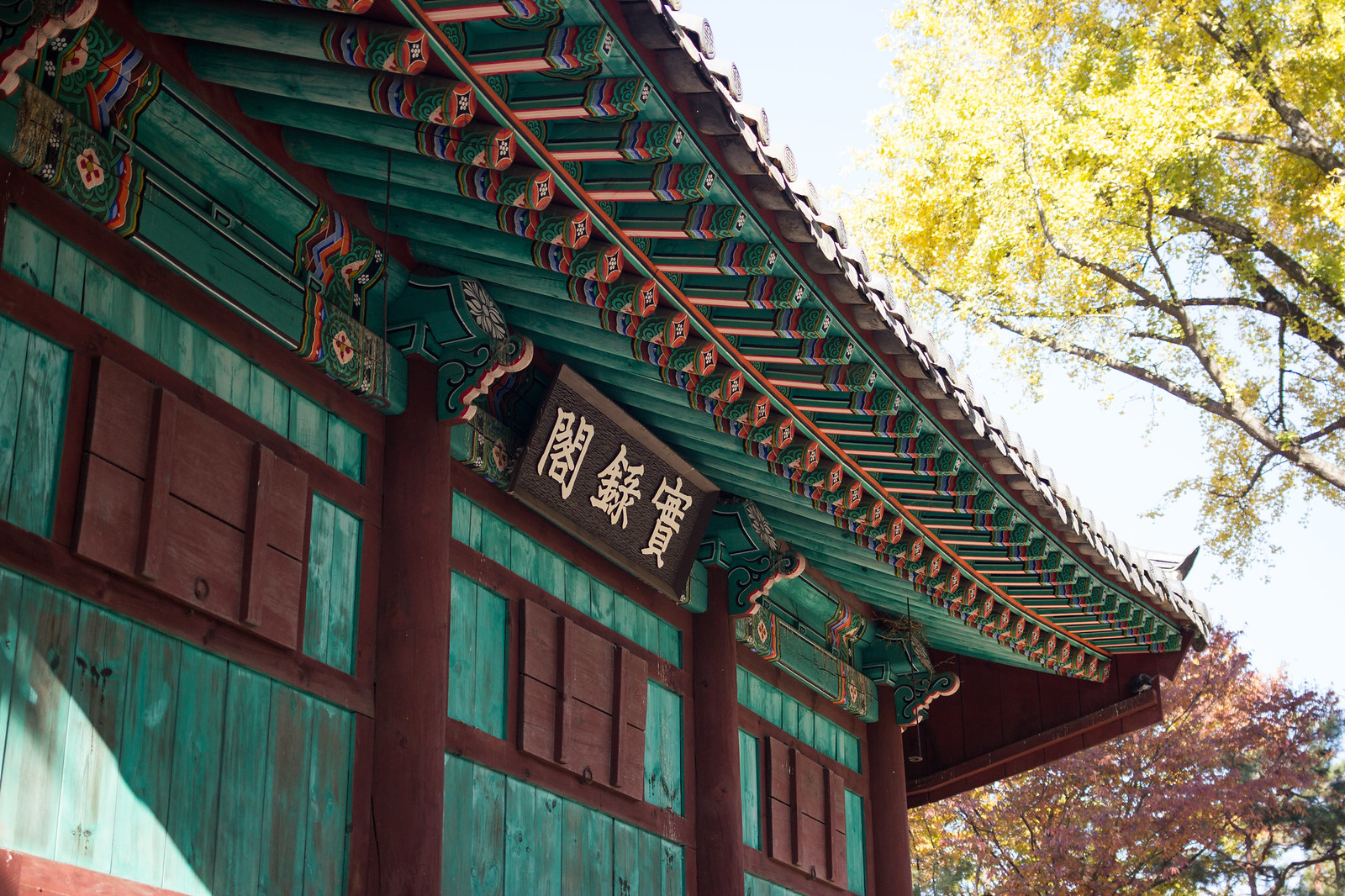 Right at the entrance opposite the cathedral, you will spot the Gyeonggijeon Shrine, where you’ll get small snippets of Korean history, especially that of King Tae-jo (founder of Joseon dynasty). Later, I found out that the small bamboo garden in this attraction was a filming site for Love in the Moonlight. Note that a very small entrance fee is required. 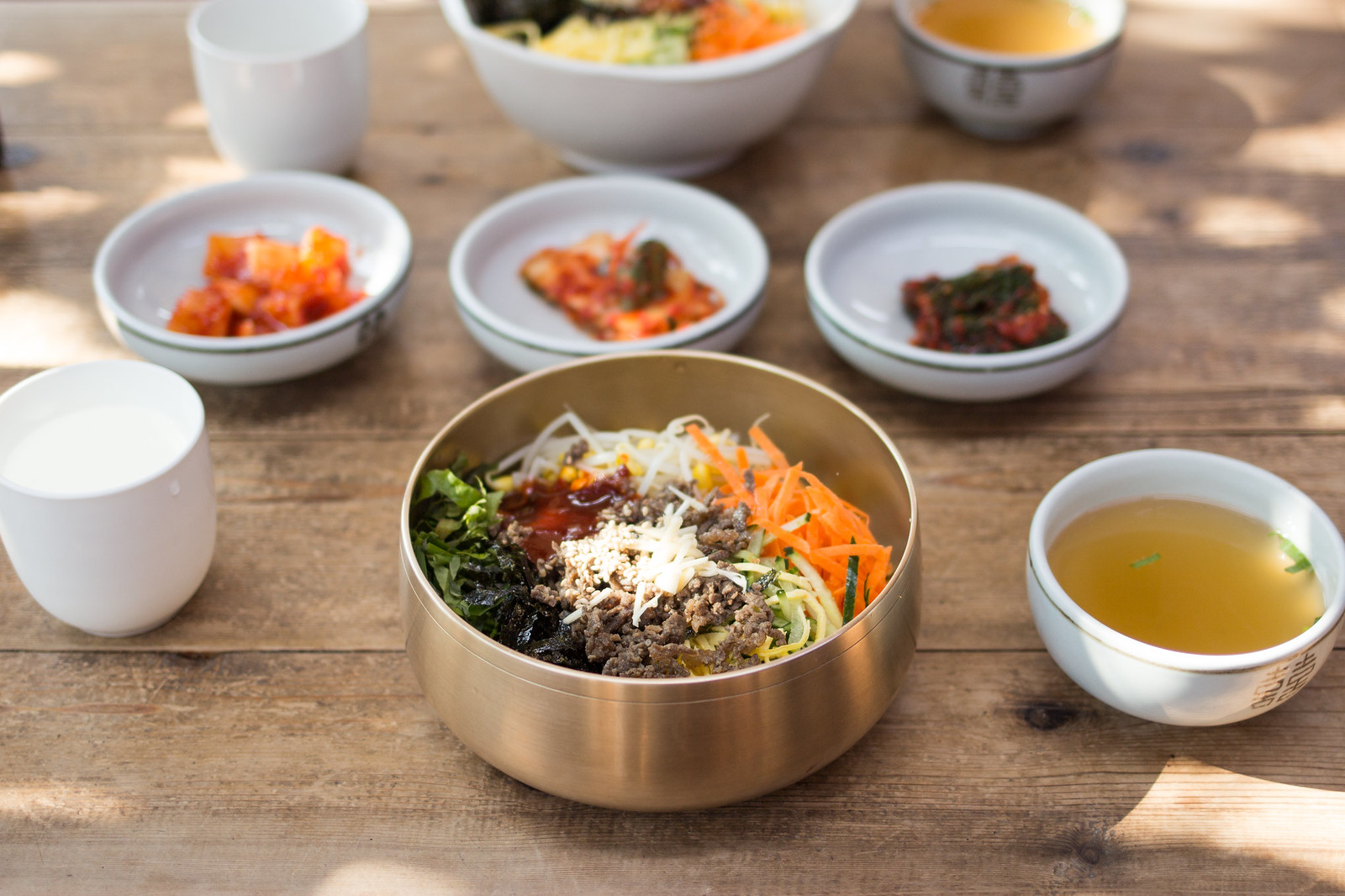 Food-wise – except for the popular street snack stalls (eg. P&B bakery [selling Jeonju chocolate pie – different from the usual Korean choco pie in that it is coated with a thicker chocolate coating and has a creamier, more distinct flavour of the pie itself. Try it for yourself], octopus skewers, famous dumpling shop) and restaurants which have long queues, I would recommend not eating in the village itself. Especially if you want to have an authentic experience of Jeonju bibimbap. Without that knowledge initially, I went to a restaurant in an alley of the village and had a mediocre and expensive bibimbap. That night, I visited the street of restaurants, bakeries and photo studios right along the village’s entrance and food there was way better. 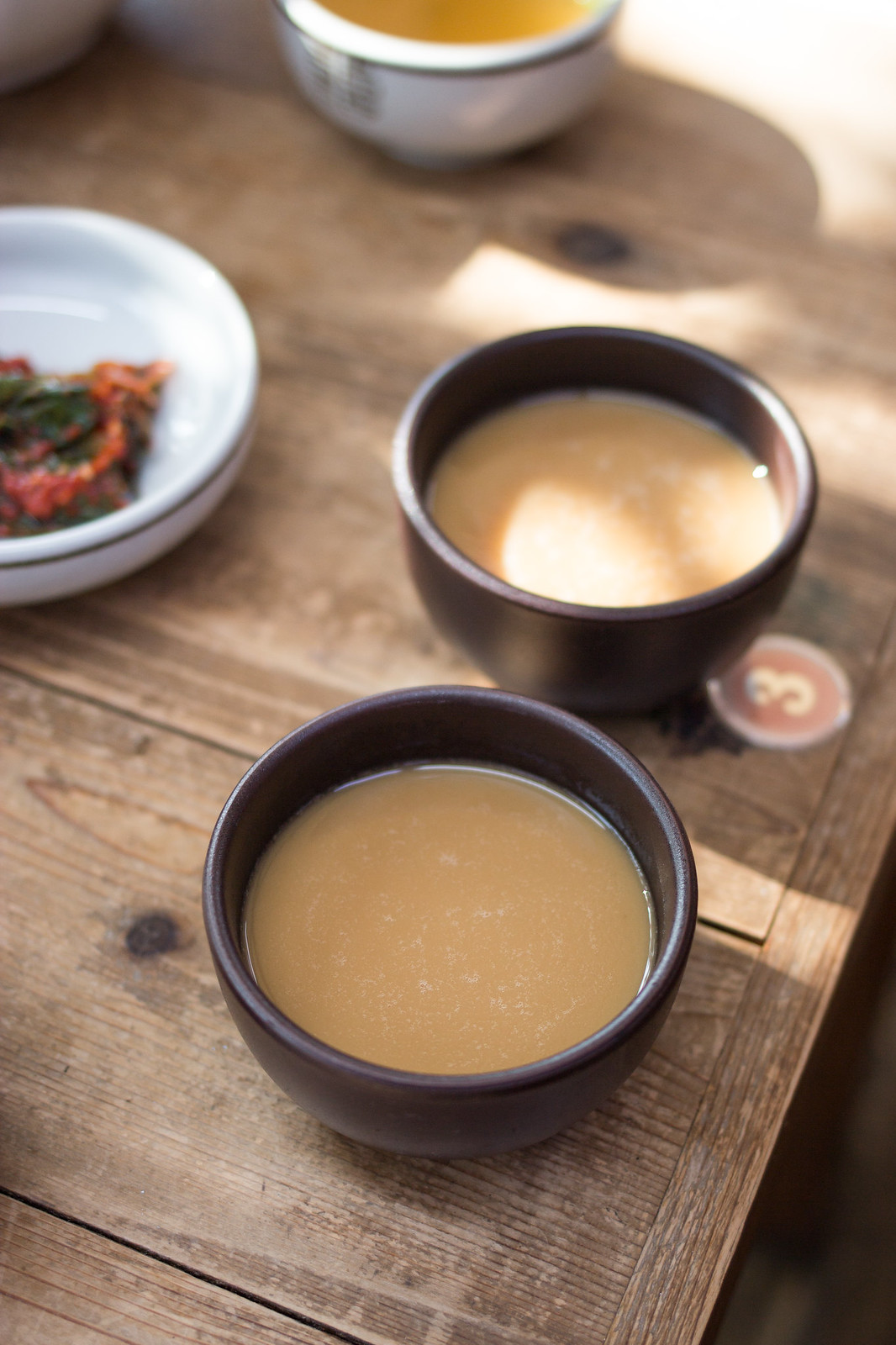 I also managed to try moju, a 1% alcoholic beverage made with makgeolli and a variety of Chinese oriental herbs, thus popular for its health benefits. As far as I know, it can only be found in Jeonju. I loved it for its cinnamon-y taste and thick consistency. It was just like the Korean oriental teas which I happen to like a lot too. 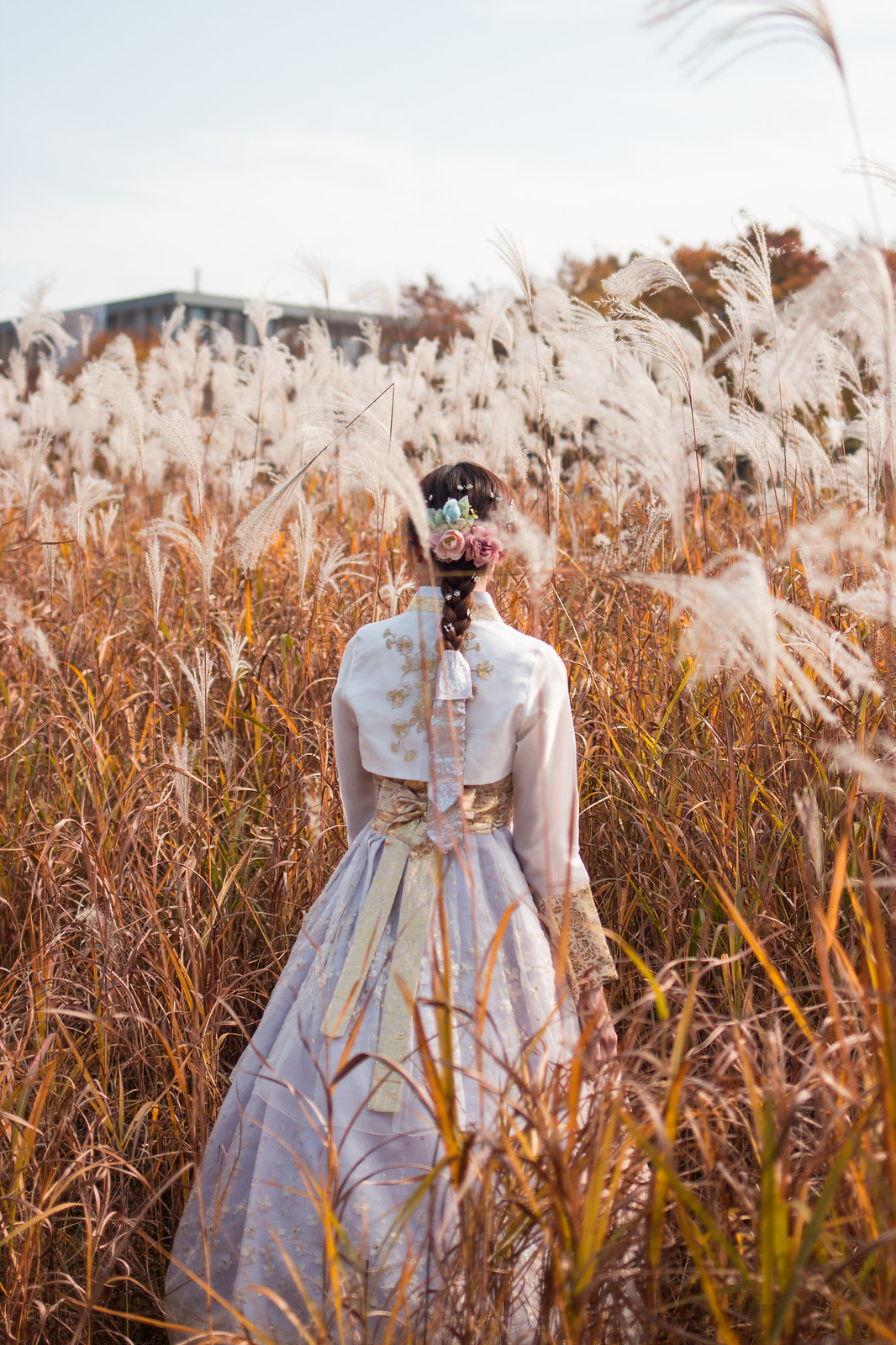 After lunch, I had my first Hanbok experience in Korea. Besides hanboks, there are also many stores renting different kinds of costumes like school uniforms. There were also lots of people who cross-dressed (especially Korean boys in gisaeng hanboks), and I too shall attempt it one day. 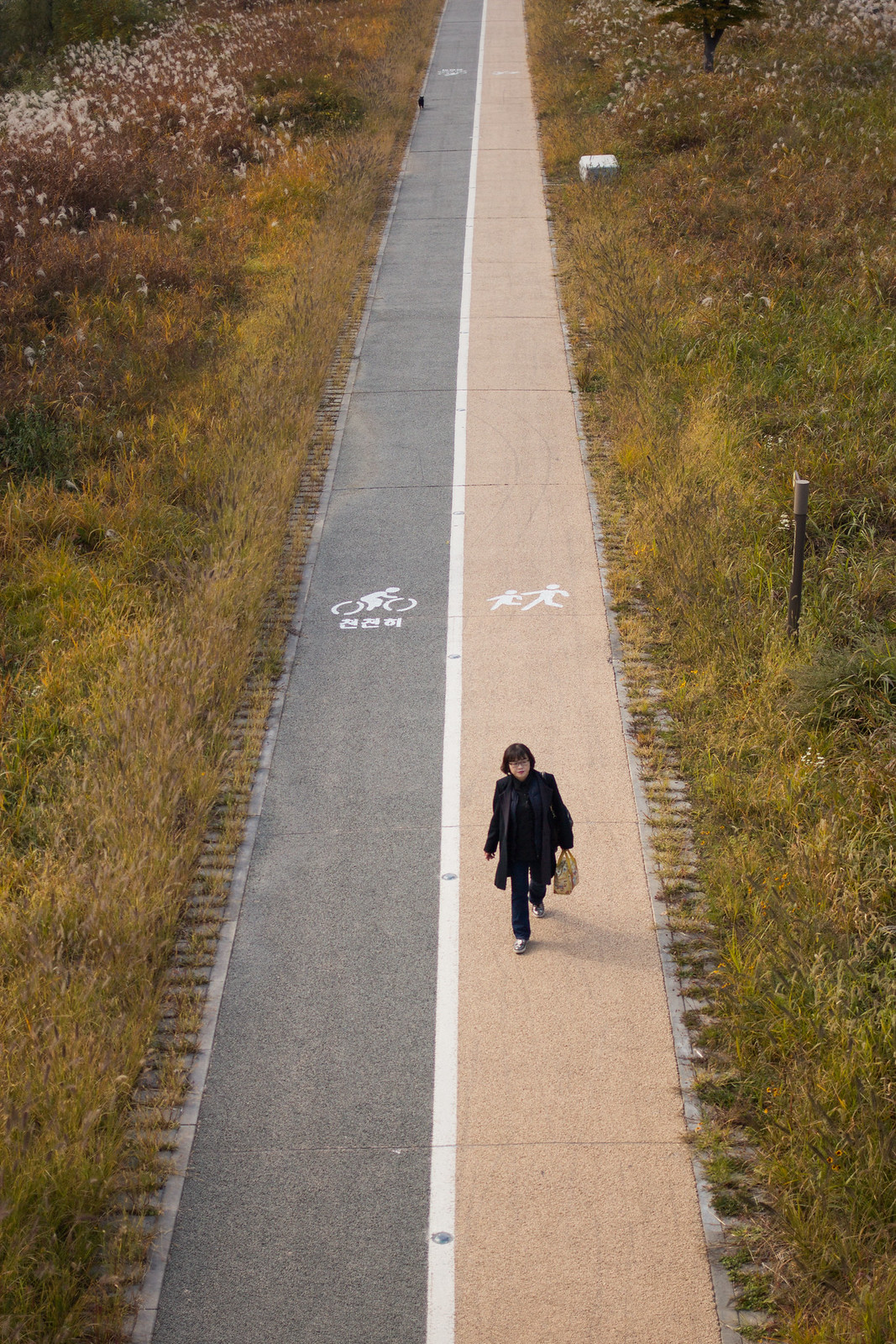 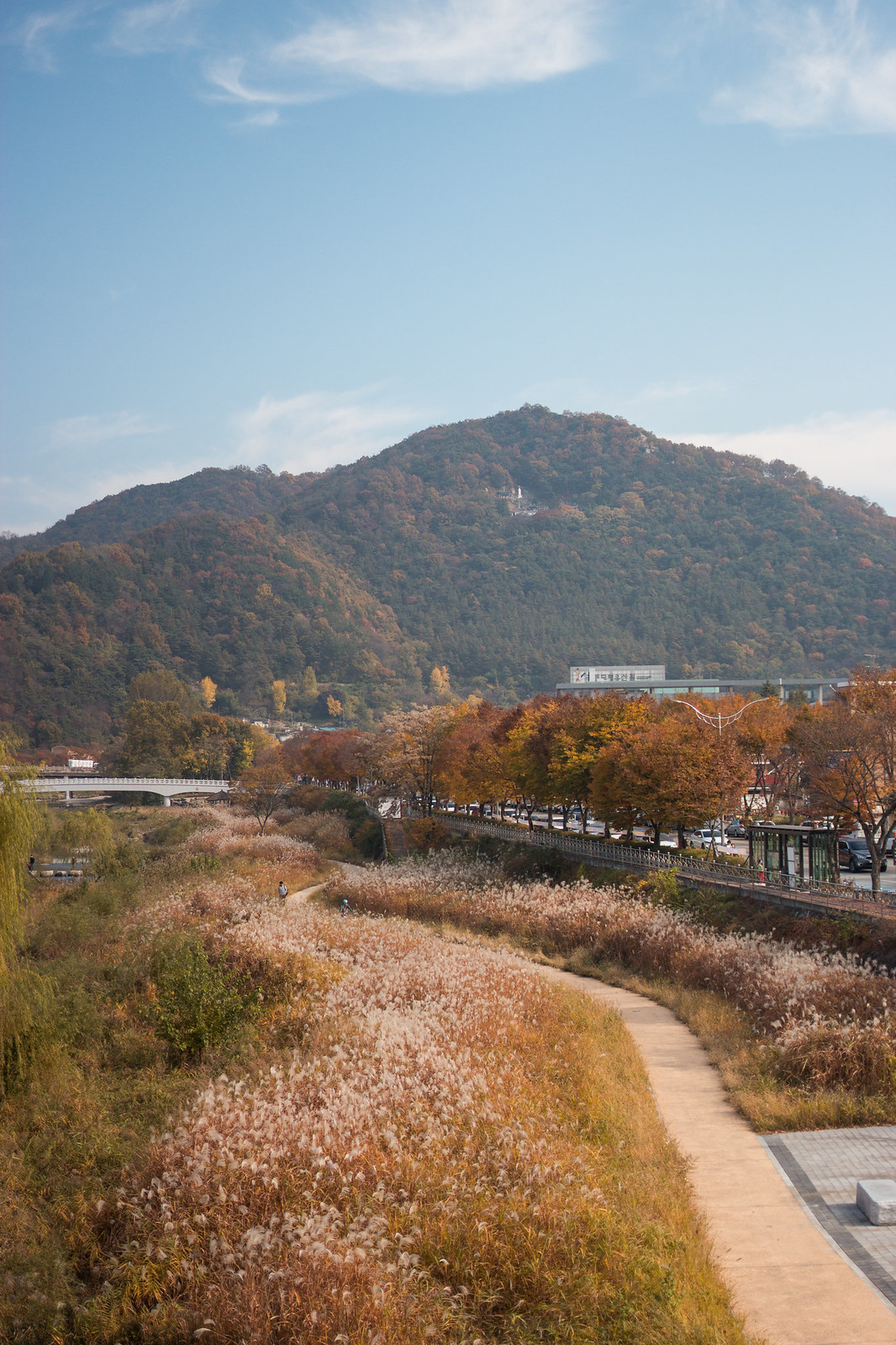 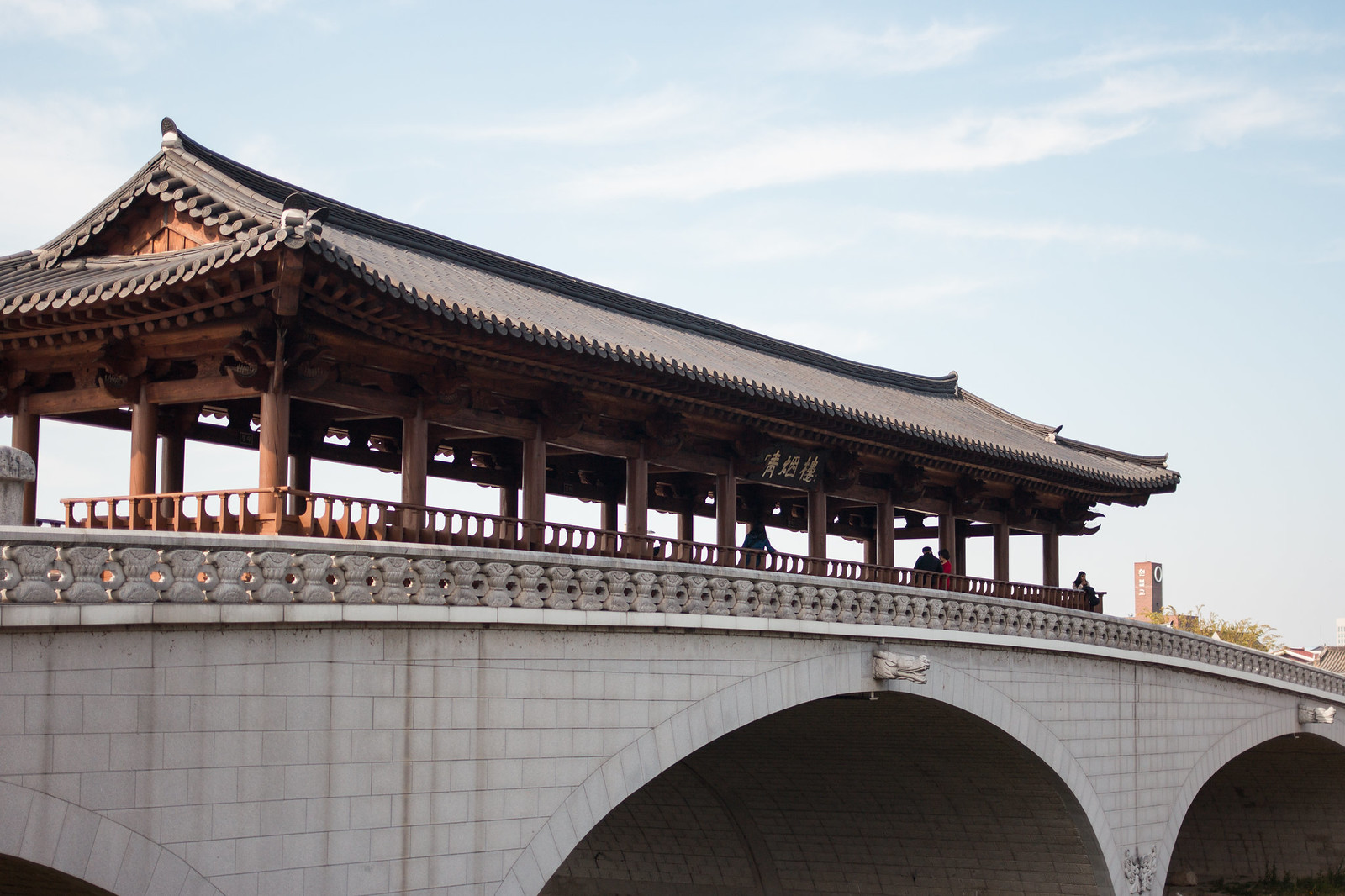 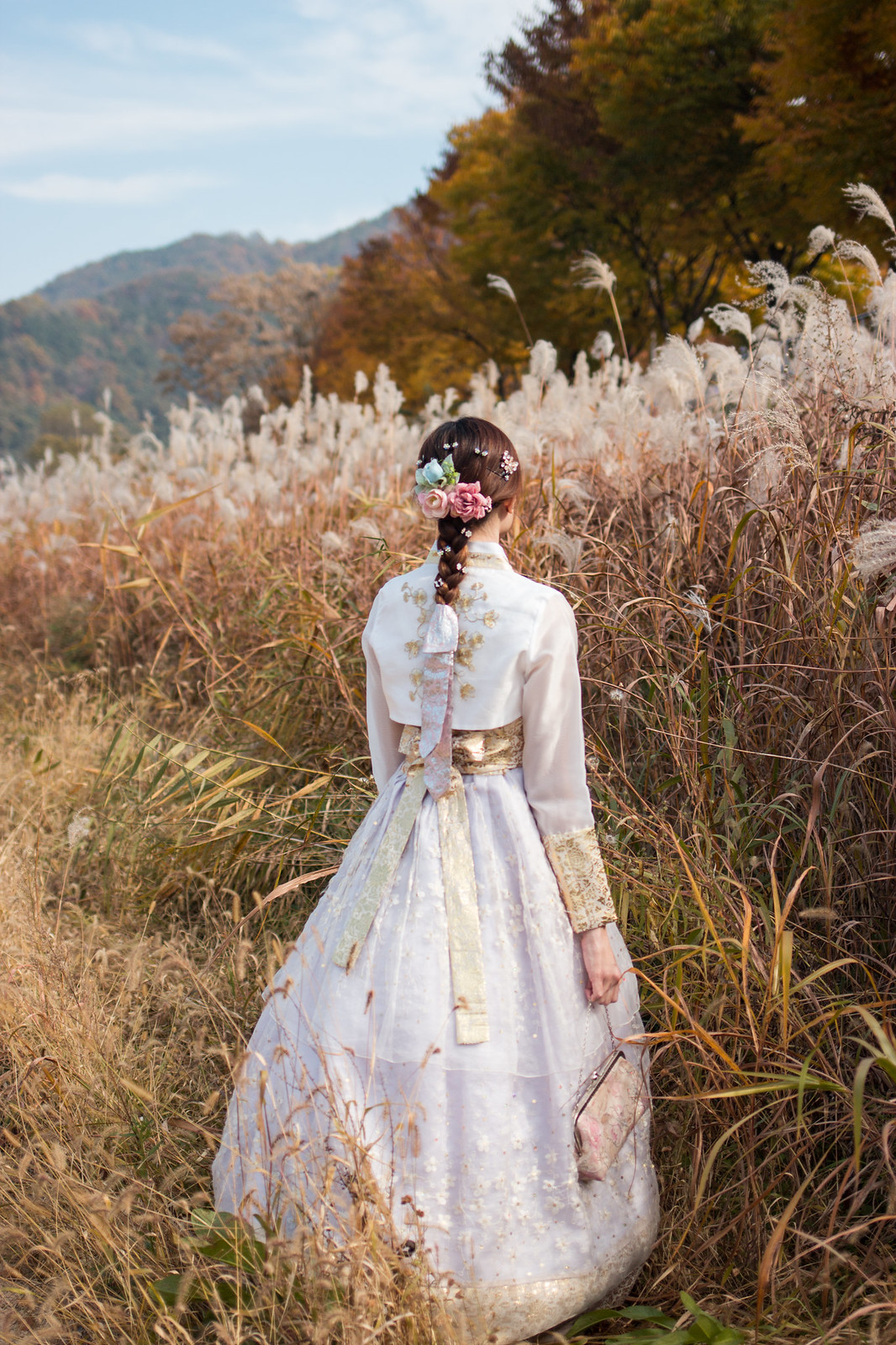 I took a stroll along the Jeonju River, where I unexpectedly found some good photo opportunities with wild silvergrass (which only blooms from October to November). 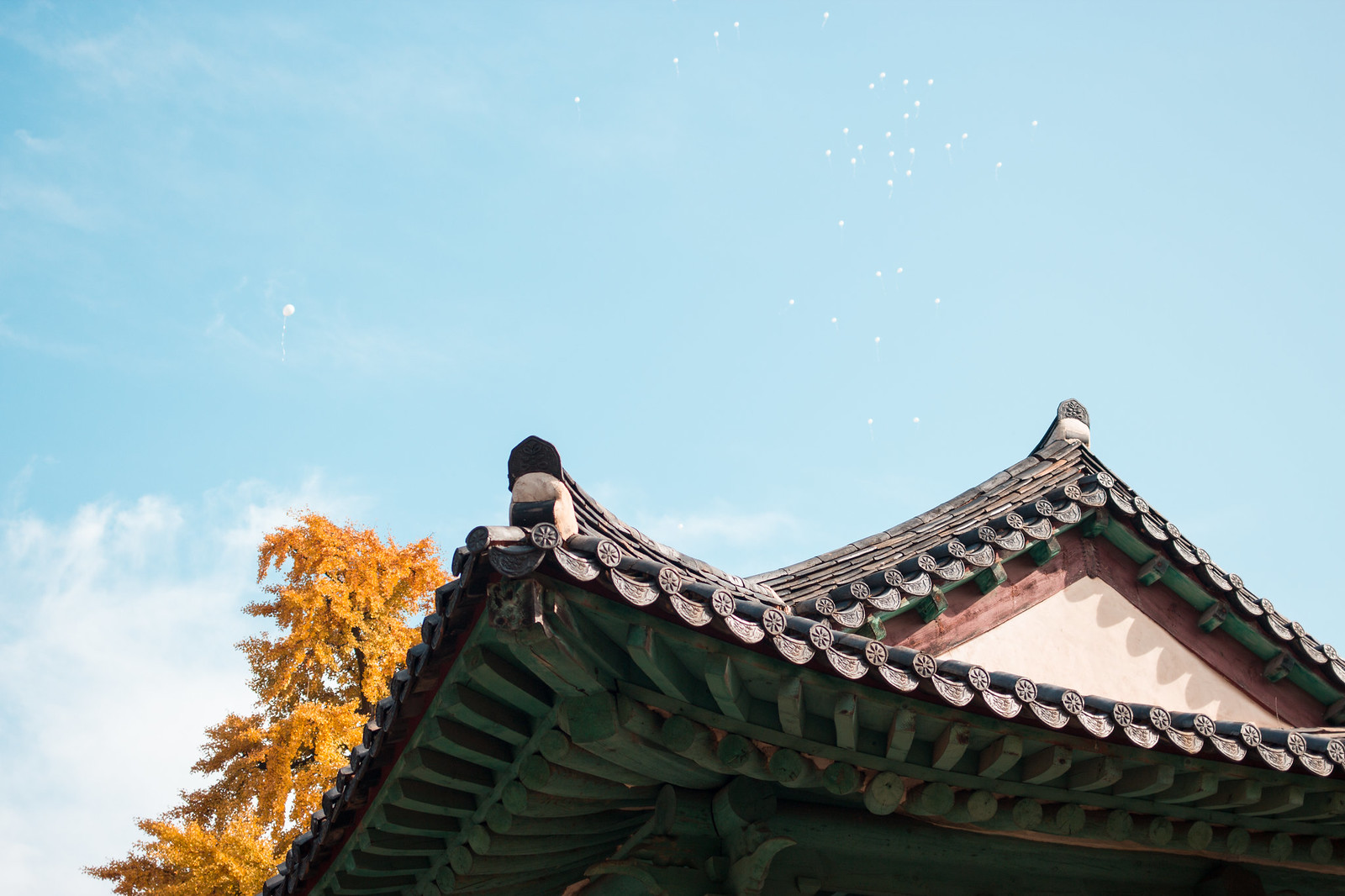 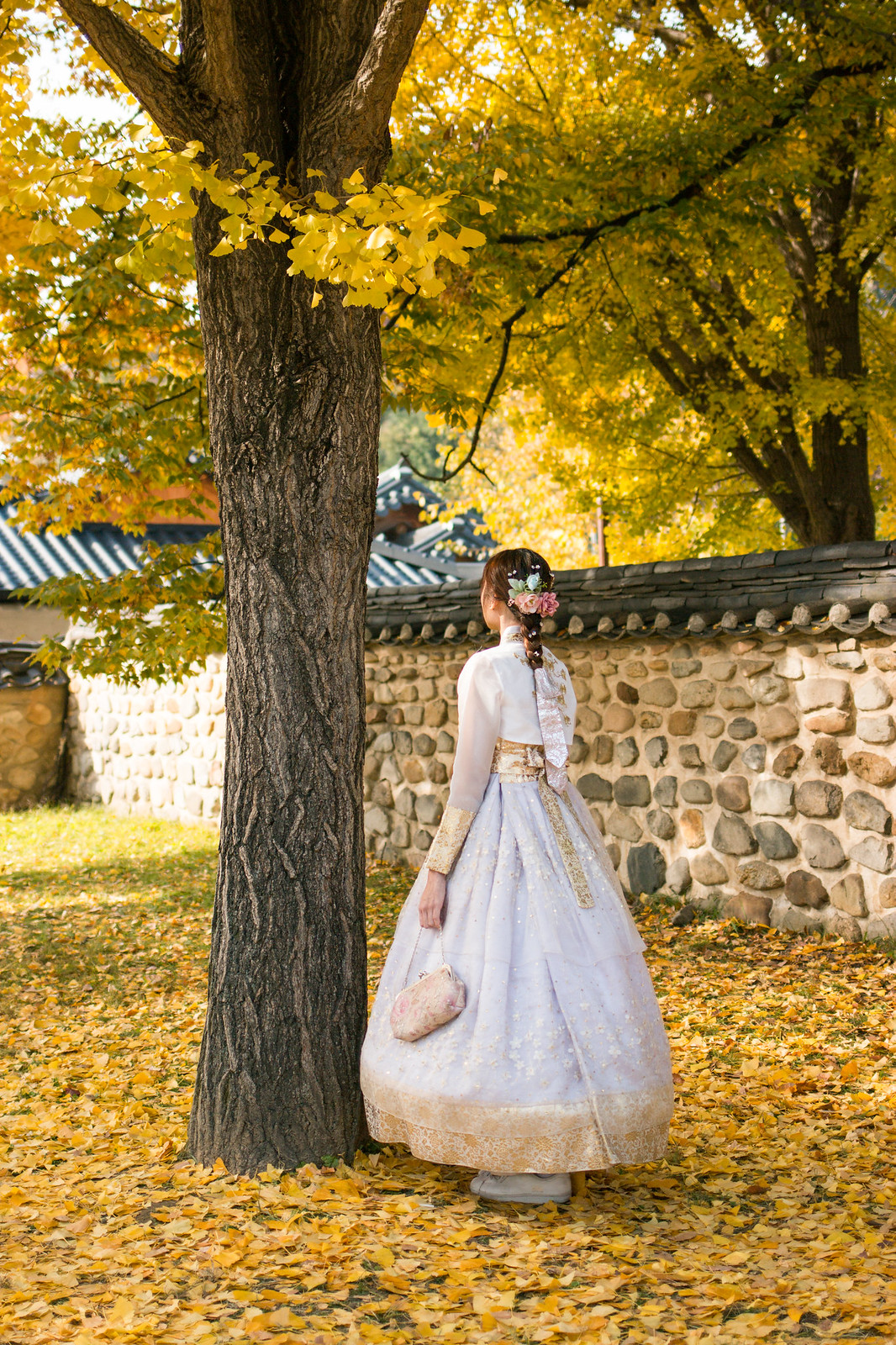 The next stop from the river was the Jeonju Hyanggyo, which used to be a Confucian school. In autumn, the entranceway from the outer gate leading in to the halls was a bright yellow exhibition of gingko trees, falling leaves and fallen leaves. 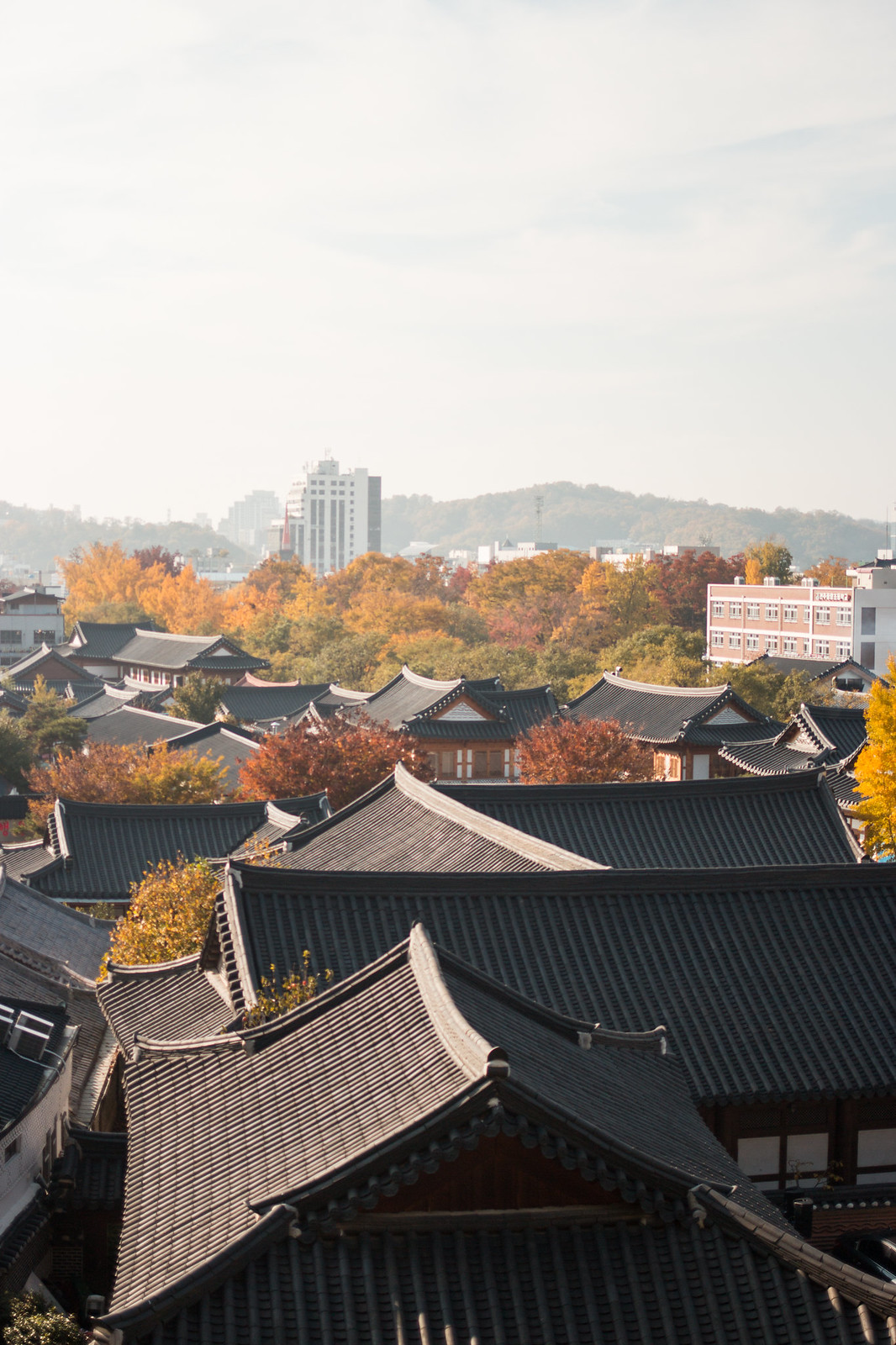 I highly recommend visiting the Omokdae and Imokdae pavilions, despite the short climb up a hill. On the way up or down, the unobstructed bird’s eye view of the hanok rooftops will be a treat for the eye. Go at sunset to catch the view of the hanoks against a backdrop of the setting sun.  I also took a short rest at the pavilion among local and foreign tourists.

If you cross a short bridge from the site of the pavilions, it will lead to the Jaman Mural Village, filled with colourful wall paintings of houses and small cafes. 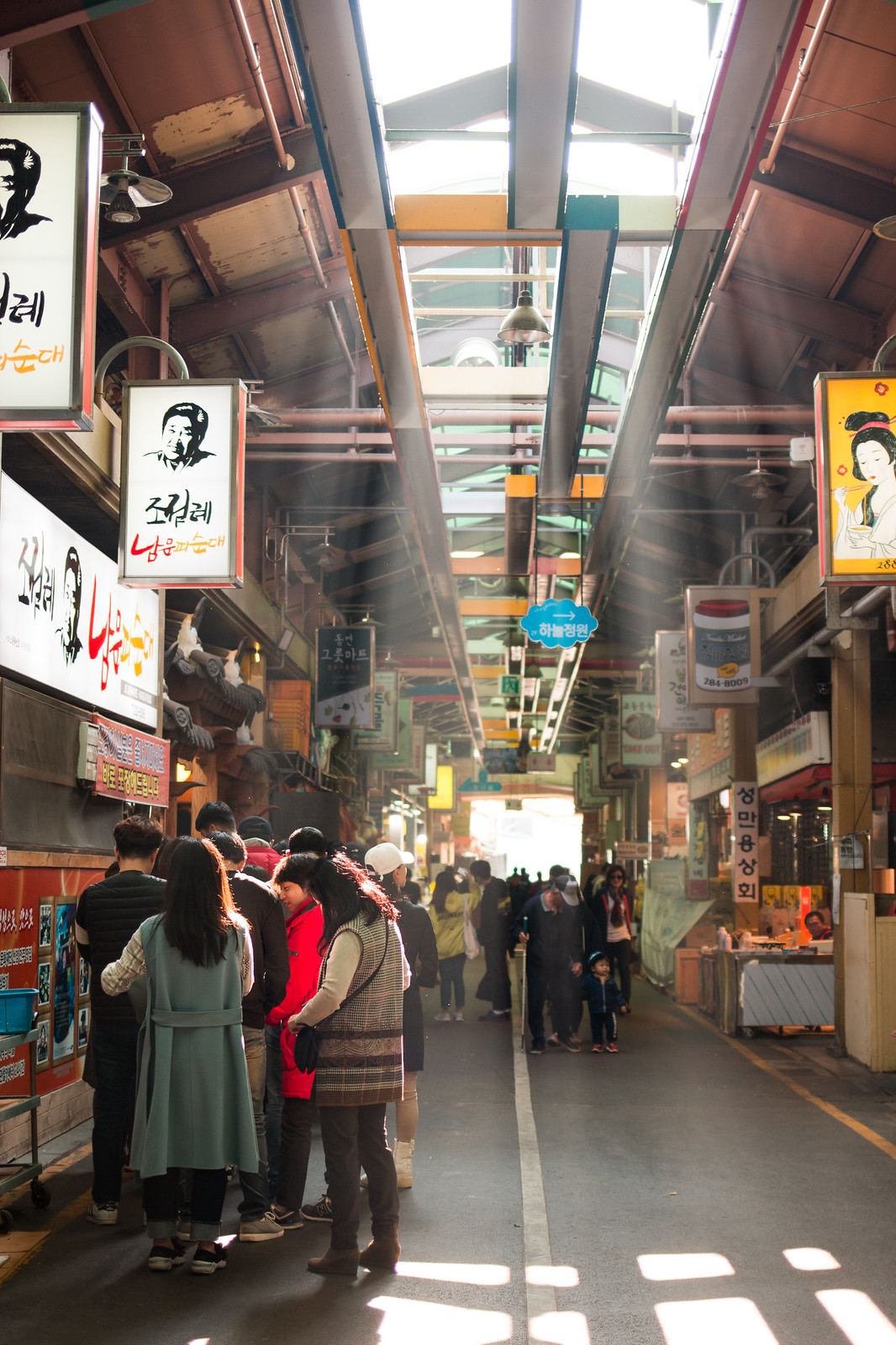 On my second day, I went to the other two main attractions outside of the Hanok Village are the Pungnammun Gate and Nambu Traditional Market, which merely takes 3 minutes on foot from the village’s main entrance. The market tends to be quiet in the day with most stalls closed, so I would recommend visiting it for the night market which operates every Friday and Saturday night from 6pm to midnight. The market is also popular for its Korean blood sausage (soondae) and beansprouts soup with rice. 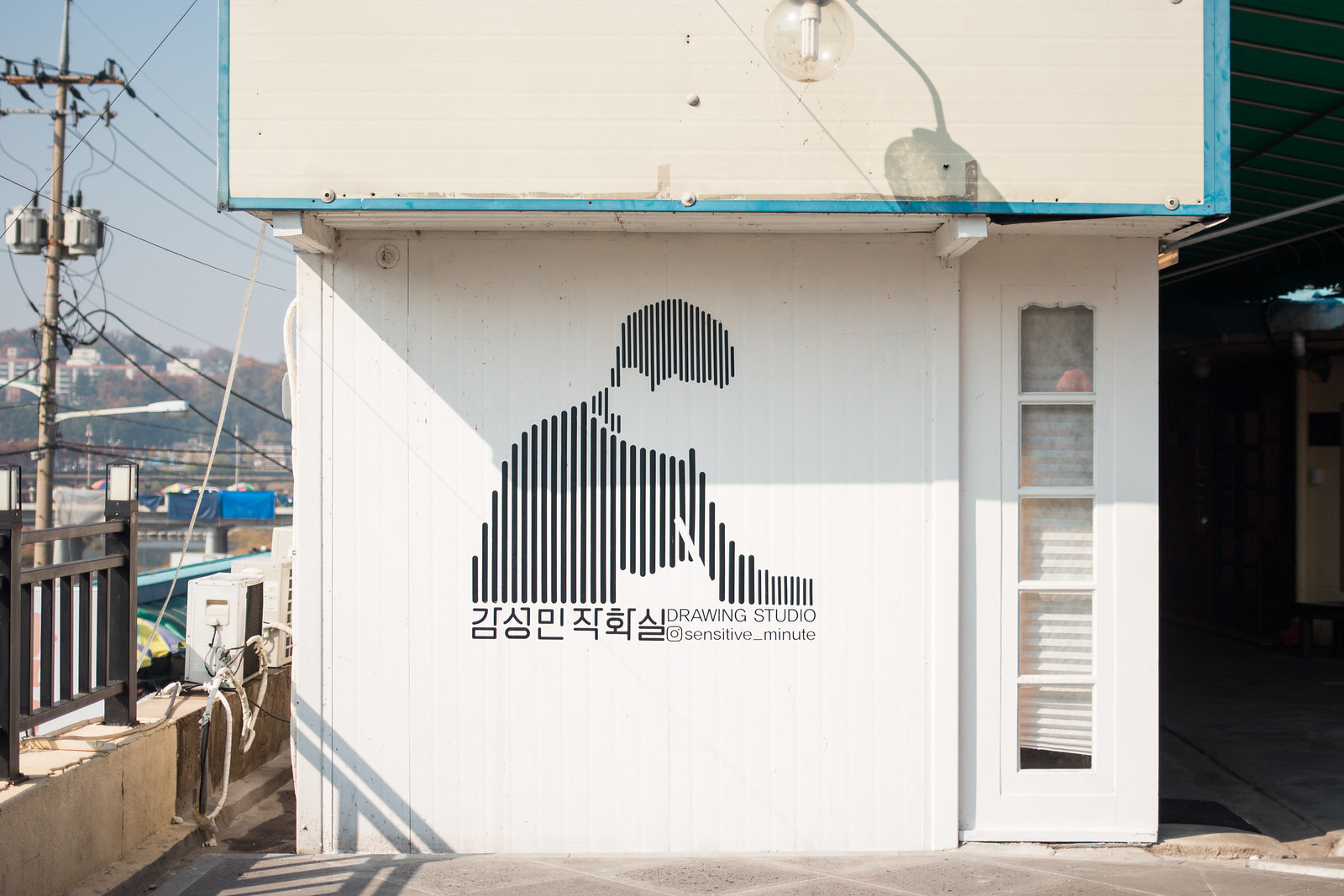 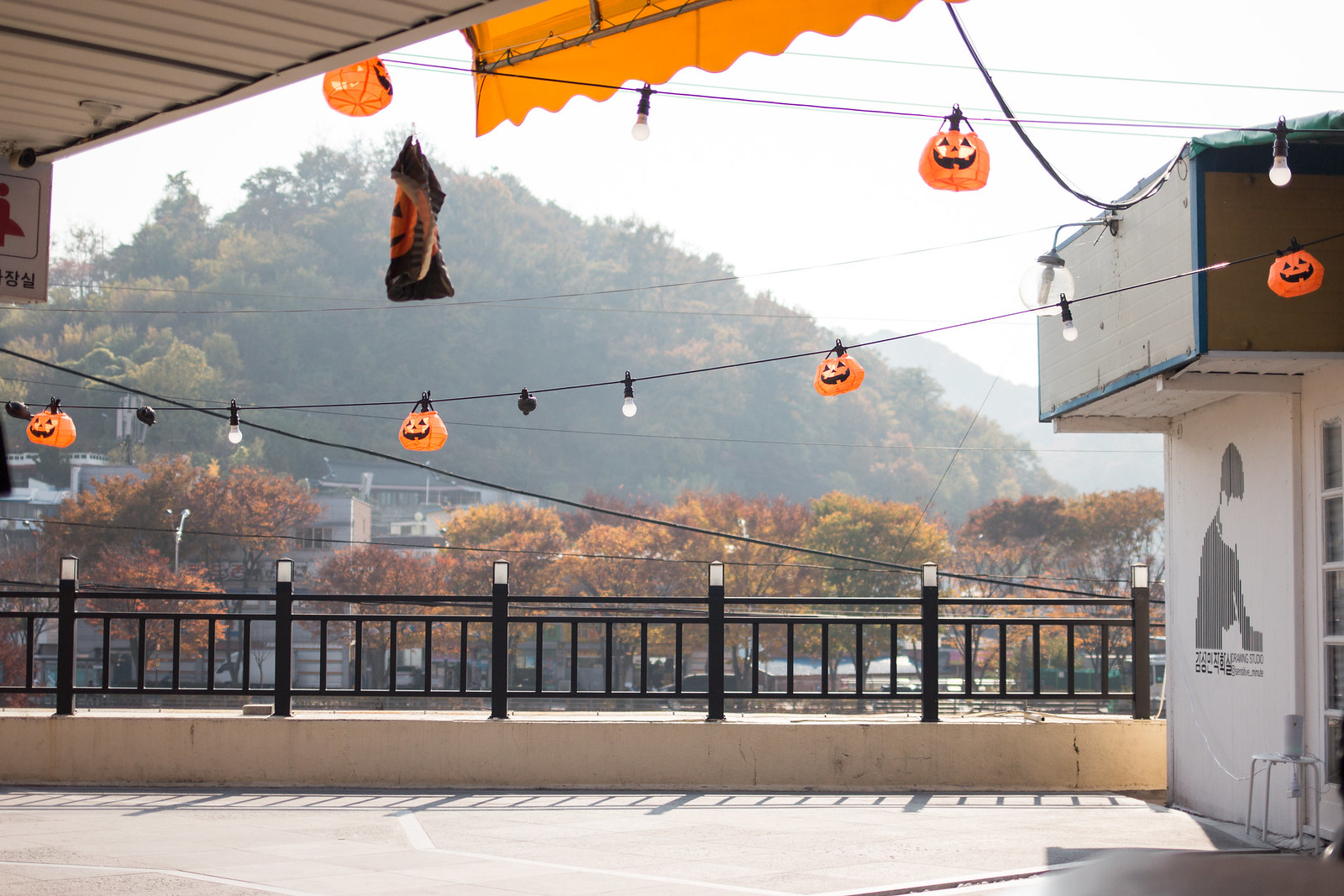 The second floor of Nambu Market is a youth mall featuring independent stalls established by youths who aspire to be entrepreneurs and business operators. I tried the pancakes, French toast and wine at a small café called 리리88, and was surprised by the affordable prices and homely taste of their brunch items. 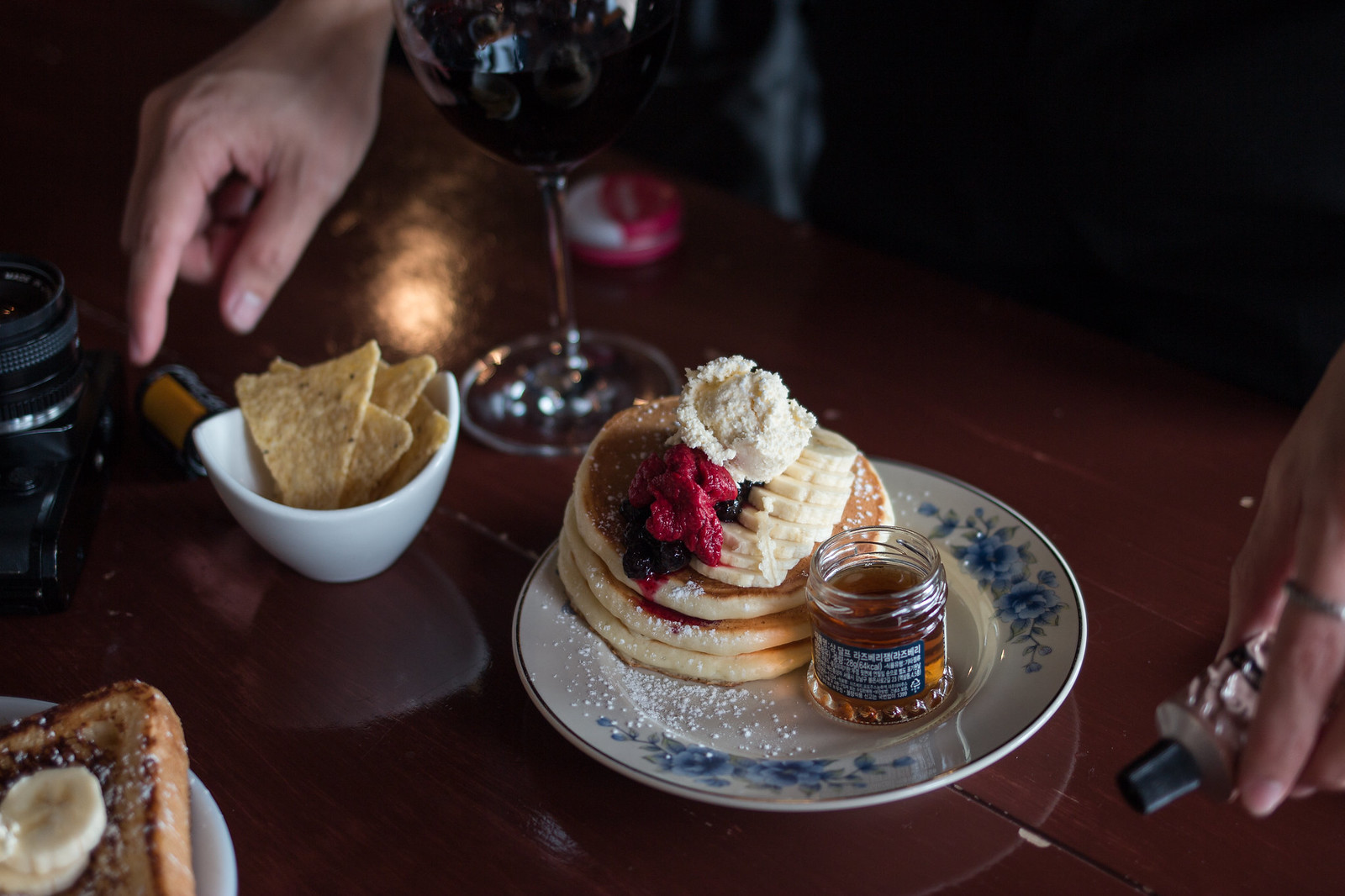 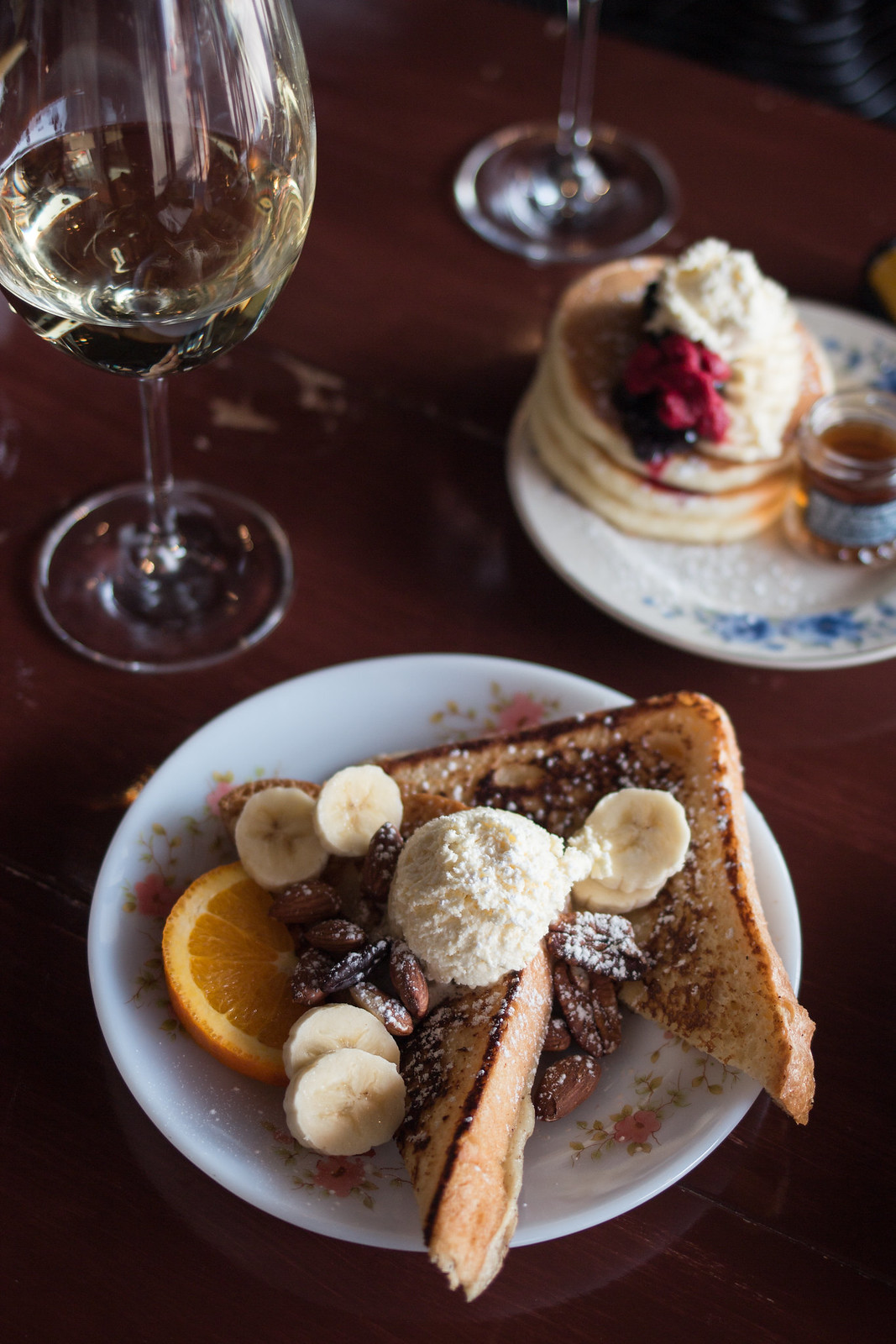 Having spent that short weekend in Jeonju, I could see why the number of visitors saw an exponential increase since the 2000s. The slow city comprehensively showcases traditional Korea, with a focus on the history of the Joseon dynasty, as well as various sights and food that can be hard to find elsewhere.

One thought on “Jeonju in Fall”