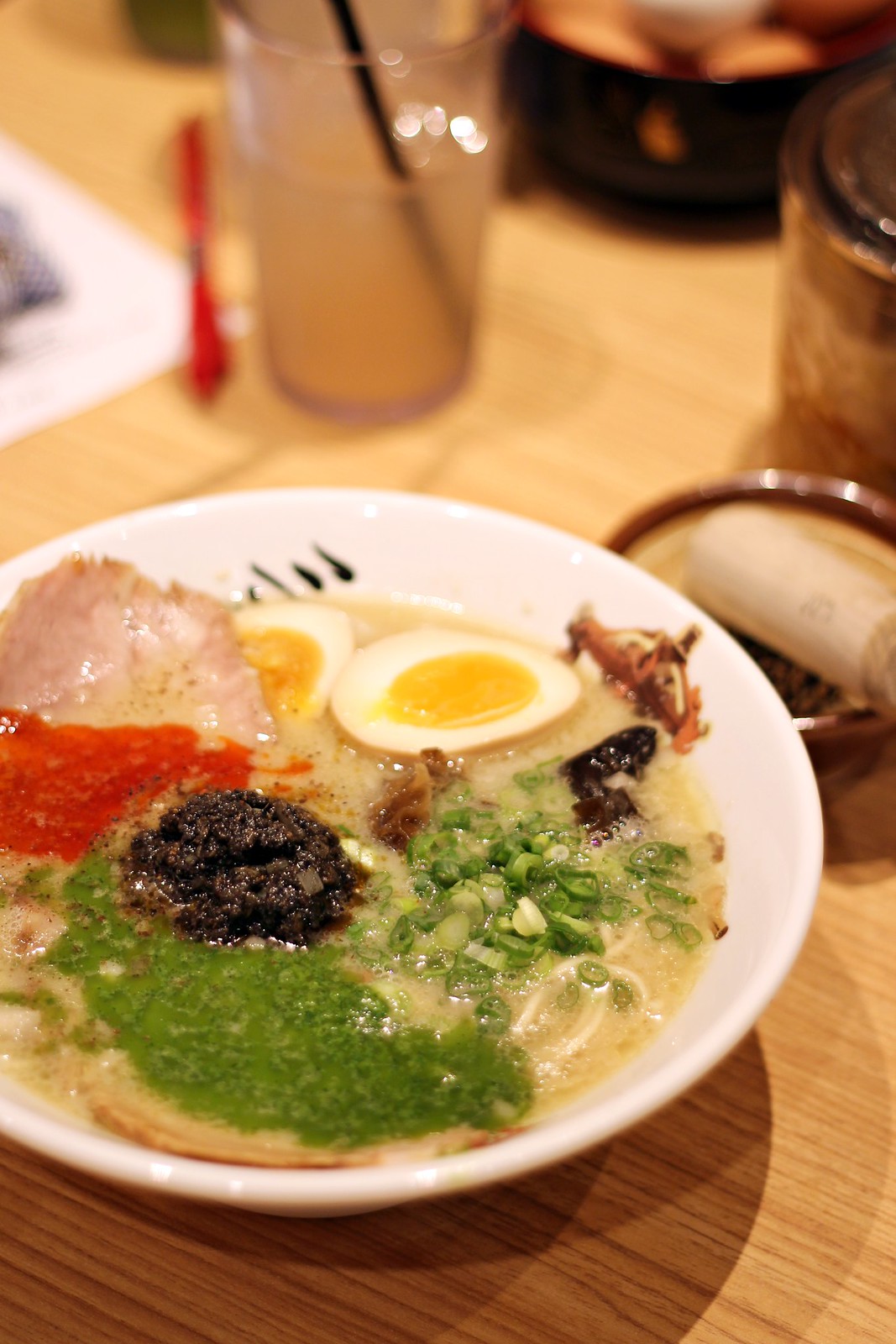 Easties can now rejoice. New on the list of restaurants in Singapore is one week old Tonkotsu King Matsuri – the sixth (wow) outlet of Ramen Keisuke. Instead of the usual, more centralized locations, Matsuri is settled at the basement of Parkway Parade. Matsuris are essentially Japanese festivals which the Japanese hold close to their hearts. Represented by elaborate parades, fireworks and floats, these festivals will now serve as inspiration behind  Tonkotsu King Matsuri. I realized soon afterwards that the different ramen here are named after different festivals! 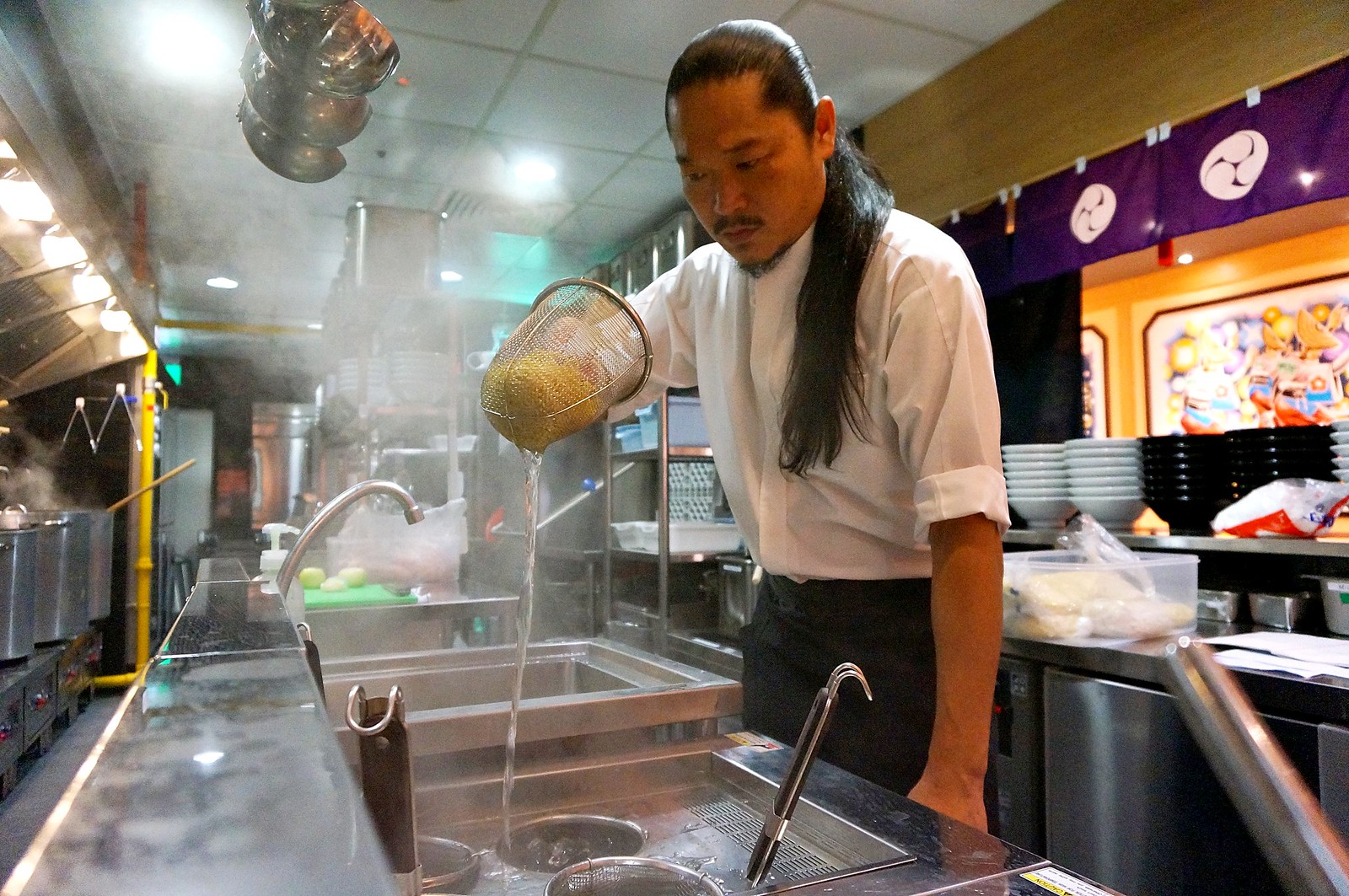 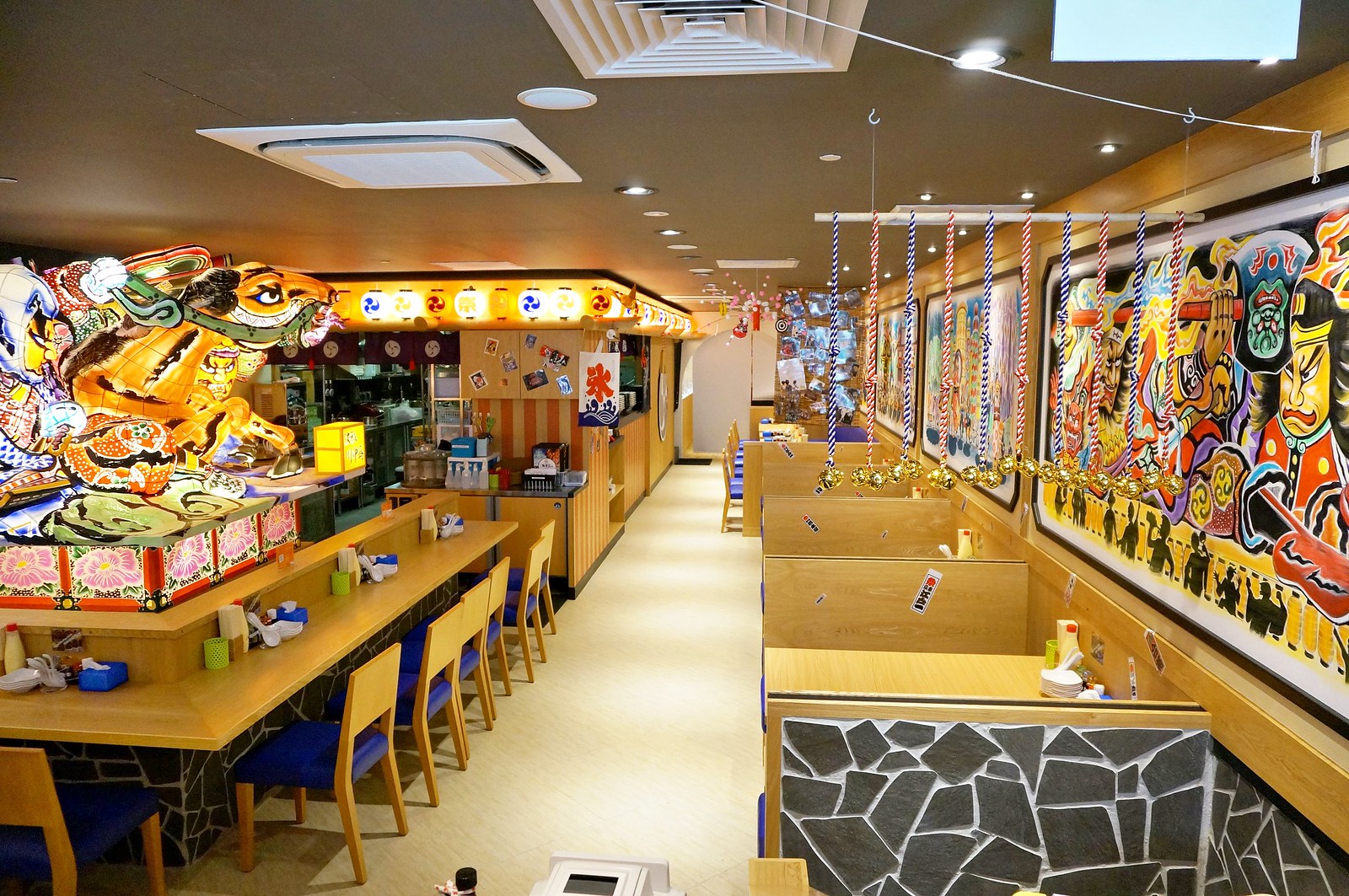 We started out with some side dishes that evening. If you haven’t visited Keisuke’s fifth outlet Gyoza King at Orchid Hotel, fret not. Gyoza ($3 for 3 pieces) is available here as a side dish (they are main courses at Gyoza King) and is made with the same recipe as that from Gyoza King. They are folded by hand over here! At the same time I was also introduced to the two carbonated drinks found only at Keisuke outlets – wasabi ginger ale and green tea cola. Soft drinks will never be the same again. 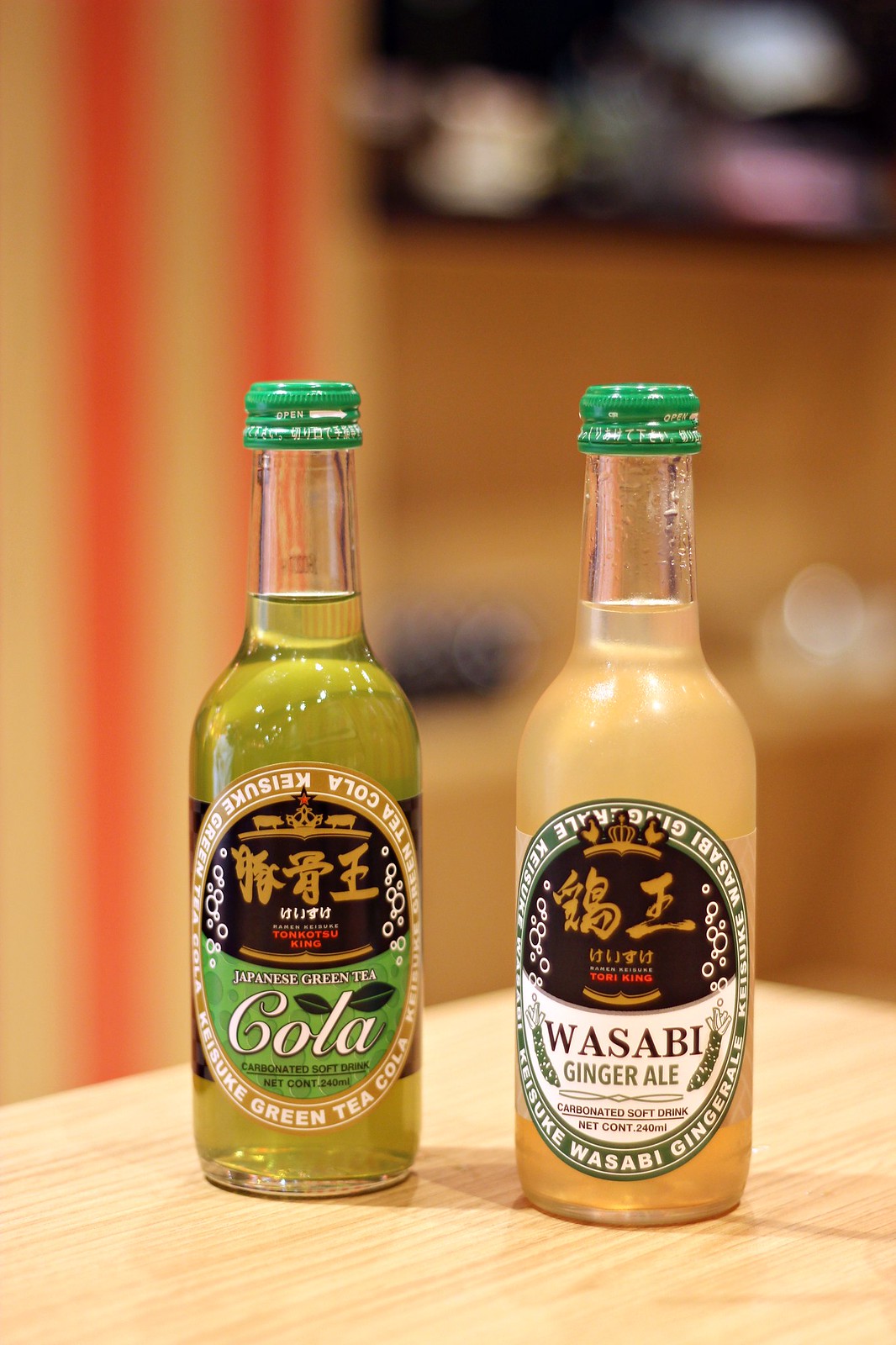 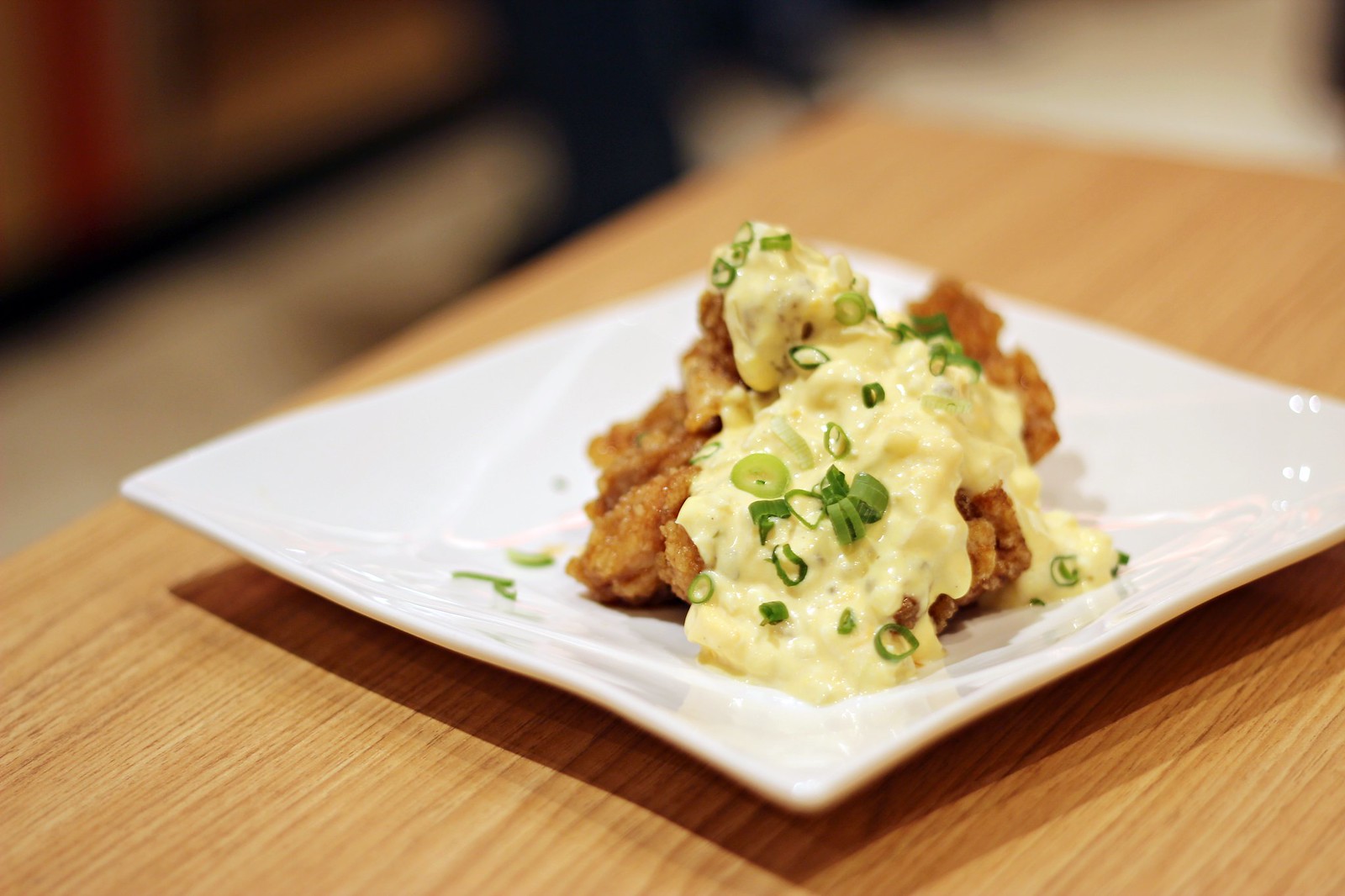 Another side dish highly recommended to me was the Chicken Nanban with Tartar Sauce ($9), so I certainly had that. Slathered on pieces of crispy fried chicken is Keisuke’s own version of tartar sauce – or so I prefer to describe it as a delectable egg mayo concoct which complemented the fried chicken pretty well. This should be the mandatory side dish to order. I didn’t have the capacity to taste another side dish, but the Matsuri Meshi rice bowl ($7), topped with a sunny-side-up, chashu cubes and tobiko roe dressed with a specially blended shoyu sounds promising too. 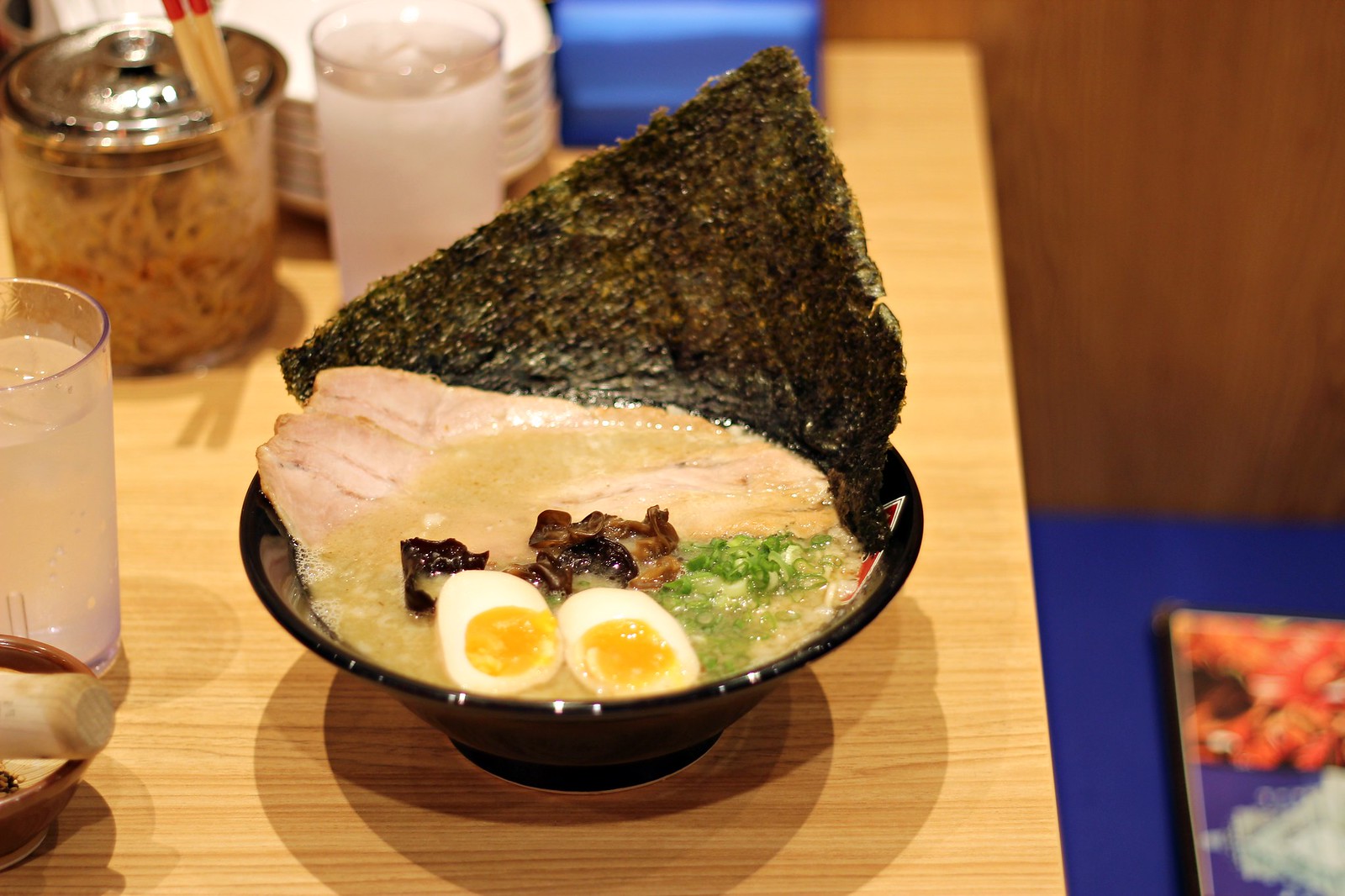 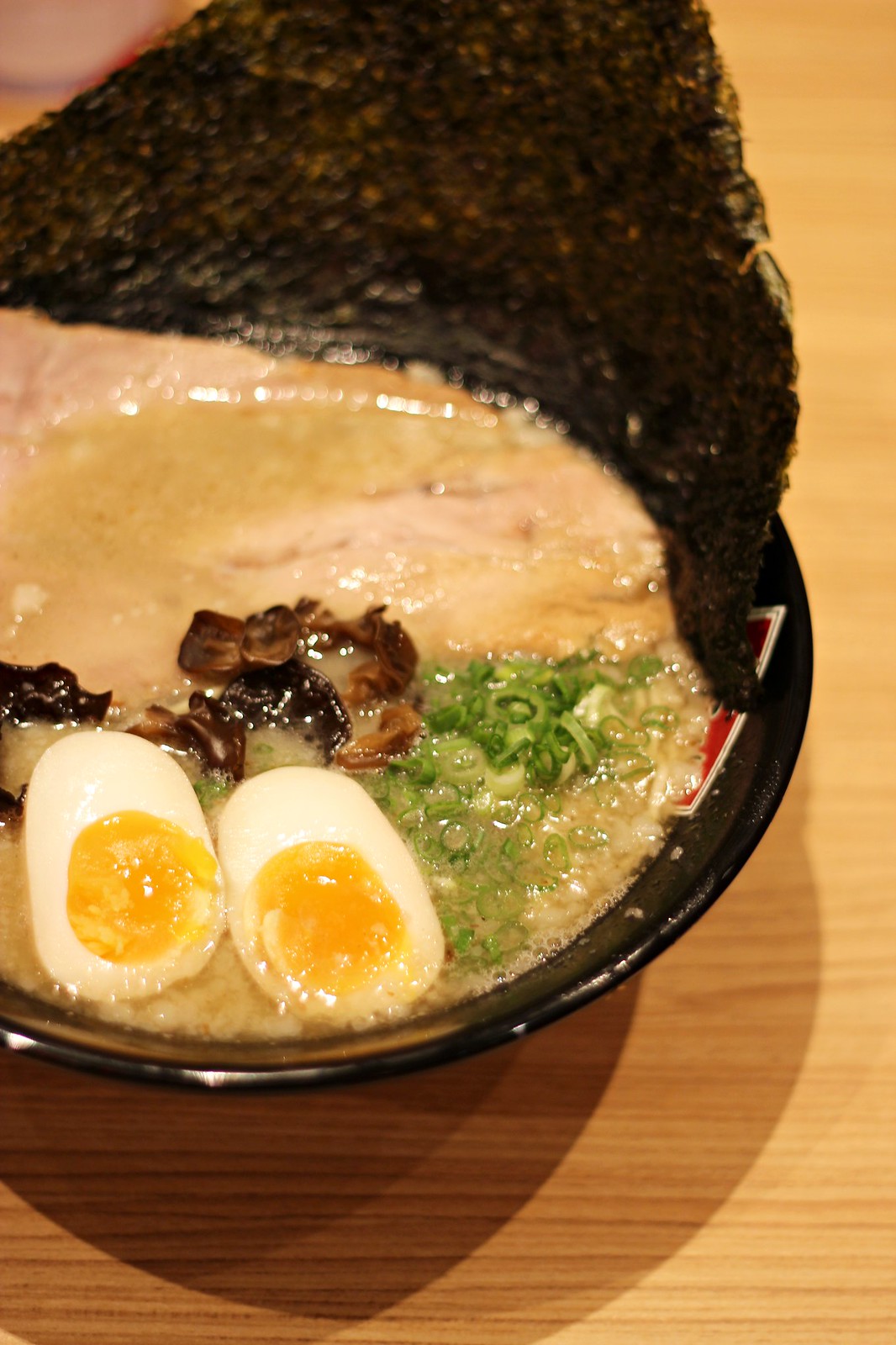 Tonkotsu Ramen Nebuta ($18.9 for special combo) is inspired by the Nebuta Matsuri festival held every August, which stages a parade of giant Nebuta lantern floats through the city’s main streets. The highlight for this ramen is the broth – made from a fusion of Tonkotsu and Niboshi broth. The Niboshi broth is special in that the stock is made of Japanese sardines which are particularly well known in Aomori. This gave rise to a rather pleasant savory broth with a touch of seafood flavors. 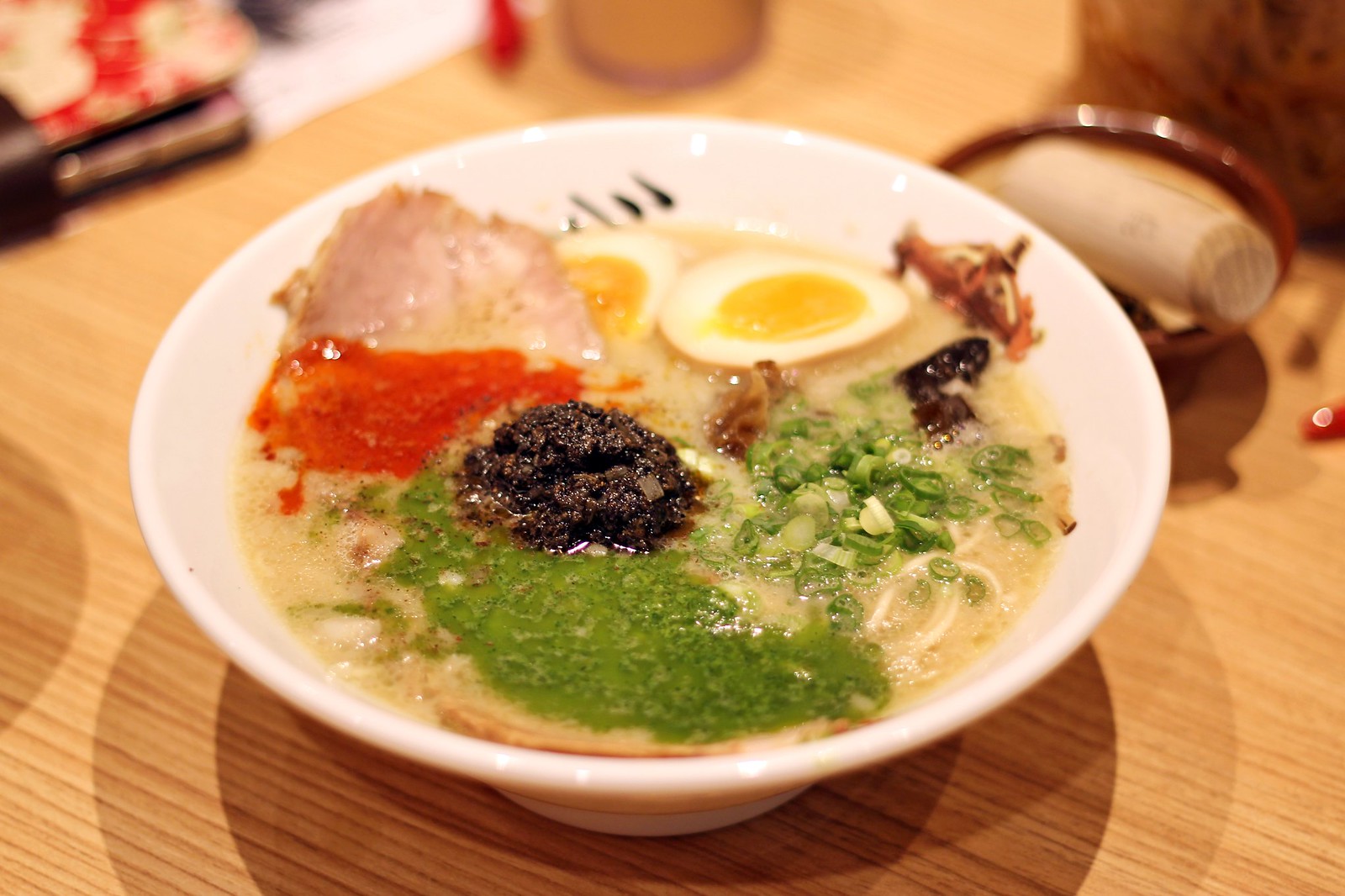 The Tonkotsu Ramen Sanjya ($18.9 for special combo) is probably my favorite bowl among the 4(!) we had that night. This one is especially for the spice lovers out there. Inspired by the Sanjya Matsuri – a festival held every May in Asakusa, the ramen features three different spices – red chili, green chili and the black one consisting of minced pork. Before devouring the ramen and spices all at once, taste each one with a spoonful of broth – each one gives a different spice profile. Then mix all of them together and taste the powerful punch packed in by all of the spices. I love how each spoonful tasted slightly different from the previous, thus the element of surprise. 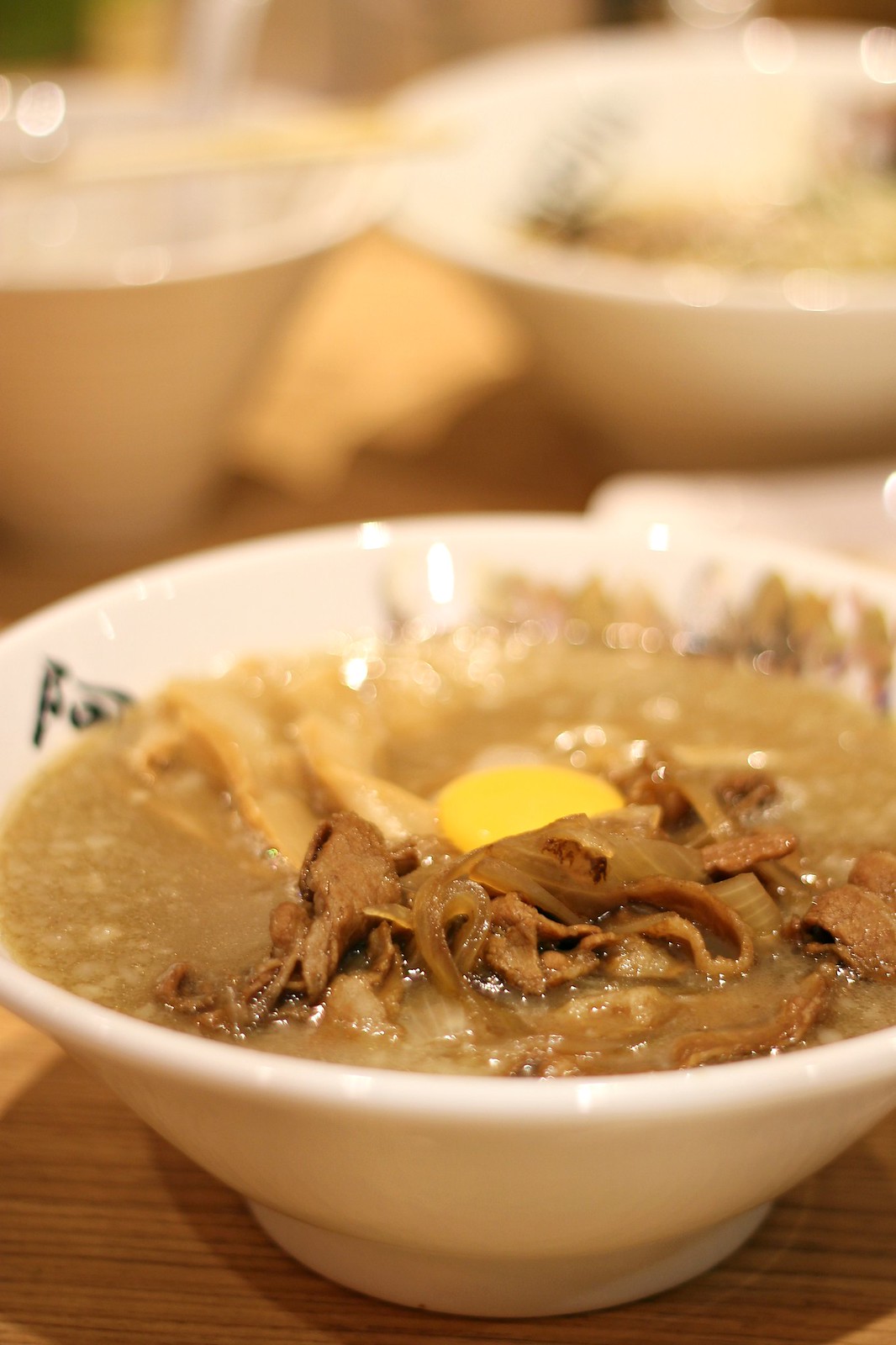 Taking center stage in this bowl of Tonkotsu Ramen Awaodori ($18.9 for special combo) is Chef Keisuke’s secret recipe pork sukiyaki and a raw egg topped on tonkotsu ramen. As a result of the sukiyaki, the broth turned out sweeter than expected as well. The Awaodori Ramen pays homage to the Awaodori festival held in the Tokushima Prefecture every August, well-known for the dancing that thousands of people take part in on the streets. 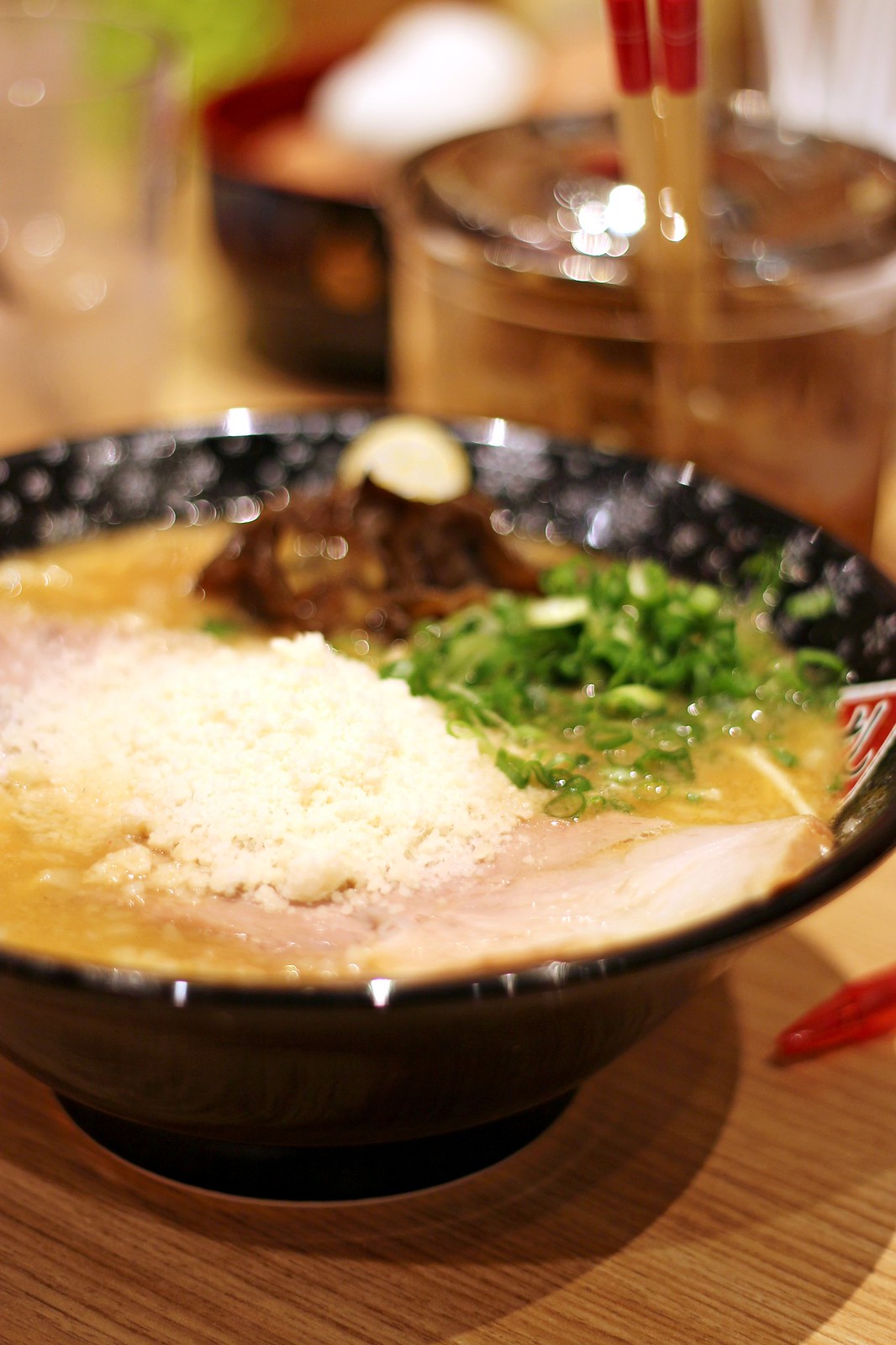 Having tried a similar version from Tonkotsu Four Seasons, I was pretty excited to try the Tonkotsu Ramen Yukimatsuri ($18.9 for special combo), whose name came from the Yuki Matsuri held every February in Sapporo in Hokkaido, during which snow and ice sculptures adorn the wintry city streets. The broth combines a tonkotsu broth with miso stock and is topped by a dollop of parmesan cheese powder. This might be a tad heavy on the palate for some but I reckon if you like cheese and a slightly creamier broth, it would be great. 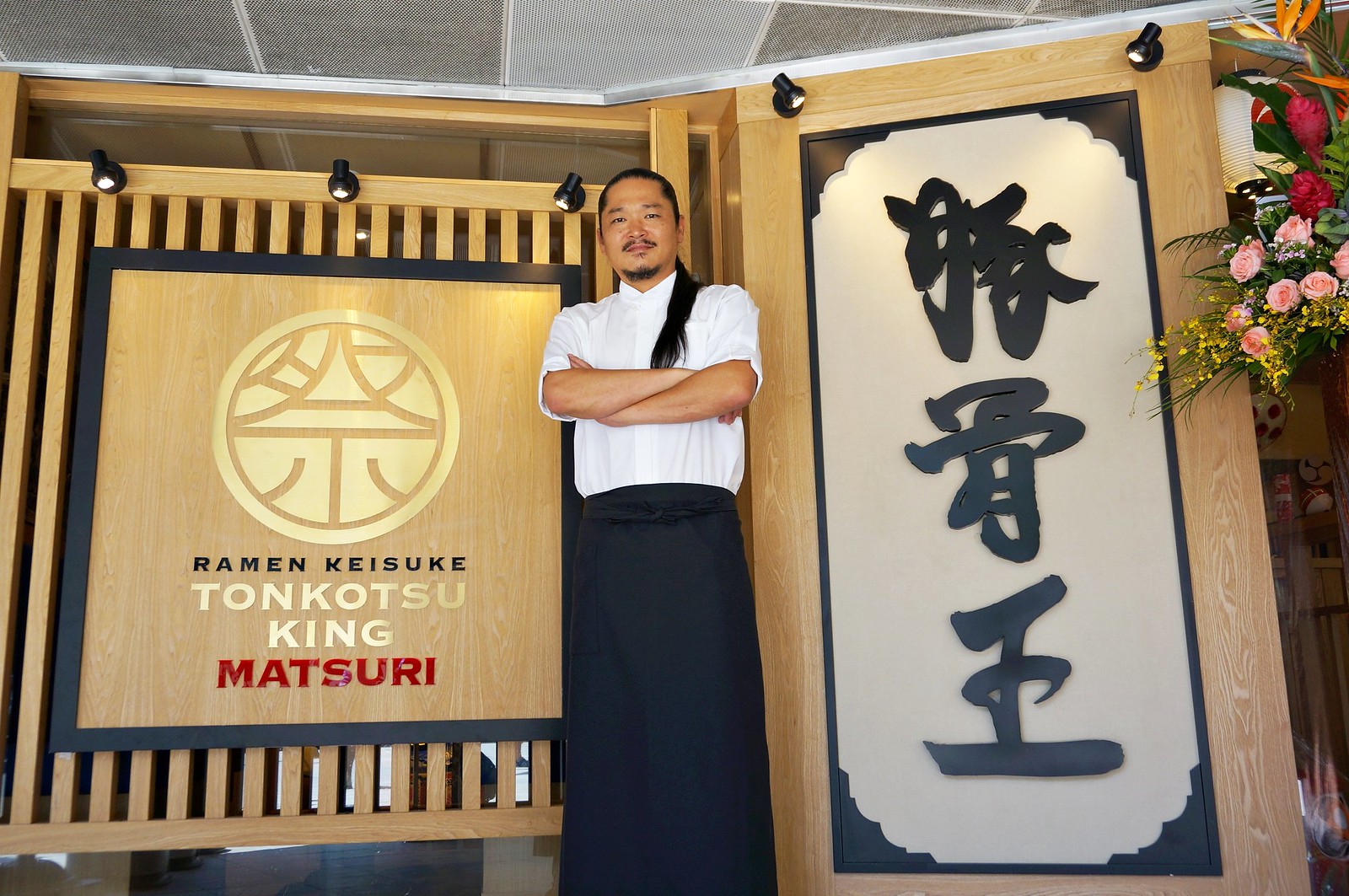 As a fan of Ramen Keisuke, I never fail to shower each branch with praises. From the first to the sixth, every outlet has its own concept and I like how even the ramen is unique to each outlet. Quickly head down to Matsuri before the queues start to snake just like those at a typical Ramen Keisuke restaurant.

This was a media invitation – thanks Tecks!