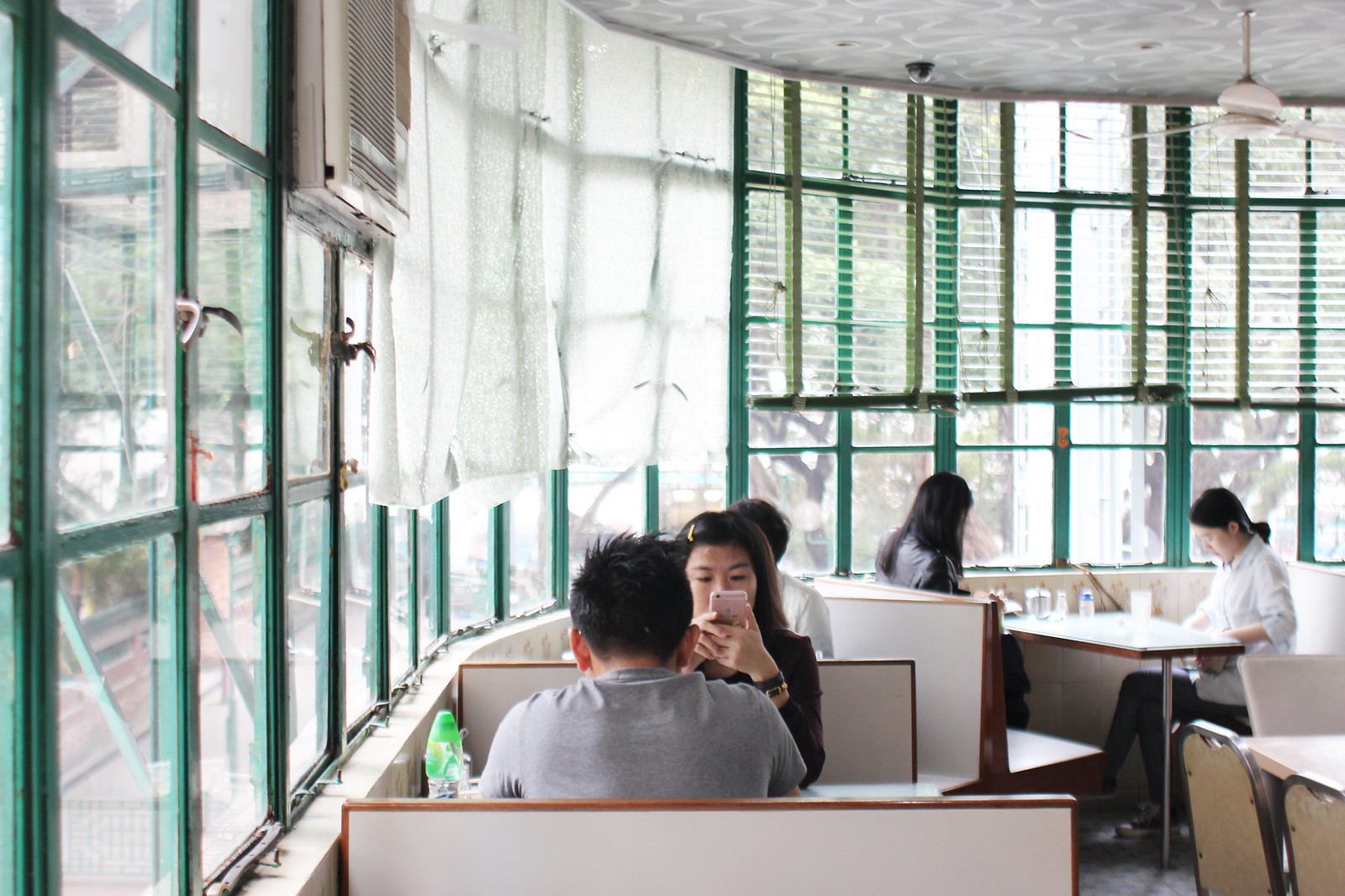 Upon the thought of cha chaan tengs in Hong Kong, Mido Cafe (美都餐室) would be the first to pop up in my mind. This two-storey cafe is located on a relatively quiet street in Yau Ma Tei, a stone throw away from the MTR station. The cafe is full of nostalgia, and it feels as if you’ve been transported back to the traditional coffee shop days. A tiny flight of stairs leads the way up to the second floor which is usually crowded and abuzz with small talks. 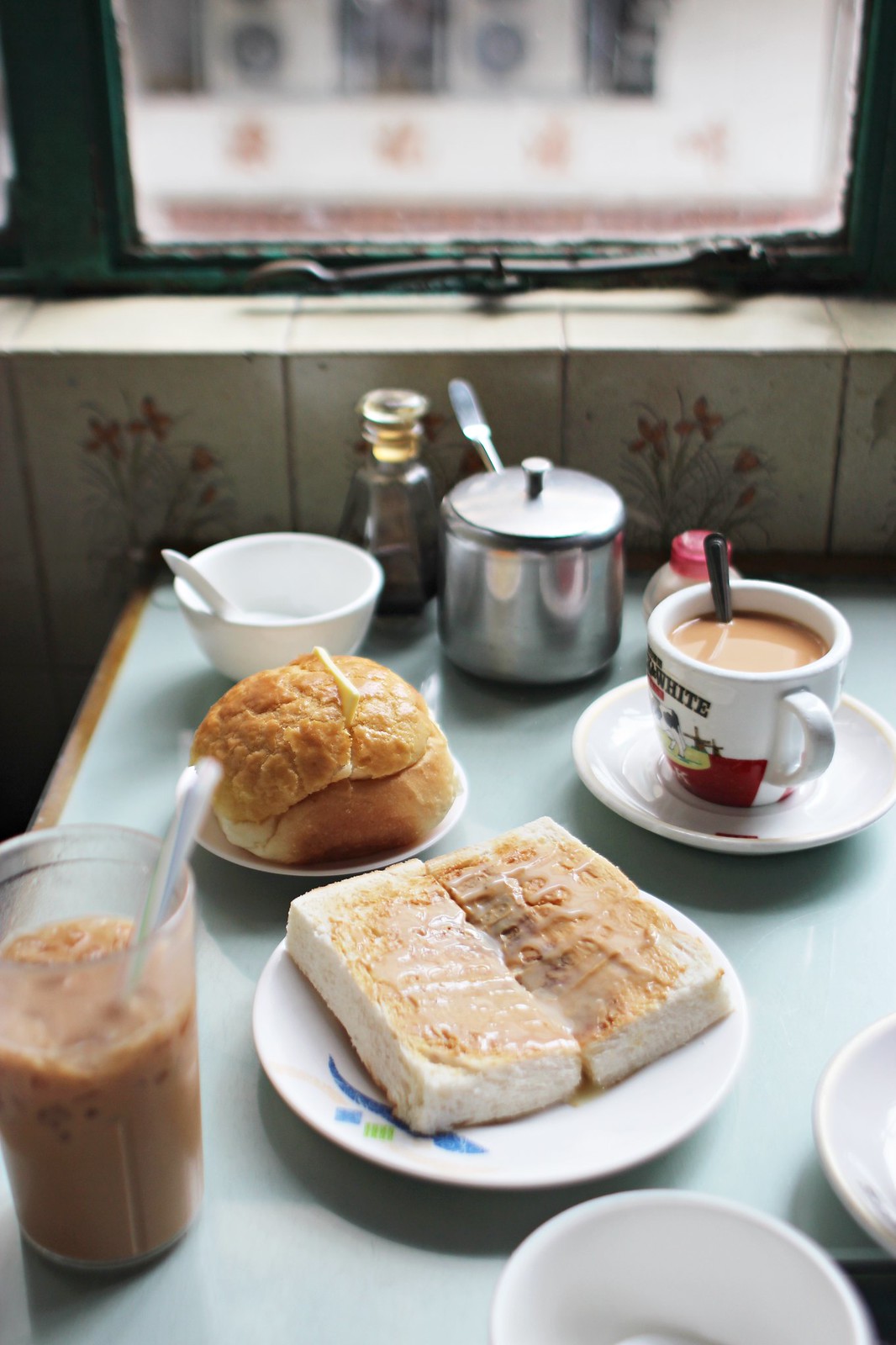 Just like other cha chaan tengs, the menu here boasts a wide variety of dishes ranging from simple breakfast items such as toasts, sandwiches and macaroni to dinner items like rice and mixed grill. Despite growing up in an Asian city with a Chinese majority, I’ve almost never had such food for breakfast. And so I ended up relishing every moment of my breakfasts in HK. We have never had a bad Almond milk (HKD$15/SGD$2.70 for hot, HKD$17/SGD$3.10 for cold) or Milk tea (HKD$15/SGD$2.70 for hot, HKD$17/SGD$3.10 for cold) in Hong Kong, so I guess it is alright to skip that daily cup of joe and go for them instead. Apparently the Yuan Yang – a mix of coffee and tea (HKD$15/SGD$2.70 for hot, HKD$17/SGD$3.10 for cold) is good here as well (didn’t get to try it though). 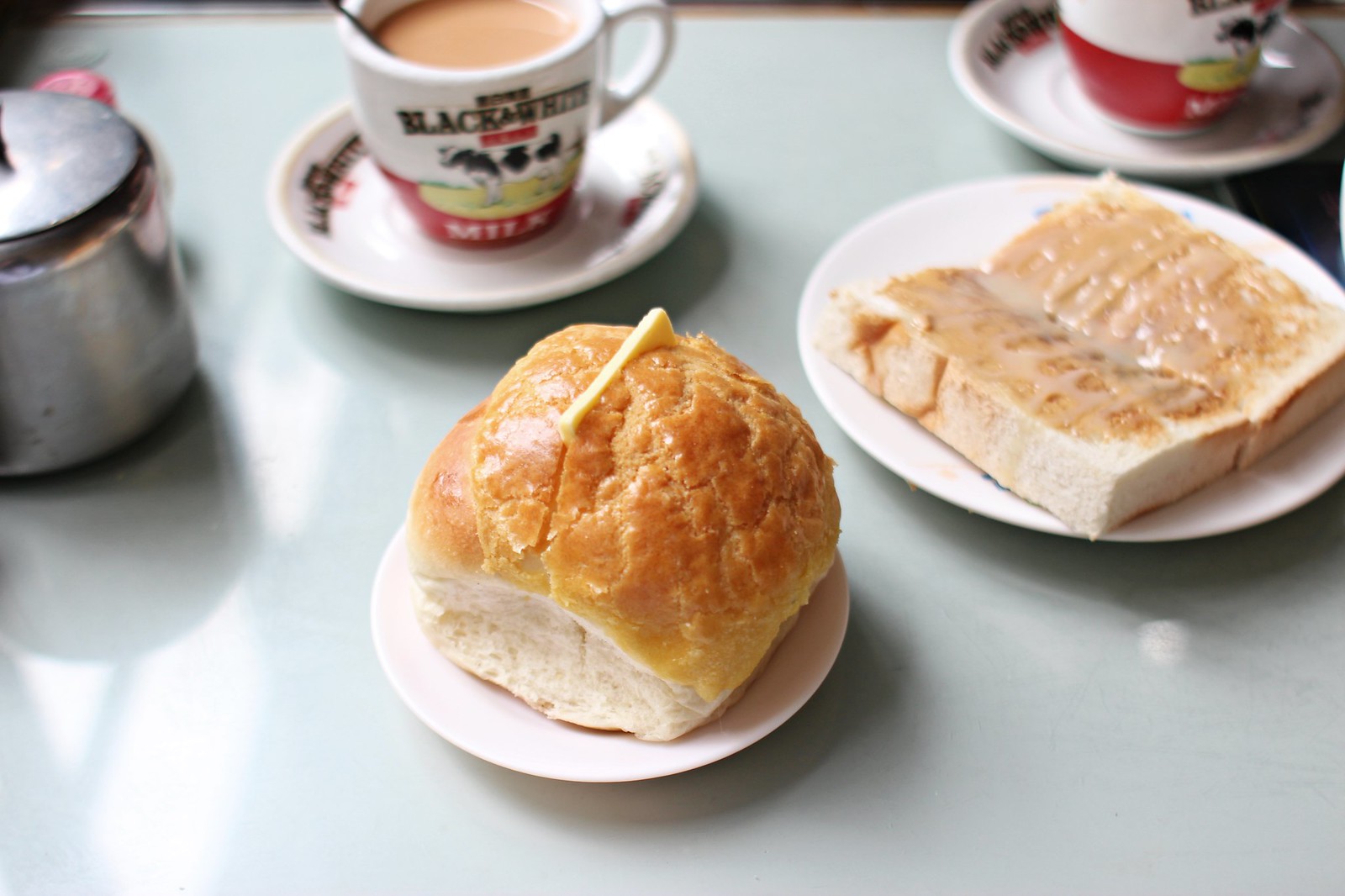 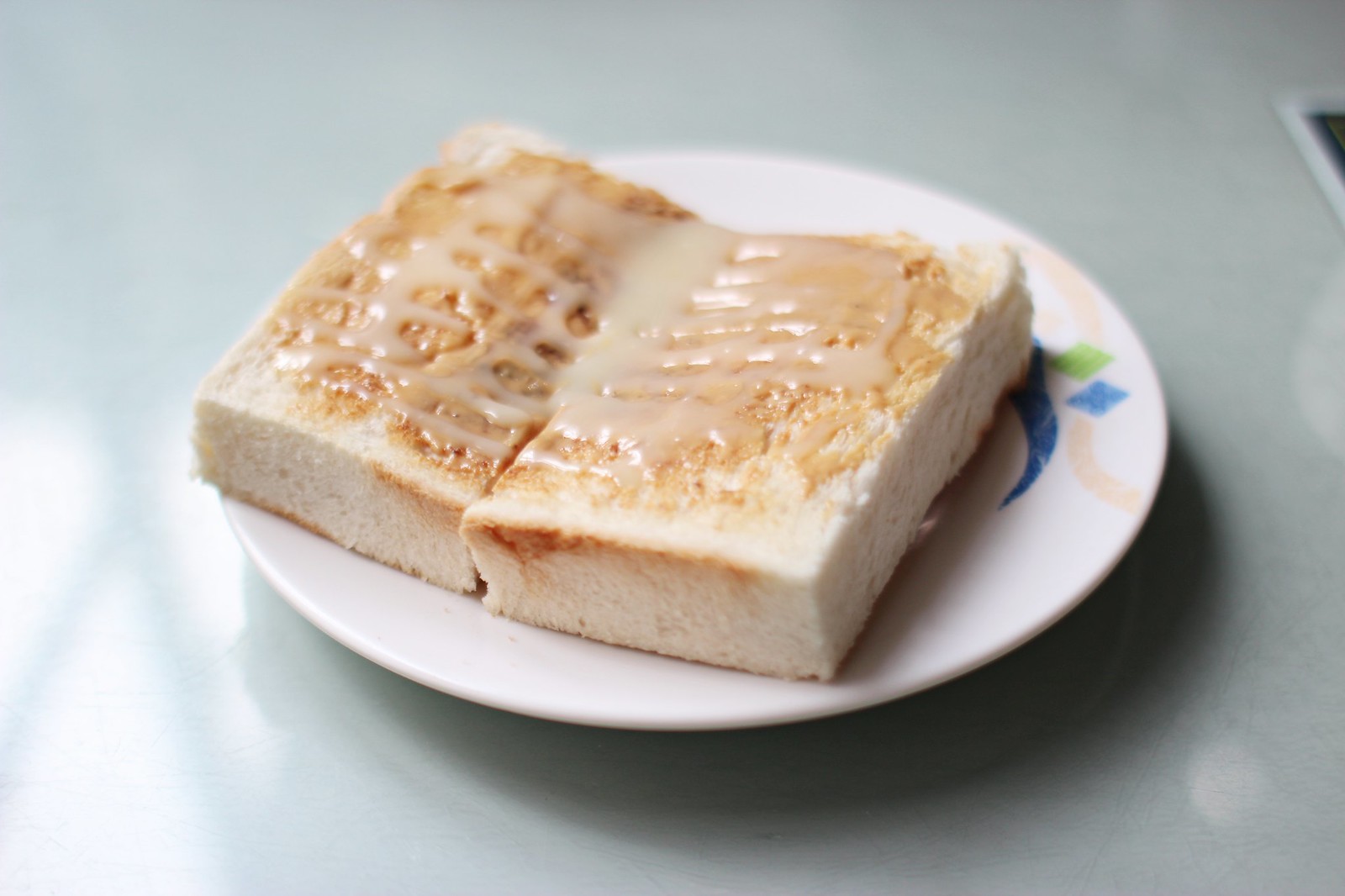 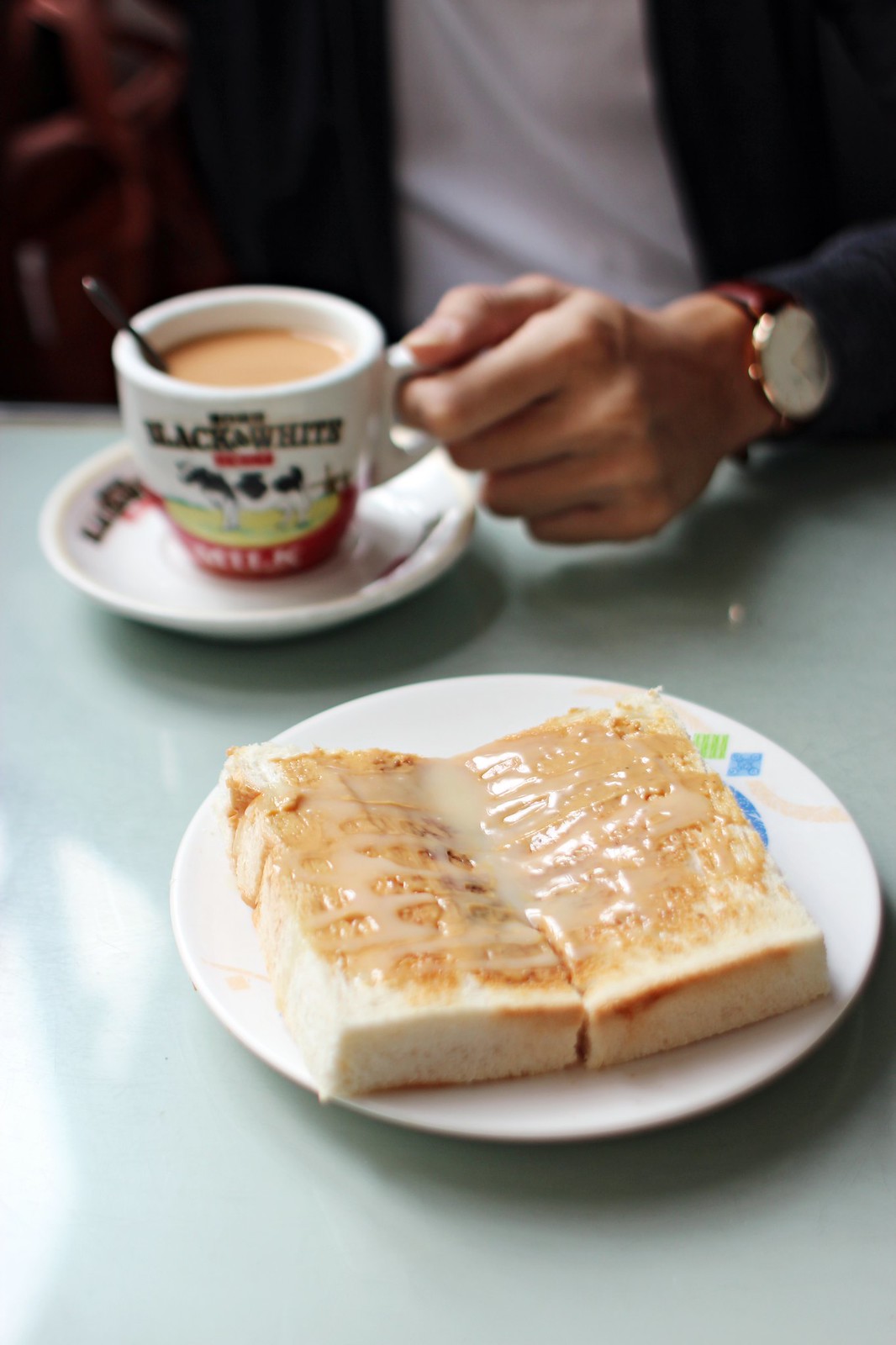 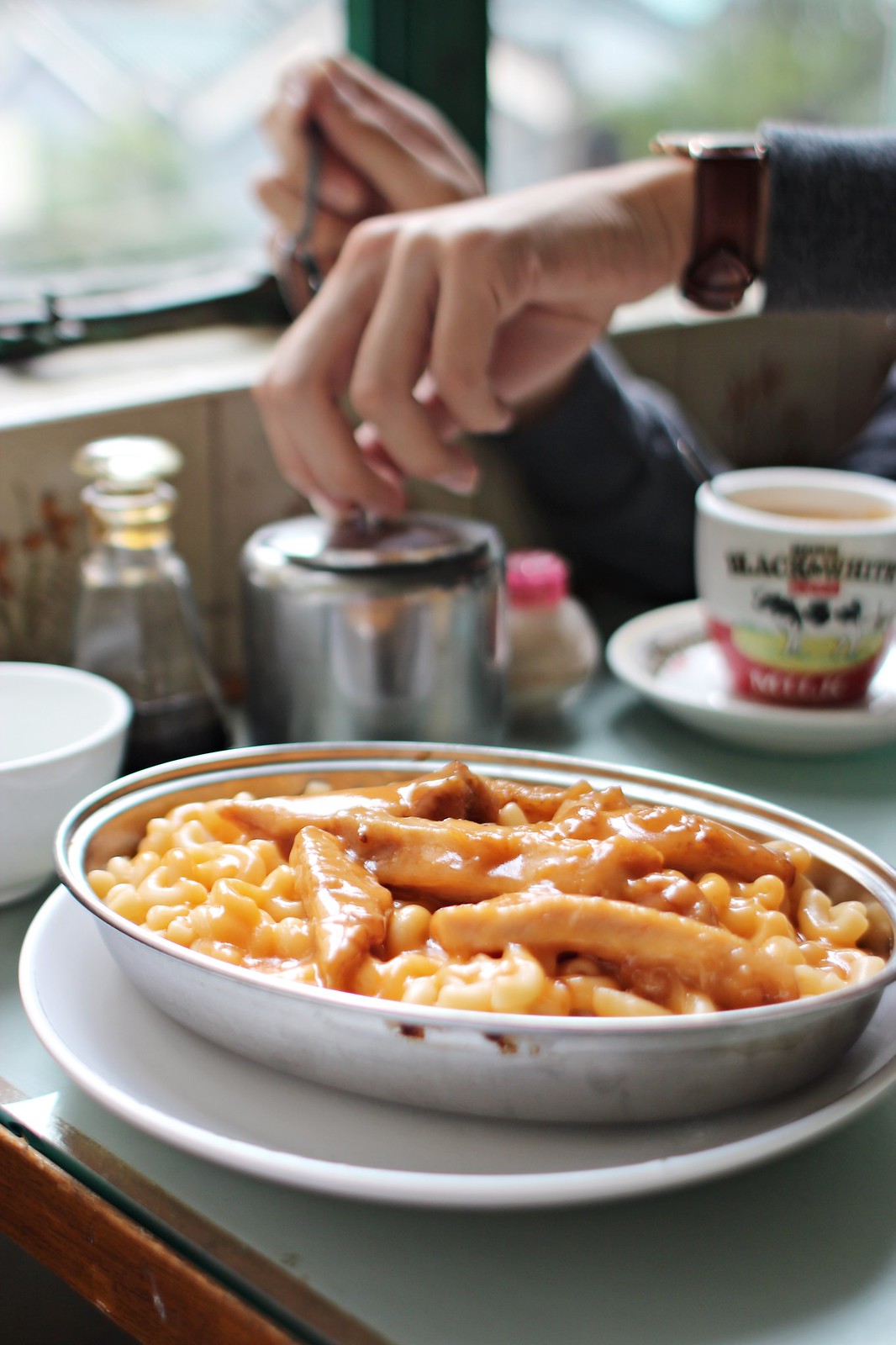 On that chilly morning in Mido Cafe, the Pork chop and macaroni in tomato sauce (HKD$60/SGD$10.90) was true comfort food. It was served warm in a creamy tomato base which was neither too salty nor heavy on the palate. Despite the large serving portion, we didn’t get sick of it. The pork was sufficiently tender as well. Having tried the Ham with macaroni in broth (HKD$30) on my previous visit, I can say that the macaroni in tomato sauce is very much more worthy of a try.

So grab that table by the window and enjoy the authentic cha chaan teng experience. It makes a perfect break away from the usual western brunch suspects, away from the hustle of fast-paced, metropolitan life. 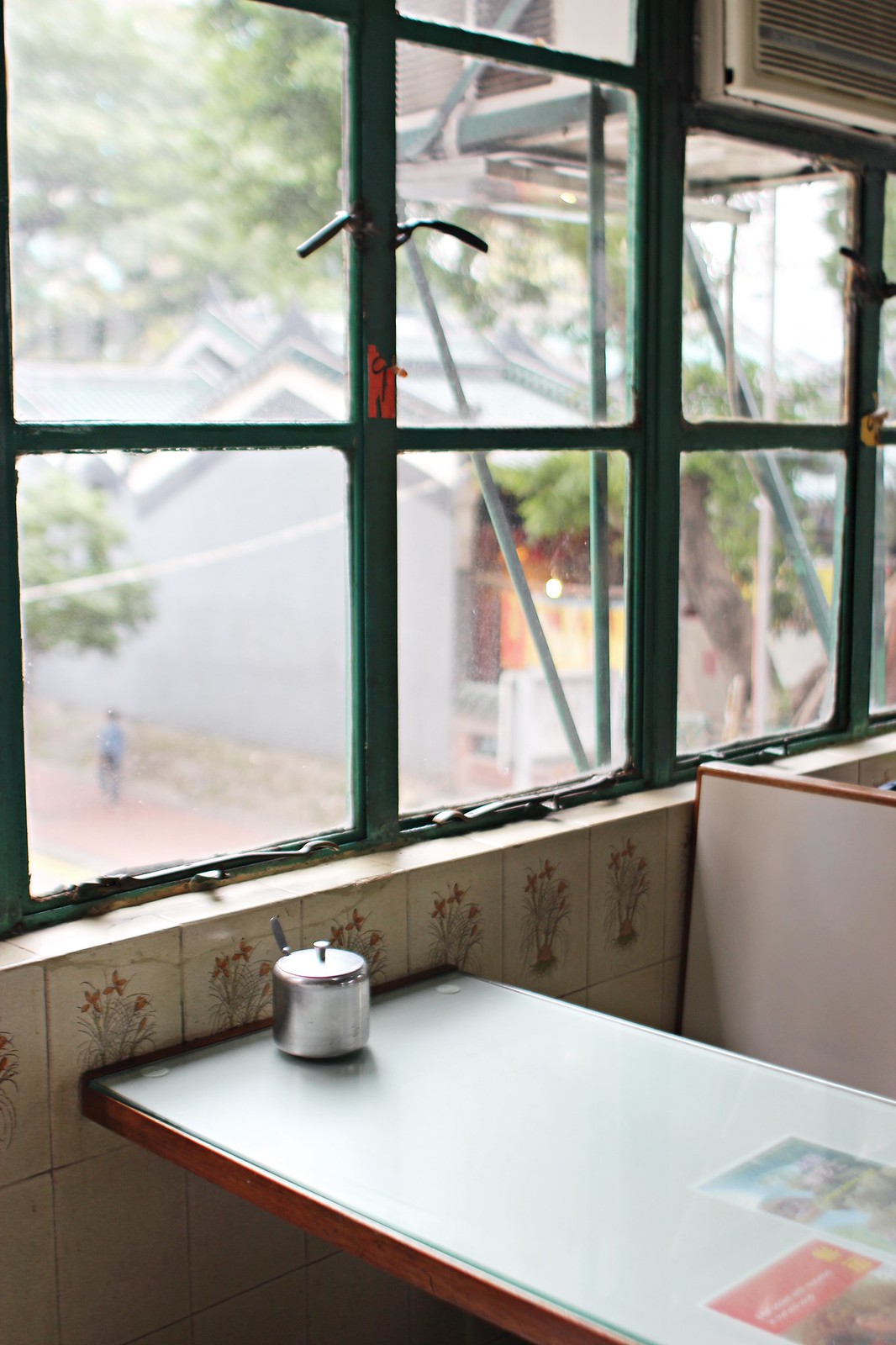 Leave a Reply to Hong Kong 2015 – Where I Ate | Foodography: A Singapore Food Blog Cancel reply