5 Places I visited in Gangneung 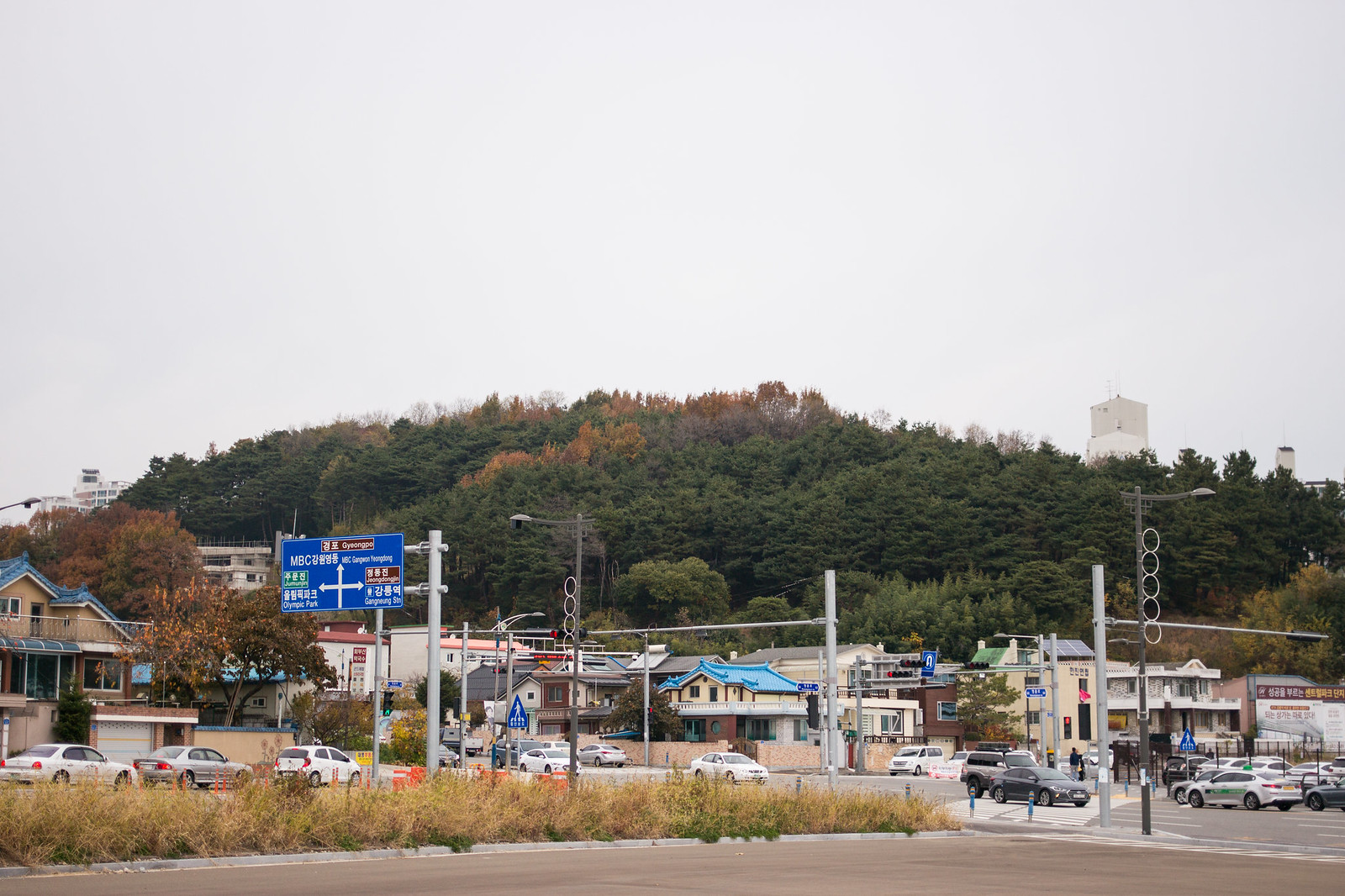 This short trip to the coastal city of Gangwon-do was an impromptu decision made just a week in advance, and it was really impromptu for someone like me who likes to have ample time to plan trips ahead. 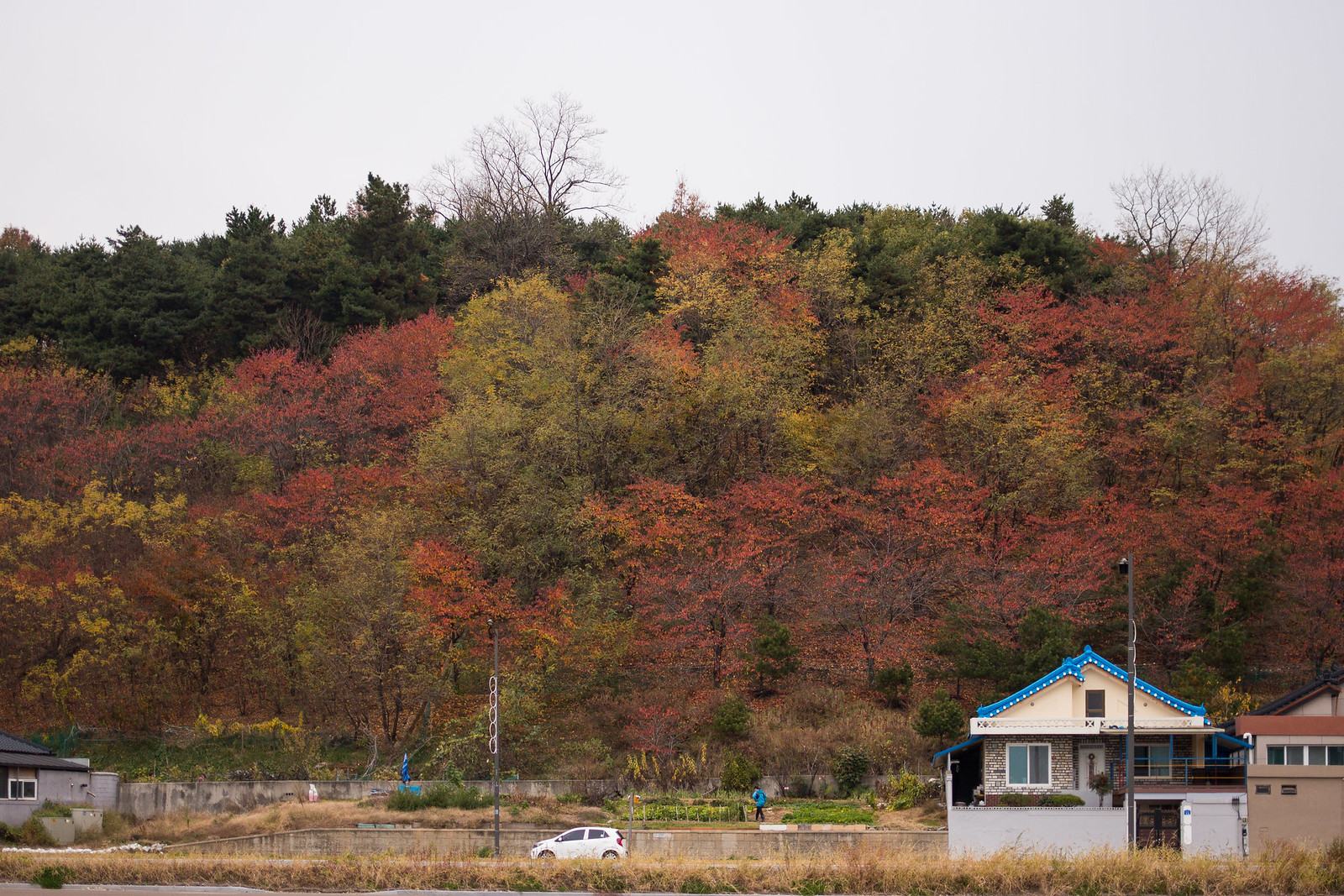 We arrived at night in a city, oddly quiet right from the radius of the KTX station itself. The walk to our AirBnB apartment (link here) opposite the station was slightly eerie with dimly lit paths and no one in sight – I couldn’t imagine if I had to be alone then. Thankfully, we arrived to a small but clean, cosy and warm (especially with the ondol floor) apartment that we liked immediately. I had a pretty good 2 nights of sleep despite sleeping on a floor mattress. 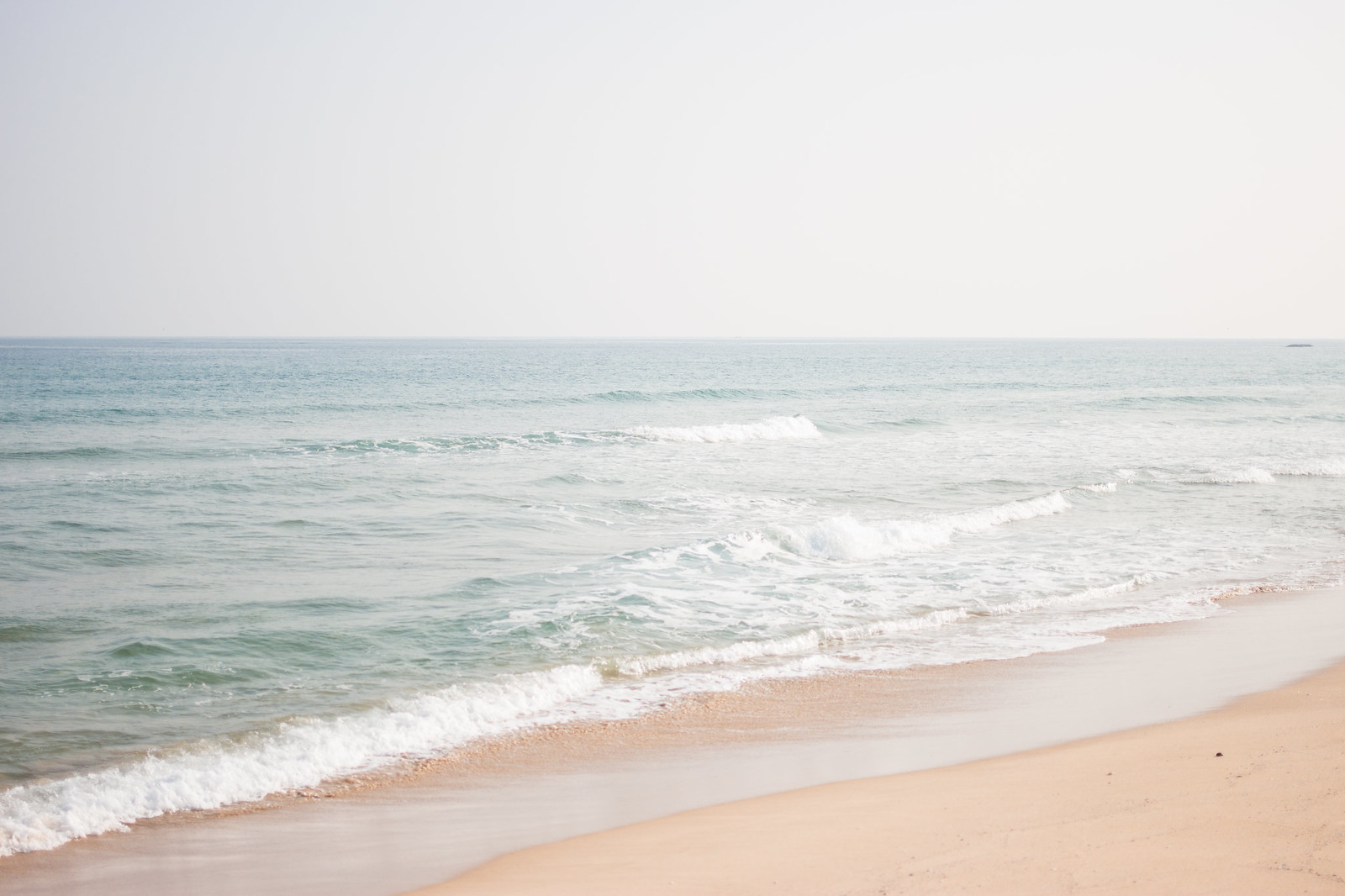 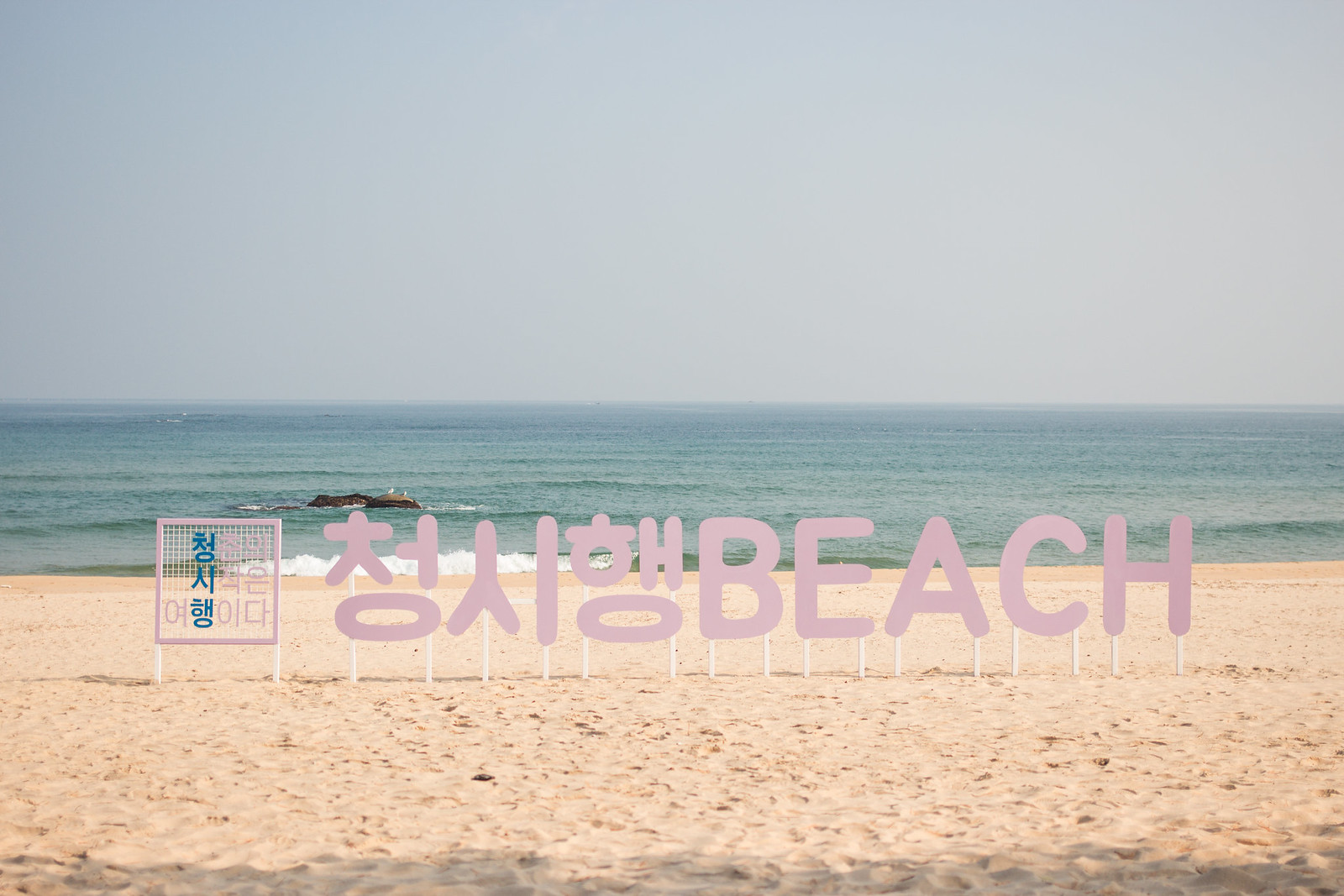 Early in the morning, we headed out to our furthest destination on our roughly planned itinerary – Jumunjin Beach. From Gangneung KTX station, the ride by a public bus took about 45mins and we arrived at a near empty beach that morning. 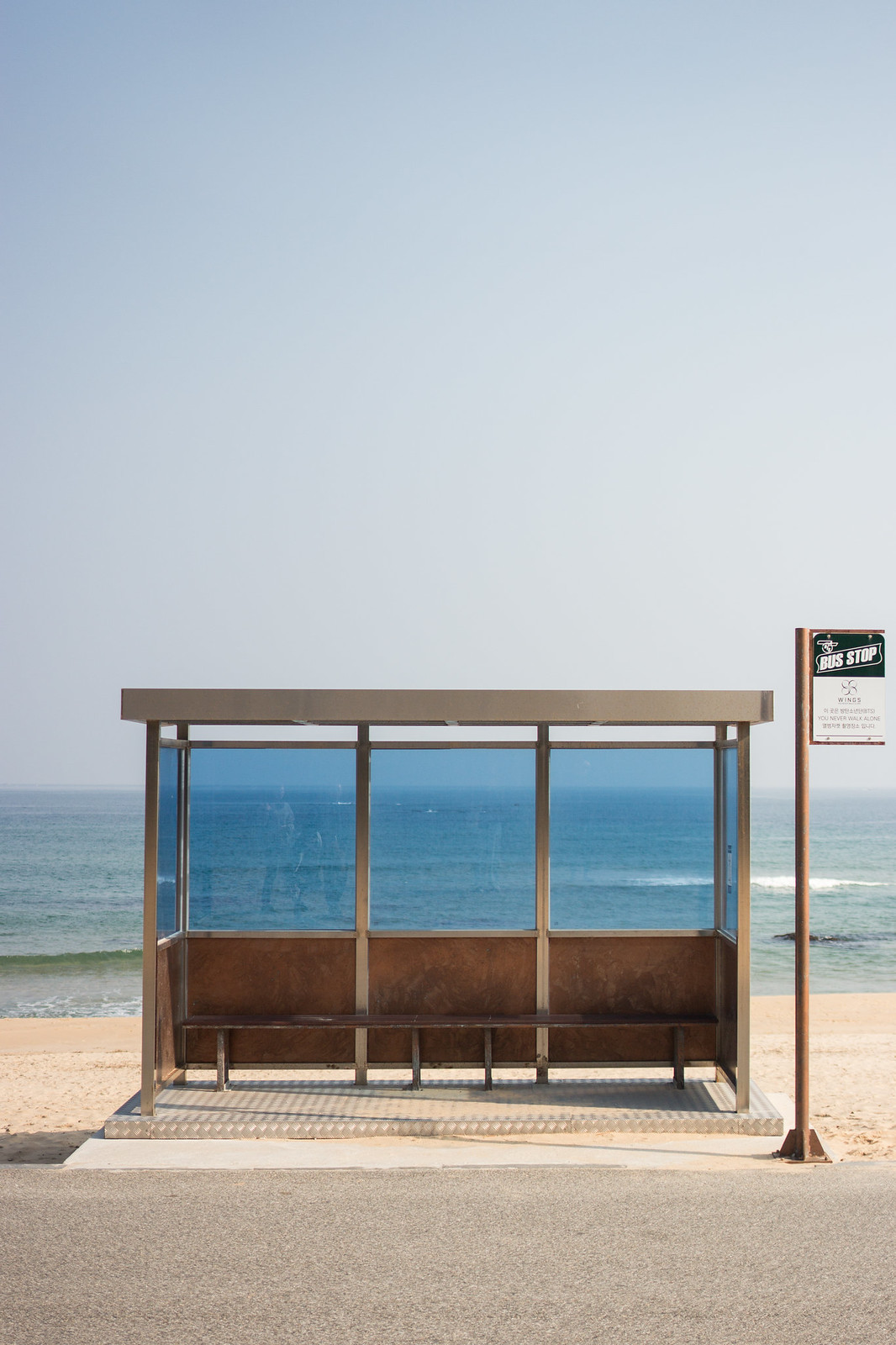 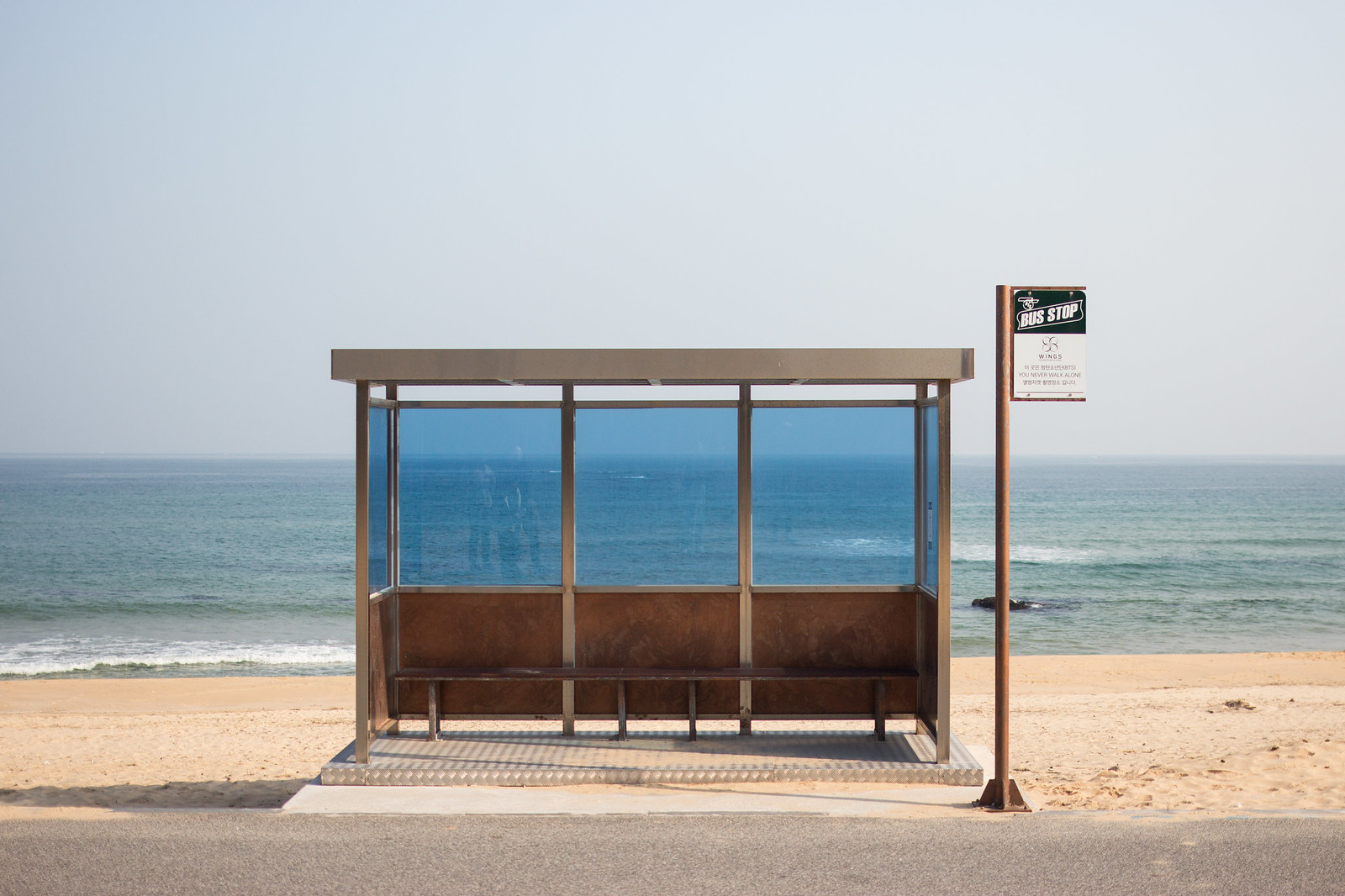 While we were there, we also took a mandatory shot at the BTS Bus Stop (not an ARMY, but I have been listening to their music since I started listening to kpop). 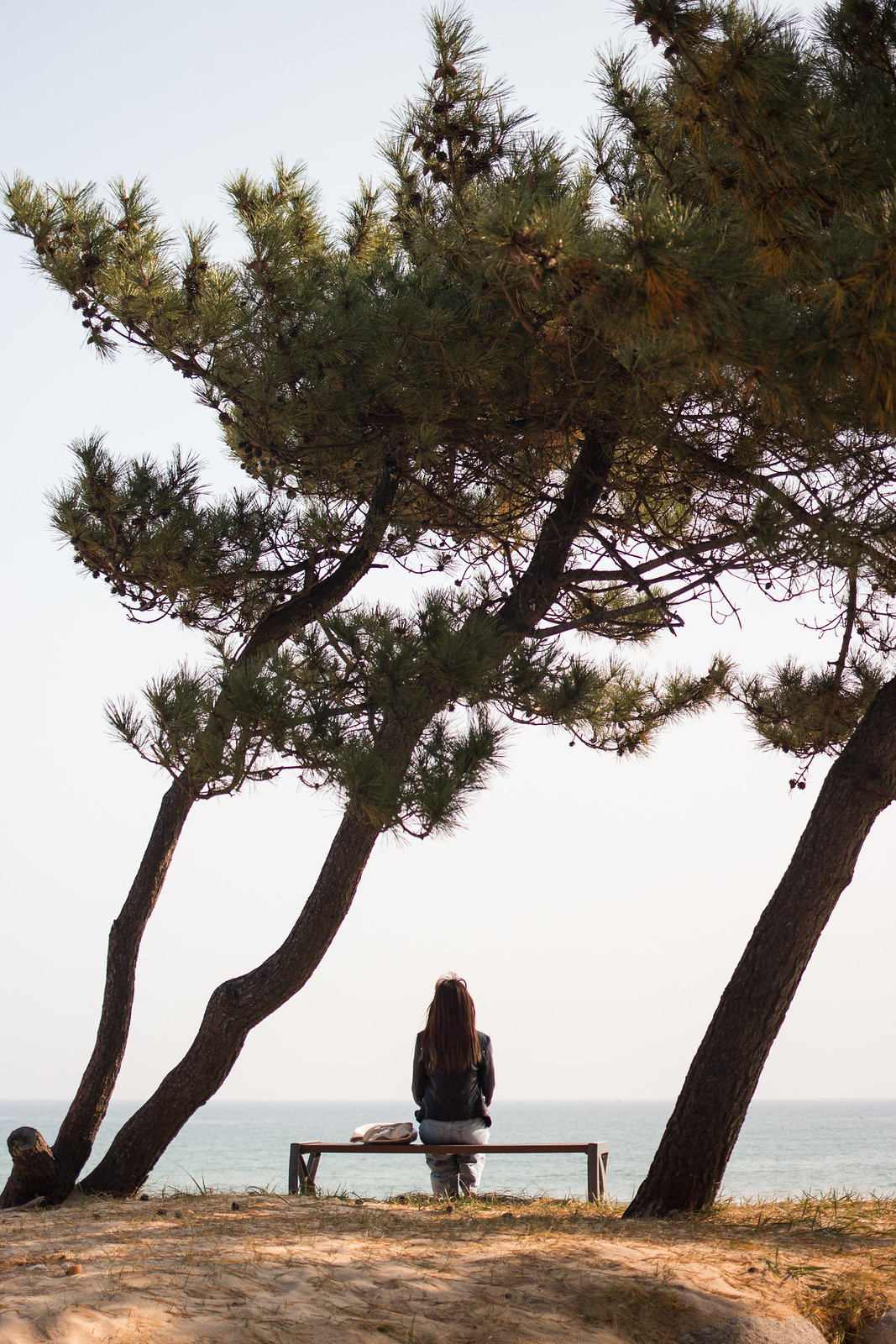 Our next stop, Jumunjin Breakwater, was a tricky one to get to from Jumunjin Beach due to the odd intervals bus arrival times. Eventually, we gave up waiting for the bus and took one hour on foot to arrive at the breakwater. It was a decision we half-regretted – the walk along the coast was soothing initially until our weak bodies started to feel the physical toll. 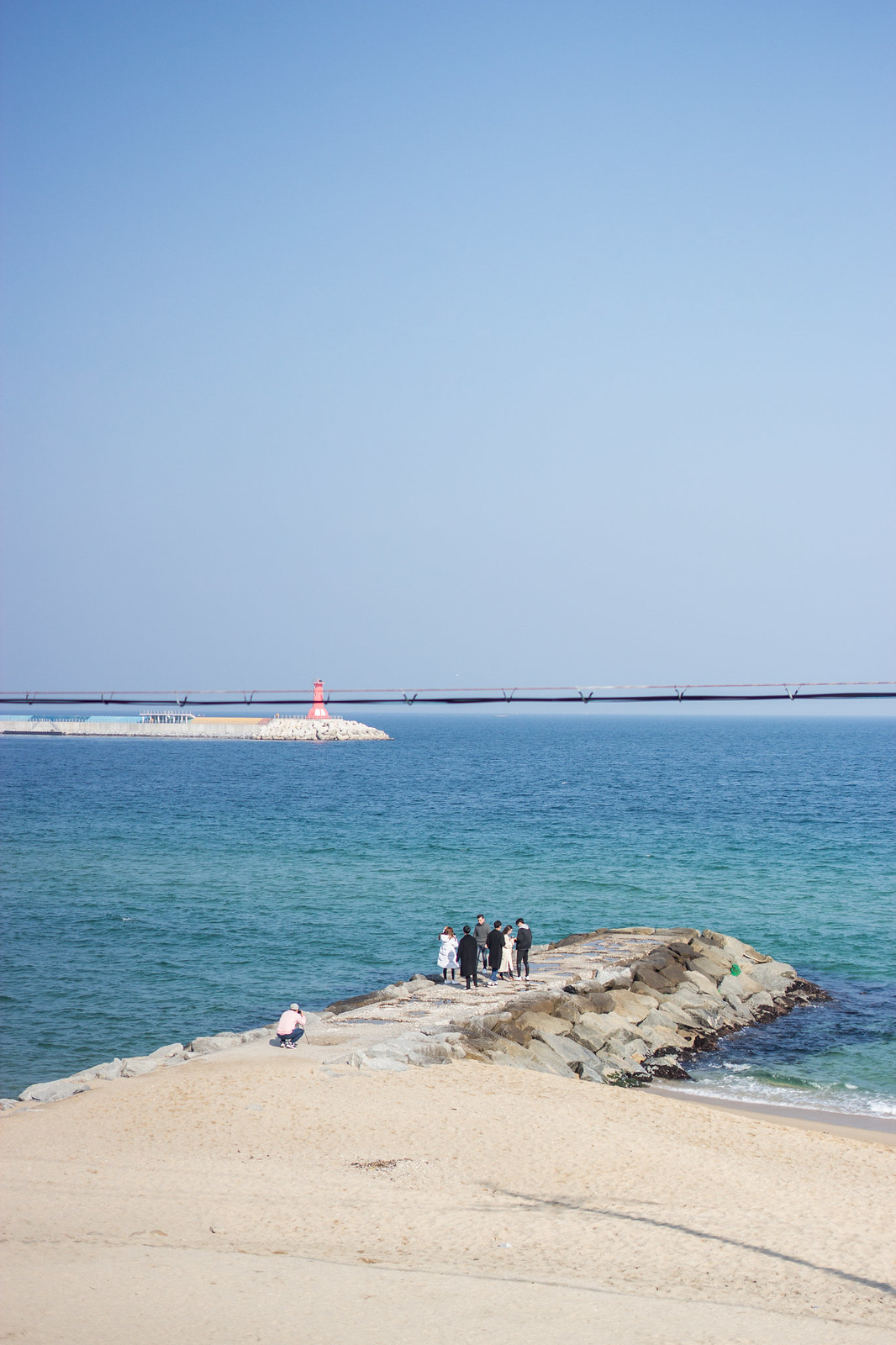 When we reached, I picked the most decent looking restaurant (called Lobstar) on the spot and entered. From the second level of the restaurant, there was a clear view of the several breakwaters extending out into the aquamarine sea. This included the specific breakwater that appeared in drama Goblin – it’s easily identifiable with a line of people waiting to snap some photos there.

After lunch and a mandatory photo op, we hopped back on a bus to Ojukheon, feeling ever so relieved that we didn’t wait long for it. This attraction is the birthplace and residence of historical figures Shin Saimdang and Yulgok Yi I – try to find them on the 5000KRW note and 50,000KRW note. Also spotted some beautiful trees in the color transition phase. 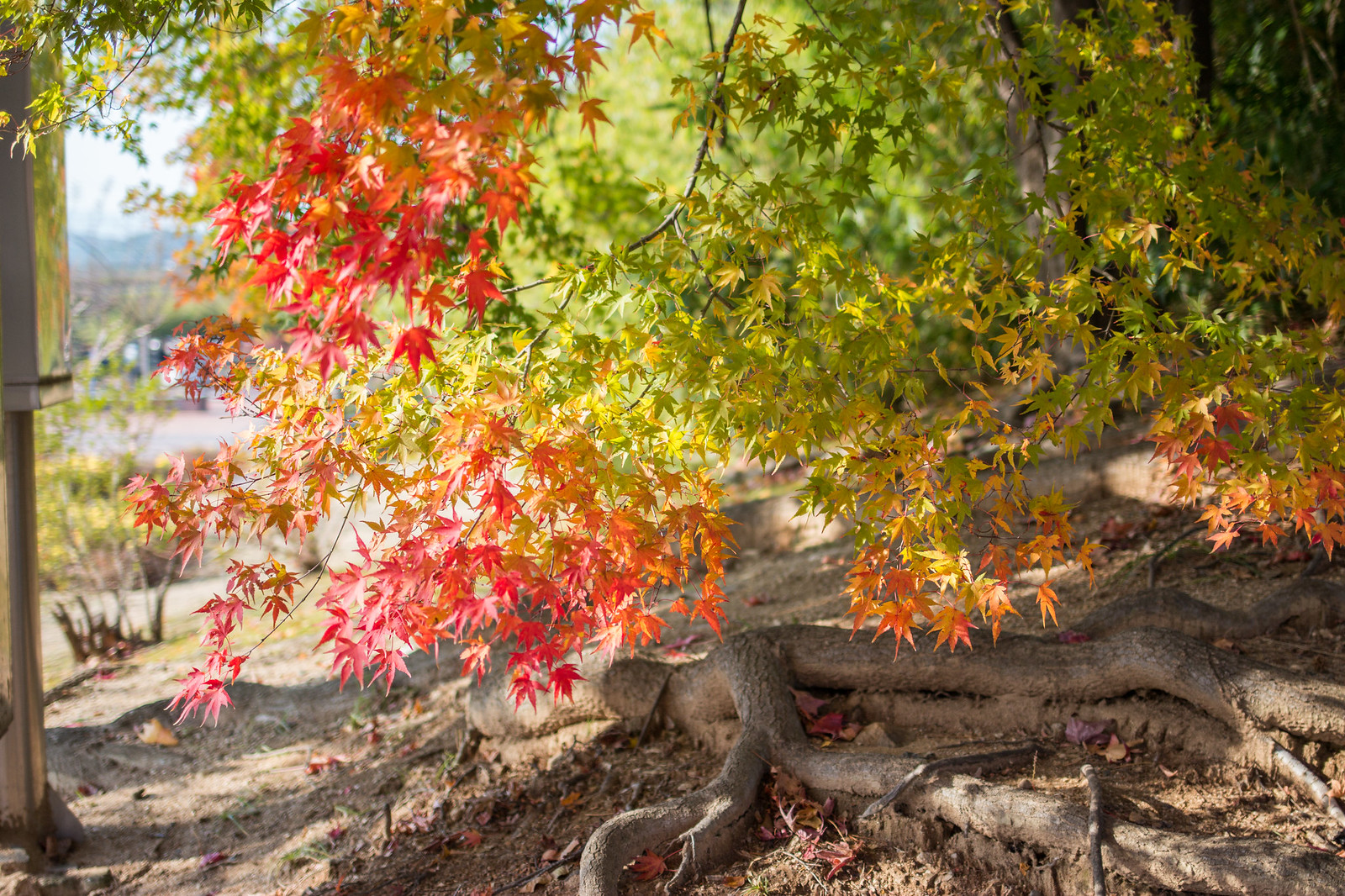 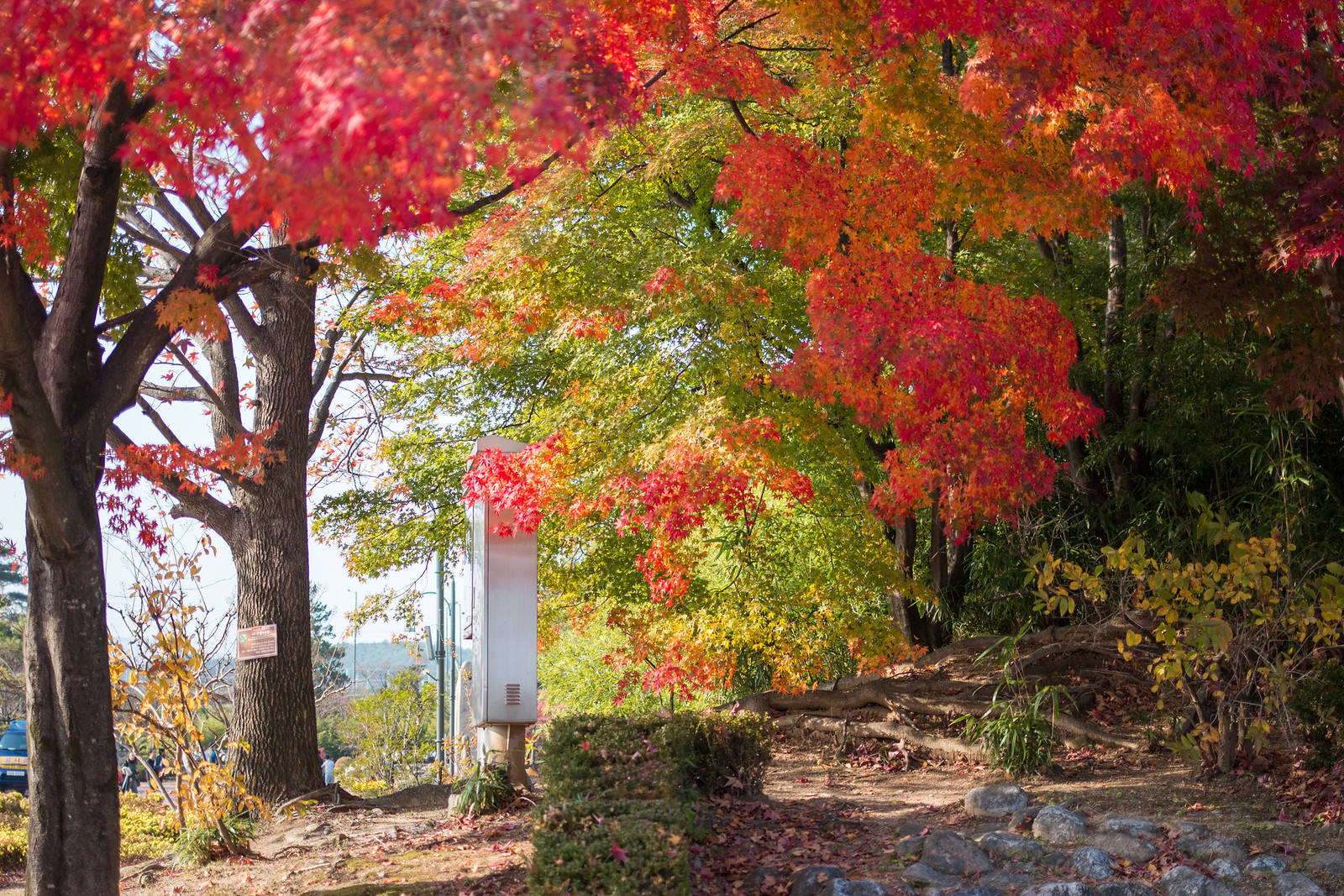 From Ojukheon, we went to Seongyojang House and spent a very short 15 minutes there before moving on to our planned dinner venue, the Chodang-dong Soondubu Village. By this time, we got pretty jaded from the bus rides and switched to taxis to commute. The ride by cab to the village took less than 15 minutes. 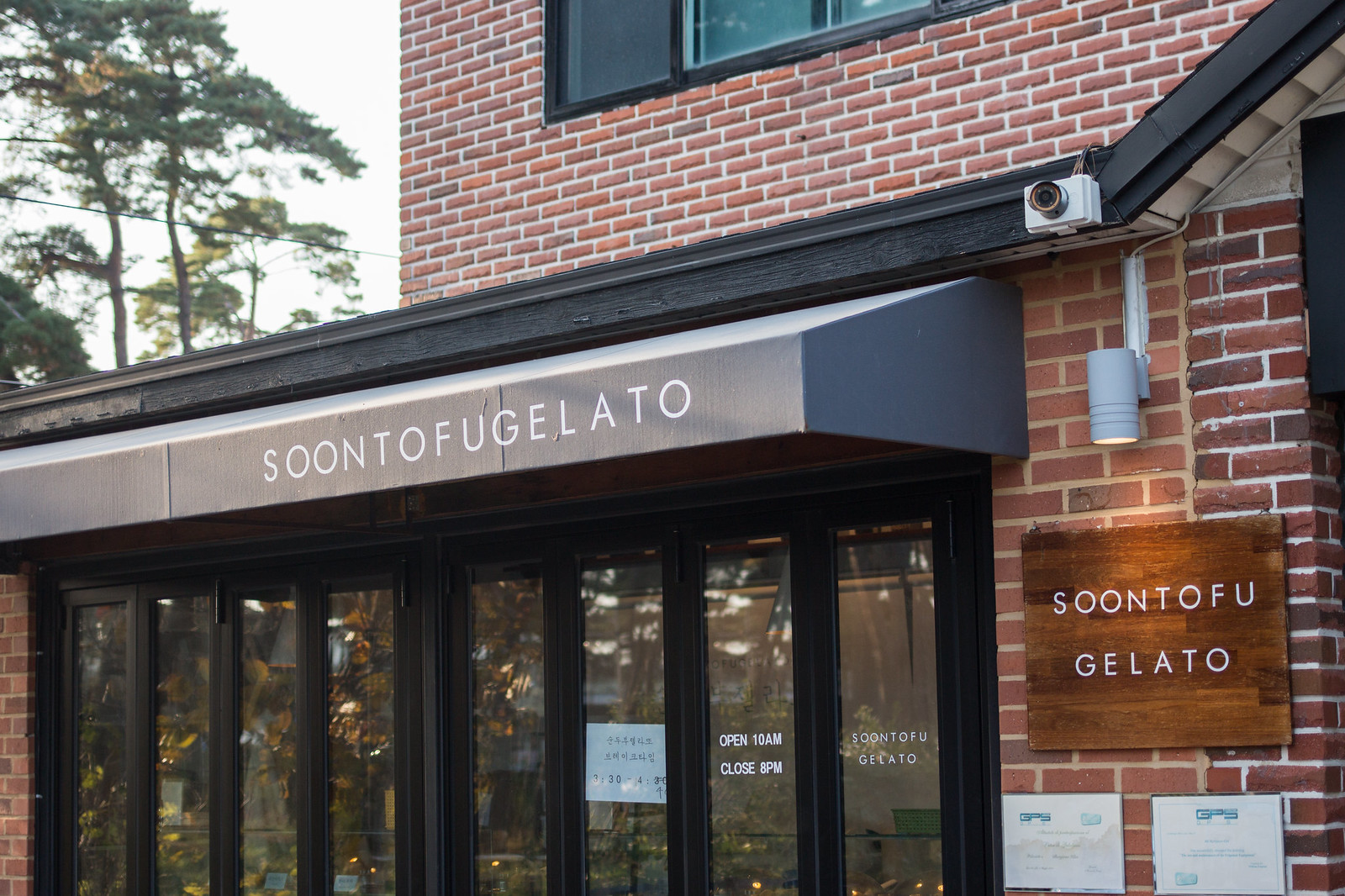 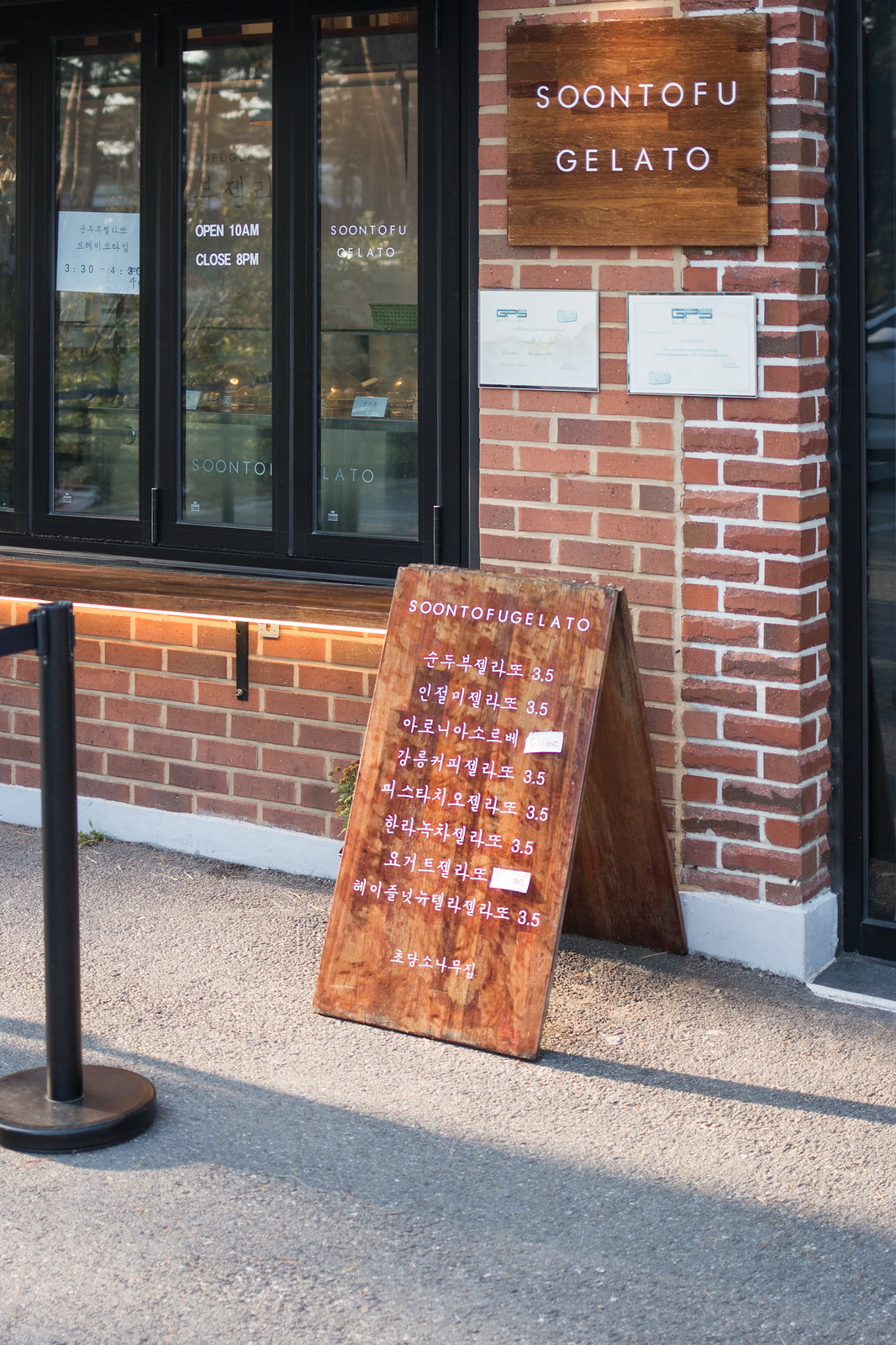 I found out about this village from a friend who highly recommended me the famous soondubu gelato from a store in the village. The unlucky me stumbled upon the ice cream store’s break time as soon as we arrived, so we took a detour on foot to the nearby Gangmun Beach (~15 mins walk) before returning. 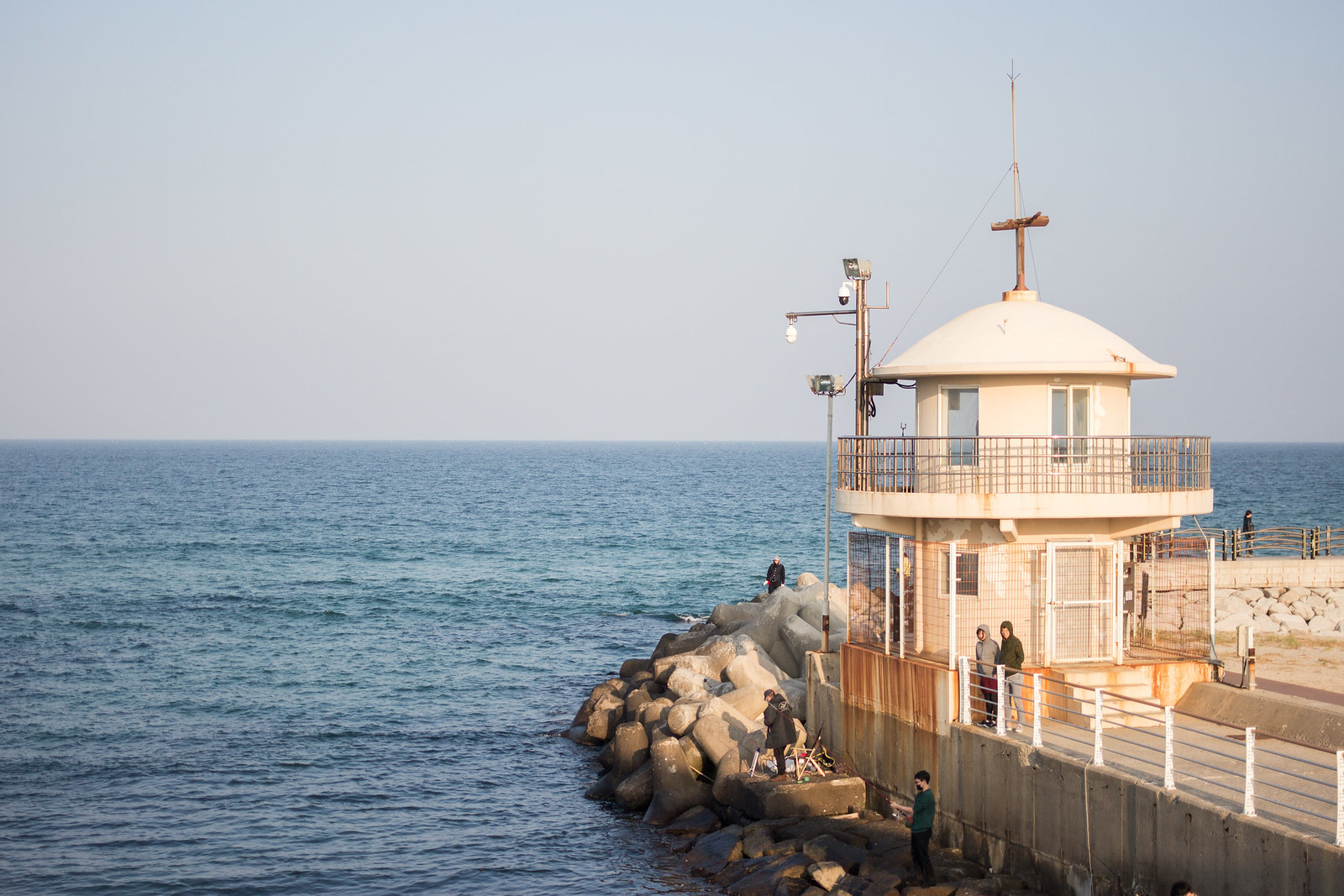 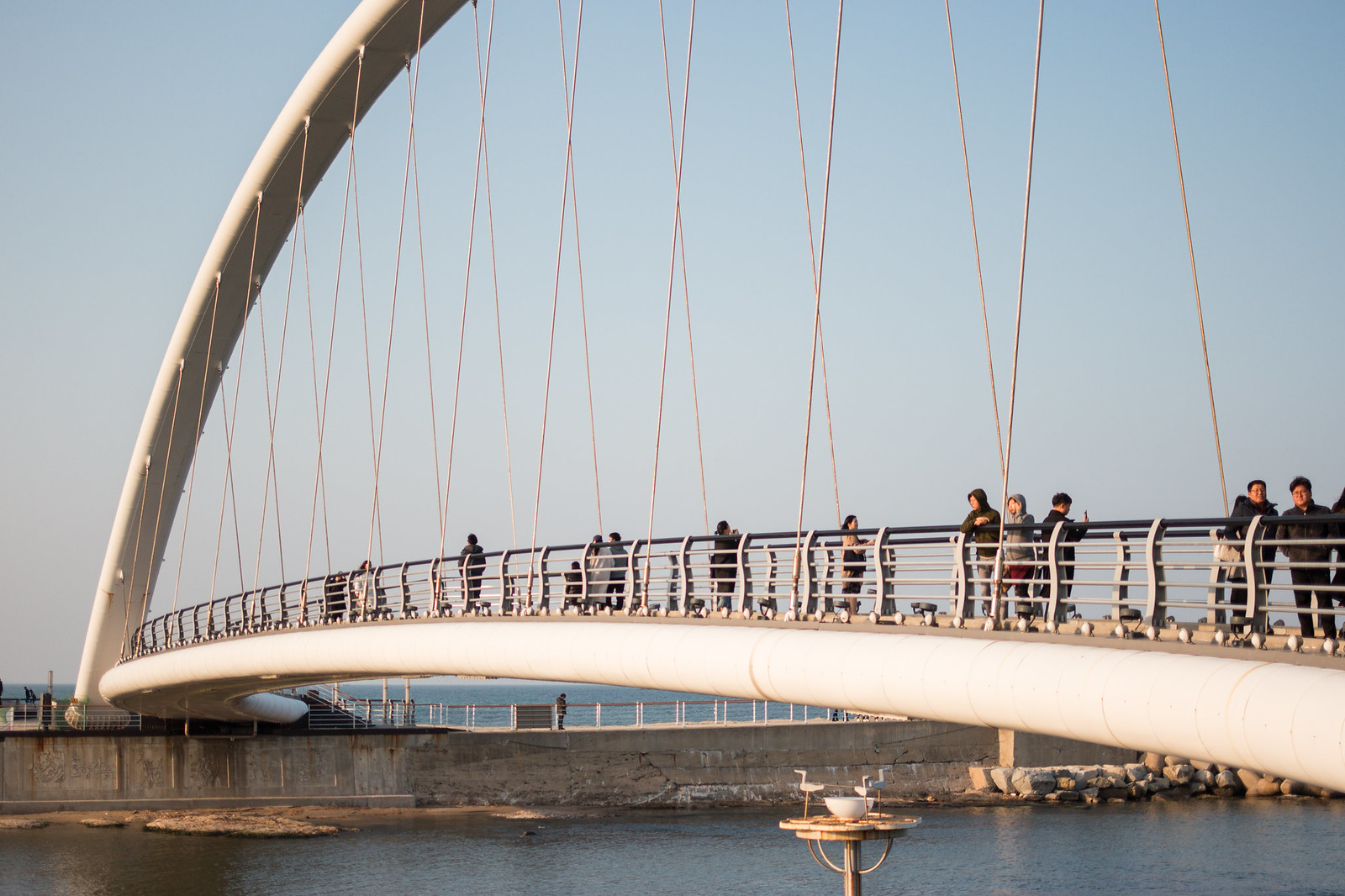 We ordered the Soondubu Gelato (3500KRW) and Halla Green Tea Gelato (3500KRW) to share. Tofu has been one of the most essential food in my life (I eat it almost everyday) so I was excited and had high expectations for the soondubu gelato especially. With its smooth texture, aromatic fragrance of tofu and light yet distinctive soondubu flavor, it hit my expectations easily. The green tea gelato was forgettable, on the other hand. 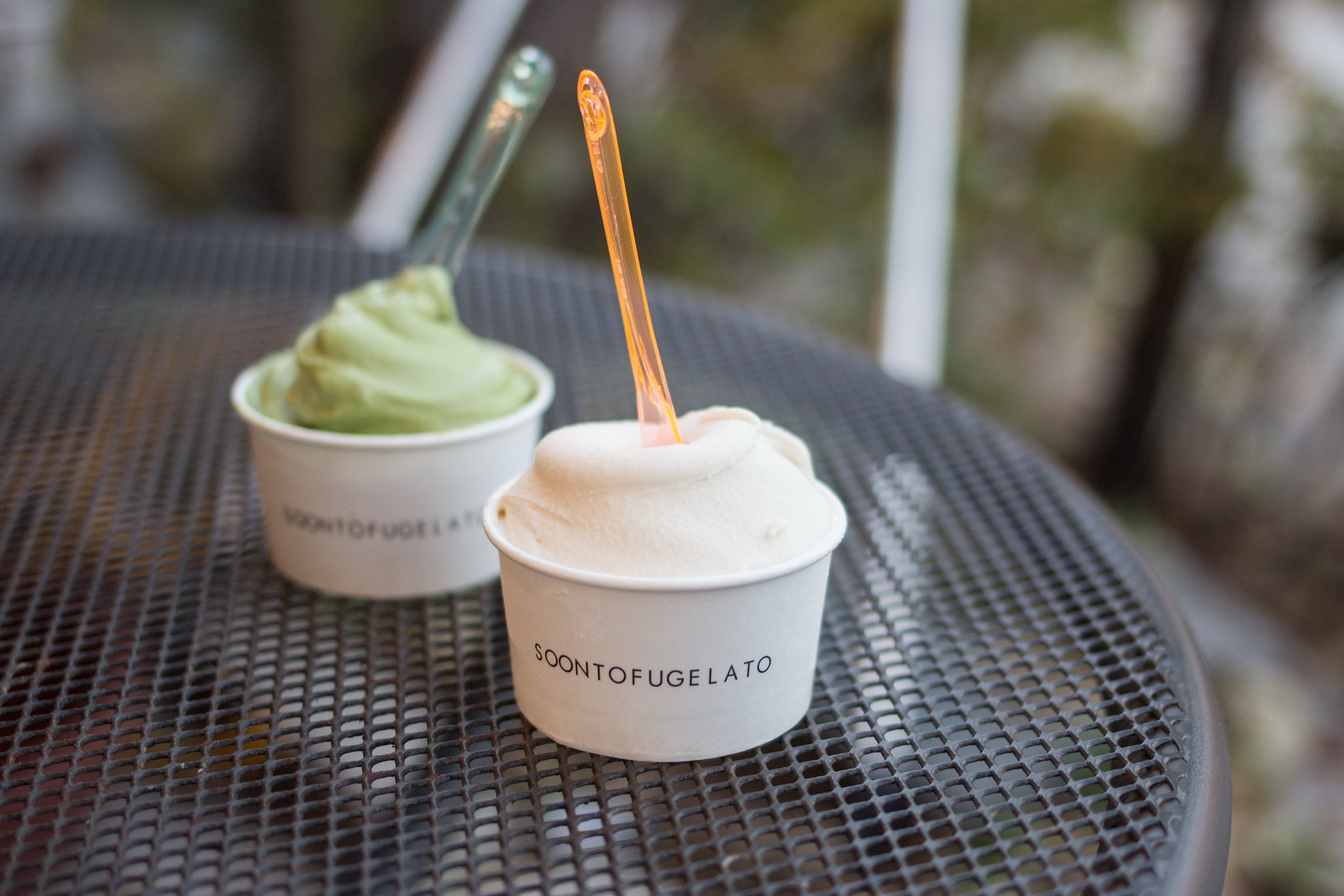 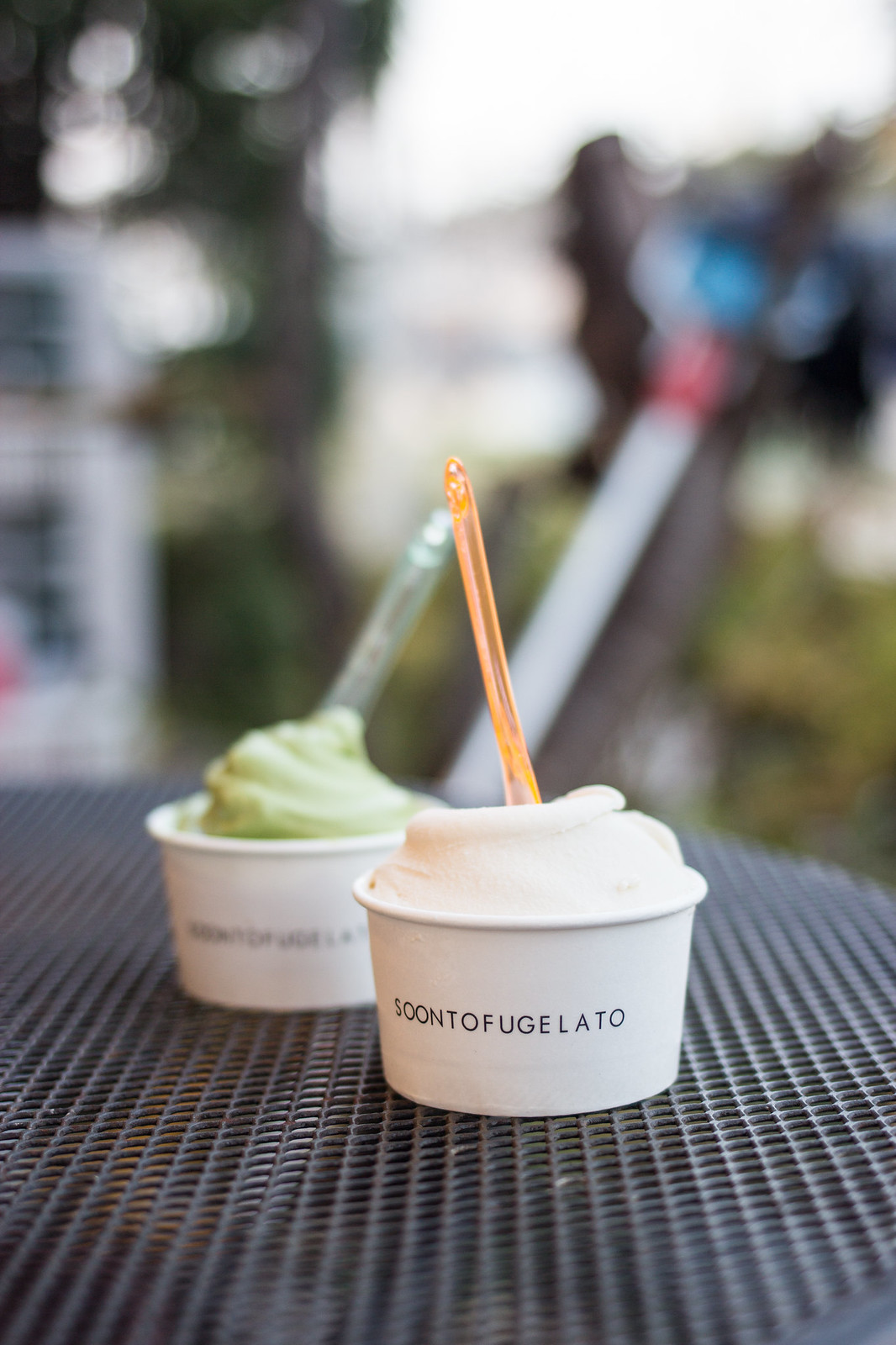 Unsure of which restaurant in the village served the best soondubu, we ate at the same restaurant which operated the gelato store to play it safe. The tofu here reminded me of the tofu my grandmother used to make. 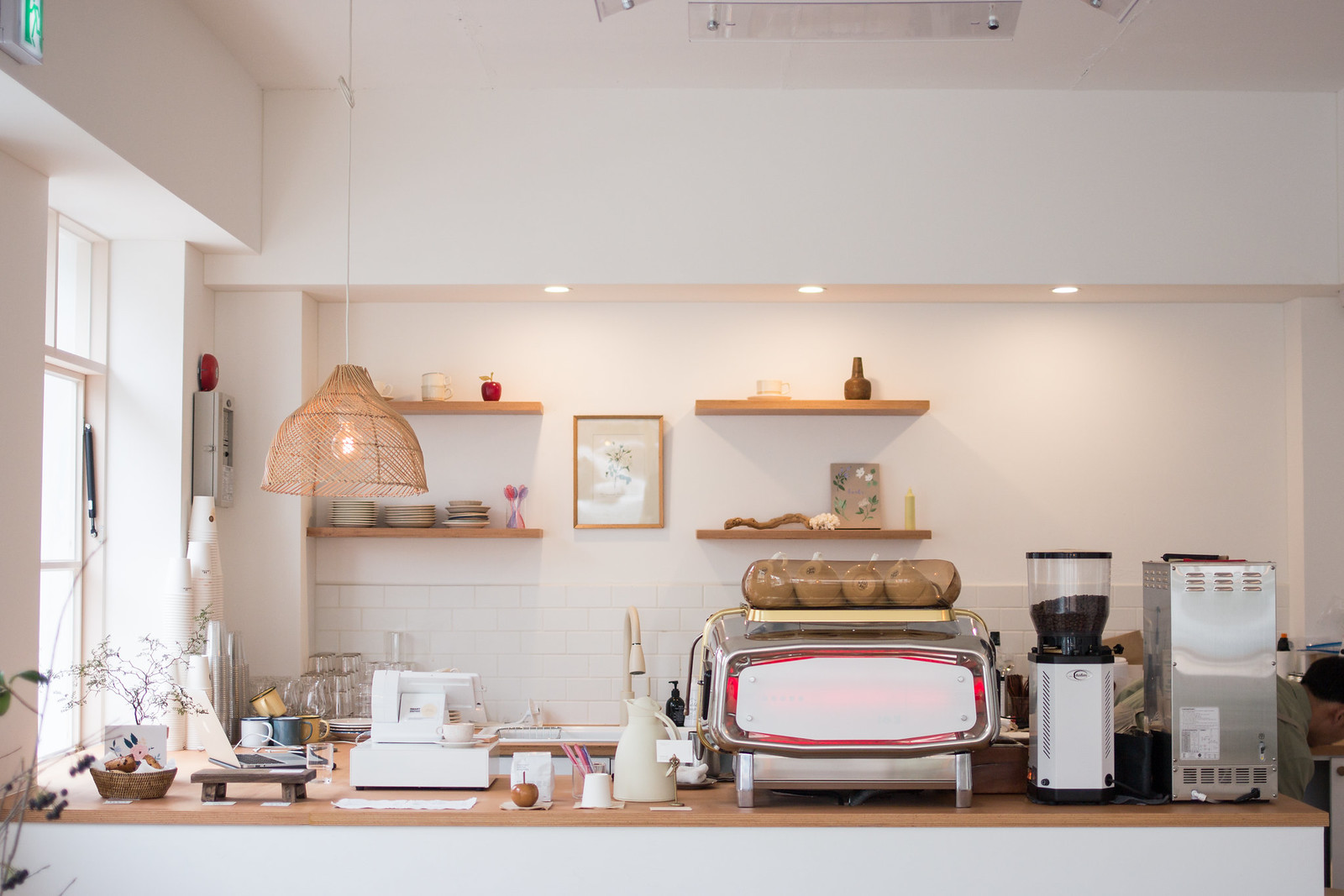 Nov 12 was a charming café and pit stop on the way to Gangneung’s Jungang Market that we looked up online and visited on the spot due to freedom of time on our second day. 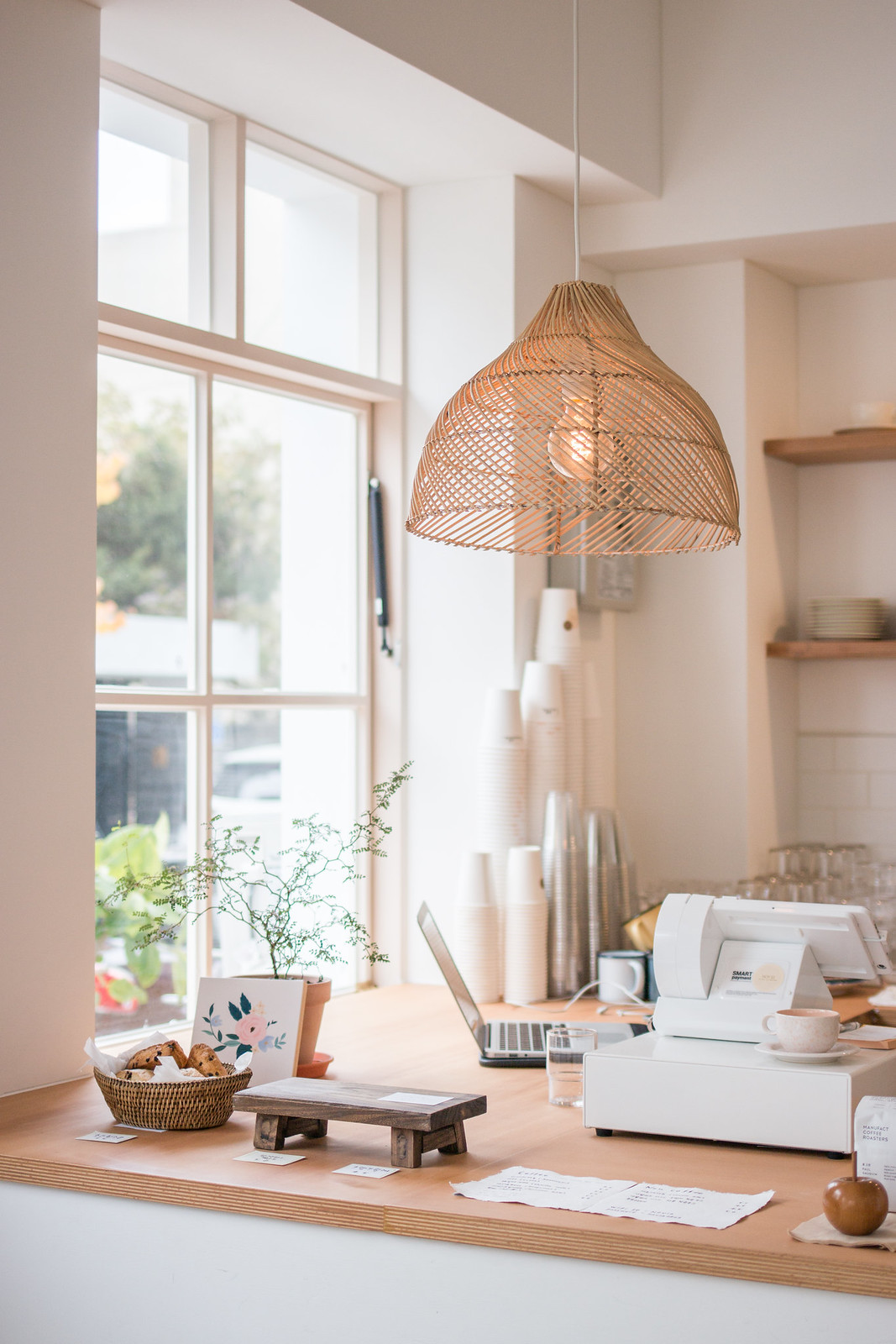 This small cosy nook, with its white walls and wooden furniture-filled interior, won our approval from the start when we entered as the first customers of the day. 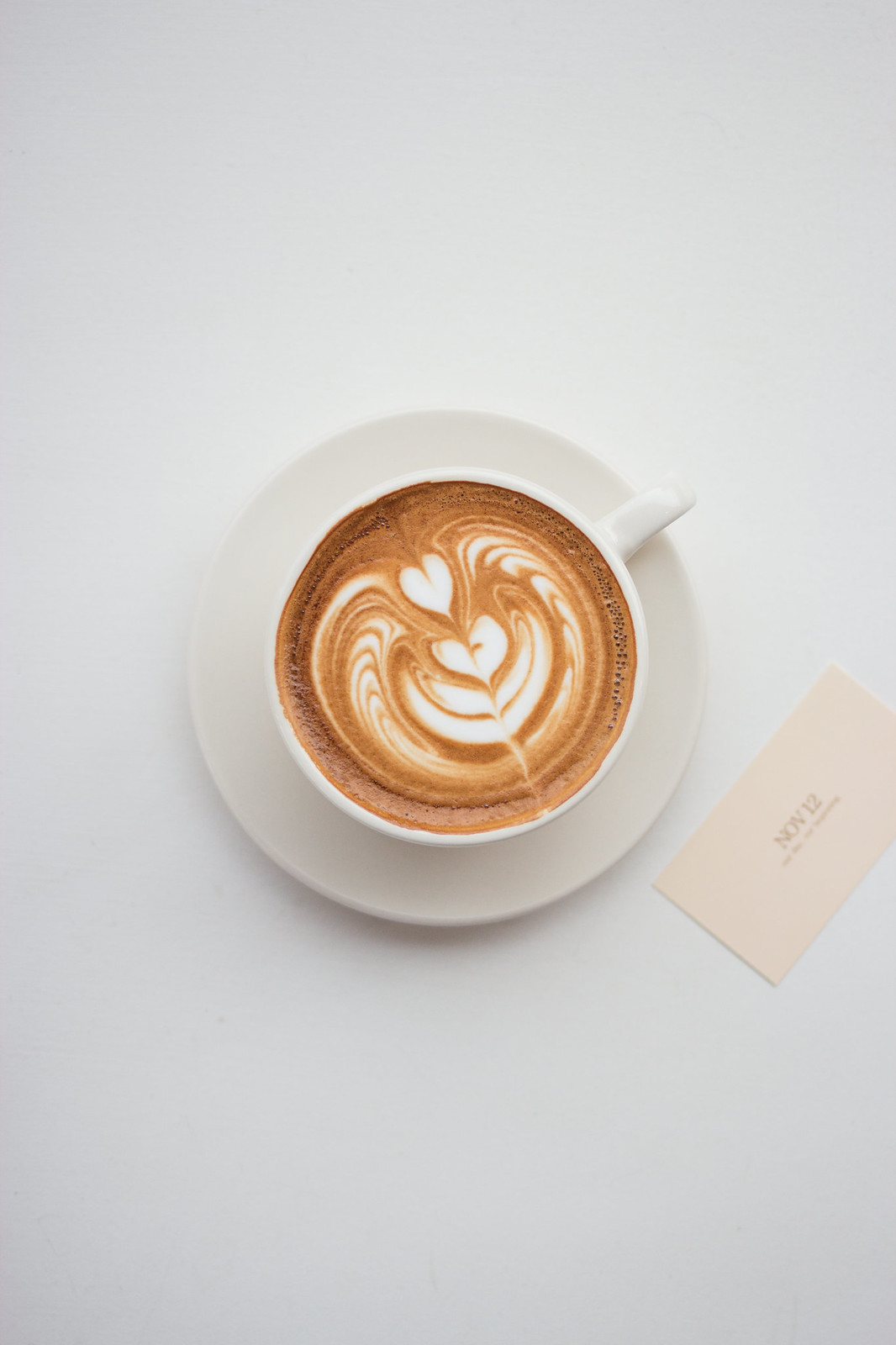 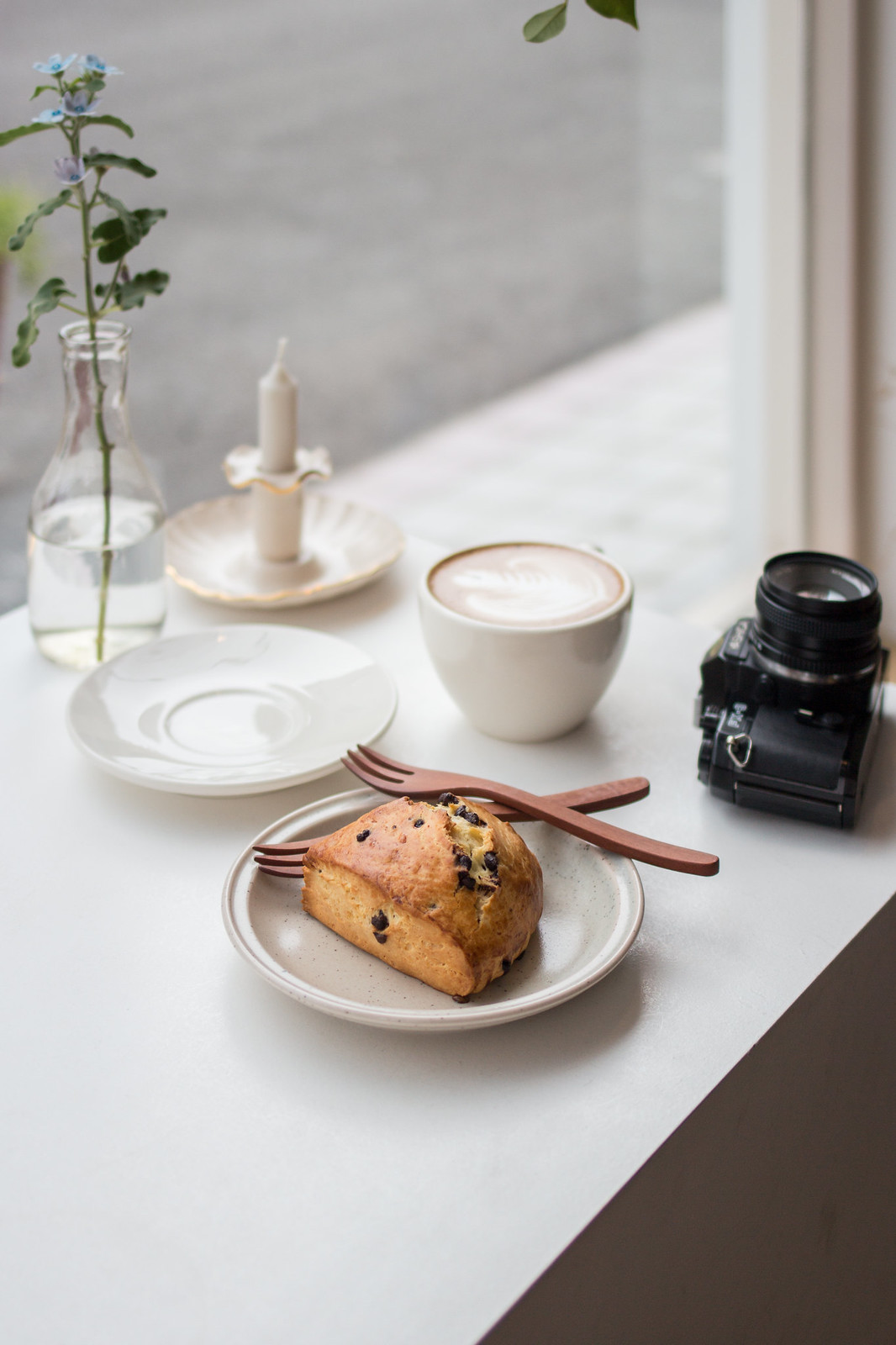 I had a Latte (5000KRW) and Chocolate Chip Scone (3500KRW), both of which were decently good. Turns out that the beans used are from Manufact Coffee. 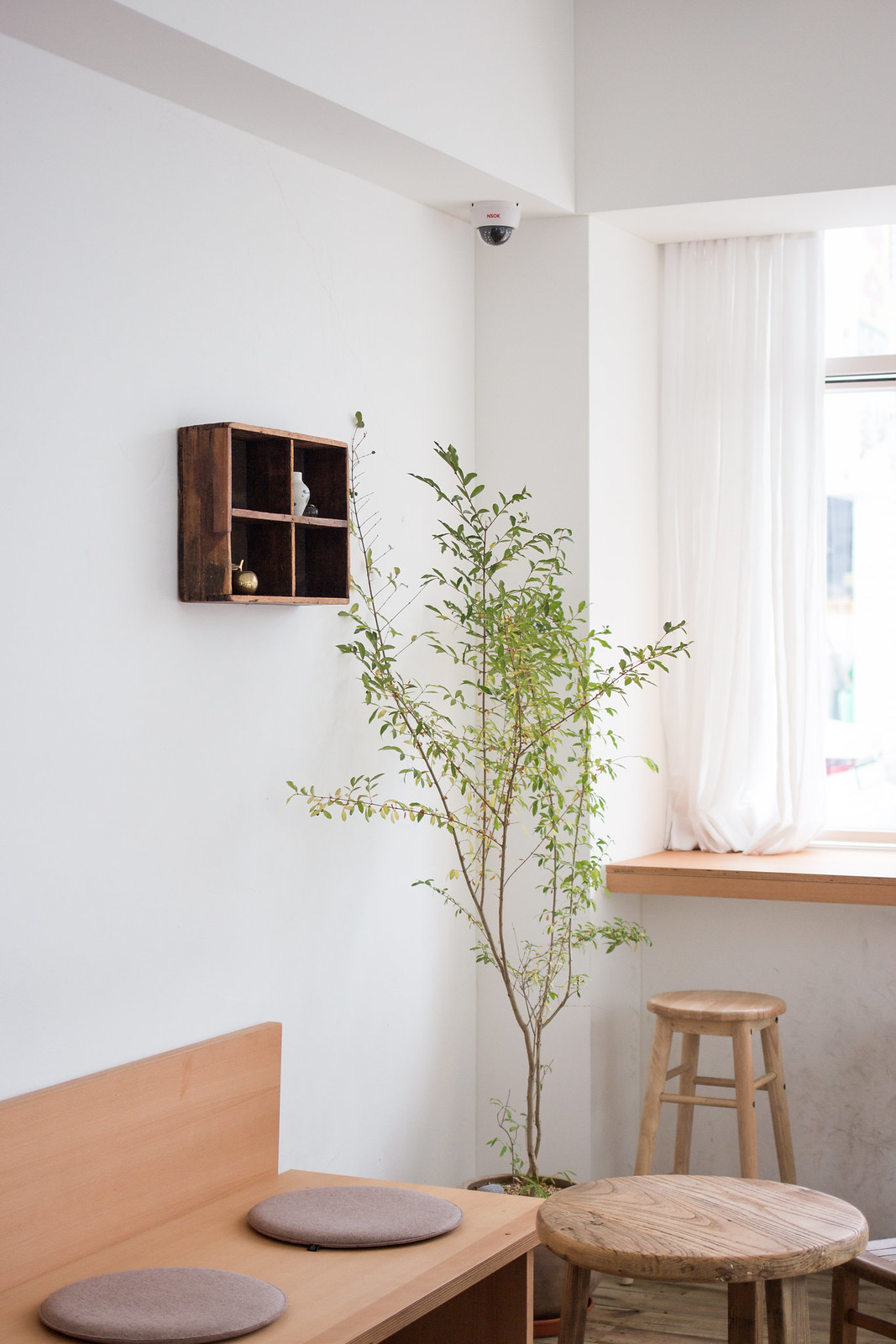 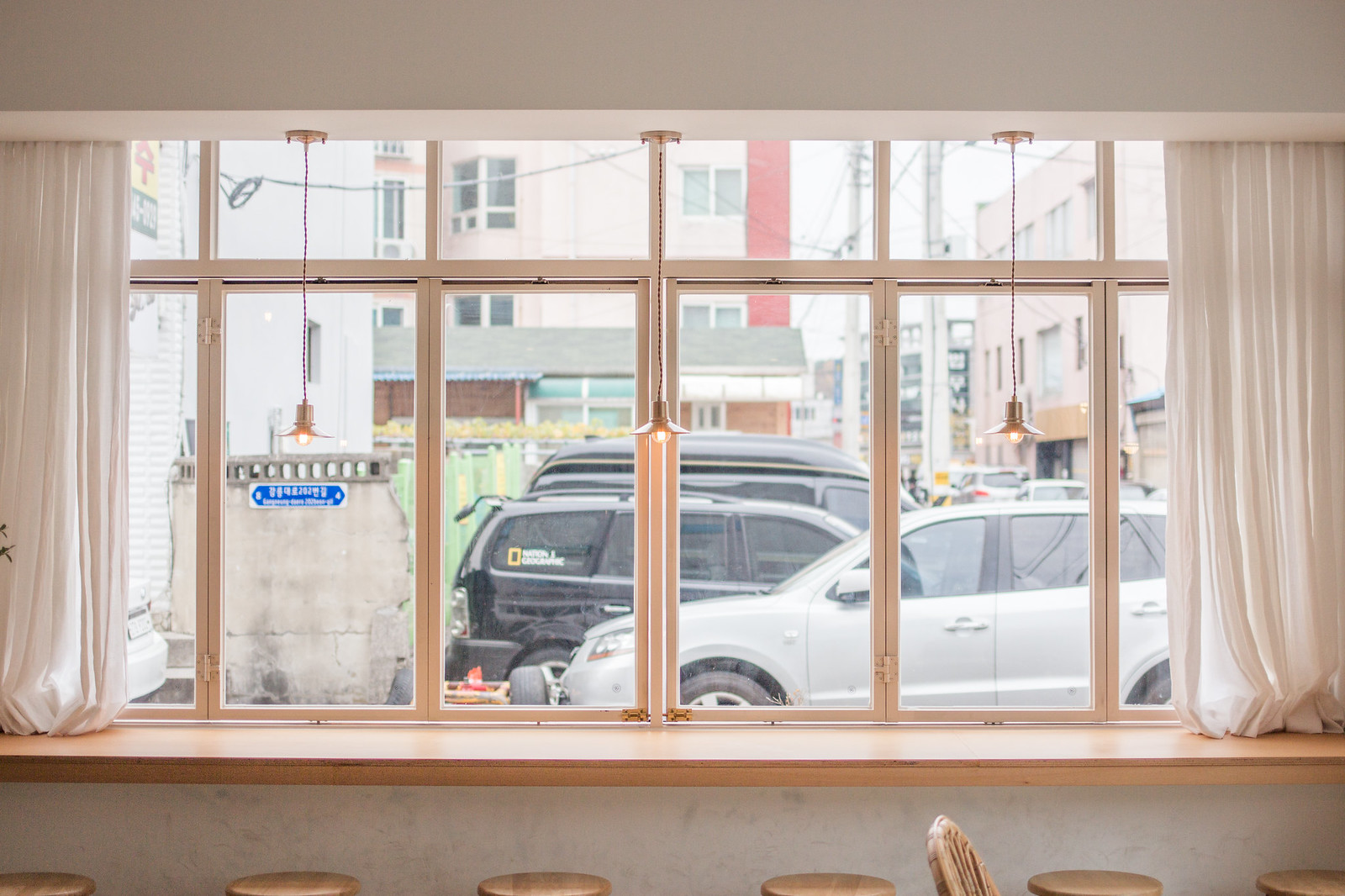 I usually visit the Jungang Market as a final stop in each city in Korea and try a couple of snacks from stores that boast long queues. At Gangneung Jungang Market, I tried the garlic bun – the best one I’ve ever tried.

One thought on “5 Places I visited in Gangneung”